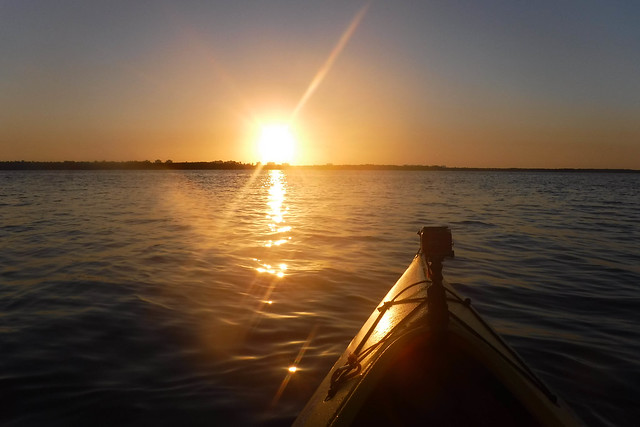 Some of my goals for 2016 weren’t kayak-related. I did manage to play my banjo with an ensemble a couple of times, and performed for others at the various places where Mrs. Wright was staying. I wasn’t able to travel as much as I would like, so I still haven’t checked Alabama and Mississippi off of my lists.

As for kayaking, I had two goals – to track my mileage for the year and to paddle in at least five new venues. I was able to accomplish both of those. As far as new venues, I paddled nine new locations: 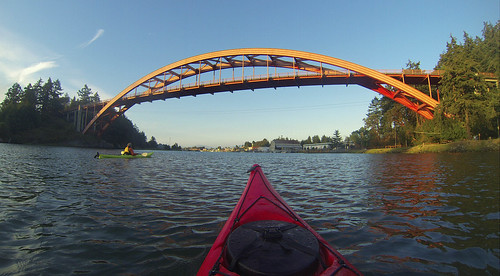 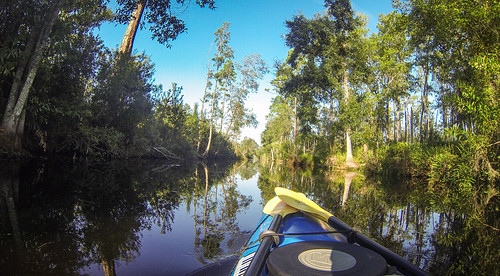 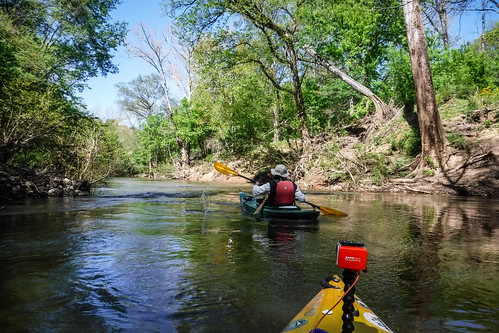 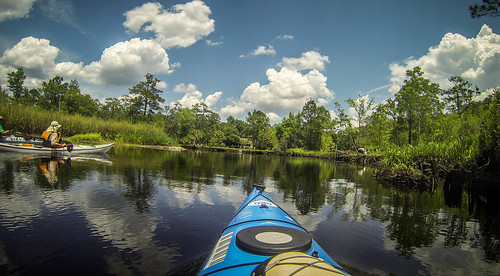 In addition, I explored new areas on Lake Jocassee and on the Indian River in Florida. 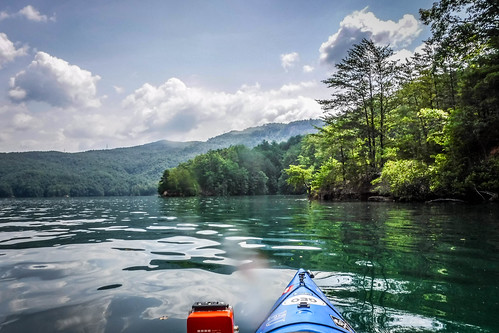 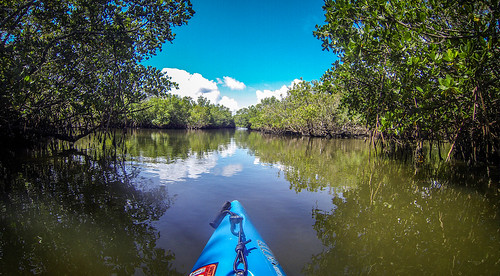 2016 seemed like an off year for Lowcountry Unfiltered, as well. Heck, even our Annual Edisto River Rope Swing and Beer Commercial Float wasn’t quite what it used to be. I wasn’t able to attend some of our monthly paddling trips, and a couple of them where outright cancelled. I usually pick up my new venues with that group. 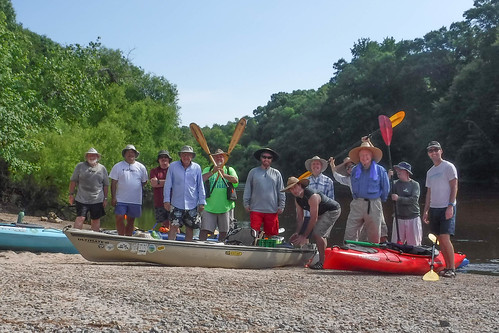 I did manage to connect with my friend Bennie Waddell and get him started in kayaking. We made plans to paddle every other week. Even though we frequently couldn’t keep those plans, at least we had a date on the calendar. Sometimes it was just a short jaunt out to Lake Oolenoy, but the point was to get on the water as often as we could. I think one of my 2017 goals will be to continue that practice. 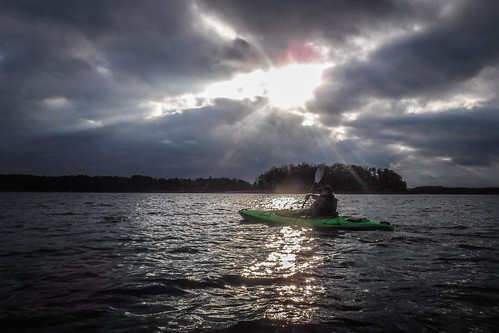 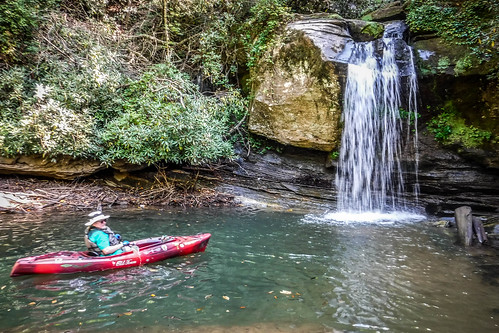 As for keeping track of my mileage, I’d already been doing that. I keep a GPS track of all my trips, not so much so that I will know how far I’ve paddled, but so that I can geotag my photos when I’m done. I just hadn’t been recording the mileage for the trips in an understandable fashion. I started recording the mileage in a Google spreadsheet, also making note of the state, venue, boat I used, and any comments. For 2016 I started with a First Light paddle on New Year’s Day, paddling out to meet the sunrise. That was the first trip I recorded. I’m not going to be able to replicate that for 2017, but my first paddle trip will be entered into a new spreadsheet.

I paddled a total of 213.7 miles. I honestly don’t know how that stacks up against previous years, but it’s a benchmark. Back in June I hit the 100 mile mark, and saw that I could easily do 200. I was able to hit that stretch goal with a trip around Andersonville Island. My trips on the Indian River over the holidays were just icing on the cake.

On the Church of the Double Bladed Paddle Facebook Group I saw others posting their year-end totals. My friend Tim Brown didn’t quite reach his 600 mile goal for the year, but he came close. Others had totals of from 600-750 miles. It made me wonder how they hit those numbers, and if it was something I even wanted to attempt. Part of it is greater access to water, and the other part is taking longer, faster trips each time. I’m not into paddling just for paddling’s sake. I like to see what’s out there, take photos, and actually explore. For that reason I don’t think my numbers will ever reach the 500 mile range, and that’s not a bad thing. Quality, not quantity. That’s why my goal was simply to RECORD, not necessarily to hit a specific number.

However, having thus recorded, I was able to do some analysis. My average trip was 5.4 miles. The longest one I recorded was 13.8 through the Okefenokee Swamp, and the shortest was 1.25 miles through Lansford Canal.

I created two pivot tables based on my column headings. First, I listed the venue versus the state. This would give me the total per state, as well as the total per venue. This was particularly helpful for return trips to various venues, like the Indian River. 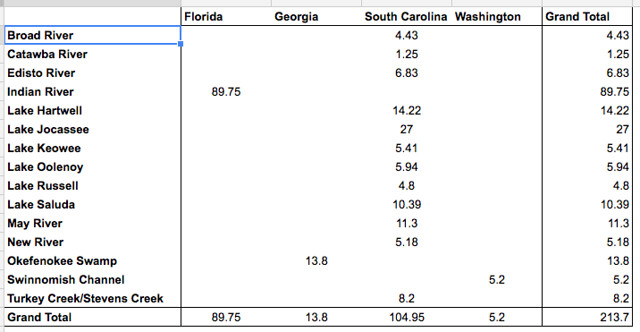 From this I can see that I paddled almost as much in Florida (89.75 miles) as I did in South Carolina (104.95 miles.) However, all of the trips in Florida were from a single launch point – Amy’s boat ramp on the Indian River. So, by far and away that venue has the most miles of any other. Of the South Carolina trips, I spent more time on Lake Jocassee, with Lakes Hartwell and Saluda coming in second and third. I took one trip in Georgia on the Okefenokee and one in Washington on the Swinomish Channel.

The second pivot table compared the venue with the type of boat.

The boat I paddled most often was my Wilderness Systems Tsunami 145, at just over 90 miles. It’s a big, comfortable boat, and I use it for my long-distance paddles on lakes and flat rivers. It’s fairly fast and glides over the water. 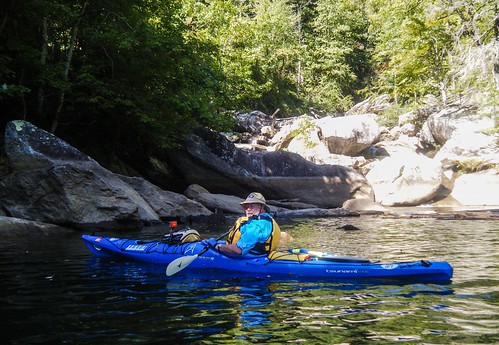 A surprising second was my Wilderness Systems Pamlico 145T Tandem at 63.5 miles. I’ve actually left this one down at Amy’s house so that I don’t have to haul a kayak to Florida every time I want to paddle. Laura and I found it a bit unstable as a tandem, so I have it configured for solo paddling. In that configuration I’ve been impressed with it so far – it’s fairly quick and has LOTS of storage. I think I could get quite a bit of camping gear in this thing if I wanted. 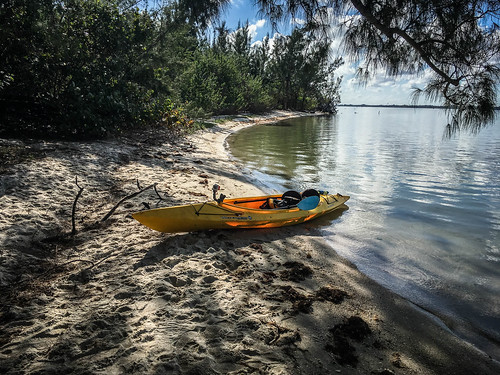 Coming in third is my trusty Wilderness Systems Pungo 120 at just about 50 miles. This one is smaller than the Tsunami and not as fast, but you have easier access to gear. It’s great for smaller venues, rivers, photo journeys, and trips where I know I’m going to be getting in and out quite a bit. It even does well on lakes. If I hadn’t been making so many trips to Florida, this one would probably be second on my list. 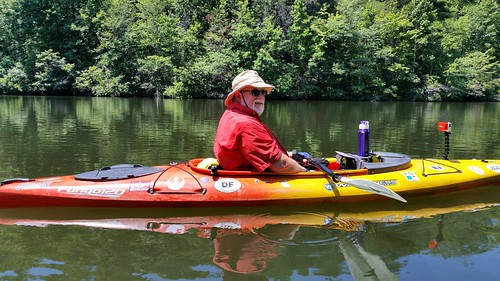 Of course, I have no clue what 2017 will hold. I’m sure we will be making lots more trips to Florida, so you can count on the Indian River getting high mileage. I hope to keep my regular paddling trips with Bennie, Alan, my brothers, and the guys from Lowcountry Unfiltered. Things will be a bit different, though, because in August we move out to Washington State for a year. I will be living right on the water, but I don’t know how that will translate into increased kayaking opportunities. I’m definitely carrying at least two boats out there with me. I’d love to hit some venues across the country as I drive out, but that might be hard to do with cats and everything we haul with us.

Regardless of what 2017 holds, I’ll keep track of it. This has been a fun experiment, and I want it to continue. I don’t think there is such a thing as a “normal paddling year,” but the only way to really tell is look at the numbers. 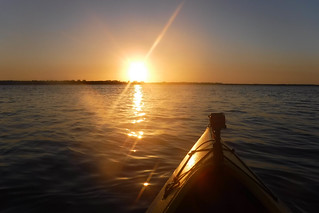