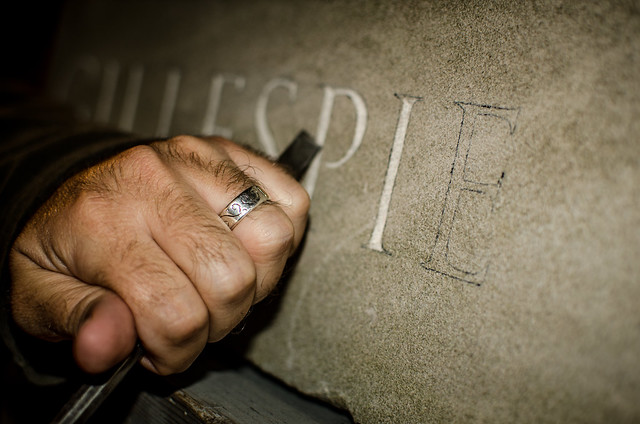 After a long delay, the second episode of the RandomConnections podcast is now online. “The Stone Carvers” is the first episode in a series I’m calling “The Tapho Files.” This episode looks at the artisans that carve headstones.

taphophilia – a love of funerals, cemeteries and the rituals of death

The audio for this episode came from a variety of sources. When Alan Russell and I did our grand cemetery ramble a couple of weeks ago we captured some audio, and I had lots of contributions via the website.

What I consider to be the most exciting part of the podcast, though, is an interview with J. David Gillespie. David is an expert on 18th Century stone carving techniques, and the author of A Brief Treatise on Tomb and Grave Stones of the Eighteenth Century. David was kind enough to give me a demonstration of his art. 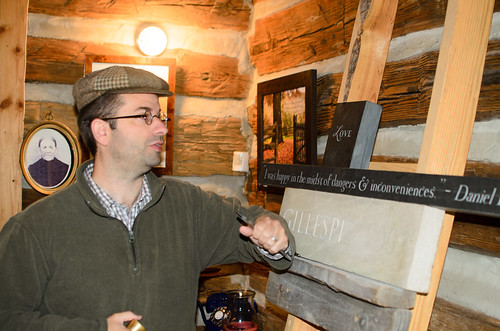 David began by carving out a few letters on limestone. As he carved, he described the process, and pros and cons of different types of stones, and the different lettering styles he uses. 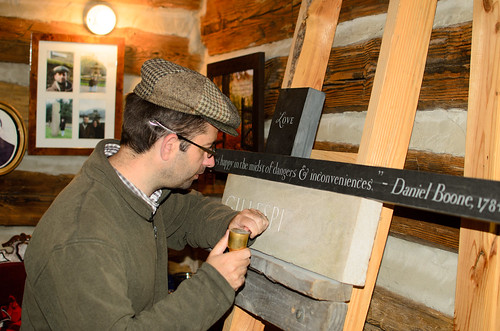 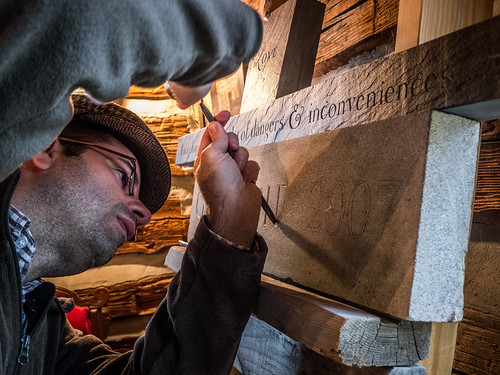 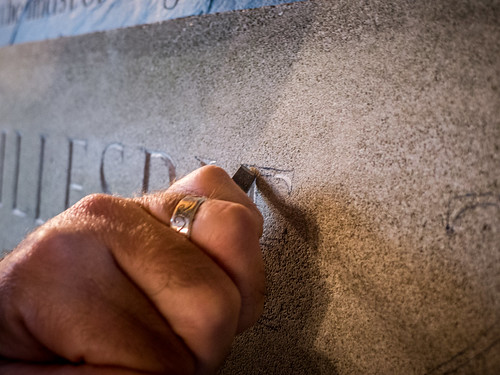 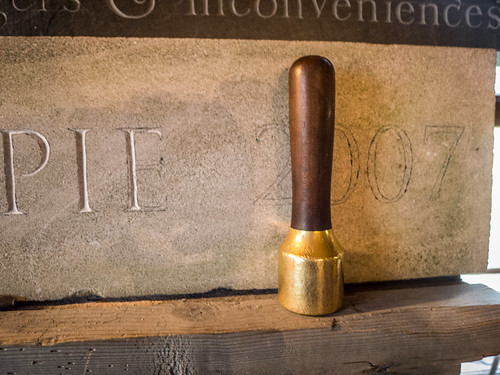 Scattered around David’s frontier-styled log cabin were stones in various stages of completion. One ten-foot slab leaned against a wall, awaiting its inscription. 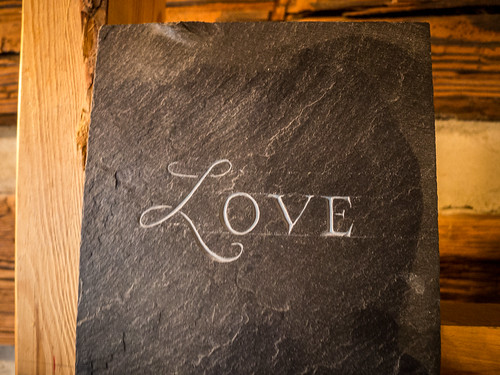 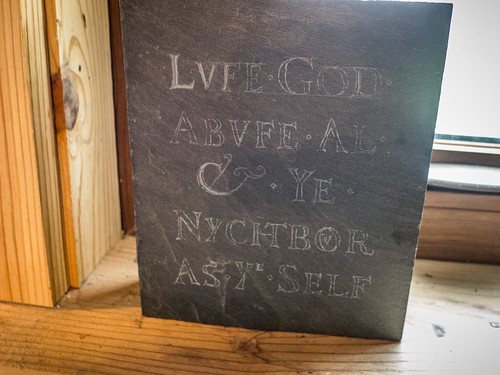 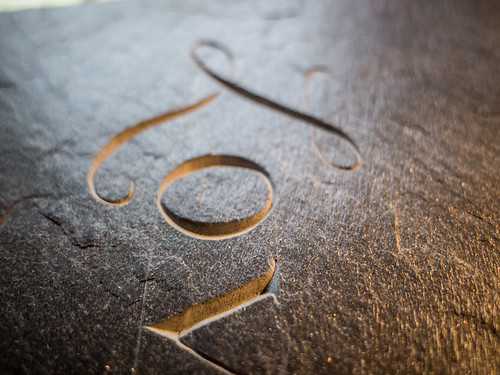 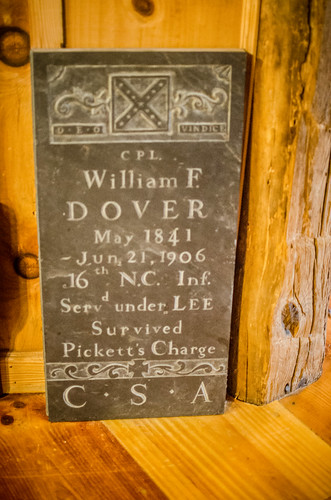 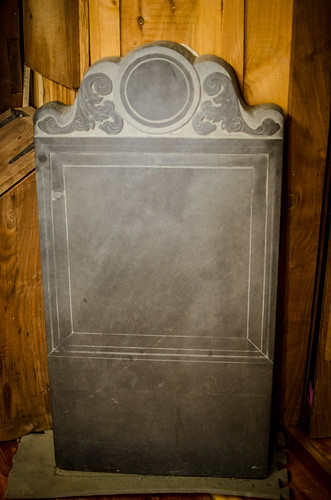 David and his wife are colonial re-enactors, and their home reflects their interests, adorned with flintlock rifles, ad other artifacts. In addition to the headstones, David makes flintlock rifles and banjos. His wife, Renee, does spinning and dyeing. 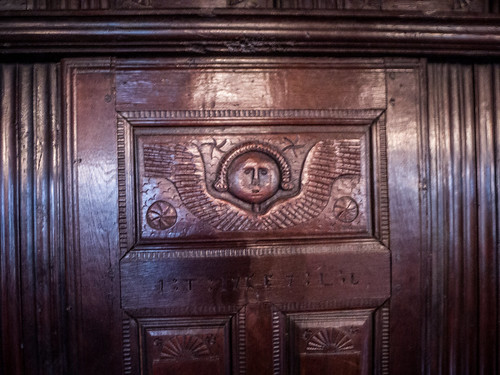 It was a fantastic visit with David, and we discovered that we have many similar interests. I could have stayed there all morning, but David had stones to carve.

As for the podcast, I’ve got lots more material regarding cemeteries. I’ll be interspersing these with episodes on other topics. I’m hoping that there isn’t another two-month lapse between episodes.

I’d love to hear feedback on this episode, and please visit David’s site and check out his work.