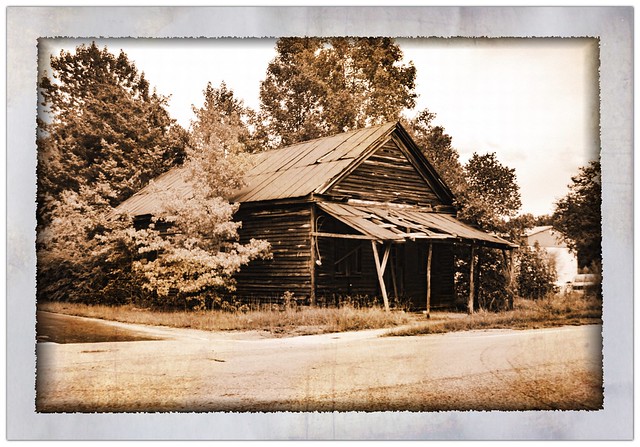 It had been a long day. I had gotten up early and driven down to Orangeburg, then followed the Tobacco Trail along US Highway 301 through Orangeburg and Clarendon Counties. I had crossed over into Florence County into the town of Olanta. I thought about pushing on to the town of Florence, but when I checked my GPS I saw that it was going to take several hours to get home as it was, so it was time to head back. Even so, I made a couple of stops and detours. These were interesting sights worthy of documentation, but I didn’t think they fit with the Tobacco Trail narrative.

I had just come through Turbeville, SC, and was heading northeast on US 301. Just before the Clarendon-Florence County line I spotted a sign pointing toward Woods Bay State Park. I decided to check it out. 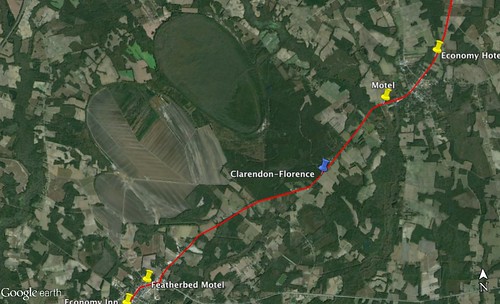 The Carolina Bays are a geological anomaly. These oval indentations can be found all along the Atlantic seaboard. It was once speculated that these were the result of a meteor impact because they tend to be aligned the same way. 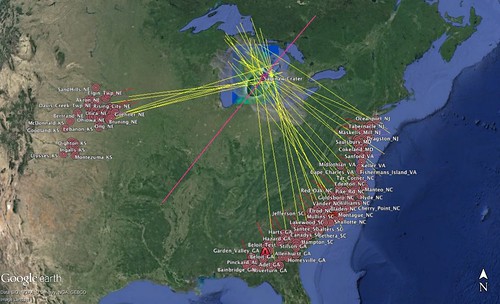 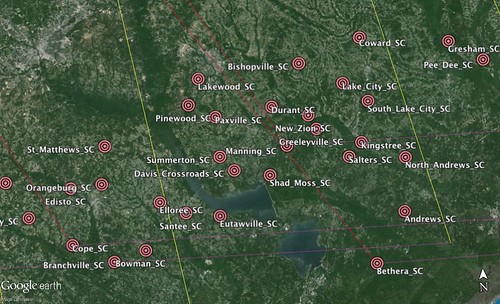 That theory is intriguing, but has since been dismissed. Regardless of the origin, these bays represent unique biomes in the low country.

Woods Bay State Park is actually in Sumter County, but its address is in Olanta, which is Florence County The bay actually straddles those counties plus Clarendon. My route to the park took me across two county lines. I pulled in to find I was the only one there. Even the visitors center looked closed.

I started out down the trail, not sure of what I’d find. I didn’t know if it would be an open pond-like structure, or what. The trail wound through a wooded area with cypress and tupelo. Eventually I reached a small boardwalk over a swamp area. Several herons flew overhead. As I walked along I spotted about a half-dozen immature alligators along the banks, and one larger one in the water. 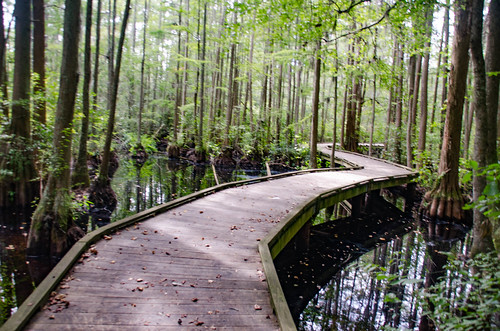 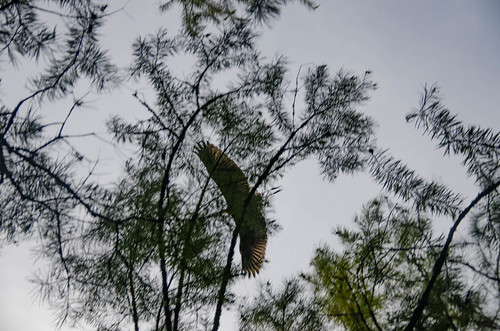 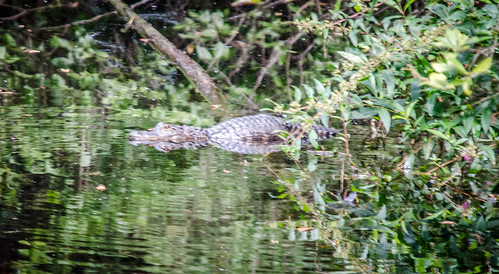 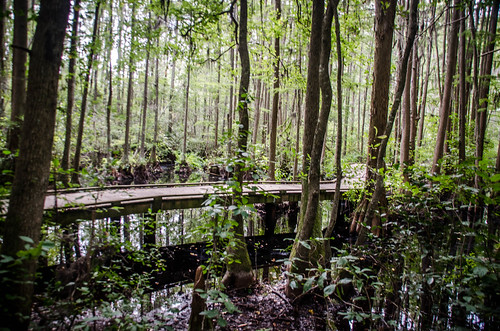 I really didn’t have much time for anything more. I would have loved to have explored further, but I walked to the end of the short boardwalk, then headed back. When I got to the car one other couple had arrived to have lunch under the picnic shelter.

I returned to my original route on US 301 heading northeast. The only real sign that I had crossed from Clarendon County into Florence County was a change in the pavement. For some reason, I was thinking that Olanta was still in Clarendon County, and that had been my final target for the day. When I got there I checked my GPS to see how long it would take to get home, and was a bit surprised. I needed to get going. I left the Tobacco Trail for another day, planning to pick back up with Olanta and proceed from their for the next leg of the exploration.

I took SC Highway 341 northwest out of Olanta. I crossed I-95 and wondered briefly if that would be faster than the route my GPS had platted for home. To be honest, I was a bit confused about my location. I don’t get down this way, and don’t have a good feel for directions and distances. Normally I always keep a paper map at the ready for this very reason, but for some reason I didn’t have one. Lessons learned – always have a paper map.

First up was the Lynchburg Presbyterian Church. This is a white wood-frame church in Greek Revival style. It has double entrances, and the upper row of windows indicates an old slave gallery. 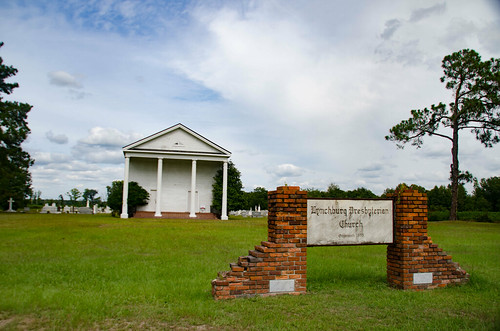 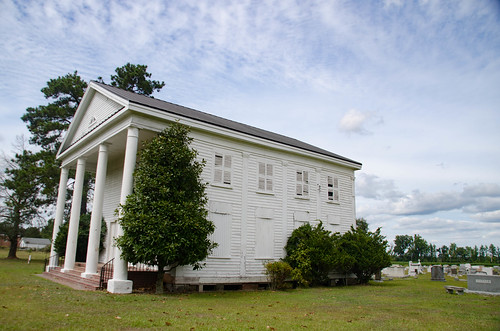 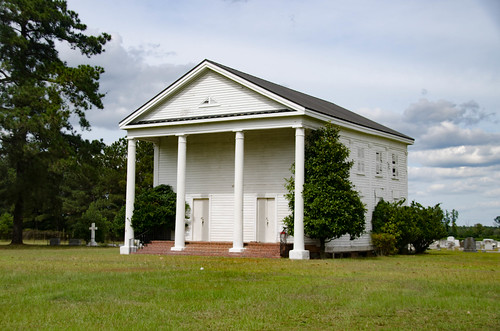 A historical marker on the site indicates that the church was built in 1855. According to the marker, this community was the original site of Lynchburg. When the railroad came through a mile to the north, the town of Lynchburg was relocated, and this community became South Lynchburg. 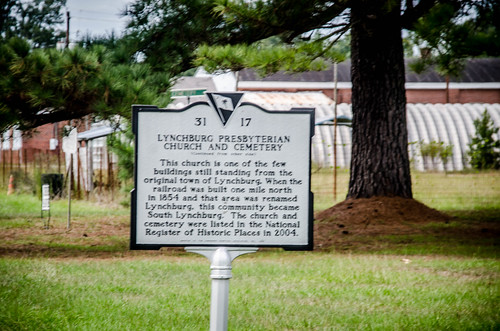 The church and cemetery are on the National Register of Historic Places. I didn’t take time to explore the cemetery as I usually would.

At the crossroads before I got to the church I spotted two old country stores. I headed back the 100 yards or so to get a shot of those. 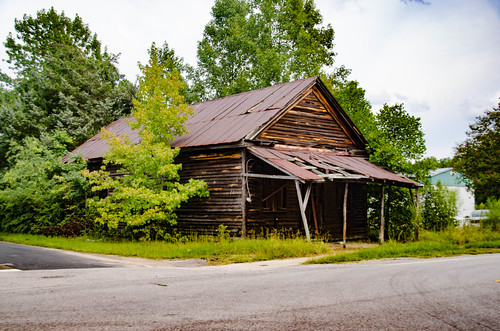 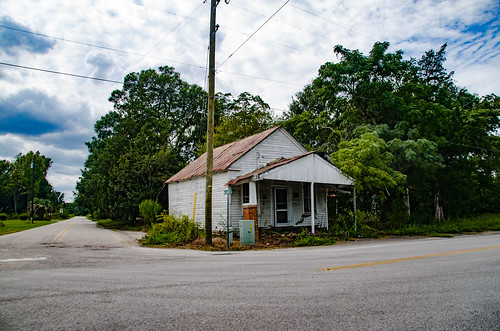 Just north of the church was an old school now serving as a community center. 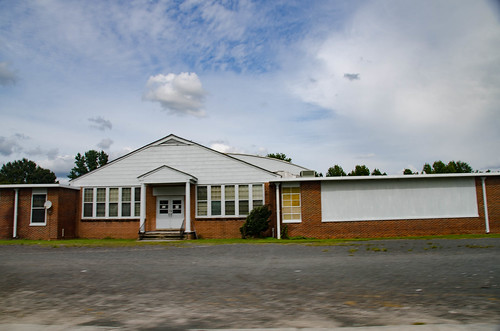 The “new” town of Lynchburg grew up along the railroad crossing with state 341, originally known as the “Mecklenburg Road.” Back then it was the main route from Charleston to Charlotte, and was an unpaved dirt road as late as 1934. The small farming town was incorporated in 1905. I was able to find a Sanborn Insurance map from 1935. 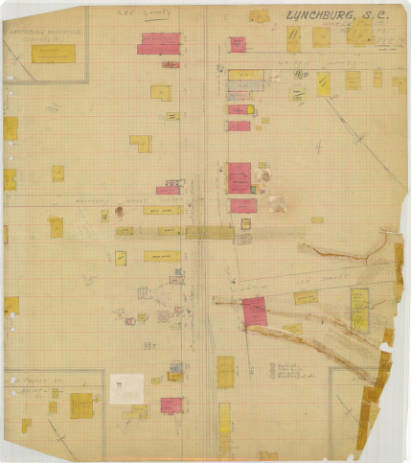 I crossed US Highay 76 just a couple of blocks before reaching the original Main Street along the railroad. Main Street runs north of the railroad, and Magnolia street runs parallel to the south. This stretch of the town looked pretty much like a ghost town. There were some neat old buildings with interesting architecture. This old service station with a corner drive-through caught my eye. 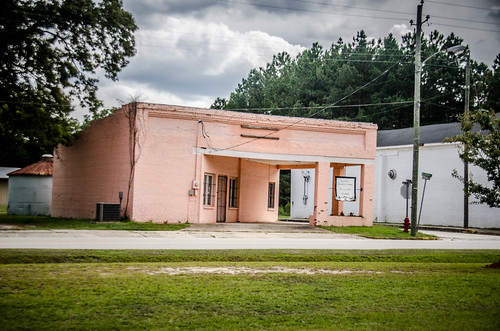 There were several other older buildings along this stretch. 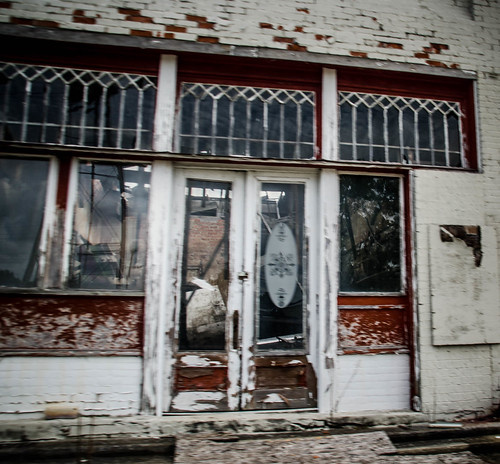 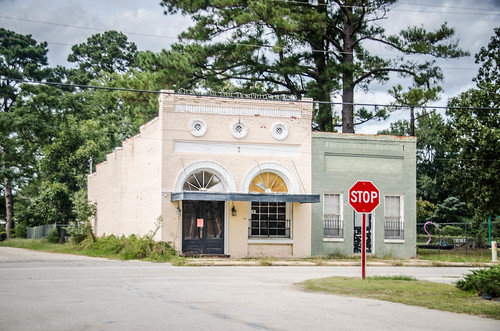 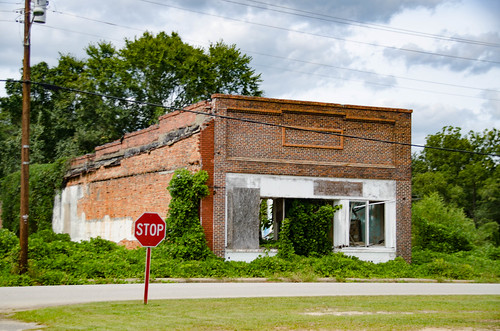 Again, I was concerned about time and wasn’t able to explore further. I continued north on 341 until it intersected with SC 527 at Wisacky. From there it was just a couple of miles up to I-20 and the end to any side explorations for the day. I was able to make it home in time to join Laura at Furman for dinner with some of the Chemistry students. It had been an incredibly long day. It’s not often that I get five blog posts from a single day of exploration.