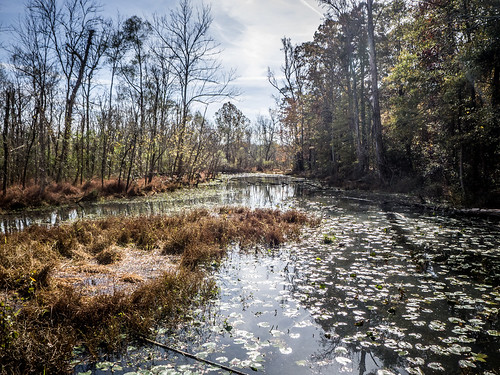 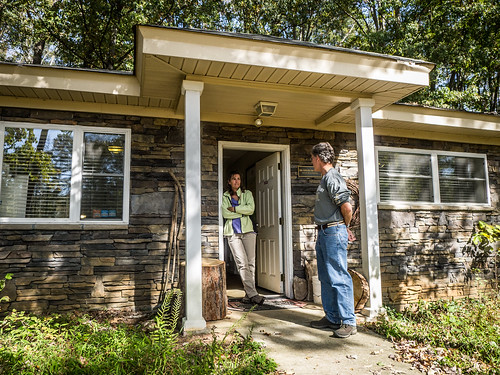 We started our hike on the paved Swamp Rabbit Trail. Right after leaving the trailhead Tim pointed out the Henderson Prairie. This was part of an old cotton farm and dairy. A couple of large Century Oaks were at the top of the hill, and it seemed to me that this must have been where the home place might have been. We didn’t head that way, though. Tim said we would loop back around to it.

We continued on the SRT until we reached one of the first of the wooden bridges along the trail. This one crossed Marrow Bone Creek. Tim told me that this creek was the prime reason Lake Connestee is silted. Runoff from construction of Donaldson Air Base and the interstates all funneled into Marrow Bone. This was back in the day when no care was taken for silt runoff, so the lake filled up. The Reedy River, on the other hand, is the source for all the pollutants entering the lake. 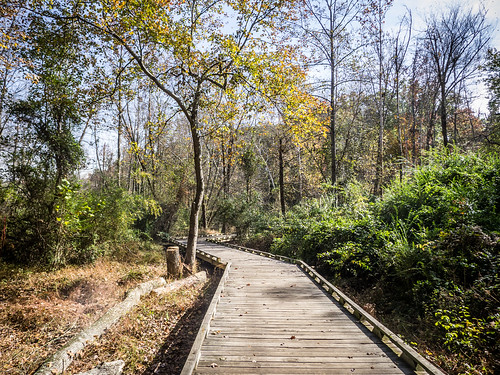 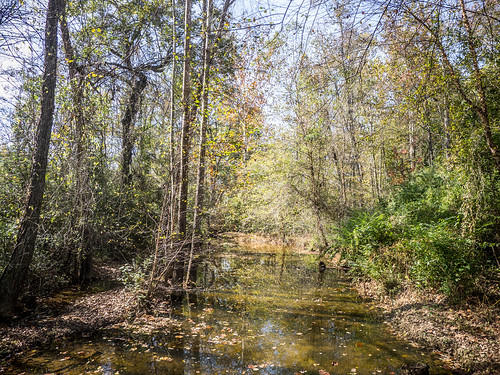 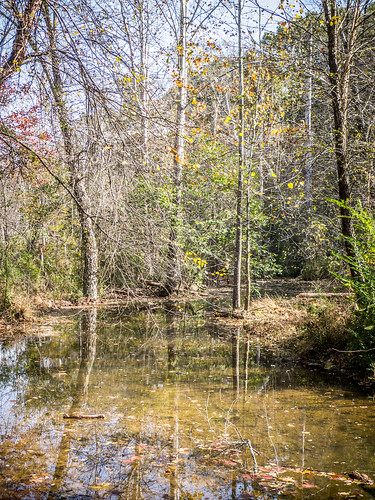 We were now on one of the dirt trails that run throughout the park. I think this was the “White Tail” trail. Soon we saw a sign for the “Piedmont Seeps” and headed that way. This was an area near some wetland seeps, and had several picnic tables and a narrow boardwalk out over the water. We checked it out. 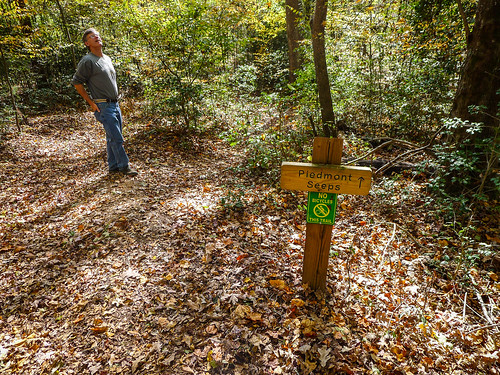 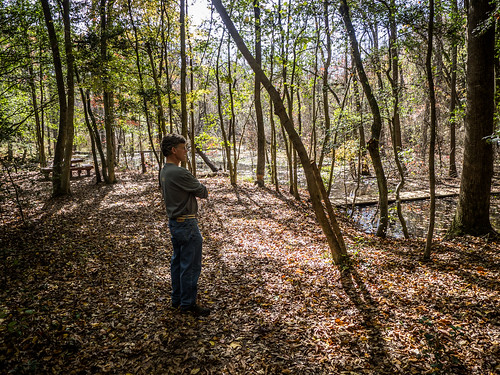 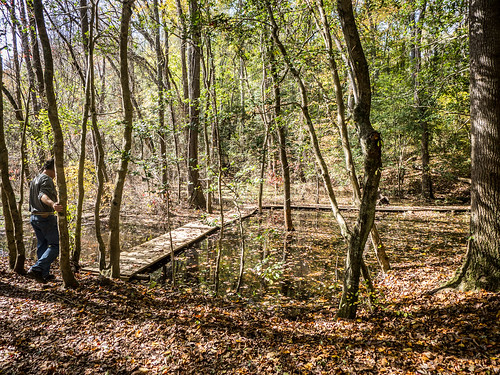 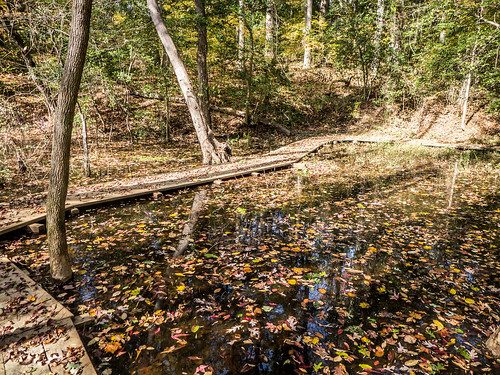 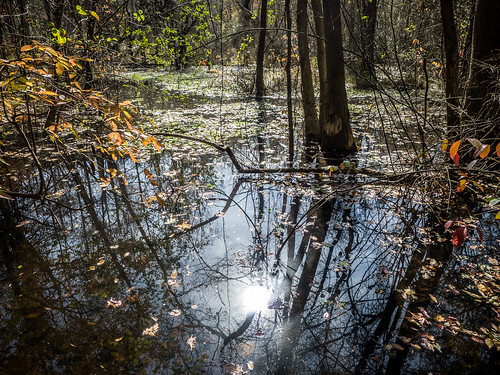 We continued along the trail. Tim pointed out various birds and plants along the way. We also spotted the first of about nineteen beaver dams along the creek. 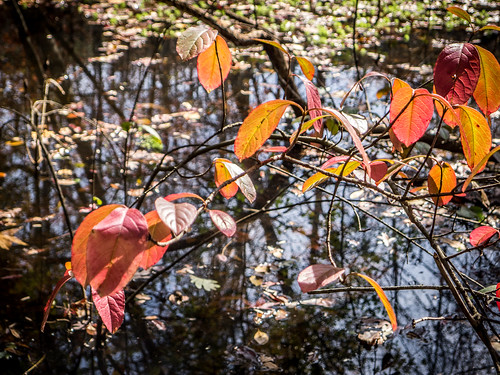 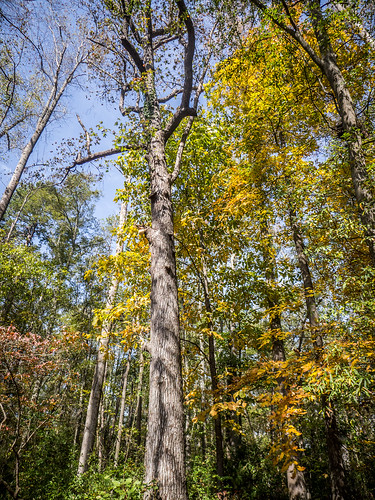 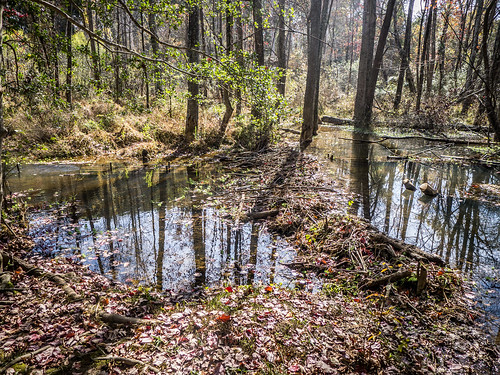 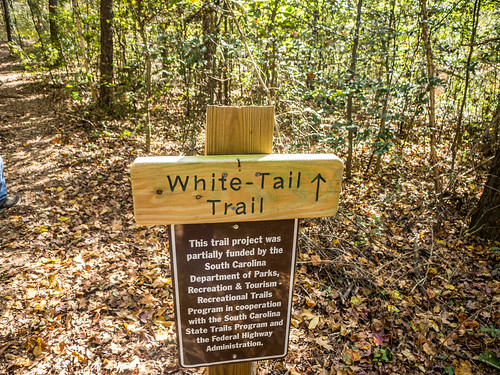 We came to another boardwalk, then Tim led me to the new tower known as the “Bird Nest”, which overlooks the wetlands created by the beaver dams. 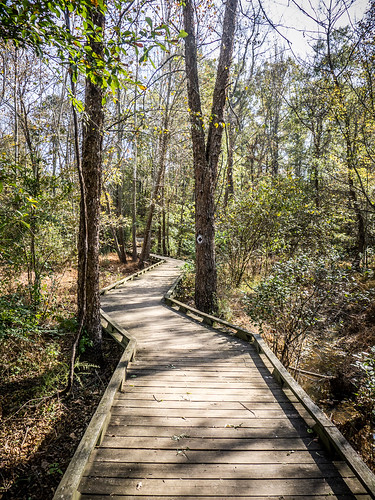 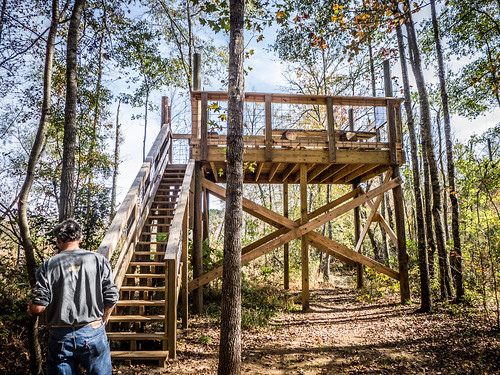 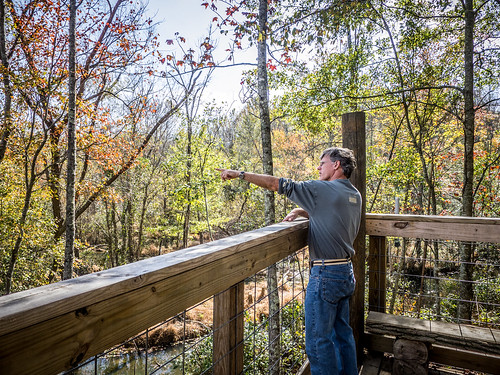 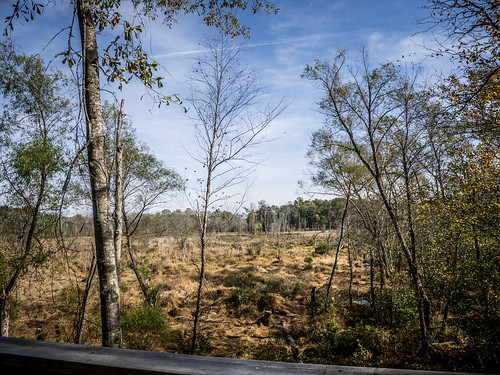 Tim said that the Greenville Birding Club comes out once a month for a visit to the site. Back on the White Tail Trail we came to more boardwalks, then continued on. 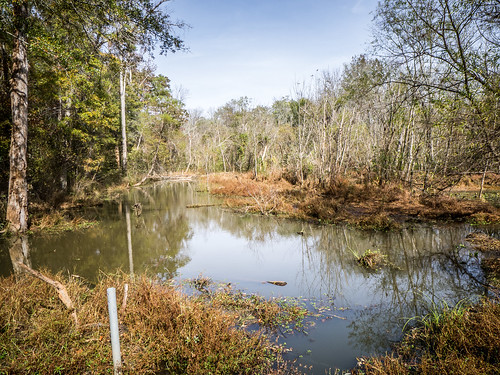 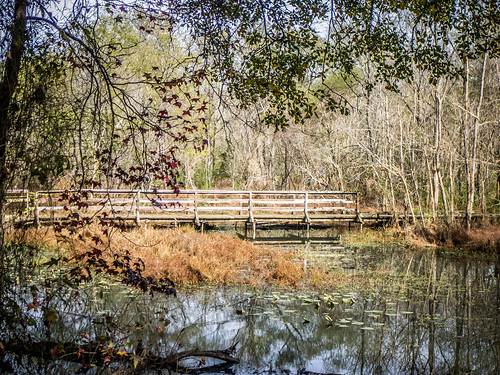 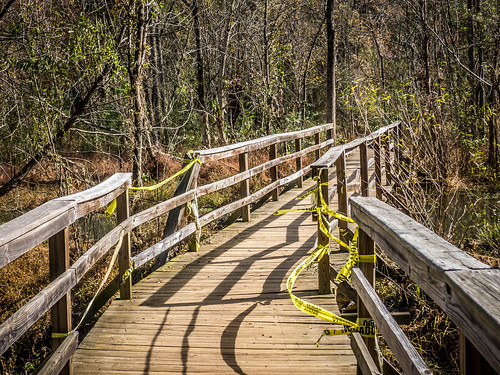 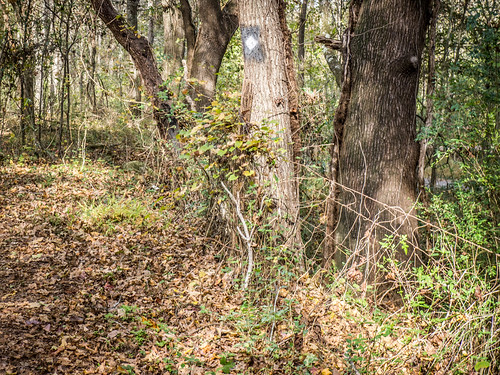 Eventually we made it back around to complete the loop. The Henderson Farm is one of several farms that now make up the nature park. The prairie has been left to grow, and grasses and wildflowers now invade the area that had once been a home. There were several picnic tables, and under the trees several benches that formed an outdoor classroom. The century oaks were on a bit of a hill with a nice view around. We could see an old silo just off to the west. 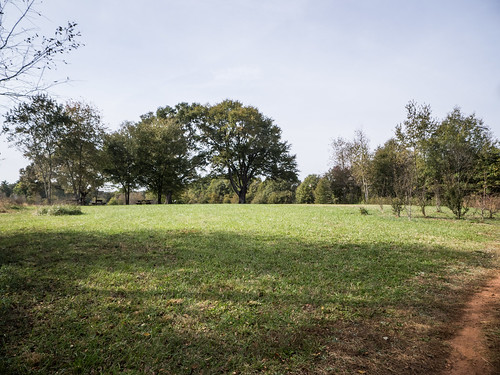 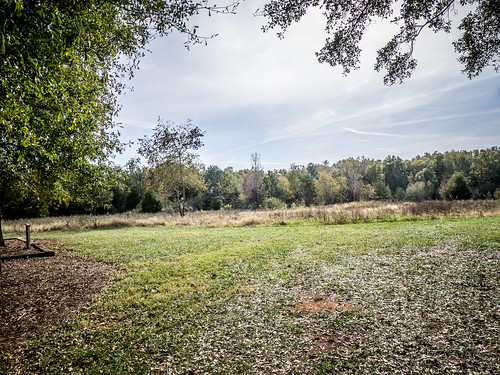 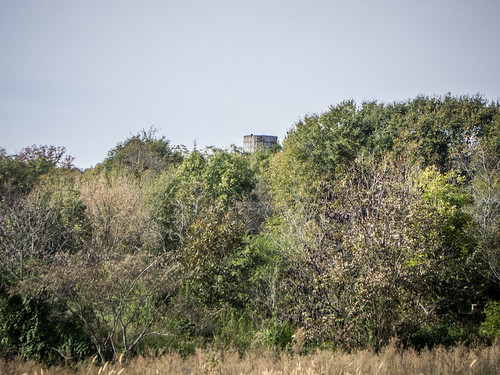 It wasn’t a bad way to spent an otherwise bad election day, wandering around a natural site with an expert naturalist such as Tim. It was a great day out and about.