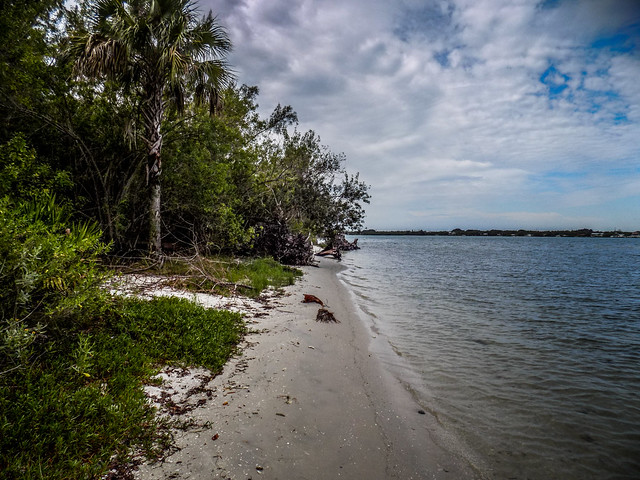 We’ve been making more trips than usual down to Florida. Laura’s been trying to help out with her elderly mom, so we’ve been heading down as often as we can. Amy had to give a talk in California, so Laura flew down before the weekend, and I drove down and joined her after my Chorale concert.

Since we’ve been making so many trips down this way I decided to bring a kayak down and leave it so that I wouldn’t be hauling one back and forth. I decided to take the Wilderness Systems Pamlico 145 tandem that I have. We can use it as a tandem boat, but if I push the front seat back it works well as a solo boat. 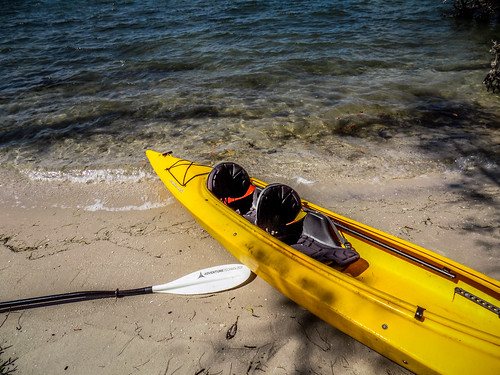 I drove down Monday, but Tuesday turned out to be a wet rainy day, not conducive to paddling at all. We did chores around Amy’s house, waiting for the weather to clear.

Wednesday was much better, so I headed out. The Pamlico is stable and quick, but doesn’t track as straight as my Tsunami or any of my rec boats. It has a tendency to do “Crazy Ivans,” much like my whitewater boats. There was a bit of a breeze, so it was a challenge. 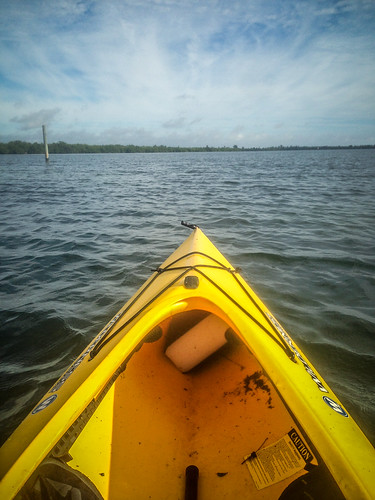 Even so, I made it out to one of my spoil Islands. As I was enjoying the breeze and solitude and older pontoon boat with a star-spangled motif pulled up on the beach next to me. At first I thought they were picking up trash and cleaning up the island, but it turns out they were hunting for aluminum cans for recycling. 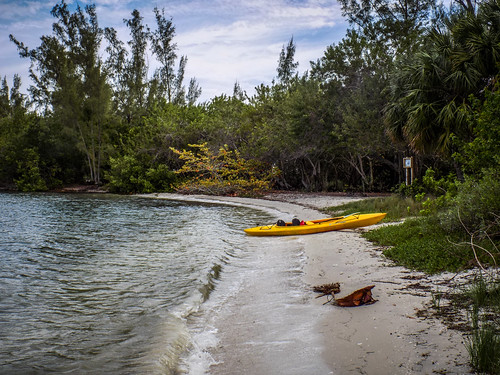 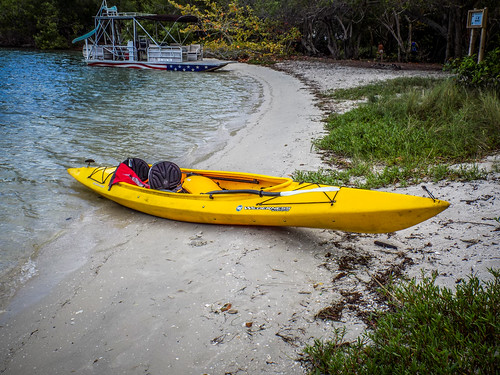 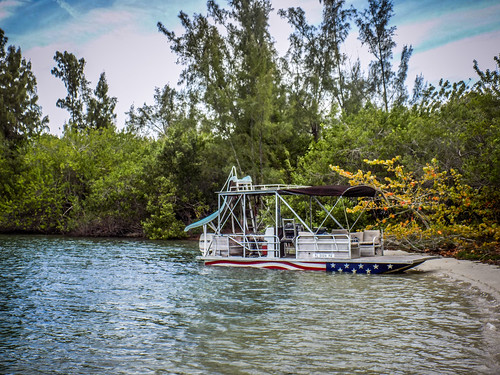 The breeze was still, and paddling wasn’t as efficient as with my touring boat. Even so, I managed to hit three of the spoil islands. 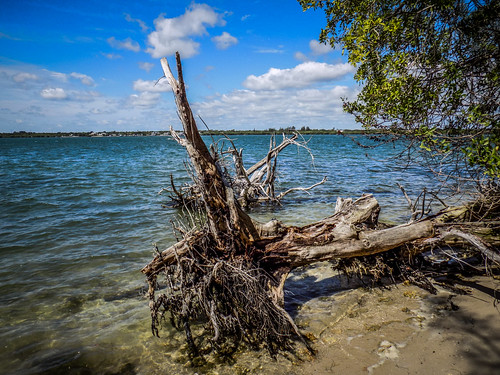 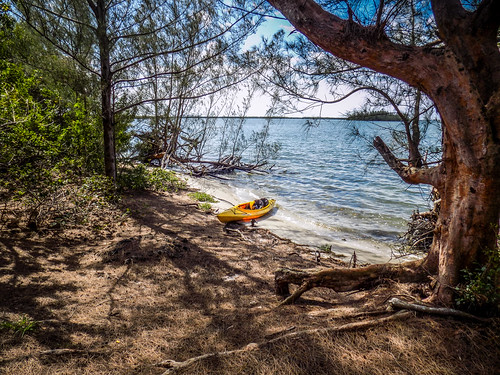 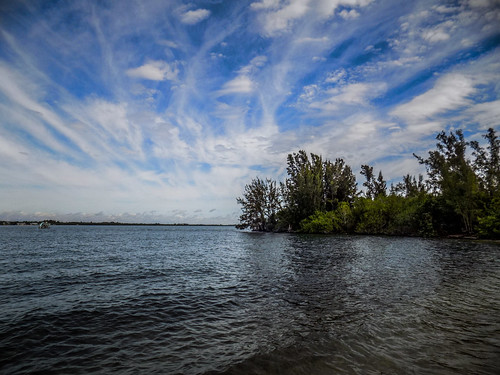 The wind was really starting to pick up. I’ve mentioned before that out in the channel a series of standing waves builds up with the wind runs counter to the tide. I was just about to reach the point, and I didn’t want any trouble with this boat. The huge open cockpit means that water splashes over the bow with ease, and can swamp the boat. Unlike my Tsunami, this one doesn’t handle rougher seas. I made it back safely, though.

That was the only paddling I was going to get on this trip. It was a short paddle, and I even made it back for lunch. We headed out to what is becoming one of our favorite spots – On the Edge, which is right on the Fort Pierce Inlet. We could watch boats come by as we dipped pineapple-jalapeno mojitoes. Not bad. 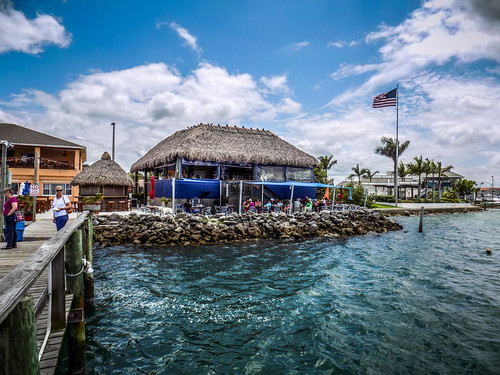 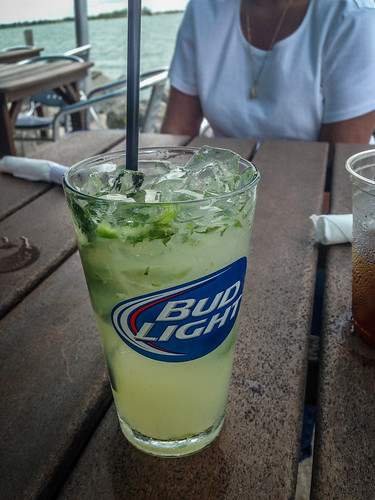 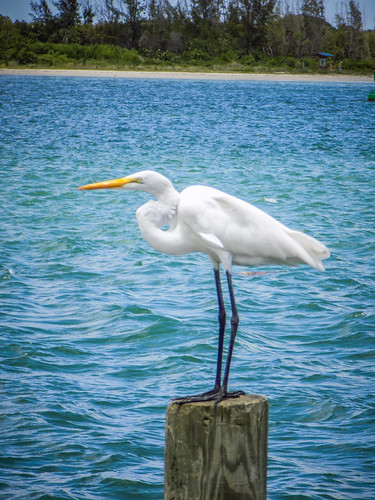 Thursday it was a long drive back to South Carolina. I’m used to driving back on a Sunday, so coming back mid-week really threw off my schedule. It had been a crazy week, and the week wasn’t over.