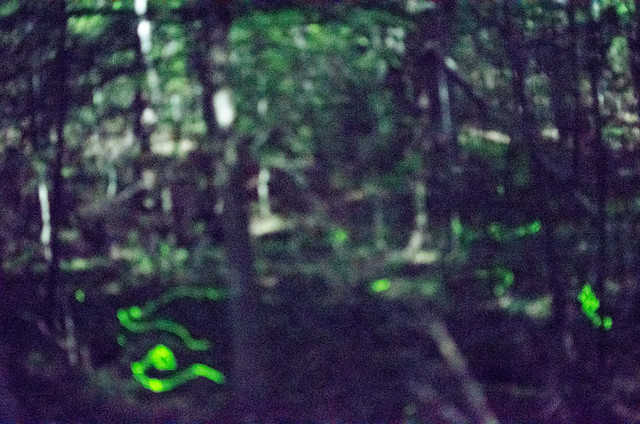 We’ve seen the Blue Ghosts twice before in 2011 and 2013. Seems that we’re on a two-year cycle. On both occasions we visited an undisclosed location in the River Falls area near Jones Gap. Sorry, I’m not going to tell you where.

The land belongs to Ann Tankersly, and once again she would be our host for the evening. A small crowd gathered in the parking lot that served as our rendezvous point. In addition to our host, Joyce and her sister Nancy were there, along with about 18 other people. My sister, Glynda, was also along for the ride. 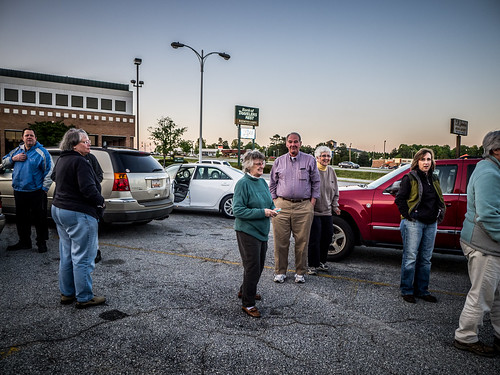 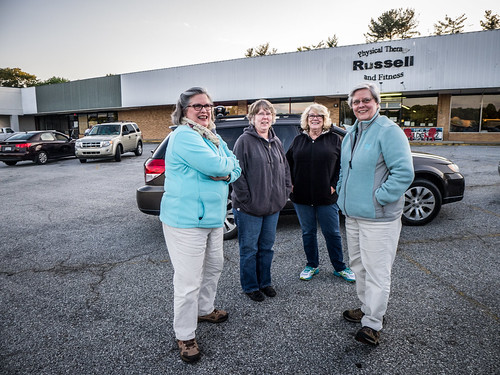 Our caravan took a roundabout way, up Highway 25 to Gap Creek Road, then down into the valley. We pulled into the Tankersly property. Many of the folks had never visited, and weren’t quite aware of the process. Many well-meaning people were shining flashlights everywhere. These are extremely light-sensitive insects, and ANY light will throw them off.

One person complained about not being able to see any of the fireflies and I replied (quite snippily, I’m a bit ashamed to say) that if they turned off the flashlights and closed car doors it might get dark enough to see. The response was, “Well, I’ve got to get my tea out of the car!” How could I argue with that?

Laura, Glynda, and I walked away from the clearing with the cabin back down the dirt access road. This is where we’ve always had the best luck, and tonight was no different. The blue ghosts were hovering once again, just like tiny blue fairies. It was amazing.

Ann joined us, and said that this was the most she had seen in ages. I set up my GoPro to try to capture some of the insects, as well as my Nikon with a 35mm prime lens. Unfortunately, I found the lens hard to focus in the near pitch-black below the trees. All of the shots came out blurred. 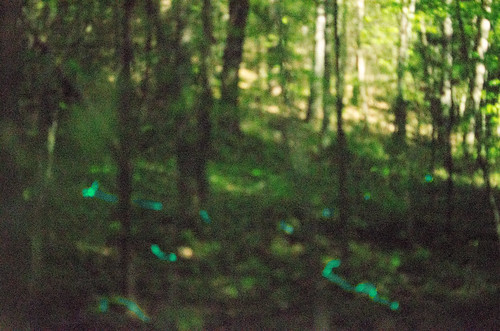 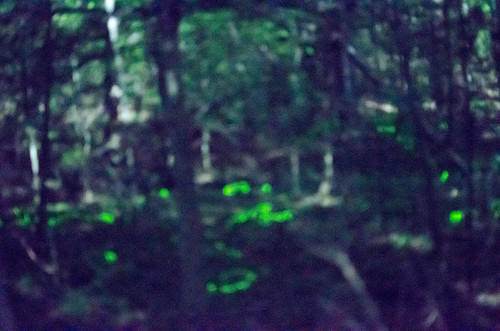 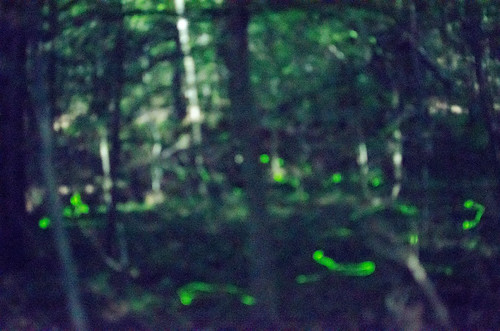 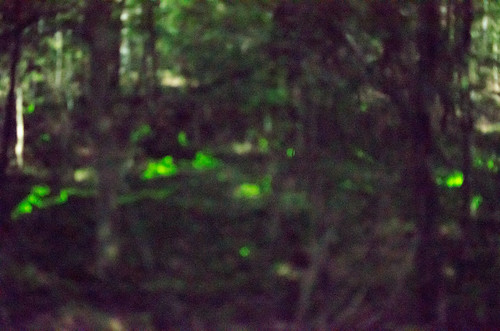 Unfortunately, this is what the GoPro captured… 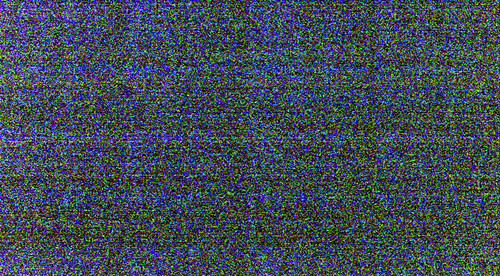 I thought I’d been able to capture one shot that apparently shows the fireflies as they appear – floating blue orbs. Unfortunately, this was just some lens spotting. It was a 30 second exposure, so there was no way they would appear as dots. 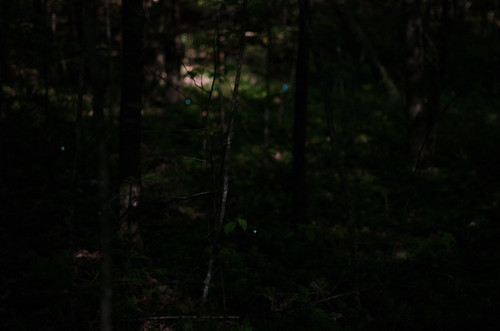 The folks up in the clearing were able to see some fireflies, but we had the best spots. They were were enjoying themselves socializing as much as watching the show, which was fine. Unfortunately for all of us, it was a full moon, and the woods were getting lighter by the minute.

The light was getting so bright even under the trees that sticking around longer was really pointless. We expressed our gratitude to our host, and headed on back down the mountain.

It had been another great outing looking for the Blue Ghosts. If you’re interested in seeing them, they will be making their appearance soon in the higher elevations around Dupont State Forest. Best suggestion would be to contact them directly for details.