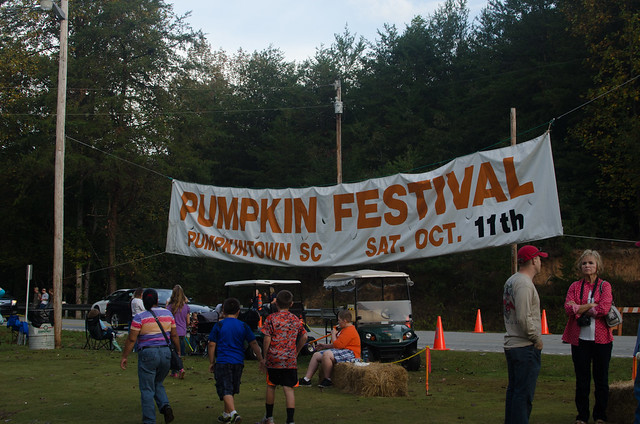 I should have left earlier, because apparently everyone had the same idea I had. Parking was already at a premium, and I had to hike a bit. However, I later learned that the space I found wasn’t so bad after all.

I was amazed at the number of booths set up. These were a mix of arts and food vendors. I would check them out later, but first I wanted to head into the school. I had a mystery I needed to clear up, and I was hoping some of the material inside would help.

One room of the school was set up to serve breakfast, and it was doing a booming business. The other front room house the memorabilia from the school. In addition to the materials on the wall that I had seen previously, there were multiple display boards set up on long tables. These contained news clippings and photos, not just from the school but from the community at large. 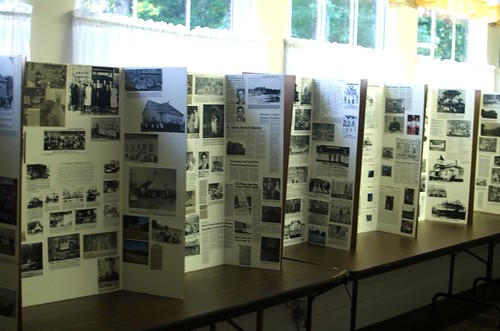 This material was interesting, but it didn’t really clear up my question about when this present building was constructed.

Back outside I wandered among the booths. Many of these were selling concessions, and run by local community organizations such as churches, etc. 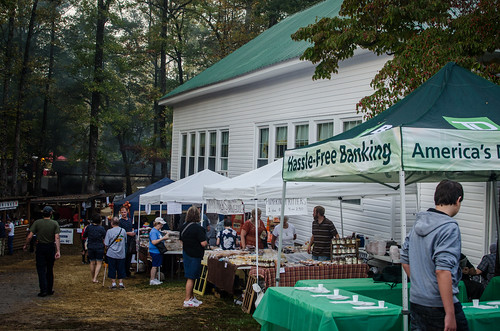 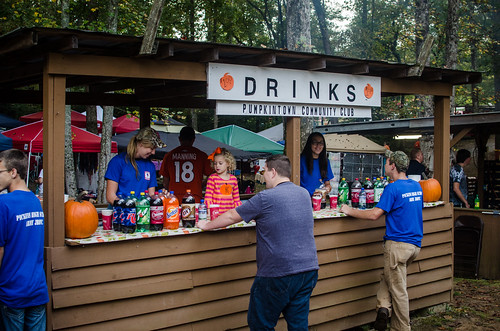 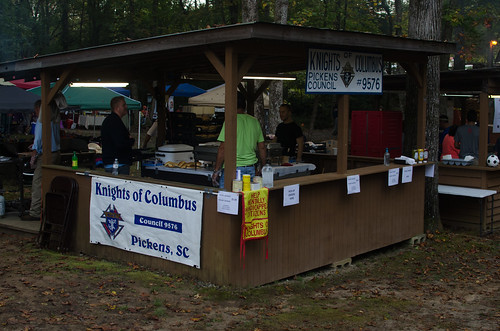 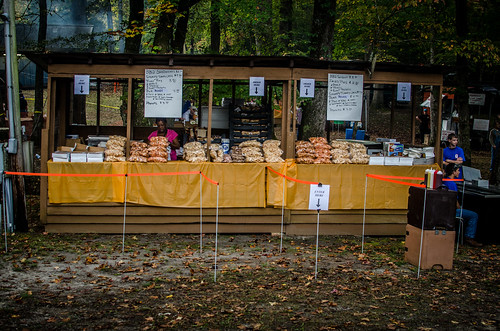 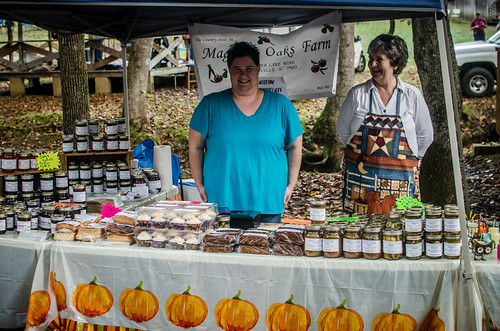 In addition to these there were LOTS of craft booths. I wouldn’t call these fine art, such as what you might find at Artisphere. Some of these were very nice, others looked like someone had spent a bit too much time on Pinterest. 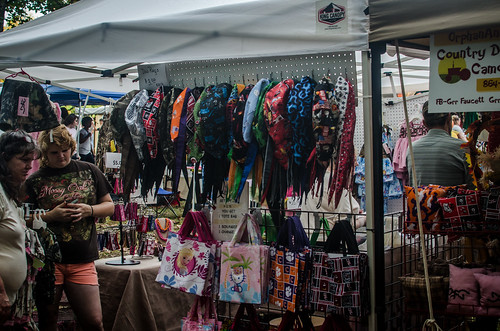 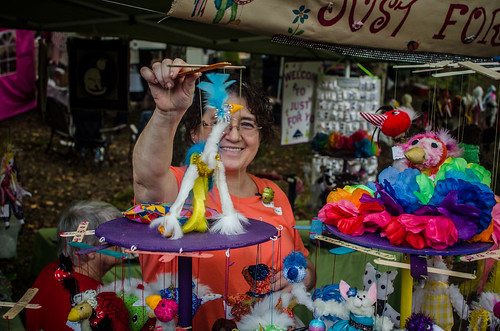 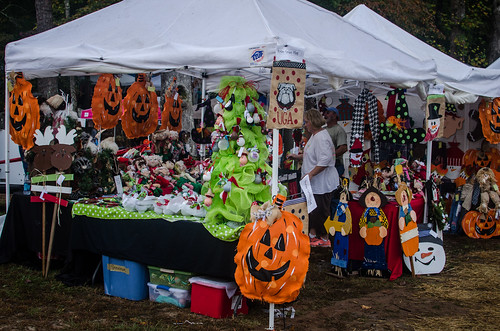 It seemed like the booths just kept going. They had spread to a field behind the school, where several small rides had also been set up. Back in that area a fundamentalist church had set up a booth with a complete set of Chick Tracts. 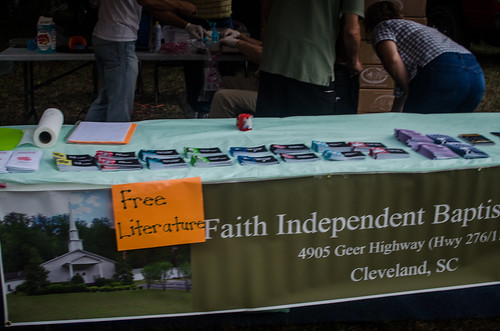 There was a stage, and folks had set up folding lawn chairs on a hillside to watch a bluegrass band. 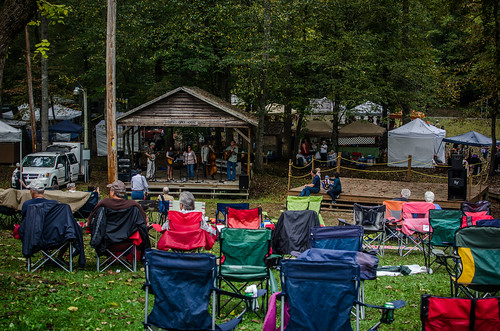 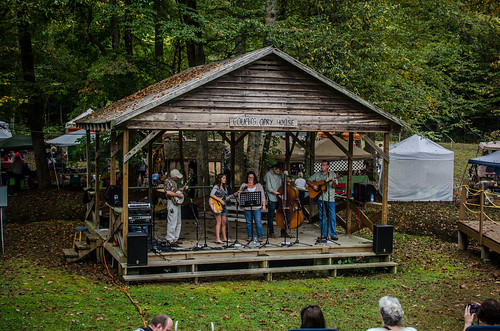 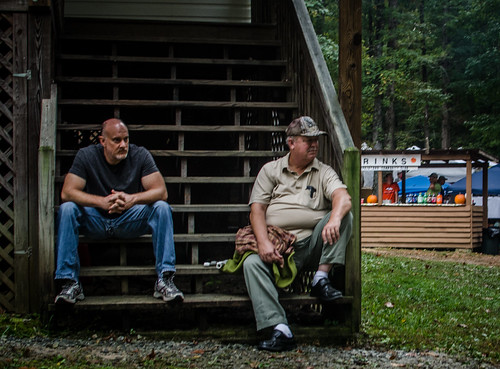 I’d about had my fill of the festival. It was nice, but nothing was really catching my attention. I noticed that people were lining up along the road, so I figured out that a parade must be about to start. I decided to stick around. 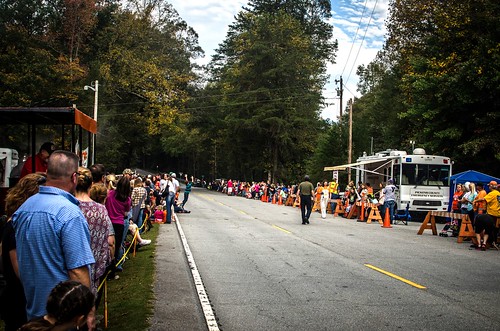 The parade soon started, led off by a color guard. This was followed by a fire engine carrying the festival mascot. This fellow looked more like something out of a Tim Burton movie. 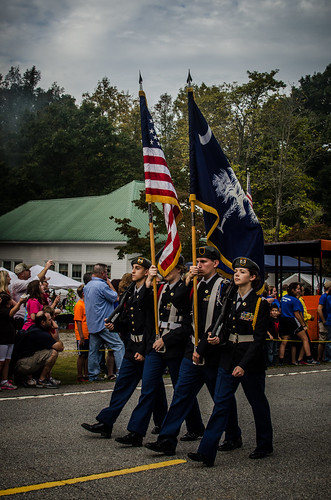 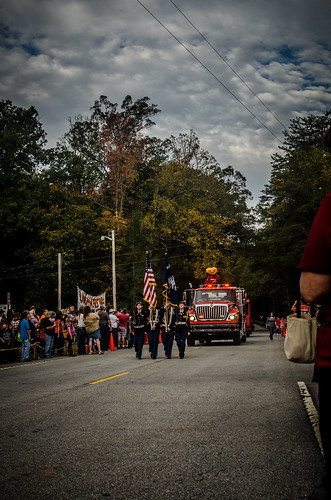 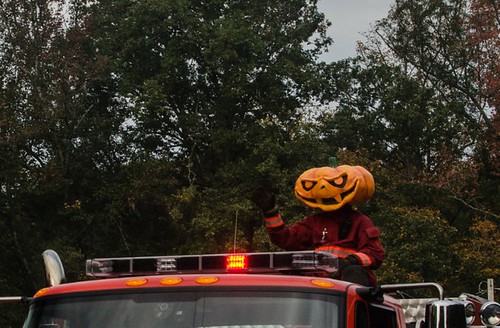 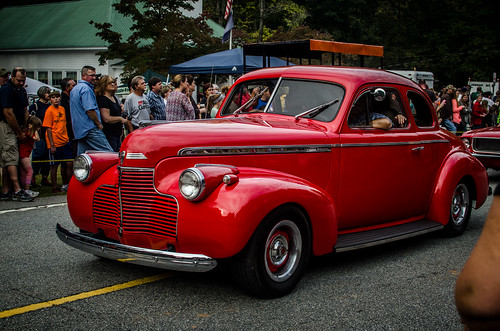 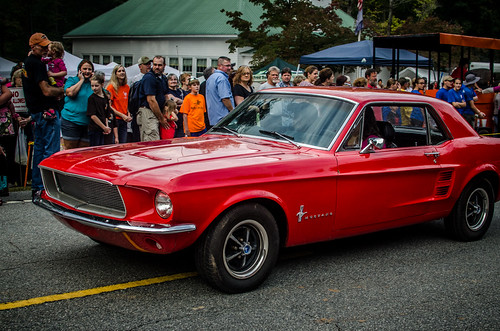 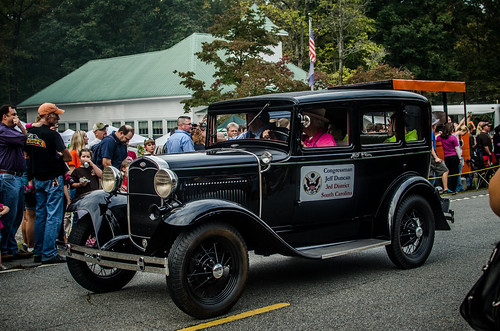 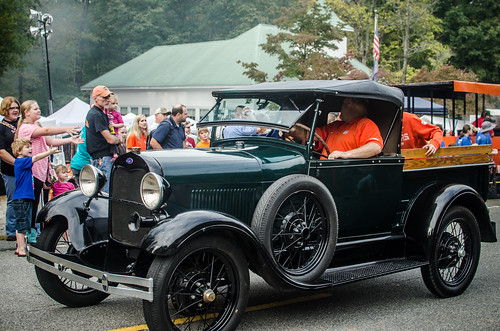 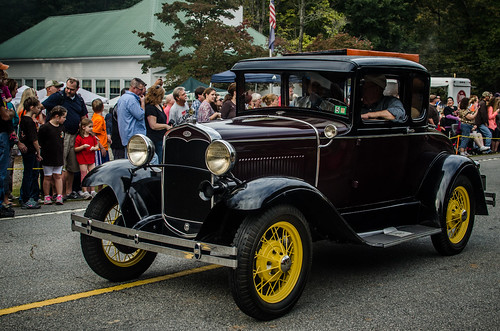 Local legend Robert Perry had an old pickup truck with some of his musician friends. 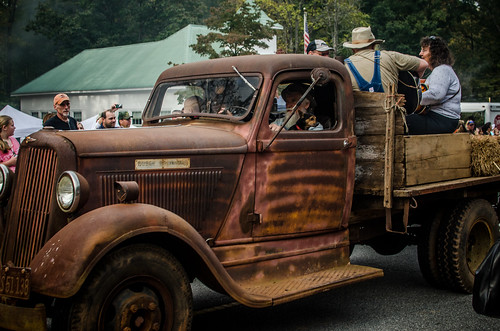 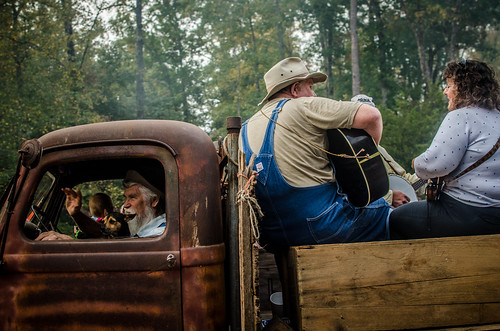 But what about pumpkins? Laura and I had driven by the festival years ago, hoping to see fields of pumpkins, sort of like the tulip festival in Skagit Valley in Washington. She was disappoint on that day. Today there were a few of them for sale. These, however, were being used as a backdrop for photographs. 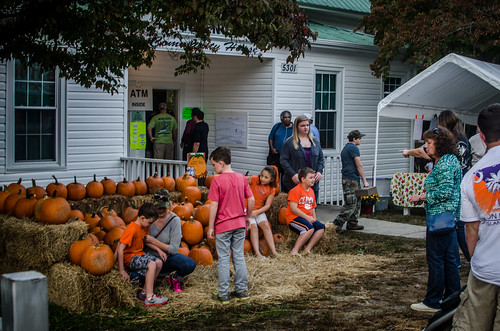 It looked like everyone was having fun, but I had a birthday party to attend. I left the folks to enjoy their festival, and headed on my way.