When we arrived the entryway was lined with luminarias. There was a table set up to take our tickets, and we were invited to sip some cider and partake of a bit of Halloween candy. 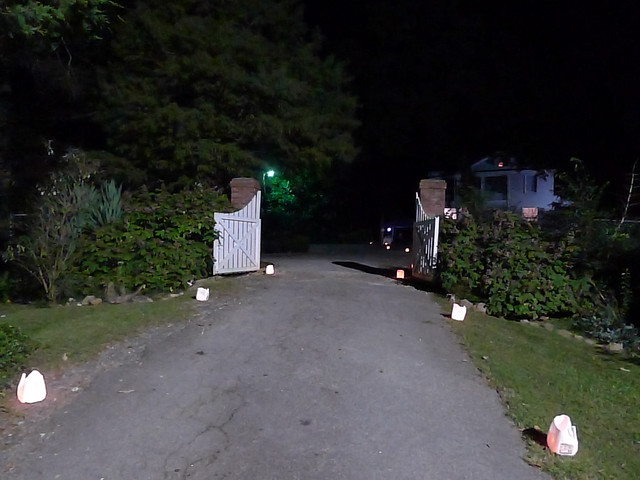 Our tour guide met us on the porch of the house. She first started with the injunctions against photography. She said that not only were they concerned about how flash might damage sensitive articles, but images published online might let thieves know that there were valuables in the house. The first argument I can buy, but the second one?? Nonetheless, I left my big camera in the car, but kept my little Panasonic in my pocket.

First we got some background on the house. Woodburn had been built as a summer home for the Charles Cotsworth Pinckney family. It went through several other owners over the years and somehow wound up as property of the US government in 1939. Clemson purchased the house in 1954 and used the grounds as part of their agricultural classes. In 1966 the Pendleton Historic Society took ownership of the house and began restoring the now dilapidated building to its former glory.

Our host continued by telling us that the house was set up for mourning, as if the lady of the house had recently died. Black bits of fabric draped from the windows outside. 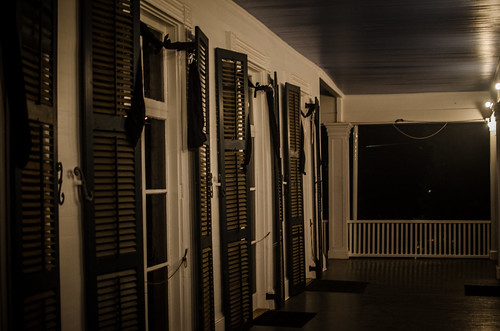 The first room that we entered was the dining room. The table was laid with china that had a black pattern. All mirrors and reflective surfaces had black fabric draped over them to keep spirits from entering the house.

Our guide told us about some of the strange things people had experienced in this house, including a spectral woman in white, and the sounds of a young child. We were allowed to take photos in this room, just in case the spectral woman decided to reveal herself in our photos. 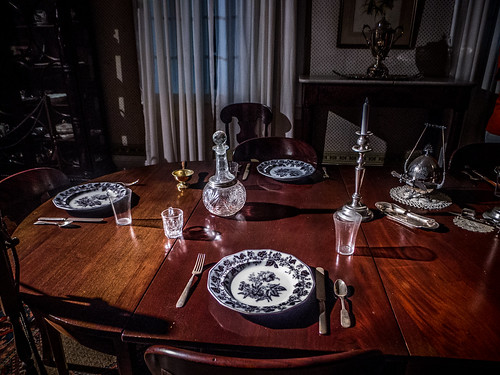 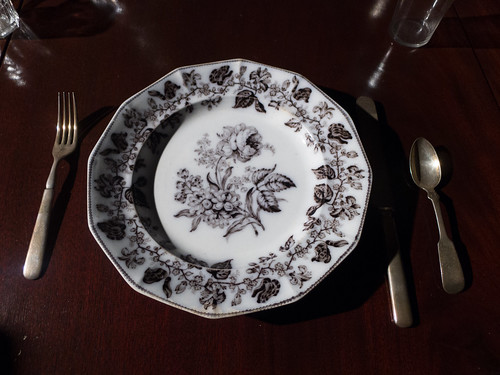 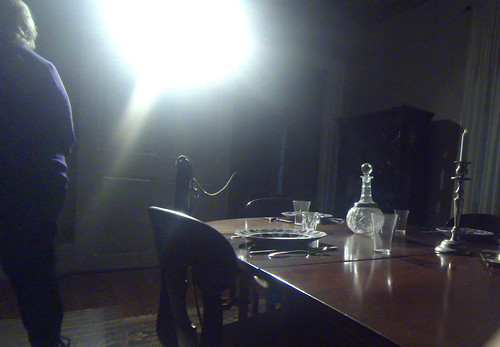 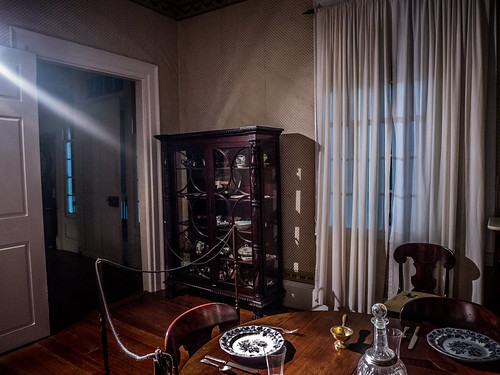 There were several folks in our party, including one woman who had watched far too many “Ghost Hunters” shows. She had asked if any professional ghost hunters had done a survey of the house, to which our guide replied that they had. She herself and some sort of ghost hunting app on her phone, and kept referring to it throughout the evening. 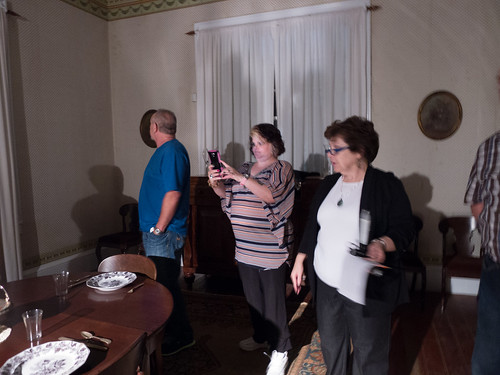 In the front parlor the head of the household was holding a conversation with the local undertaker. A coffin was stretched out across two chairs. Through the course of their conversation we learned about funeral customs of the time, as well as superstitions. It was a great way to learn about these customs in a “Halloween” setting.

From the front parlor we climbed up a flight of stairs to the main floor. Here a young woman was portraying a nurse who was tending to a daughter sick with the same fever that had killed her mother. She described the various treatments in lieu of a doctor’s care. She also expounded on the need for the head of the house to find another wife soon so that the farm and family could be tended properly. The information was great, but Houston and I felt that she was just a bit too cheerful, given the circumstances.

Up another flight of stairs we found ourselves in the attic sleeping quarters. Here is where the children normally would have slept. Our guide said that the women in white had been seen standing at one of the upper windows. We were allowed to take photos here. 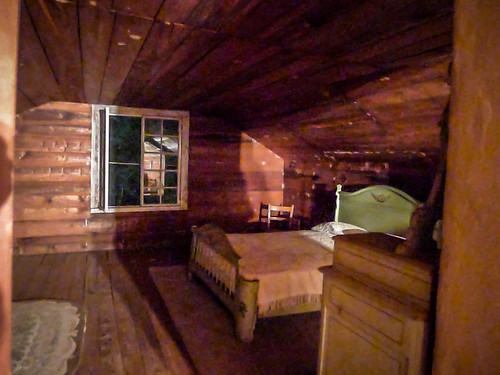 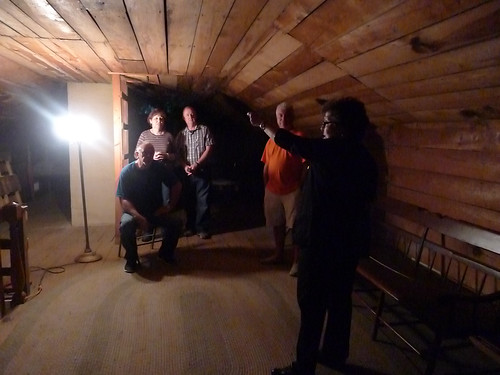 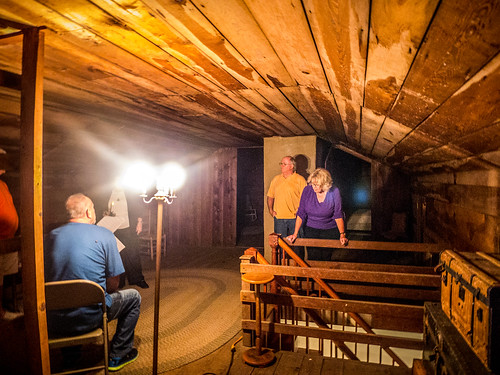 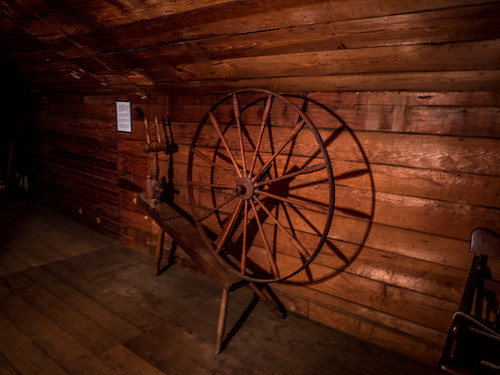 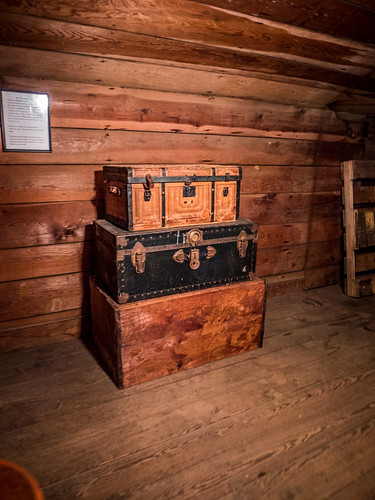 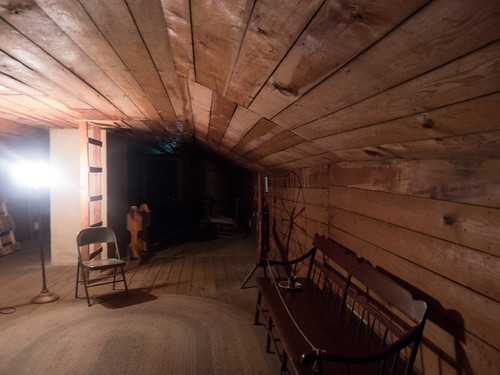 Our guide also pointed out a small footprint on the wall. She said that the kids would sometimes put their feet into ashes and make marks on the walls. Some of these became permanent. However, there were reports that some of these prints would appear and disappear. 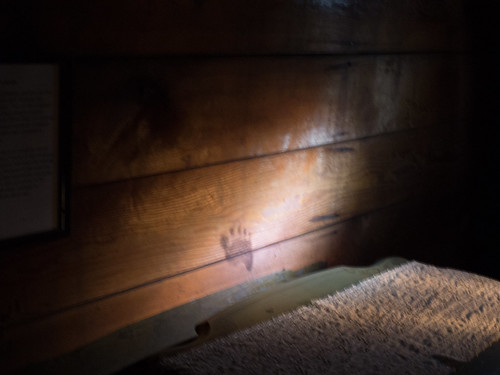 From the attic we headed all the way downstairs – down to the basement. At one time this had been open to the outside, but a previous owner had enclosed it. The house is used as a wedding venue, and this basement area is used as the bride ready room. There were a few historical displays and an old pump organ.

In the next room over was a food prep area and an old stone fireplace. Glynda said that she felt…strange next to the fireplace, and asked me to take a photo of it. I got permission from our guide to do so. 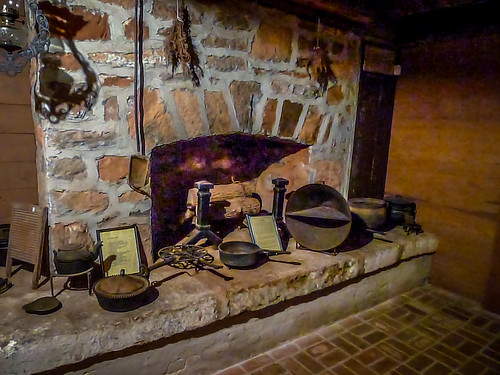 While Houston and I didn’t see, hear, or feel anything out of the ordinary, several times Glynda said that she felt something rather odd. I tried to take photos of those places, but nothing showed up on the images. I guess we weren’t going to capture a ghost on this trip.

Outside we took a few photos around the house, although lighting was very limited. 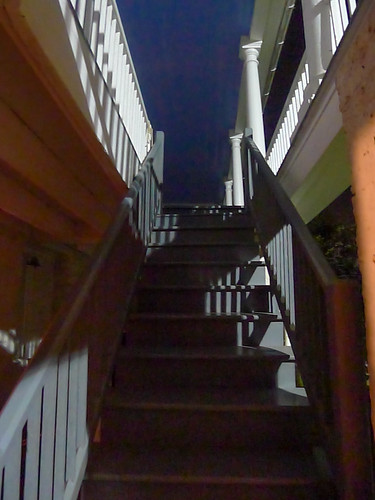 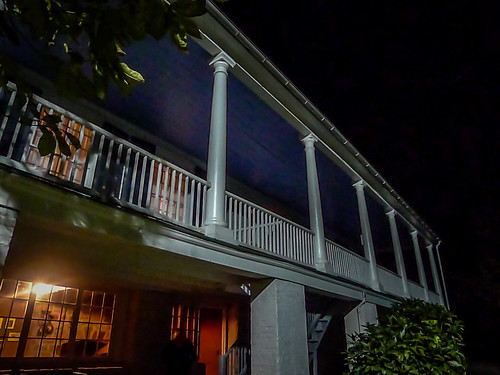 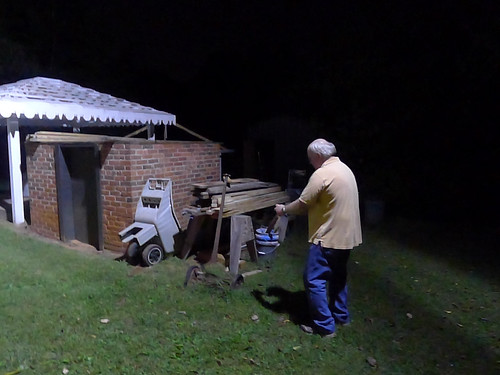 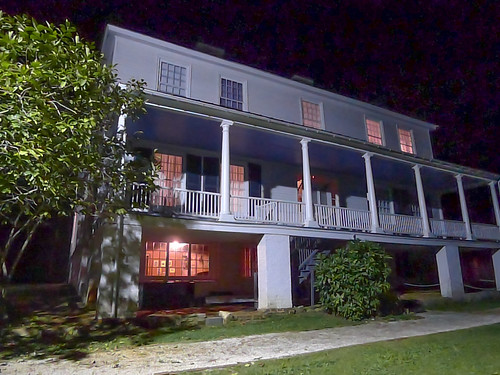 We even took a shot of the infamous window where the woman in white was supposed to appear. She didn’t grace us with her presence. 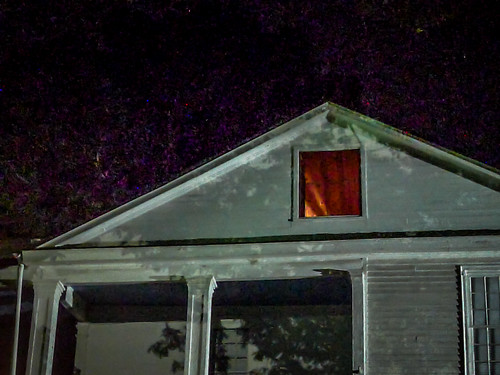 It was an excellent tour, and a great way to learn about the customs of the time in a Halloween setting. Since she’s such a fan of Ghost Hunters, Laura would have loved it, and I wish she had been in town to join us.

We walked back out to our car, and the football game traffic from Clemson was STILL bad. I had hoped to take a quick spin through Pendleton, but there was no way to get across Highway 76 given the traffic. Fortunately, we could make a right turn and head on home.

The tours are being repeated later this month. The ghost tours will be held at Ashtabula on Friday, October 24, and at Woodburn on Saturday, October 25. I’d go again, taking Laura with me this time, if it weren’t for the fact that it’s Furman Homecoming AND we have a wedding to attend. Still, it’s a great bargain at $10. Just watch out for that football traffic!