Gene Roddenberry was a well-established writer long before Star Trek ever came onto the scene. His IMDB listing has credits for no less than thirty television shows prior to Star Trek, most of these Westerns. He was best known during this time for “Have Gun, Will Travel,” which ran from 1957 to 1963. As a Furman graduate, I love that the lead character’s name was Paladin.

Roddenberry’s first attempt to create his own show was a military show called “The Lieutenant.” The show was set in Camp Pendleton near San Diego, and dealt with the day-to-day lives of Marines stationed there. The list of regular and guest stars was impressive for a show that lasted only one season. Many of these went on to star in other Roddenberry projects.

I said it was an impressive list.  Some of these were established actors, and some were very early in their careers. Here’s a shot of Leonard Nimoy, playing a film director, Majel Barrett, and Gary Lockwood. Although all three would become fixtures in Trek lore, they never appeared in the same TOS episode. Lockwood’s character was killed off in the pilot, before Barrett’s Nurse Chapel came on board. 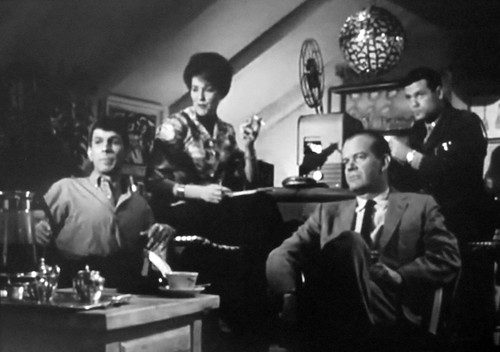 As for Star Trek, Roddenberry’s dive into science fiction was a bit of an anomaly. According to Majel Barrett:

Star Trek was cancelled in 1969, and Roddenberry became something of a pariah in Hollywood. This was his second short-lived series, and the studios weren’t keen on giving him many more chances. It’s what happened AFTER Star Trek’s cancellation that brought some redemption. There was the fan letter-writing campaigns and the eventual syndication of Trek re-runs in the early 1970s that turned the series into a cult phenomenon and made it into a profit-making machine. Roddenberry was eager for a follow-up.

In 1973 Roddenberry proposed a series based on a non-emotional android living among humans. The series was based on elements of Spock’s character from Star Trek, except that it would be set on present-day Earth. Leonard Nimoy was even set to star in the show, learning only at the last minute that he would be replaced by Robert Foxworth. The Questor Tapes was not picked up by the studios as a series, but did air in 1974 as a TV movie. The show started Foxworth as the android, Questor, and Mike Farrell played his human companion. 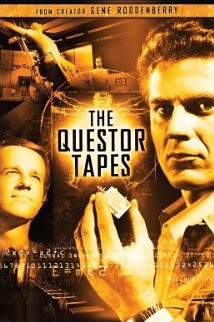 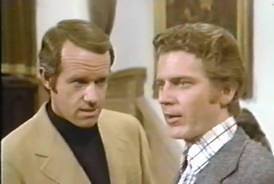 Farrell is probably glad the show didn’t get picked up, as he went on to start in his iconic role as B. J. Hunnicutt on M.A.S.H. in 1975.

I thought the movie was very well done, and was an interesting premise for a series. Mankind was being helped by a series of super-human androids sent by an alien race. Each android constructed his own replacement. Questor, the last in the series had his programming tapes damaged because of interference from the US government, hence the title of the movie. He lacks emotion and much of the programming that would help him cope with human society. He enlists Farrell’s character to help him with his initial mission, now as fugitives.

I actually read the book before seeing the movie. The screenplay and novelization were written by D. C. Fontana, long-time collaborator with Roddenberry and an excellent author in her own right. 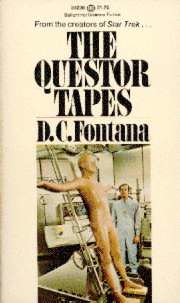 The character of Questor would later be the basis for Lieutenant Commander Data in Star Trek, the Next Generation.

The Questor Tapes wasn’t Roddenberry’s only lost series, and it wasn’t his first, either. I mention it first because the next four belong together. Three of these are collectively known as the “Pax Trilogy” for reasons that will become apparent shortly. All of them are a testament to Roddenberry’s willingness to press on and adapt when necessary.

First up is 1973’s Genesis II. Alex Cord starred as Dylan Hunt, a scientist and astronaut experimenting with suspended animation for long space voyages. The experiment goes awry, and Hunt is locked in suspended animation for 154 years. When he awakens, world wars have ravaged the planet. An organization known as Pax is trying to piece together what’s left of civilization. The series would have explored Hunt’s exploits with Pax in this new world. 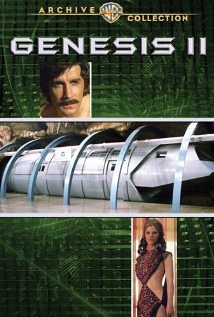 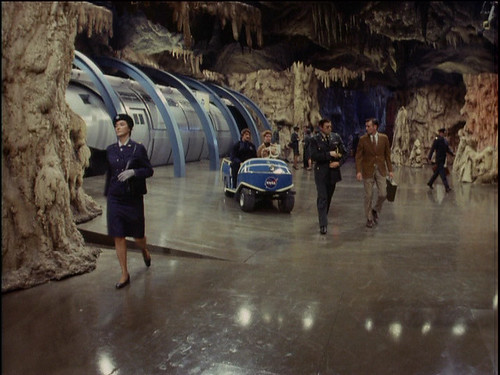 As with other Roddenberry projects, he pulled from his stock list of actors, including Majel Barrett. Two other Trek guest stars, Ted Cassidy (who played Lurch on The Addams Family) and Mariette Hartley starred in the pilot. 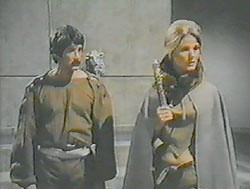 There are some other parallels between the development of Genesis II and Star Trek. Trek’s first pilot, “The Cage,” was rejected because it was too cerebral. Roddenbery created a new pilot with more action – “Where No Man Has Gone Before,” which featured the aforementioned Gary Lockwood as Commander Gary Mitchell. Similar circumstances surrounded the reception of Genesis II. The studios thought Alex Cord was more professor than action hero, and wasn’t believable. So, Roddenberry created a second pilot based on the same concept, but with alterations to suit the studio critics.

Planet Earth was released in 1974, the same year as The Questor Tapes. The same concept and some of the same sets were carried over from Genesis II, but there were lots of other changes. John Saxon replaced Alex Cord as Dylan Hunt. The characters are given Trek-like jump suits and the Pax teams are sent on away-team like missions. 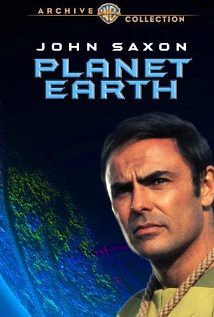 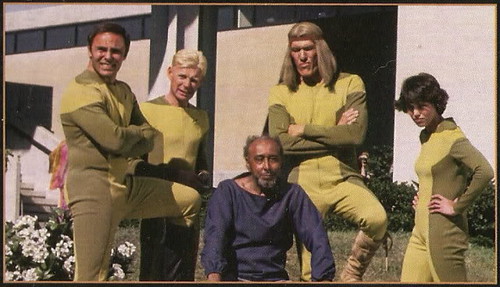 Once again Trek vets Majel Barrett and Ted Cassidy return. Another trek veteran, Diana Muldaur, also joins the cast. This version skips the origin story and jumps right into action with Dylan Hunt’s team on an away mission. Alas, the changes weren’t sufficient, and NBC went with a TV version of “Planet of the Apes” instead.

Hoping that the third time was the charm, the concept was recycled yet again, this time without any involvement from Roddenberry. There were major changes for the 1975 release of Strange New World. 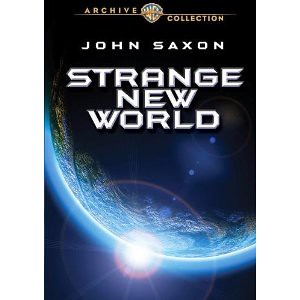 In this version, Pax is an organization much like NASA. John Saxon is back as Dylan Hunt, but this time he’s in charge of a group of scientists in suspended animation aboard a space station. They return to Earth to find it…changed. And, apparently with much less concern about wardrobes. 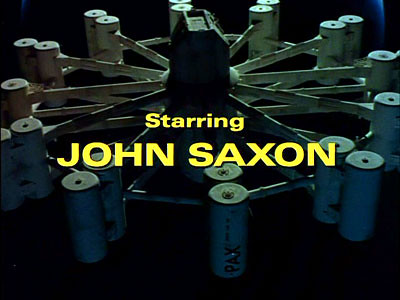 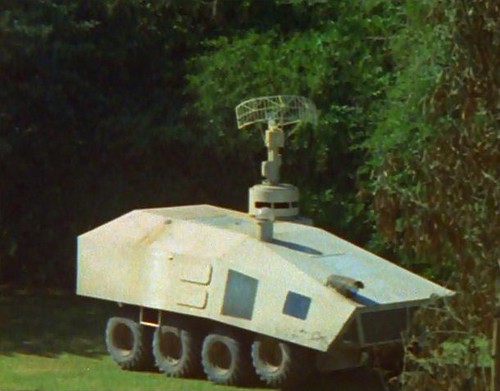 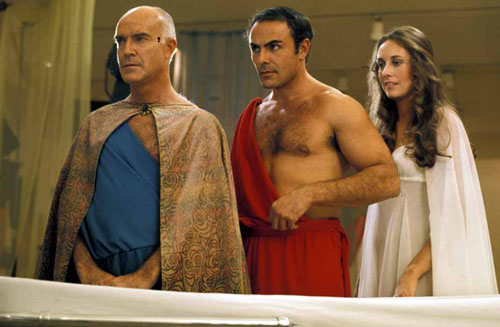 Without Roddenberry’s involvement the cast didn’t include any other Trek veterans. Oddly enough, the opening scenes of the pilot episode use the sound effects from the Enterprise bridge. By this time it as starting to look like a copy of a copy of a copy. The networks took a pass on this version, too.

The series concept finally found legs in 2000 with the series Andromeda. It ran for five years, from 2000-2005, and was billed as “Gene Roddenberry’s Andromeda,” although Roddenberry had died in 1991. 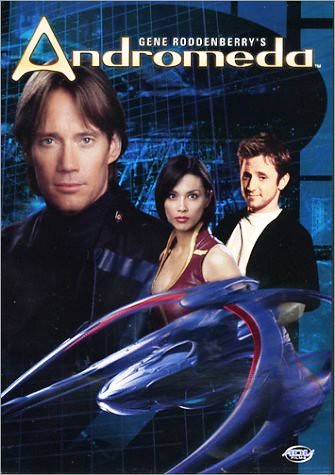 According its IMDB listing, the show’s premise was pieced together from various notes that Gene Roddenberry had written in 1976. It has the same character name – Dylan Hunt. This time Kevin Sorbo plays Captain Dylan Hunt and his ship, the Andromeda Ascendant, is locked in time near a black hole for 300 years. While he’s away civilization collapses, he has to try to rebuilt it, etc., etc., etc. This all takes place far, far away and Earth is barely mentioned. 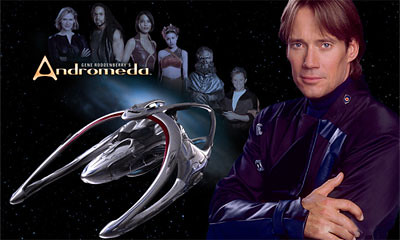 Apart from the origin concept, Andromeda has more in common with Star Trek than with the Pax trilogy. These tropes includes a Hero Captain, Cool Spaceship, and Bridge Bunnies.

One other late 1990s TV series bears Roddenberry’s name. Earth: Final Conflict ran from 1997 to 2002. Majel Barrett Roddenberry has a role, and is often listed as a producer. As for Roddenberry’s real role in production, IMDB has this to say…

Paul Gertz, one of the head writers on the show has said that the extent of Gene Roddenberry’s involvement in the creation of the show was a premise written on a napkin in a lockbox full of obscure notes written on things like receipts, scraps of paper. Out of that small note, they created they show.

The premise doesn’t look like any of the other Trek/Roddenberry properties.

So, those are the Lost Roddenberry shows. Of the ones listed above, I’d say watch The Questor Tapes and Genesis II. Earth: Final Conflict has a couple of good moments, but the rest can wait for a rainy day when you have absolutely nothing to watch and you’ve grown tired of anything else Netflix or Amazon have to offer.