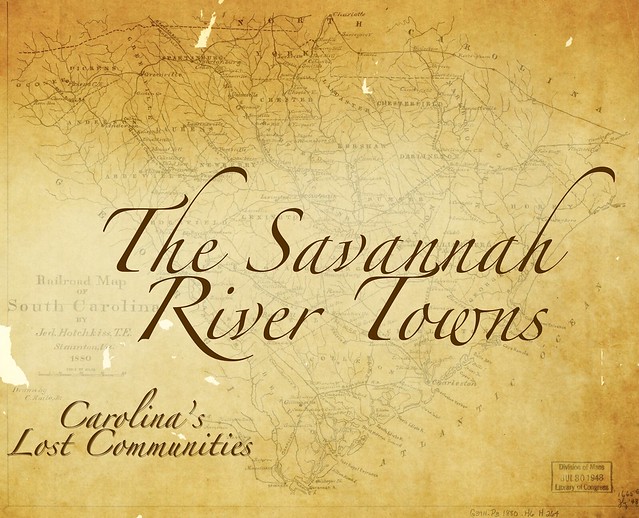 It’s been far too long since I’ve posted something here. The long and short of it is that I’ve been crazy busy getting things ready for my OLLI course and getting things ready for church. I’ve played with probably a dozen musical groups, but I’m even having to scale that back with my other obligations. Since the course seems to be taking so much time, I thought I’d give a quick rundown of what’s happening there.

The Furman OLLI Course is entitled “Carolina’s Lost Communities” and I’m team teaching it with Scott Withrow, who has similar interests to mine. The course lasts eight weeks and the following syllabus outlines what we’ll be discussing:

Wednesday, May 8 From Worry to Joy to Fonta Flora – Some NC Sites – Scott

Wednesday, May 15  Happy Land and Promised Land and Other African American Communities – Tom and Scott

We had 140 people sign up for the course, which just blew me away. I was expecting maybe 30. Last Wednesday for the first session the room was packed.

The first session was on “The Savannah River Towns” which included Andersonville, Petersburg, Lisbon, Vienna, and Hamburg. Here’s the PowerPoint slideshow that I used for the presentation:

The slides above may be a bit sparse, but I hate going to lectures where the presenter just reads slides. I prefer to use mine as cues for the larger story.

I did create a handout for the resources that I covered in the class. This includes old maps and online archives.

Nest week Scott is doing most of the class, so I’ll take a bit of a breather. Even so, I’ll still publish a summary here where it’s done.

One thought on “Lost Communities – The Savannah Towns”