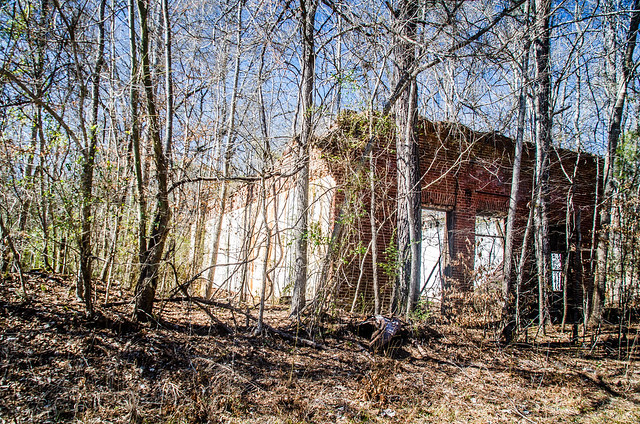 We only have two more sessions left in our Lost Communities course, and I have been remiss in posting the information for the last several sessions. In these past sessions we’ve traveled along the Broad River, looked at what’s under the state’s lakes, examined some railroad towns, and explored some Native American sites.

Session 4 – Sites along the Broad River

Scott started with an overview of several communities at the origins of the Broad River in North Carolina. These included a couple of locations now under Lake Lure. Further downstream we looked at Pinckneyville and Henderson Island. Here’s is Scott’s part of the presentation:

For my portion I introduced the class to the towns of Shelton and Alston. Here’s my part of the presentation.

Here’s our handout for that session:

For session 5 we had a change of venue. Special Olympics was happening on the other side of campus and they had cancelled all of the OLLI classes for the day…except ours. They moved our class to Daniel Recital Hall.

Today it was just me. Later in the course Scott would have a session all to himself.

I split the class between the two topics. The first part on Inundated Upstate covered the communities of Merrittsville and Jocassee, as well as what happens to cemeteries when lakes are built. Some of the inundated towns I’d covered in other sessions. Much of this information was taken from previous talks I’d given on the subject. Here’s my presentation file for the first part of the class.

After the break we covered several abandoned railroad towns, including Manchester, Kingsville, Renno, and Chappells.

Here is my session handout for that class.

For this session Scott did most of the heavy lifting. He covered information about Native American communities as well as some of the “healing springs” in the area. While he covered areas across the state, he focused on the Old Pendleton District and also mentioned the old Pickens Courthouse. Here is his presentation file.

For my portion of the class I did something different. The topic was the Temple of Health in Abbeville County and I presented the information in my usual format. However, I also took them through the process of how I plan for an excursion and do the research for an article here.

Here are the resource links for the class:

Next week Scott is on his own, but we also have a guest speaker. After that we have one more session