Edward C. Jones was nowhere on my radar. His name was completely unfamiliar to me, which is odd, since I’m very familiar with so many of the buildings he designed. I knew lots about Robert Mills, Rudolph Lee, and other South Carolina architects, but for whatever reason, I’d not paid attention to Jones. That all changed a few weeks ago. John Nolan from Greenville History Tours posted a series of photographs featuring buildings that Jones had designed. Seeing them next to each other the similarities leaped out. I knew I needed to find out more about this architect, and the buildings he designed.

Edward Culliatte Jones (1822-1902) was born in Charleston and was educated there and at in Northampton, Massachusetts. In the mid 1800s Jones soon established himself as a leading architect. I’ve found conflicting reports, but most likely in the 1850s Jones accepted his former protege, Francis D. Lee (1826-1885), into his practice as a partner, creating the firm of Jones & Lee.

Both men served in the Confederacy, with Lee attaining the rank of captain. During the war Lee is credited with several innovations, including a torpedo spar similar to the one on the H. L. Hunley. Lee’s design was used on surface boats.

Wikipedia and a couple of other sources (probably quoting from Wikipedia) say that the partnership formed after the Civil War. However, there are buildings from the early 1850s attributed to “Jones & Lee.” Shortly after the war both men moved away from South Carolina, so it is highly unlikely that the partnership was formed afterwards. In 1866 Edward Jones moved to Memphis, Tennessee, and in 1868 Francis Lee moved to St. Louis, Missouri.

The list of buildings in South Carolina attributed to Jones and Lee is impressive, both individually and jointly as part of the Jones & Lee firm. Sometimes it’s hard to determine exactly who did what. On Jones’s Wikipedia entry only the Orangeburg County Jail has the annotation “with Francis D. Lee.”

Francis Lee’s entry has Kensington Plantation listed, and that doesn’t appear on the Jones entry. Other sources credit both architects.

Regardless, for my purposes I’m focusing on Edward C. Jones’s work in South Carolina, whether done individually or as part of the firm. This includes some very well-known landmarks – Furman’s Old Main and Belltower, Wofford’s Old Main, St. John in the Wilderness Episcopal Church, Church of the Holy Cross in Stateburg, Magnolia Cemetery in Charleston (which I wish I’d known when I visited a couple of weeks ago), as well as many other buildings in Charleston.

Jones’s design choices were very eclectic, including Italianate, Greek Revival, Gothic Revival, and Romanesque designs. As I mentioned in the opening paragraph, when viewed side-by-side, the similarities are striking. Especially Furman Old Main, Wofford Old Main, and St. John in the Wilderness have similar design elements, taken from the Italianate style. 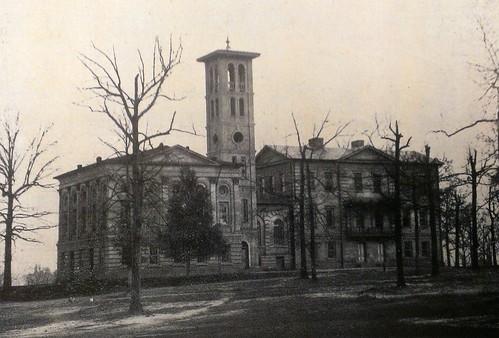 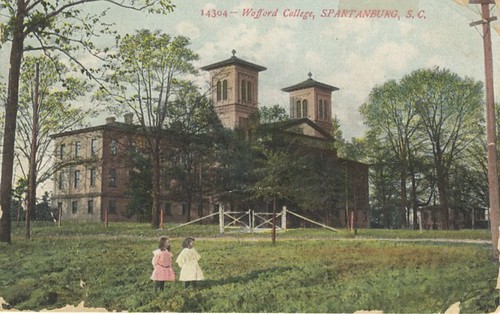 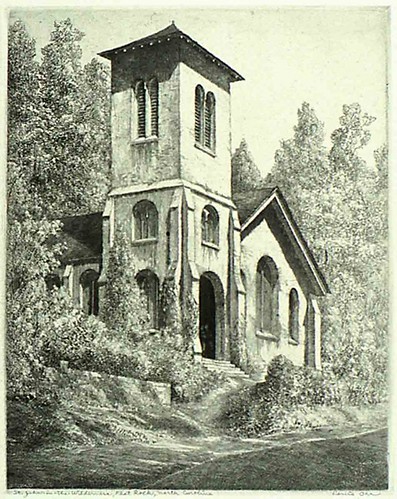 The towers are capped with a shallow pyramidal roof. The buildings feature rounded arched windows as well as other round elements, such as a clock face or other element. The college buildings are so distinctive that they have become symbols for both Furman and Wofford. The same design choices were used in the old Farmer’s and Exchange Bank in Charleston, although this has more Moorish influences than Italianate. 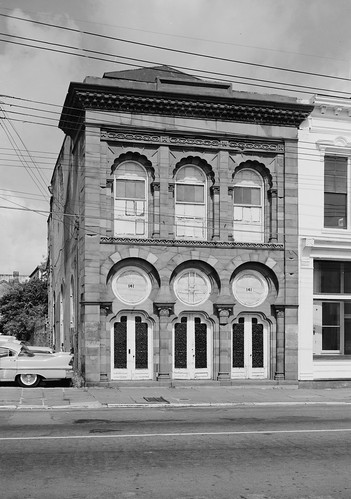 The Farmer’s and Exchange Bank is now a National Historic Landmark and in recent years has served as a restaurant.

Jones also incorporated Gothic Revival elements into his designs. The second Greenville County Courthouse was the notable Records Building designed by Robert Mills. However, its replacement was designed by Edward Jones, and was built across the street, about where the old family court building now stands. 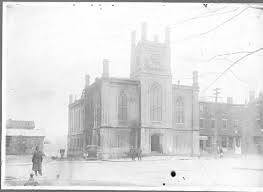 Compare this design to the Charleston Music Hall, which was originally designed by Jones as a railroad passenger station. 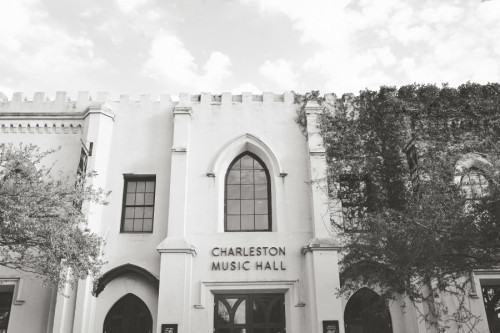 So, as you can imagine, since Jones designed buildings that are closely tied with my own personal history, I had to find out more about him. To add to the story, our good friend Perrin Coxe Kreidler is the granddaughter of famed Greenville photographer William Coxe. Recently she presented us with one of her grandfather’s original prints of Furman’s Old Main. We just got that print framed about the time I found out about Jones, so my interest was kicked up even further. 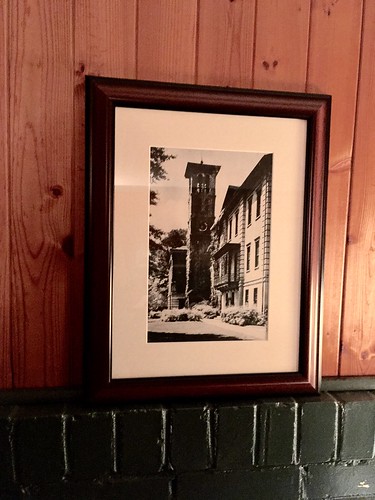 The only way to fix hat yearning for more information was with a photo trek. That comes in Part 2. 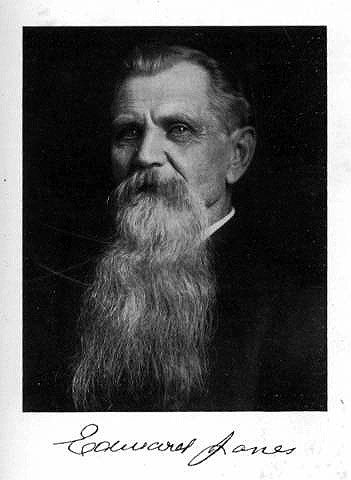 2 thoughts on “In Search of Edward C. Jones – Part 1, The Architect”