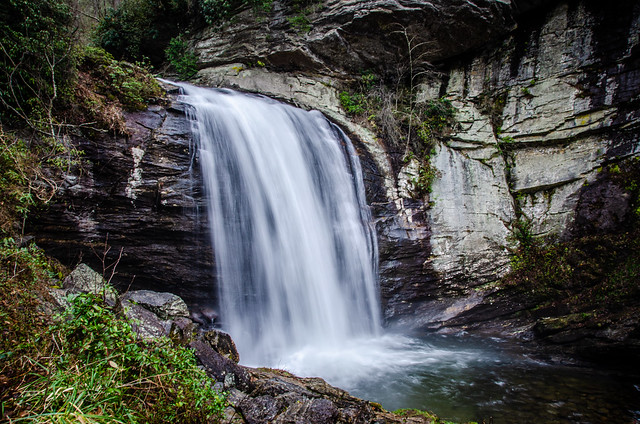 I went nearly a month between blog posts. For me, that’s unheard of. It seems that over the last year or so posts have been fewer and farther between. I could blame it on writer’s block, being busy, and a whole host of other things. While those things do come into play, I think I’ve found that it has more to do with the mechanics of the site than anything else.

I’m a creature of habit. I don’t like it when my workflow changes. It seems that WordPress has upgraded its Gutenberg editor so that things don’t flow as smoothly. There have also been changes to my workflows in Flickr, so the combination of WordPress and Flickr have slowed things down a bit.

I can get over those things, though. My biggest problem has been self-imposed, and it has to do with the trying to break my long posts into separate pages. The TL;DR version is that it’s not working. I’m going back to doing shorter posts and breaking down longer explorations into multiple posts.

Part of the problem is my perfectionist tendencies. I like to get all of the research, photographs, and data together before I start writing. The longer the post, the longer that takes. It got to the point where I just hated to face these long multi-page write-ups. I think that breaking this into bite-size pieces is the way to go.

That being said, I do have lots more projects in the works. I’ll try to get those out in a more timely fashion. In the meantime, here are a few things I’ve missed…

Keith and I recently made a trek up through Pisgah Forest and up to the Parkway. He wanted to get to Looking Glass Falls while there was no one there. We succeeded, and had the falls all to ourselves.

I wanted to take some of the dirt roads in Pisgah, but these were all blocked off. We continued on up to the Blue Ridge Parkway only to find that it, too was closed. There had been wintry weather over the weekend, so that probably explains it.

The Cold Mountain Overlook was open, and the eponymous mountain was spectacular with shifting clouds and splotches of sunlight. It looked perfect for a time-lapse.

We stayed for awhile, but at one frame every 10 seconds it only came to about five seconds worth of time-lapse video. Here’s a link to the result:

We continued on to Waynesville, then past Asheville, with a stop in Black Mountain for German food.

I finally got a hammered dulcimer. I’ve wanted one for years, but just never could seem to make it happened. I’d actually been given two hammered dulcimers, but for different reasons wasn’t able to receive them. The first was given to me by my late Aunt Tootsie. It was a dulcimer built by a first cousin in Kansas. It seemed to be a spur-of-the-moment gift, and I didn’t feel comfortable taking it without her family being aware. After her death those instruments disappeared. If they stayed with her family, that’s great, and I have no problem with missing out.

While in Washington one of my music colleagues said he had a hammered dulcimer that he would give me. It needed new strings and some work, but free is free. Sadly, later that evening he called to tell me that his wife had promised it to a young student. While disappointed, I’m all for making instruments available for students.

I started browsing listings for instruments for sale on Facebook and found some possibilities. I missed out on one I really wanted, but another soon presented itself. I made my way up to Lake Lure to meet up with the seller, then came home with the addition to my arsenal, a 1998 vintage 13/12 Songbird Meadowlark.

First I had figure out how to tune it. I found a chart online and used one of my chromatic tuners and my autoharp tuning wrench to get it…well, if not perfectly in tune, at least close enough so that I could learn the basics.

For a 20+ year old instrument it was in great shape, but there were still a few issues. The strings probably need to be changed, but that can wait. The biggest problem was that one of the bridge supports was missing. It looked like they had replaced it with part of a lollipop stick.

This made those last strings impossible to tune. I had to wonder who’s brilliant idea this had been. I easily found the correct replacement and made the repair.

I can play just about any melody I want on it, but my technique sucks. The Mel Bay instructional book that came with it looks pretty good, so I’m going to work through that. When I get brave enough I might take it to one of my jam sessions, or perhaps even post a video.

So that’s it for now. I’ve got several other draft posts with more cemeteries, jam sessions, and music events. We’ll see if my new posting strategy helps get those out in a reasonable fashion.

3 thoughts on “Housekeeping and Catching Up”