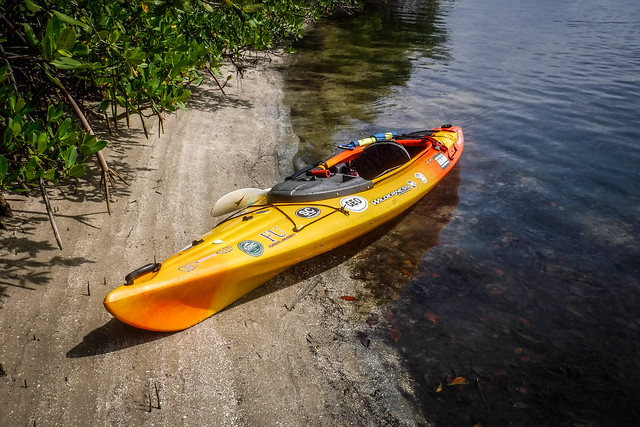 The time that I was in Florida and not in the Keys I spent a LOT of time on my my kayak. I was probably out everyday. My typical MO was to head out after having a cup of coffee. Sometimes Amy would join me, and sometimes Laura would. We even got Amy’s dog out on a boat for the very first time. 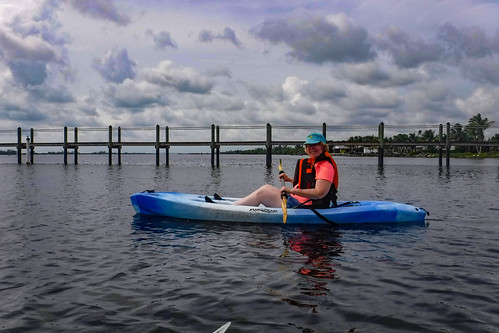 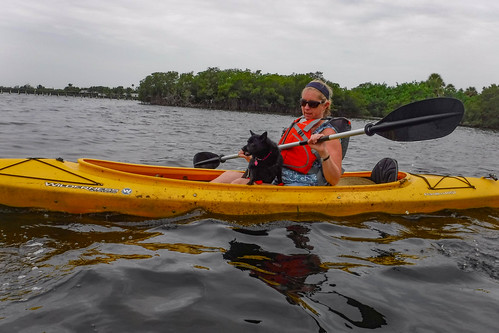 The last weekend we were in town was no different. Saturday morning early Amy and I went to the Farmers Market in Fort Pierce, then I was back at it again. I had paddled to my usual islands, and made it to the one just north of my usual spot. That island has a nice little sand spit that’s perfect for beaching a kayak. I had it all to myself…for a bit. Another boat came up and joined me. 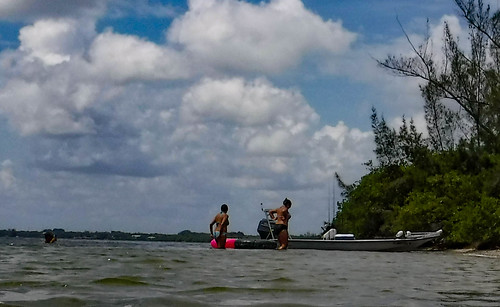 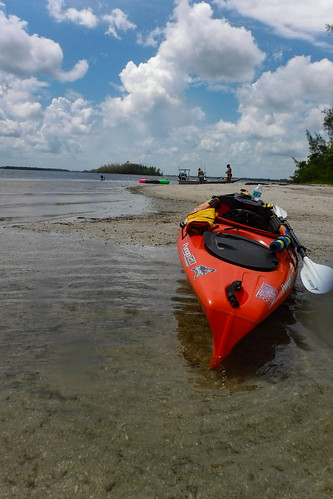 The real problem, though, was weather. Storms pop up suddenly in these parts, and as I rounded the island I could see the looming storm to the north. I just barely made it back to Amy’s boat ramp before the deluge hit. 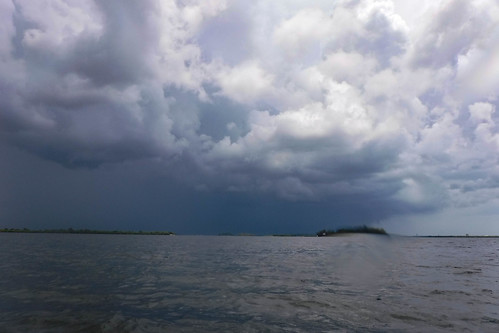 Sunday was my last day to hit the water, so I headed out early enough to beat the storms. I found my island with its little spit of land and set up shop, floating in the water. I noticed that some of the mullet fingerlings were going crazy, and looked up just in time to see the head of a manatee surface a few feet away from me. I tried to get photos, but even with the GoPro on a stick it was impossible. 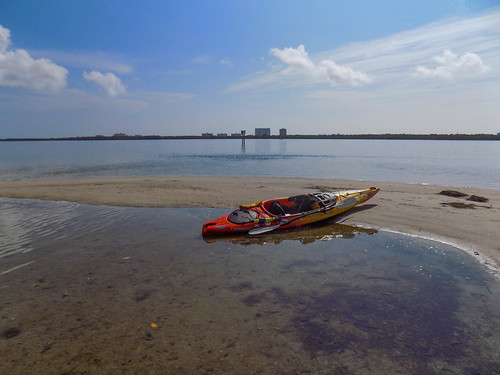 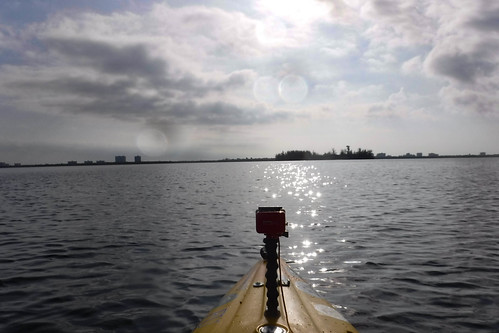 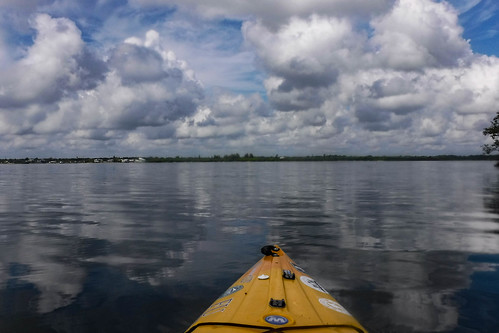 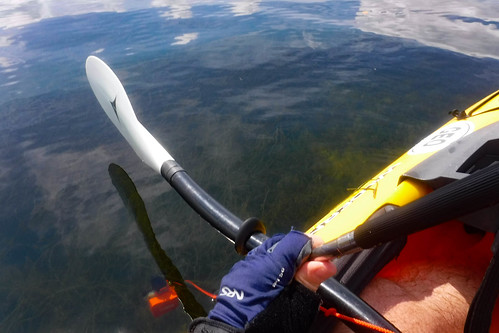 In the afternoon everyone loaded in the car and we went for a ride. One of our usual stops is Rock City Nursery north of Vero Beach. I was staying in the car with Mrs. Wright when I noticed the old building across US 1. It looked like a Rosenwald school. It would be a smaller variation of the Nashville designs, if it is one. I haven’t had a chance to look up any info on it.

Monday morning came around and it was time to head home. We had been gone from Greenville for seventeen days, and our cats would be missing us.