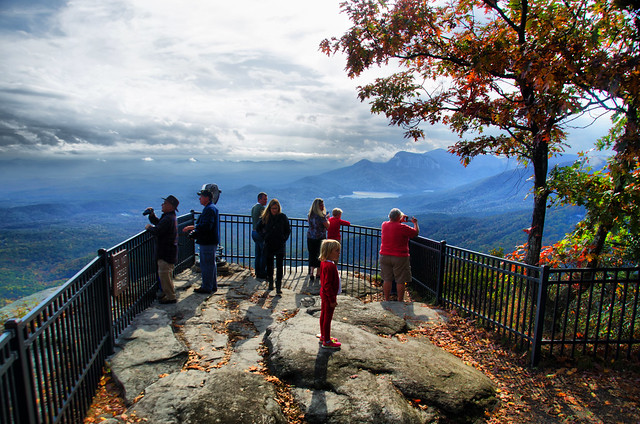 I realize that the previous post was labeled “Part 1” and the OCD part of me hates leaving it hanging without a conclusion. However, I’m going to do just that, since this is timely, and that is not. The autumn colors have been absolutely fantastic this year, and I’ve had several chances to get out and take photos. Here’s a quick rundown of what I found in Upstate SC and Western NC.

It had been raining most of the week, and I was suffering from cabin fever. I was ready to get out and take some photos. The weather was supposed to clear up, but it was cloudy and foggy when I got up on Thursday morning. I decided to head out anyway.

I decided to head up toward Campbell’s Covered Bridge, then see where to go from there. First, though, I stopped at Berry Mill Pond. The park is supposedly only open on Wednesday afternoons, but I walked on in to take a few photos of the pond. 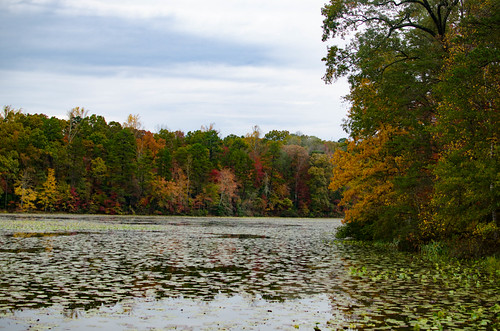 With the leaves starting to fall I could see the old water wheels of the mill a bit clearer. I decided to walk on down and see if I could get a couple of photos. From the bridge over the creek I had a view of the wheels and the old mill, but I decided that I might be able to get a better shot from down lower. The mill itself has No Trespassing signs, but I was on the other side of the creek. I was hoping that a bit of bush whacking wouldn’t be a problem. After making my way through a few briars, I found the angle I wanted. 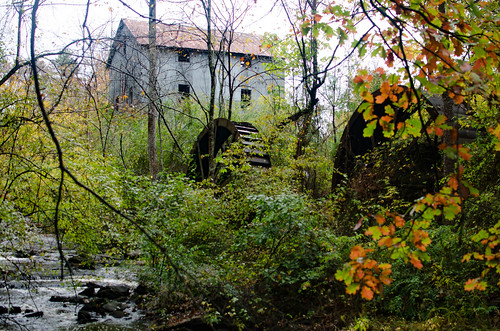 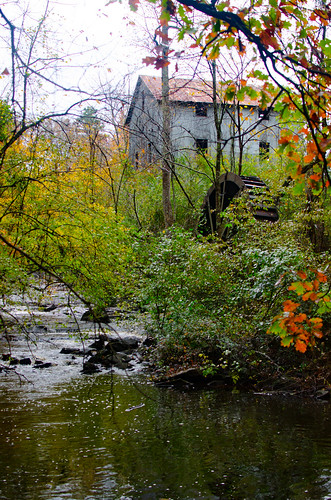 From Berry Mill I went continued on up to Campbell Covered Bridge. It was still overcast, but the fall colors were quite nice. Yeah, I took lots of photos using different settings 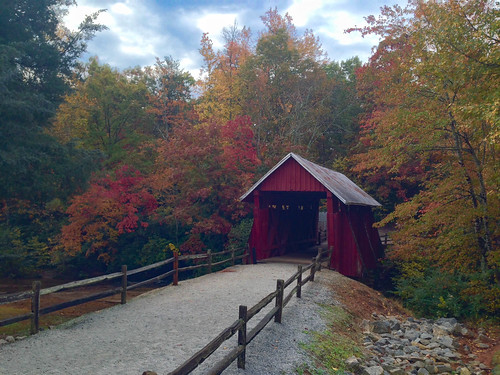 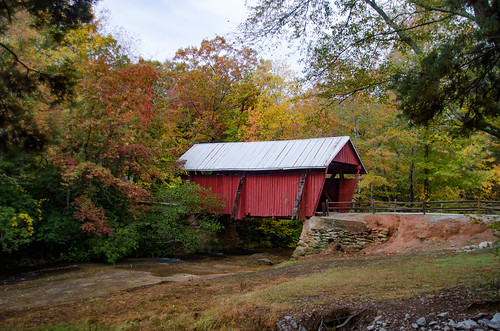 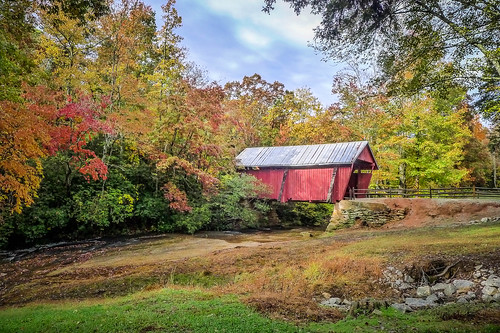 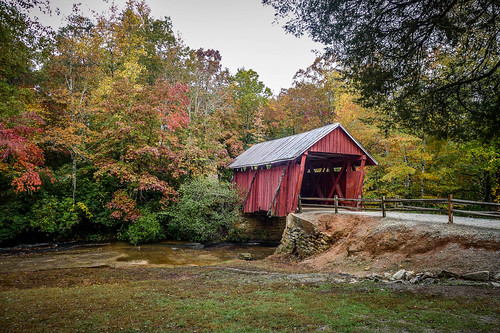 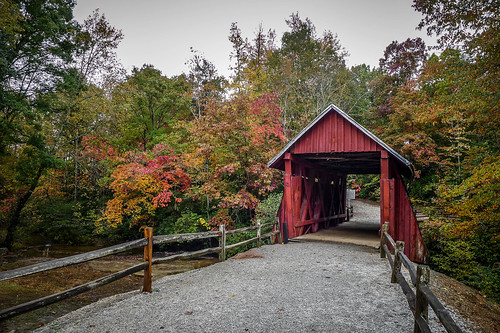 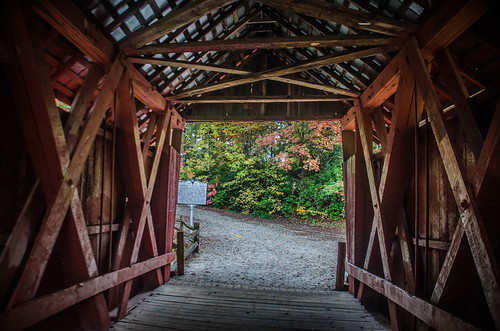 About this time I got a call from my sister Glynda wondering what I was up to for the day. She was in the mood for German food. Since I wasn’t too far away, I decided meet her and change my target destination to Hendersonville.

As we headed up US 25 the fog was setting over the mountains, and it looked amazing. 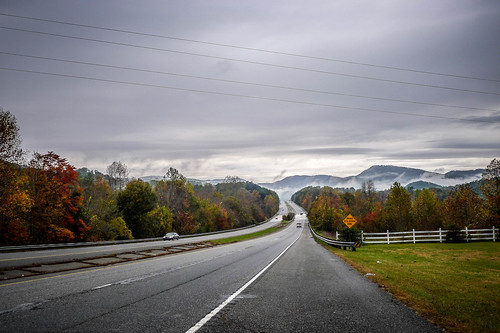 We drove up through Tuxedo, then on through Flat Rock. I had to resist the urge to stop and take photographs every few hundred yards. I did managed to get a shot of a lane that had spectacular lighting. The yellow leaves gave it a golden hue. 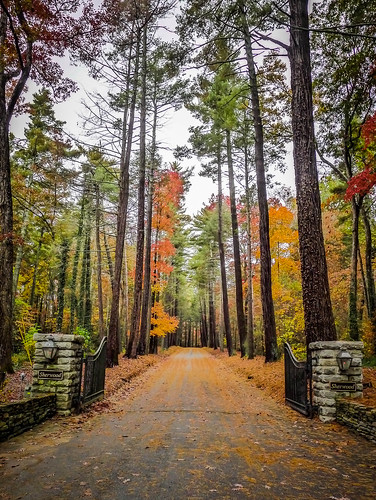 Our favorite German Restaurant, The Black Forest in Arden, had opened a second location in Hendersonville, and we wanted to check it out. We found the location and headed on in. Glynda got the standard bratwurst platter, but I decided to have a special schnitzel they had for the day. 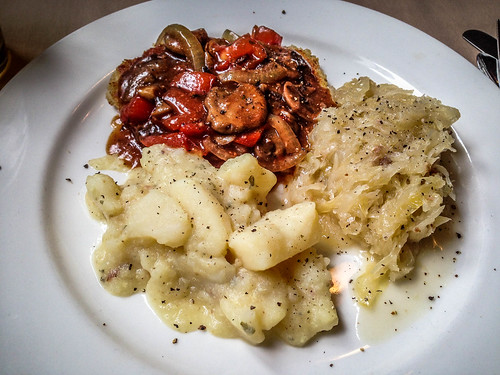 The food was good, but I think we like both Haus Heidelberg and the original Black Forest in Arden better. Regardless, after lunch we decided to do more exploring. We headed on up to Jump Off Rock. Again, the colors were spectacular.

We decided to stop and pose for a couple of portraits. 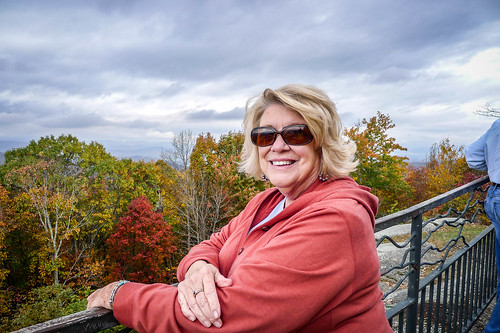 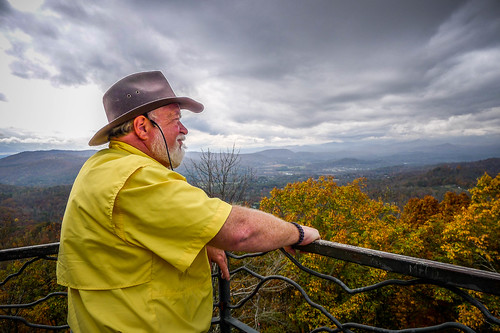 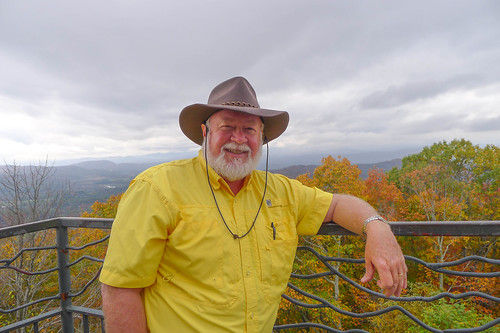 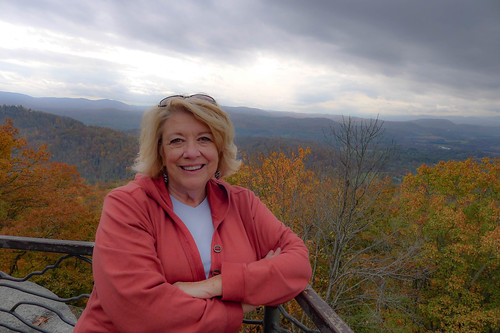 As we were leaving Jump Off Rock I spotted a historical marker saying that this had been the site of the Fleetwood Hotel. When I got home I did a bit of research. The Fleetwood was a hotel that would have been a spectacular edifice on the top of the mountain. 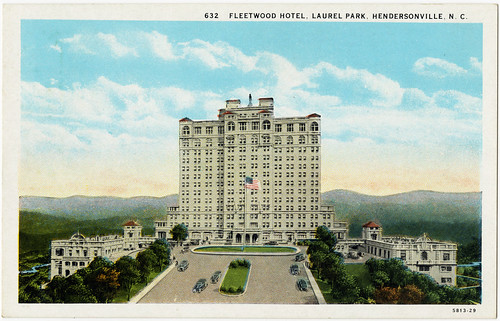 Sadly, it was never completed. In 1925 the largest hotel in Florida was the Fleetwood in Miami. “Commodore” Perry Stolz wanted to build a replica of that hotel on top of Echo Mountain. He began construction in that year, and a land boom ensued around that mountain. A hurricane damaged Stolz’s properties in Florida, and the stock market crash of 1929 put the nail in the coffin. The frame of the hotel had been completed, and 13 of the proposed 15 floors had been enclosed. It sat like that incomplete until 1937. At that time it was sold for scrap and torn down. 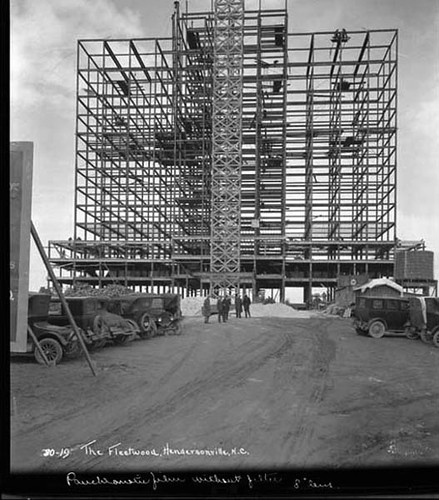 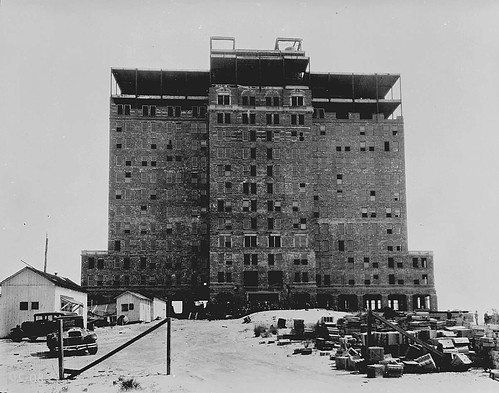 We stopped for a cup of coffee back in Hendersonville, then turned onto Kanuga Road. We continued on this road until we reached the turn off to Dupont Forest. Glynda and I decided to continue on up to Cascade Lake Road, which turned into a narrow dirt road heading up the mountain. 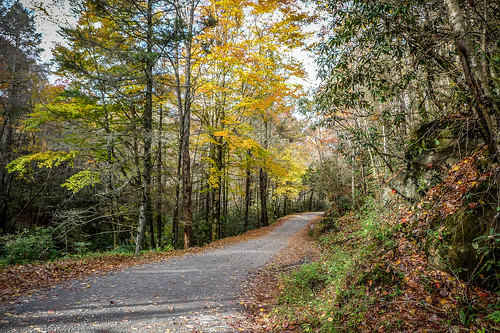 At the Cascade Lake Dam the water pouring over it was about as amazing as the color of the leaves had been. It had Niagra-like proportions, and a mist was coming off of the falls. Sadly, there is no good view of this cascade from the road. 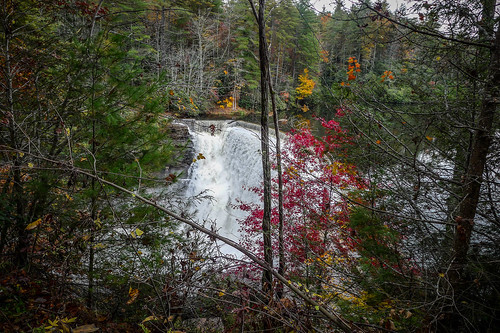 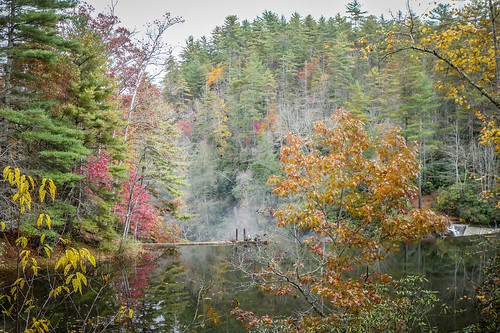 Cascade Lake Road twisted along the banks of the lake, then eventually turn off. Laurel Creek tumbled along beside the road on its course down to the lake. The road crossed the creek, and we came to a small waterfall tight beside the road. 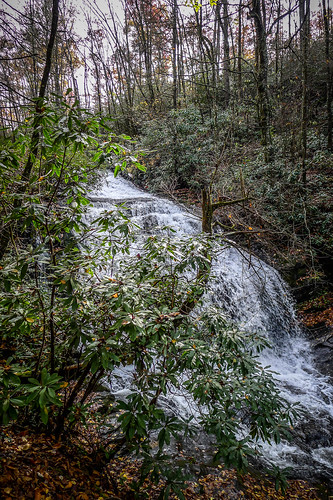 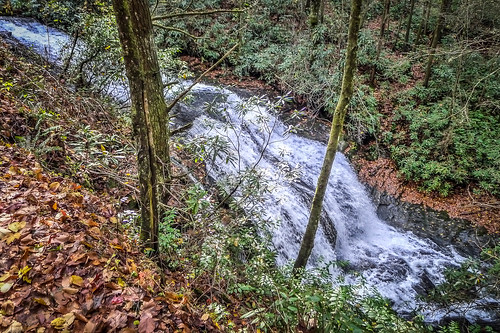 Soon we were back on pavement, then came out at Cedar Mountain on US 276. From there we headed on back toward Greenville. We paused at Caesars Head to take a few photos of the overlook. 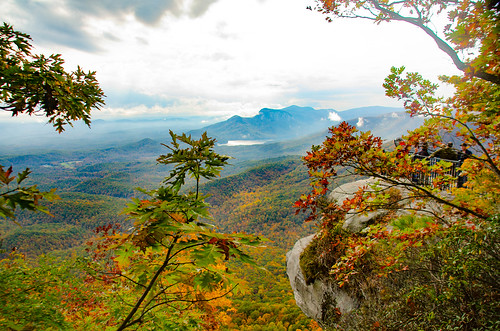 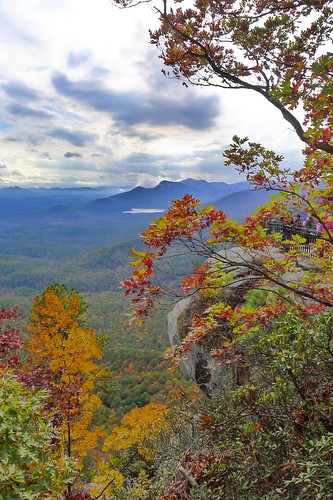 This truly is peak autumn color in our area, and I was glad we got out and about. 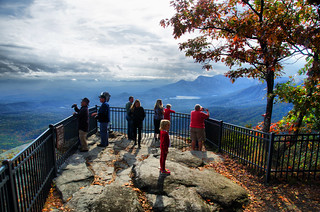