In the fleet of kayaks I have in my yard is one red Wilderness Systems Pungo 140. It’s got a problem, or, several of them, really. First is a question of ownership.  Chip purchased this boat from Confluence five years ago at the Friends and Family sale. Over the course of the years, he traded it to a colleague for another boat. However, the colleague never collected the boat from my yard, and eventually moved to another town. There it has sat for five years. While I often enumerate it with my fleet, I still consider it Chip’s boat.

More importantly, though, is the condition of the boat.  Some of the kayaks at the Confluence sale were factory seconds.  For example, the Pungo 120 I got at the same sale had the webbing for the seat straps sliced.  No biggy, but I had to replace them. 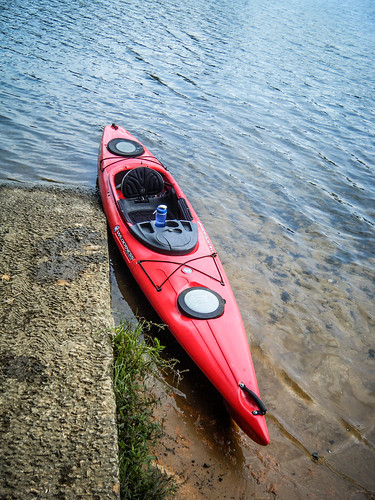 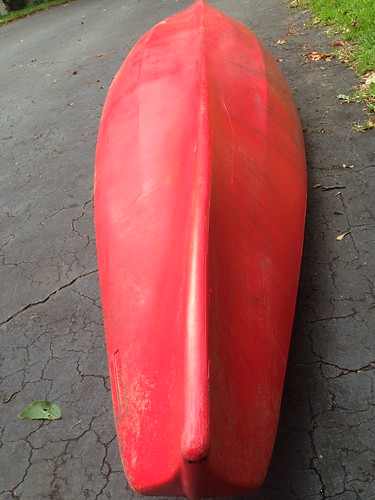 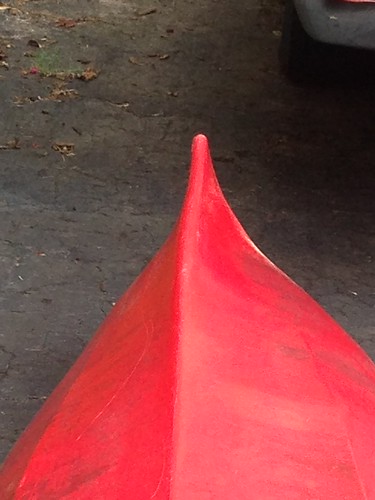 So, the Pungo 140 has sat unused in our back yard these intervening years, as we wondered if someone might come to pick it up, and as we further wondered about its utility.

This morning I decided to see if the boat was as bad as I remembered, or if I were just being picky. I had to clean wasp nests and other debris that had collected over the years, but I loaded it up and drove up to Lake Oolenoy for a short solo paddle.

When I arrived there was a bit of a breeze, but it wasn’t bad. Clouds were gathering, and it looked like an afternoon thunderstorm might be in the offing. I launched anyway, and the boat immediately started to pull to the right. 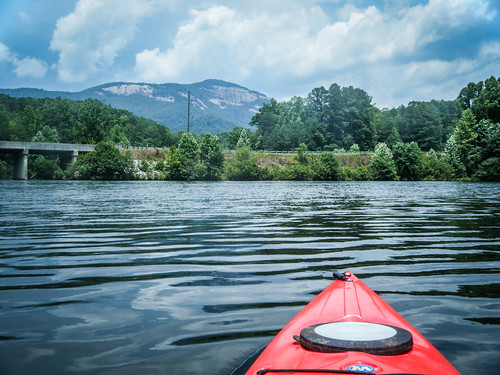 It wasn’t too bad. I was able to compensate and keep it going in a fairly straight line. However, as soon as I stopped paddling, it would start veering.

I followed my usual path. I headed under the bridge and upstream. Still, the boat was pulling right. As far as other performance factors, the boat was quick and handled well. I was able maneuver the boat in the small stream and get it turned back around without any problems. It was comfortable, and rode well. 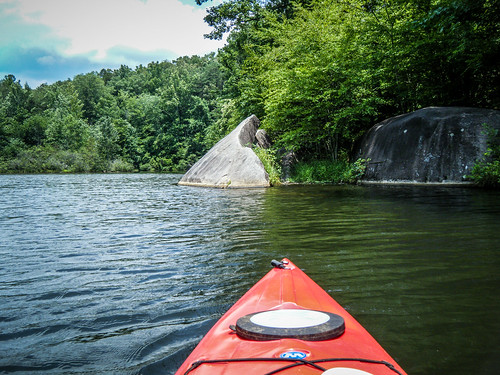 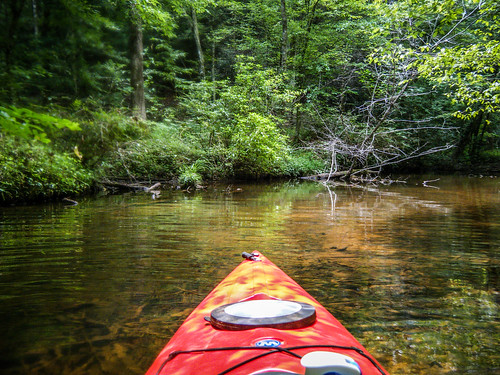 Back out on open water the problems with the boat were more apparent. Soon I was getting tired of overcompensating for the paddling problems. Thunder to the south was increasing, and I used that as an excuse to cut the paddling trip short. I was on the water for maybe an hour. 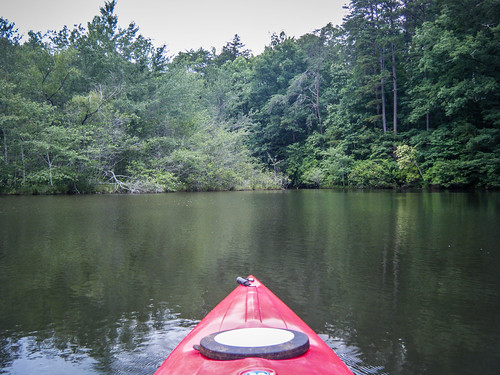 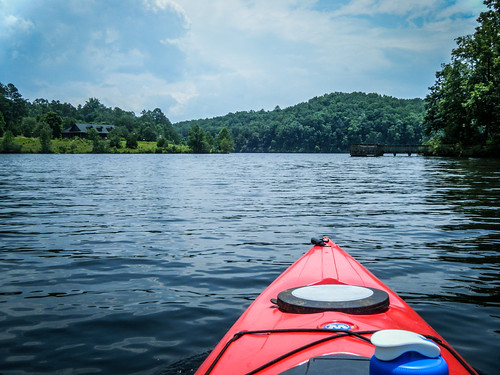 This Pungo 140 definitely has some problems. On a flat water paddle it would be a nightmare. Trying to compensate for the pull to the right would be very tiring. I wouldn’t want to take this thing out on Jocassee. However, on a river with a reasonable current, such as the Edisto, Enoree, or lower Saluda, it would be fine, and would be a very comfortable ride. As it is, it’s a niche boat.

I have five other flat water boats in my fleet. Each of these have strengths and weaknesses for various types of paddling. However, I think I would select any one of these over this Pungo 140, which is one of the reasons it has sat in my yard unused for so long.

Understand that I’m not indicting ALL Pungo 140s, just this one. Even so, I think my Tsunami 14.5, which is the same length, is a much more versatile boat. It’s faster, and has just as much storage. It doesn’t have niceties such as a deck console or drink holder, and it’s harder to get into and out of, but I think it does well in a variety of situations.

Even so, I’ve got an Edisto paddling coming up this weekend. I’m very tempted to take the Pungo 140. However, I’ll probably stick with my tried and true 120. It already has a GoPro mount.