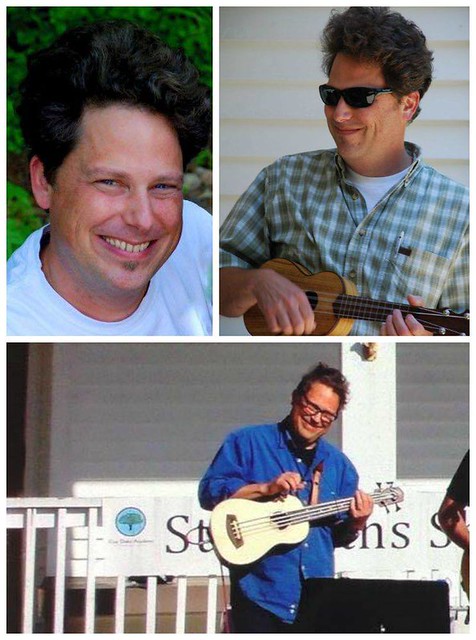 We got the sad news yesterday. Russ Morin had finally lost his long battle with cancer. One of the coolest individuals I’ve ever met has left this sphere. Russ was a musician, craftsman, and educator.

I’ve known Russ since 1980, for 35 years. He was one year behind me at Furman, and we became friends through mutual friend, Jim Davis. I got to know Russ best as a fellow DJ at WPLS, our college radio station. Back in 2000 we staged a revolution at WPLS during Homecoming, with former DJs taking over the station. Russ took part, and joined us for a party later. 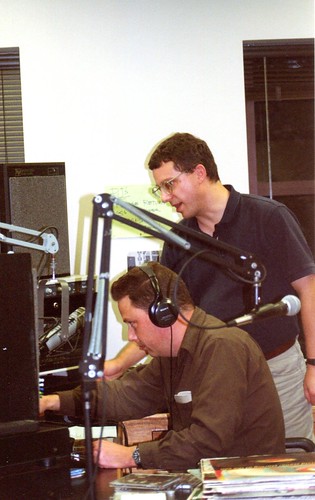 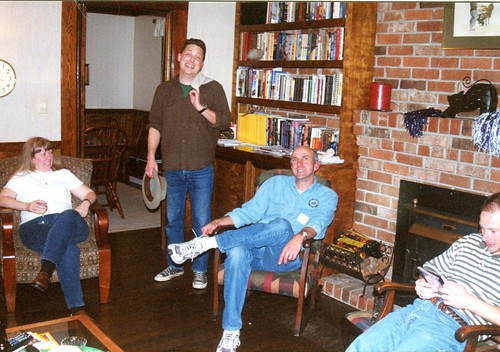 After graduation Russ pursued his music career, first with a group called The Beef People, then a group called Popular Mechanics. Russ was joined by fellow Furman grads Dan Rollo and Fitz Hamrick, and my cousin, Jim McNeely, on Drums. We saw them live several times, including a reunion gig a few years back at Fitzpatrick’s here in Greenville. Russ continued to perform throughout the years in different settings. 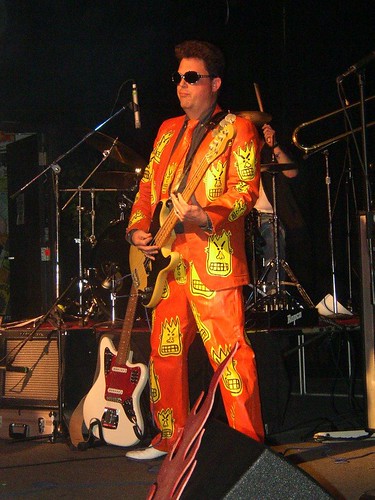 Russ also worked at Horizon Records, one of my favorite hang-outs in town. Here he got to put his extensive knowledge of pop music to use. Most recently, Russ came to be known as a master craftsman. Laura and I would drop by his woodworking shop in the Overbrook neighborhood to see his latest creations. He was gifted at turning found wood into beautiful pieces of furniture. 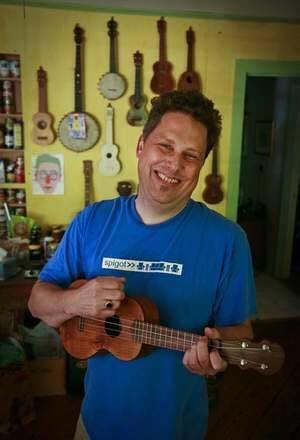 Furniture wasn’t the only thing, though. Rush began building his own line of ukuleles, Big Rusty’s Ukuleles. These were exquisite resonator ukes, with amazing tone. They were works of art just from a visual standpoint. Here is a YouTube video of him demonstrating one of his creations:

But it wasn’t just creation for his own enjoyment. Russ loved to perform, and also to inform. He taught music at Five Oaks Academy for a time.

Russ was always looking to repurpose and create. He was a maker in the truest sense of the word. He would occasionally drop by the house to pick up and old lawnmower or other tool that I no longer needed to try to turn it into something more useful. Even while he was sick with cancer he kept himself busy. He built two large scale model WWI fighter planes from scratch, with no plans other than old photographs.

When we learned this week that Russ had gone into hospice there was a huge outpouring of admiration and sympathy. In fact, it got a bit awkward. Several were writing as if Russ had already passed on, while he was still here with us. Had he been able, I could see him responding with his best Monty Python imitation, “I’m not dead yet.” Even so, he has now moved on. Russ leaves behind his devoted wife, Harris Morrison.

I told someone that now I’m a firm believer in global warming because this planet has just lost one of its coolest inhabitants. So long, Russ. We will miss you, but you’ll live on in the beautiful art you created here.

One final note. Fitz Hamrick had posted a photo of the late Robert Ridgeway, another seriously cool individual taken from us far too soon. Russ used to keep this taped to his classic Vox organ he used during his gigs. Not exactly sure why. 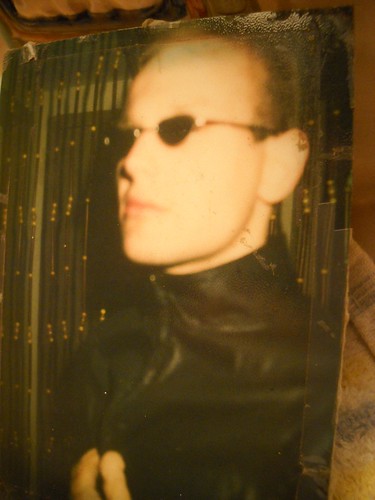 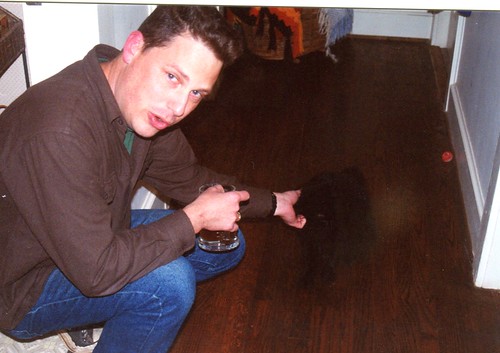