It seemed like the Parkway was stretching on further and further. By this time we were getting a bit tired, and wanted to find our hotel for the evening. We had booked a place near Mount Airy, AKA Mayberry, so we headed in that direction.

We found the hotel and got checked in, then headed into town. Despite all of the “Aunt Bea” this, and “Sheriff Taylor” that, the town looked nothing like Mayberry. Laura commented on this, and I said that of course, the show was some stylized town shot on a back lot in Los Angeles, and had nothing to do with the real town in North Carolina.

In fact, the show was shot on the “40 Acres” sound lot in Culver City. The “Midwestern Town” portion of the lot was not only home to the Andy Griffith Show, but any other show or movie that needed a small town setting. Even Star Trek paid the lot a visit. 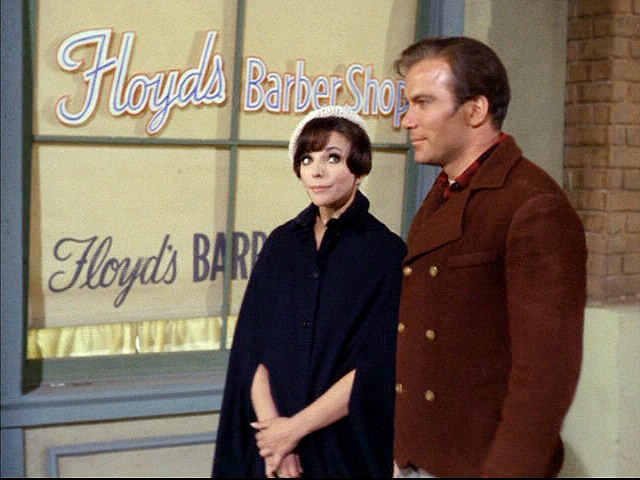 The town itself is in a hilly setting along a river, unlike any backlot on TV.

After a few mis-turns, we found a place for dinner. Gondolas in Mount Airy turned out to be an outstanding find. The food was excellent, and there was more of it than we could finish. There was no way we could finish it all, and we really hated having to leave a large unfinished portion behind.

After dinner it was time to go find meteors. We headed up to the Parkway and drove until we found a suitable spot. There was still a bit of light pollution, but that didn’t really matter. The clouds were going to be more of a problem than any light pollution. At least I could see the Milky Way between the clouds, and I hadn’t been able to see that in ages. As for meteors, I saw one, and Laura saw two. The meteor shower was a bust.

Even with the clouds I set up my camera with long exposure time-lapse, hoping to capture something. Here’s a short video show a bit of what we saw…