Last week fellow singer and explorer Tommy Thompson had been invited to tag along with one of his friends, Steve Baker, as they visited Jim Pitts, retired chaplain of Furman University and expert on live steam model railroading. I knew Jim from when I was a student at Furman, and we’ve have kept up with each other through Laura in the many years since then. Tommy invited me to come with them as a tag-along tag along. I jumped at the chance.

We started with breakfast at the Travelers Rest Inn, then headed on up to Jim Pitts’ house in Travelers Rest. Steve was running a bit late, so Jim invited us in and gave us a tour of his extensive collection. The first room we entered had shelves lining the walls and cases with multiple types of model engines. Jim gave us a running description of each.

Steve arrive in time to join us for coffee and doughnuts, after which Jim took us out to see the rest of his collection. We thought we had already seen it, but there was a separate garage out back with even more trains. 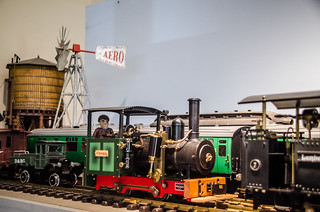 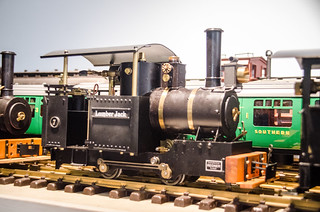 Jim told me how he got started with trains. As a child he grew up in a small apartment in Washington DC. He had a Lionel train set that he was only allowed to pull out at Christmas, then had to put away at New Year’s. He declared that when he got older, somehow he was going to have it so that he could have his trains out all the time. I think he overdid it a bit.

Before getting involved with live steam, Jim got his start with HO scale trains. Most of these were now in display cases, and rarely used. One set was made completely of brass, with accessories. 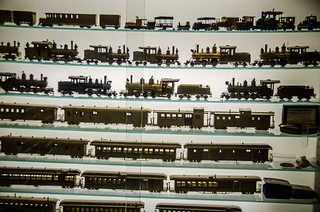 In addition to trains, Jim has some railroading accessories. He had several lanterns and a step stool for Seaboard Railroad. He also had a ticket validator stamp for the Tallulah Falls Railroad. The images below show the step and the stamp die, both in original format and reversed so that you can read it. Jim is now a dealer for the Aster Model Steam Engine Company. His workshop includes a nice workbench for putting the models together, and for storing other parts for distribution. Jim’s website (www.southernsteamtrains.com) is now one of the definitive websites for live steam model railroading. 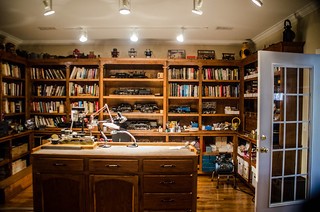 The term “live steam” means that the engines actually have heat applied, water boiled, and the steam used as the locomotive force. The engines are fueled by either butane, alcohol, or coal. The engines are intricate, and require lots of TLC, as we were soon to discover.

It was time to generate some of that steam. We selected a couple of engines and some rolling stock and headed out to Jim’s backyard track.

The track is elevated about three and a half feet above the yard. It’s a rough oval, with an inside and outside track. There is one crossover, and a siding for working on the engines and bringing them up to steam. A set of steps leads from the deck into the center of the track. 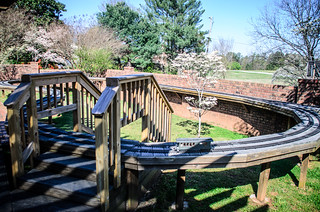 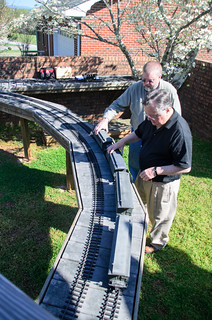 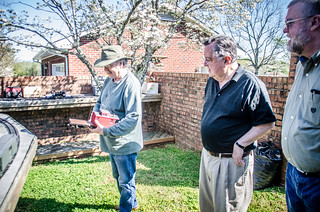 Just to get the tracks warmed up, Jim hooked up a battery operated tender to the rolling stock. He let it run around the track several times. We discovered one spot on the track where the rails had been damaged by a previous fire. The small battery engine had a tendency to derail at that spot. 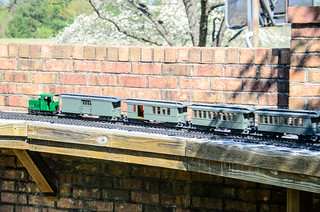 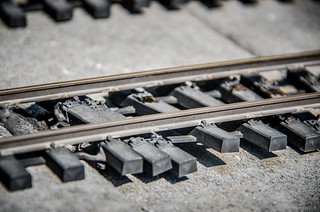 As for steam, we started with a small butane engine and a caboose with attached flatbed. Steve fired up the engine, and let the steam build up. I put the GoPro on a small tripod and let it run around the track on the train. 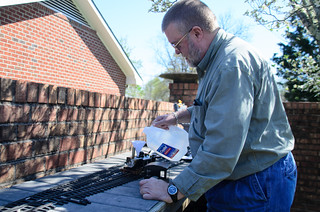 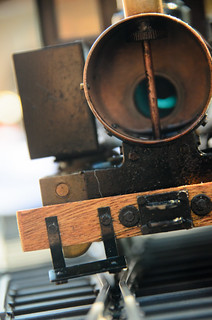 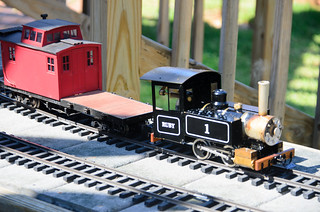 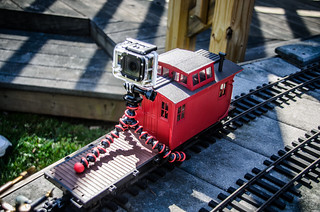 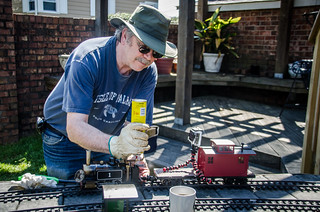 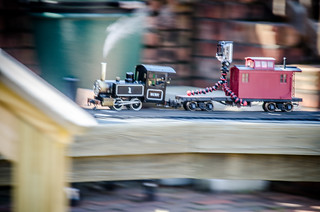 Jim brought out another engine. This one was a model of a Sandy River narrow gauge engine. He attached it to the rolling stock that had been running with the battery engine. 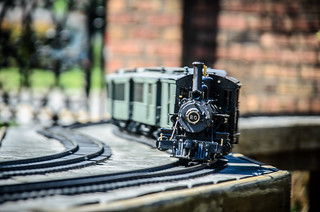 Steve was having a bit more of a problem with his engine. There was a problem with some connector. Of course, Jim had all of the schematics for just about any engine available. Even so, by the time I had to leave he still had not gotten it working. 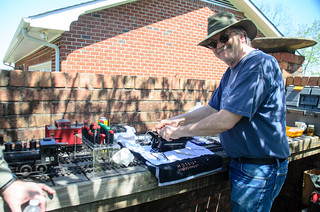 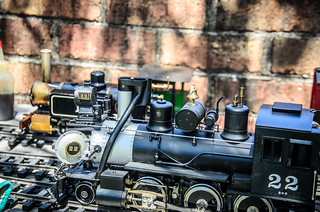 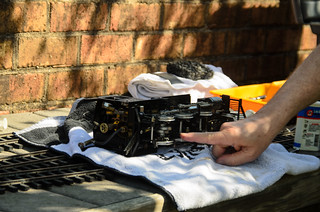 I put together the video from the GoPro and some other video I took with the Nikon and made the following video:

Here are the rest of the photos from the set:

My sincere thanks to Jim Pitts and Steve Baker for sharing their hobby. Thanks also to Tommy Thompson for letting me tag along.