This has been an incredibly busy weekend. I paddled two different rivers – the New River and the May River near Bluffton, and the weekend wasn’t yet done. I was also serving as a docent for the Laurens Cemetery Tours this year.

I had gotten an e-mail from Bill Cooper a couple of months ago asking if I would serve as a docent for the tours. I’d agreed, not knowing what the weekend would actually entail. I was wearing a bit thin after two days of paddling and hours of driving. I wasn’t sure how well I’d hold up, but decided to give it a shot anyway.

The tours were scheduled to run from 2:00 until 5:00. I arrived at Laurens City Cemetery at about 20 minutes ahead of time so that I could find out what I needed to do. I was greeted warmly as “the cemetery expert.” I was a bit…surprised.

I was also surprised that the only thing I had to go on was the brochure they were passing out to all visitors. The high points were numbered on a map in the brochure, but there was nothing out in the cemetery itself to show where they were. You kind of had to know.

I decided I didn’t know, or, at least, I didn’t know enough to be comfortable leading a tour. I decided to follow Bill around on his first tour so I’d have a better idea what to do. 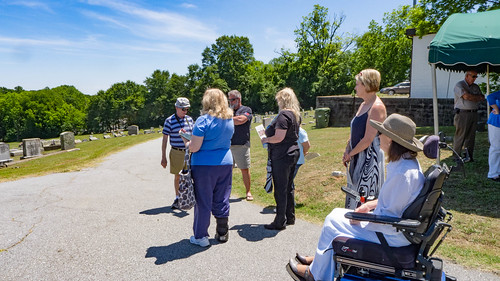 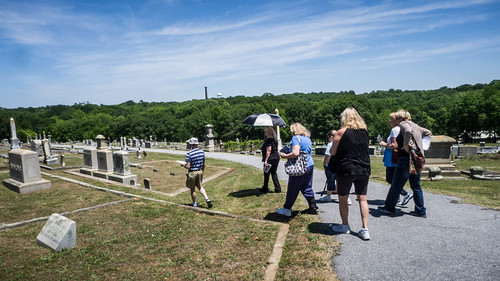 There was another twist this time. Several volunteers were in costume and had agreed to portray some of the famous people buried here. These included Wil Lou Gray, who began Adult Education in the state, Thomas Badgett, a prominent architect and builder and his wife, William Copeland, who has a statue in the cemetery, and John Watts, a South Carolina Supreme Court Judge. 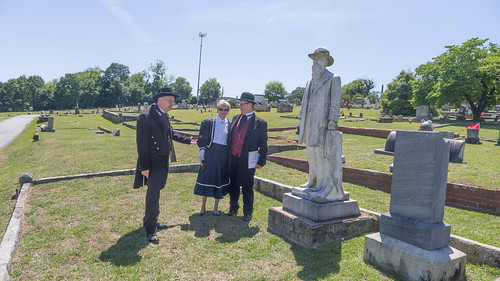 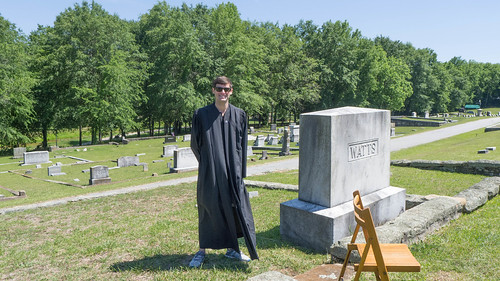 I hadn’t found all of the markers, but there was another group needing a tour. I decided I’d have to wing it. I did the best I could, ad libbing a bit about funerary art and other things I knew in general about other cemeteries. I managed to make it through without too much embarrassment, but I felt completely unprepared for the task at hand. I took my group to the re-enacters, and tried to let them run the show. 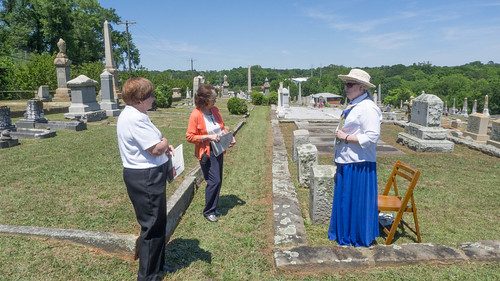 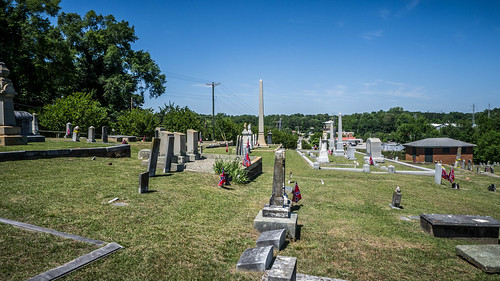 I did point out a few things, such as the few signature stones I knew about in the cemetery. 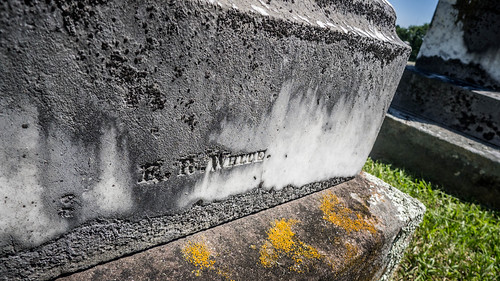 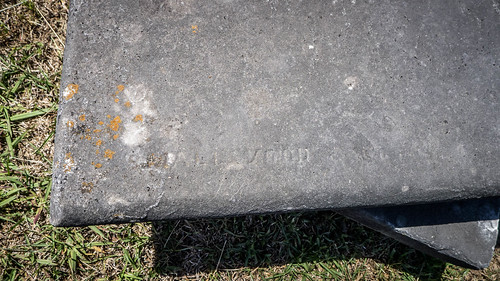 Back at the tent we had several people asking about specific grave locations. The organizers had two reference books with a listing of graves. However, I had the Find-a-Grave app on my phone. I could check the listings faster, and even pull up a photo of the grave, where available.

As far as I could see, Bill and I were the only ones leading tours. Each tour was taking quite awhile, and I wish there had been someone else to help. As it turns out, turn out seemed to be much, much lighter than last year. I had one more group that I took around. By 4:00 the re-enactors were gone, and the folks manning the tents left. This last group proved to be the most interesting, though. One gentleman, Chumley Cope, was hanging on every word. Turns out that he loves history and exploring as much as I do, to the point that he has made it a business. We exchanged cards, and I hope to hear more from him.

I was cooked and exhausted. I’d been outside for three days straight, and I was ready to be indoors. I do have some summary reflections on the experience. First, I noticed that they had cleaned up Little Earle. This is one of two life-sized statues in the cemetery. The last time I was here he was covered in moss, as seen in this 2015 photo: 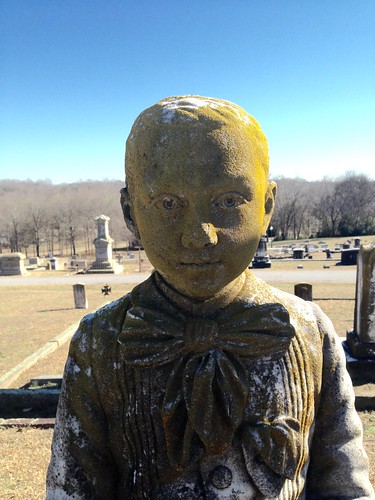 Now he looked unnaturally white. His head was inconsistent with the rest of the sculpture. It also looked like his nose had been damaged at some point. 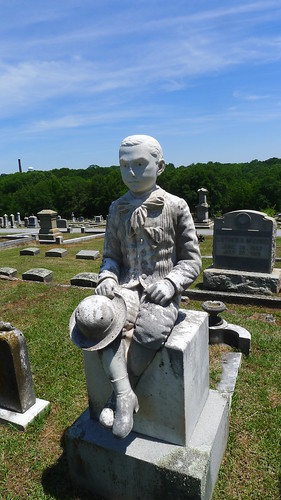 The other thing that concerned me was the lack of organization for the event. I felt like I had been hung out to fend for myself. I was given no more information about the cemetery than what was provided to visitors in the brochure. The highlighted locations were not marked, as they were last year, so there was a lot of fumbling around to find things. Also, this was a very Laurens-specific tour. People from Laurens would be able to fill in the blanks because they knew the names and places, but anyone from out of town (and there were a few of them) would have a hard time with this tour. Also, there were some serious gaps in information. There was very little about the organization and history of the cemetery, and absolutely nothing about the types of headstones, funerary art, etc., etc., etc. It all focused on those few important people. I tried to fill in the gaps and answer questions as best as I could, but I’m sure I got some things wrong.

And finally, they needed more than just the two of us leading tours. The tours themselves took far too long. If the turnout had been better, we would have needed to have been running simultaneous tours, and that just wasn’t going to happen. The re-enactors were a good idea, but they slow things down. Standardization through use of a script would have helped, but that means more planning, which obviously didn’t happen. Oh well.

Overall, though, it was fun, and I was glad that Bill invited me to participate. If I am invited next year, I hope that things come together just a little bit better.