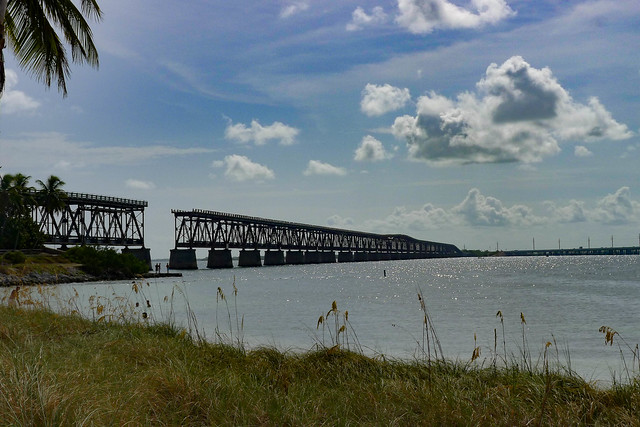 So far our Key Largo getaway was going just like we wanted – lots of pool time, some kayaking, good food, and several delicious rum-based drinks. On Wednesday we decided that we’d had enough direct sunshine, so we decided to ride a bit. It seemed a shame to get this close and not make it all the way down to Key West, so we set off in that direction.

This is the third time we’ve made this drive. It always surprises me that US 1 through most of this stretch is only two lanes. Even the infamous Seven Mile Bridge is only two lanes. With those constrictions, and with 45 MPH speeds through the Key Deer areas, it takes longer than you might think to drive the 105 miles from Key Largo to Key West. 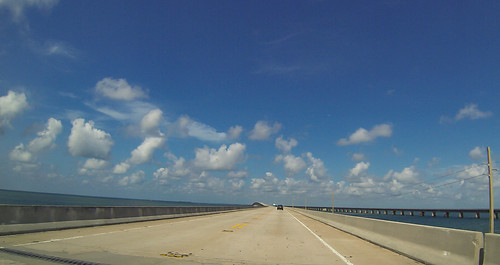 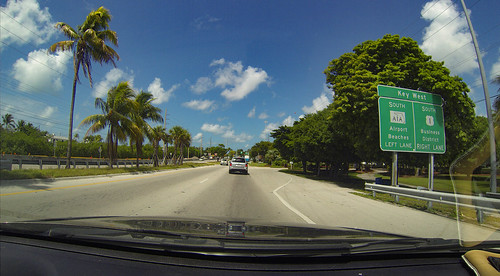 We arrived about mid-morning and drove on down to the heart of the town. We cruised along Duval Street, which reminded me so much of Bourbon Street in look and feel. And it was hot – blazing hot. We found a place to park and walked back to Duval.

First order of business was lunch. We headed into Sloppy Joe’s, where there was a full blown party already in progress. There was a guy on stage singing a mix of songs that, yes, included Jimmy Buffet tunes. 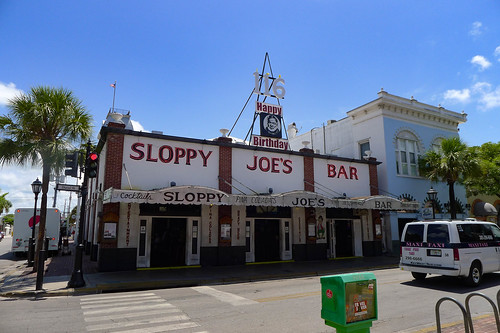 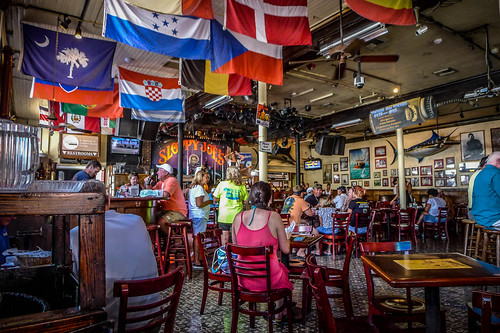 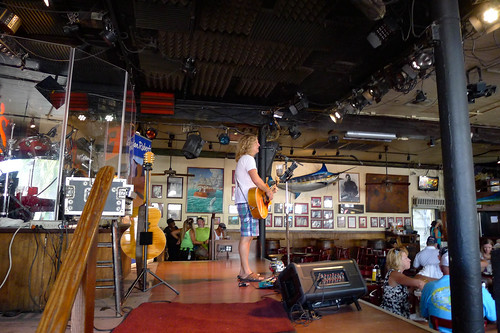 Whatever it had been in the past, Sloppy Joe’s was now pretty much a tourist joint, plain and simple. It was set up so that one could get a condensed version of the Key West experience any time of day. Still, lunch was good, but we avoided any more rum drinks.

We decided to walk down the street, popping into various shops when we got too ho. One of the first places we popped into was a gallery for panorama photographer Peter Lik. His work is impressive, and we enjoyed pretending that we could actually afford the $30K price tag for his work.

A couple of cheesy tourist shops came next, then we found ourselves in a hammock shop. Laura fell in love with a hammock chair. 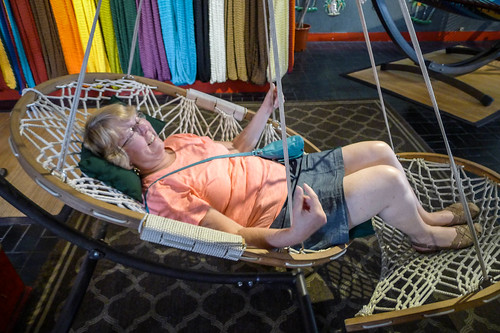 Yes, we bought one – our souvenir from Key West. The chair and stand would be shipped to our house. We took a few photos along the way, but soon the heat got to us, and we headed back to the car. 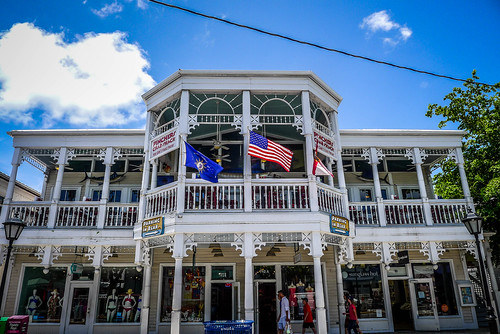 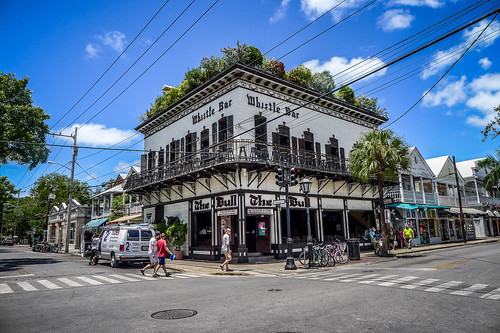 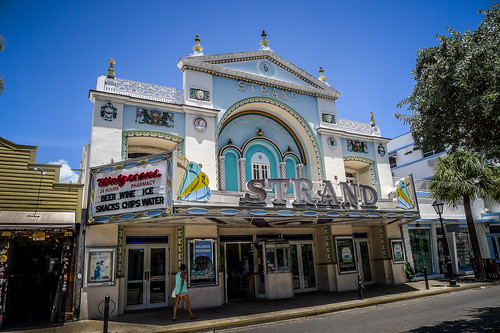 There was the obligatory trip to the Southernmost Point. There were tour buses and a long line of people waiting to have their photos made. We decided to skip it this time. 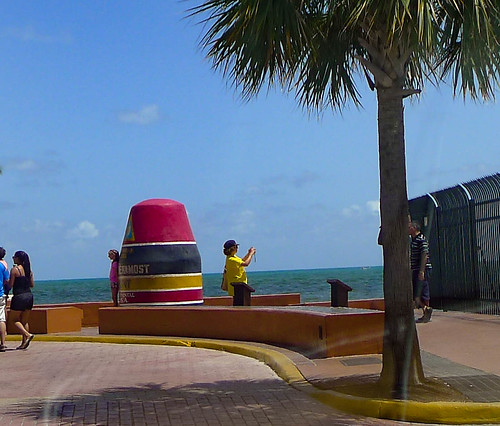 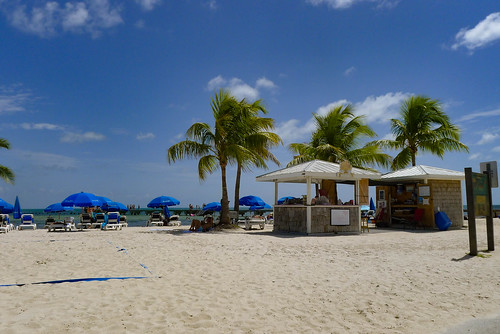 We left the island about mid-afternoon and headed back up US 1. Alng the way we stopped at a couple of state parks and drove through since we had Amy’s pass with us. The most dramatic was Bahia Honda, with its views of the old Flagler railroad bridge. 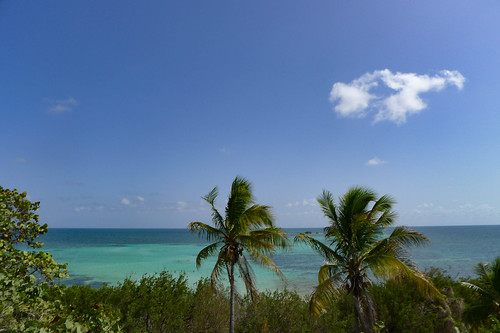 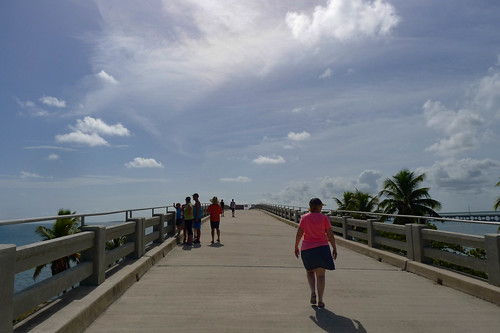 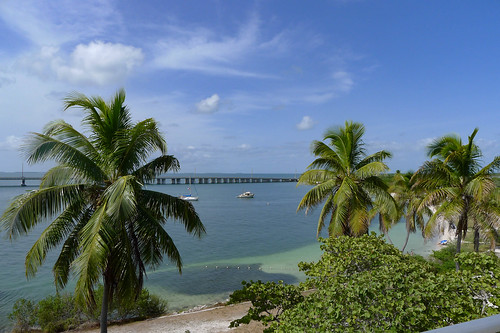 Along the way we back we stopped for dinner at the Island Grille on Islamorada. Turns out that it’s the same place we stopped when we were down this way in 2006. The food was quite good, yet again.

This was to be another lazy day by the pool – no kayaking or other adventures. As usual I woke up earlier than Laura. I set up my GoPro to do a time lapse of the morning light. I let it run while I ran and got more coffee and doughnuts. I thought it turned out pretty good. 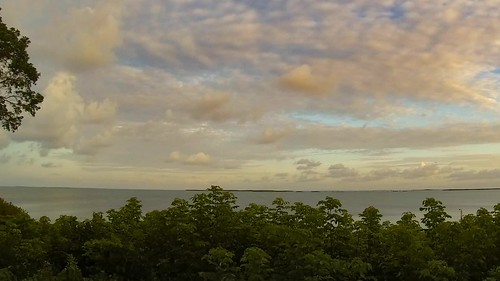 The rest of the day was spent in the pool. Completely. We were the only two there, so I goofed off a bit. I too my GoPro and tossed it into the pool with the video running. The film wasn’t so great, but the captured stills were…interesting, including a couple of weird selfies. 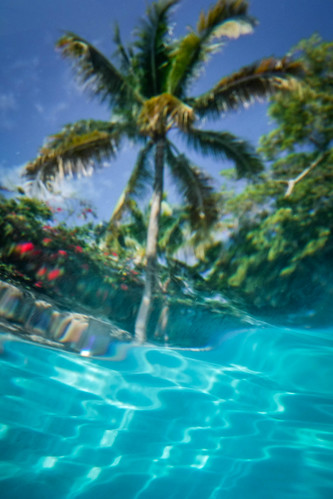 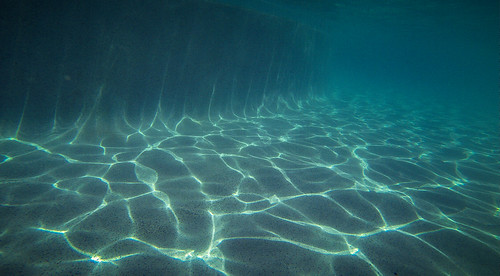 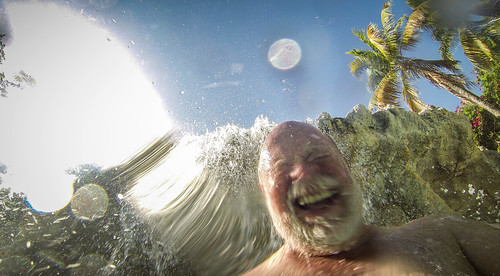 Morning faded into afternoon, and others came and went around the pool. Another guy showed up with a GoPro and we chatted a bit. He, his wife, her high school friend, and her husband joined us, and we chatted awhile.

The sunset was spectacular. I got the best shots yet, and, of course, I had my GoPro doing a time lapse. 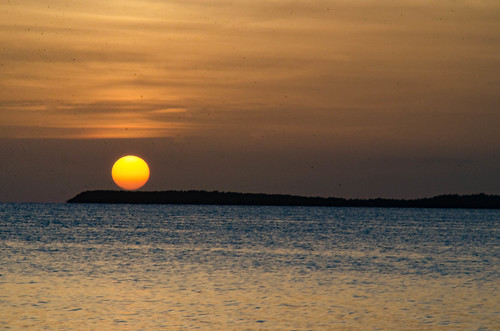 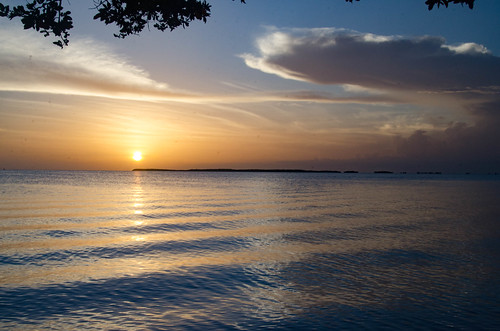 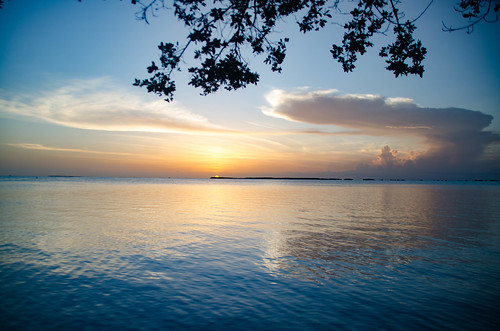 As I was taking photos down on the beach, I looked over, and the couples that we had met at the pool were there, too. They tried to take a couple of photos with iPhones, but they were turning out severely backlit. I offered to take some photos. 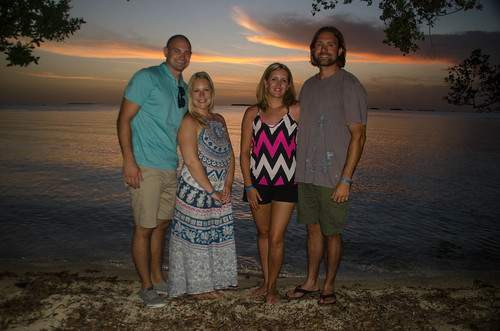 Dinner was pizza delivered to the room, and we wrapped another great day in the Keys.

We had breakfast at the Denny’s up the street, where we once again ran into our GoPro friends. We headed back to the hotel where we walked out onto the dock. I had my GoPro with me, as well as my selfie stick. I wish I’d thought of it before. I used it to lower the camera into the water, and also got some shots of a barracuda and a small nurse shark. 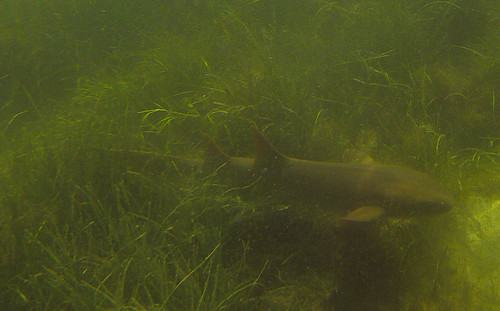 Too soon, it was time to go. We packed up our gear and headed north. We took the scenic route, following US 1 into Miami. We somehow got onto the access road for Key Biscayne. First time we had been here, and the scenery was stunning. We crossed the bridge, admired the beaches, then returned, pausing for a moment to take photos of the Miami skyline. 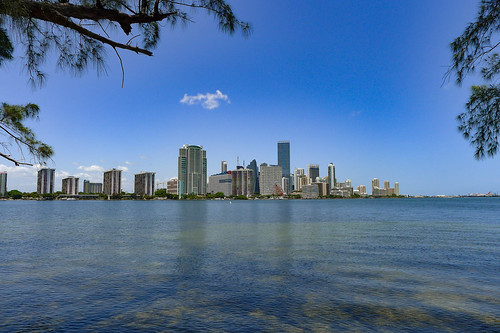 We reconnected with the Interstate, then headed on back to Fort Pierce for the rest of our Florida sojourn.