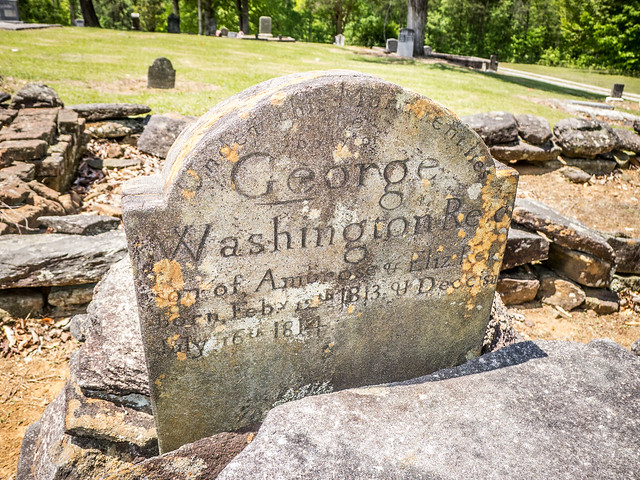 It was a spectacular Wednesday morning. I’d been doing yard work all week, and needed to escape. That seemed like the perfect time for a trip to the Pickens Flea Market. This time, rather than carry cameras, I had a backpack loaded with audio recording gear.

Apparently everyone in Pickens County had the same idea as me. I had planned to get there around 8:00, but Highway 183 from Greenville to Pickens was a zoo, and traffic was clogged headed through the town and out to the flea market. Eventually, though, I did get a nice, shaded parking space, and set out to explore.

I started around the back side of the flea market, audio recorder going the entire time. I was capturing some excellent ambient sounds, but wasn’t picking up anything distinctive. I wasn’t taking any photos at all. I hoped to get around to the musician’s corner before they got going good so that I could chat with Robert Perry and his crew.

I was just around the corner from the singers when I got a text message from my sister, Susan, saying that she and her husband, Jennings, were there, and that they were just down from where I was right then. Despite the crowds, I found them with no problem. Together we wandered through the market, chatting and gathering audio. I hadn’t pulled out my camera at all.

I managed to score four old hymnals to add to my collection. There was a Methodist hymnal that I probably already had in the collection, a couple of others that looked interesting. The guy made me a good bundle deal so I took them all. 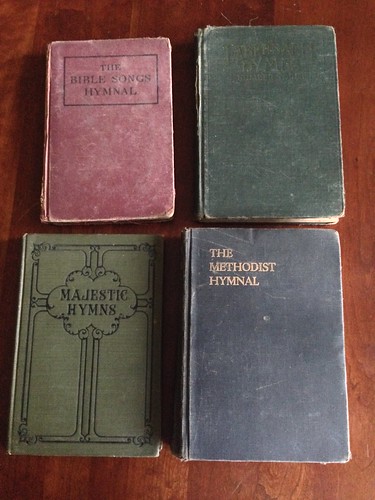 This place was hopping. Not only were the shoppers out in droves, but there were more vendors than I had ever seen here. They were even set up along the edges of the parking areas. 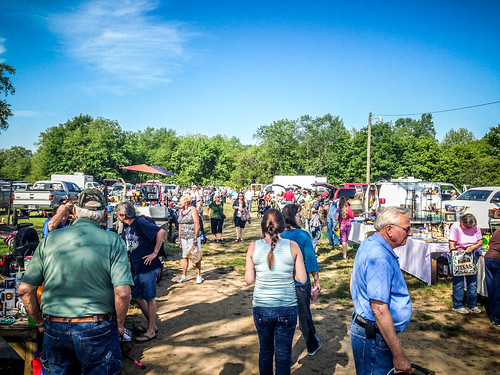 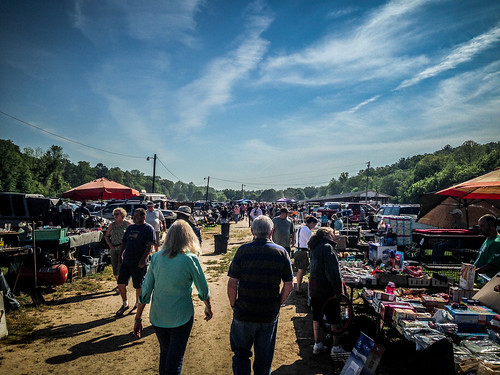 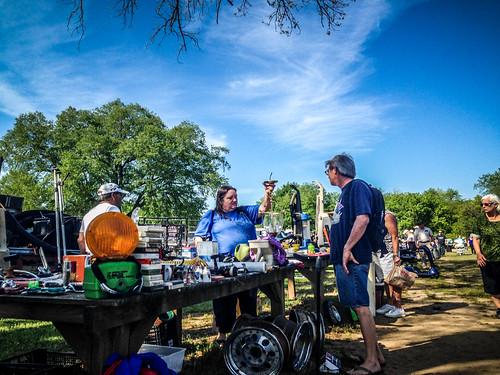 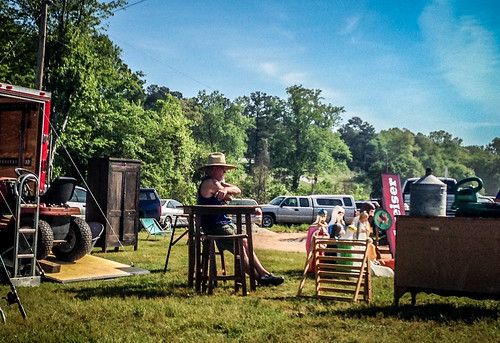 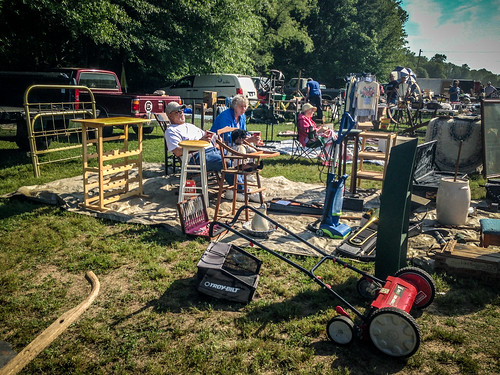 Obviously I couldn’t resist taking some photos. Even so, I only used my iPhone. I don’t think I took out the Panasonic at all, and I didn’t even have the DSLR. As usual, there were a few oddities that begged for attention. 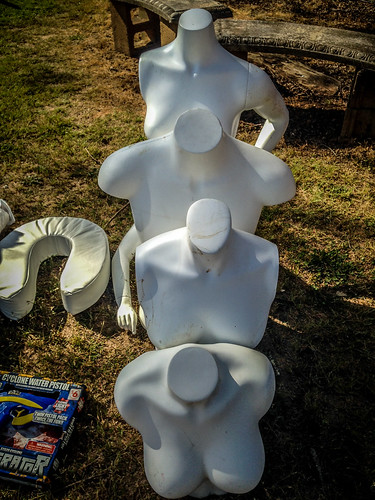 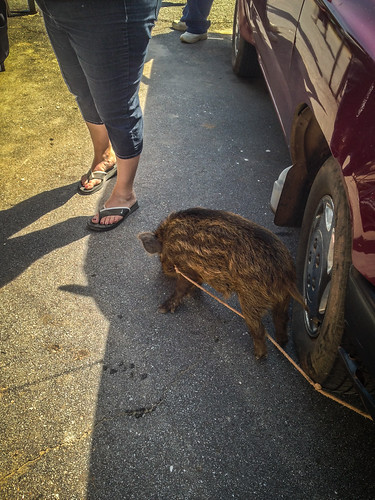 There was also a variety of religious expressions. 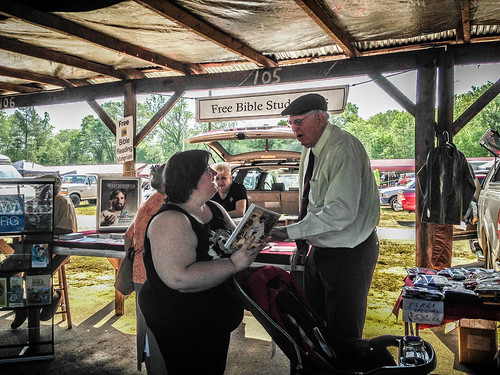 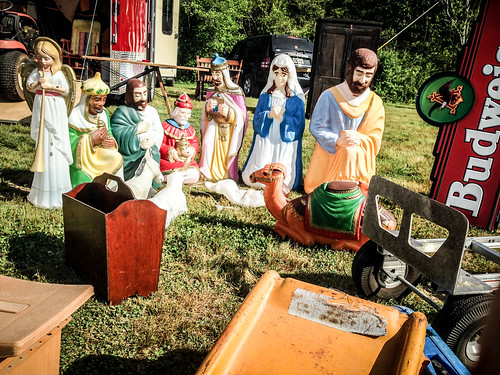 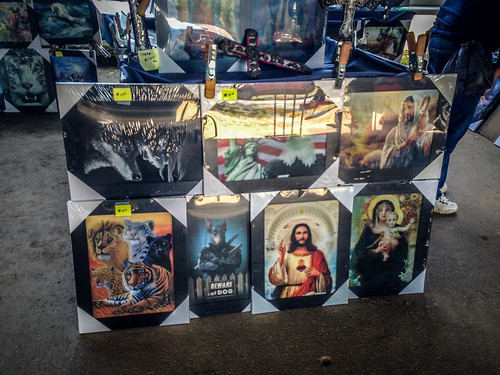 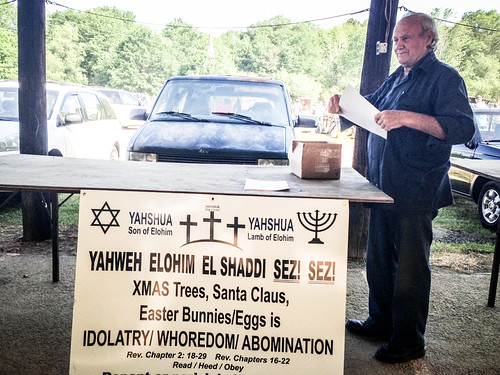 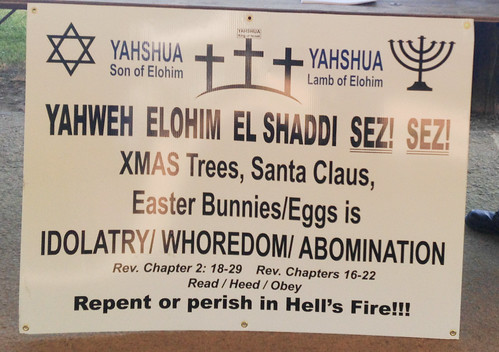 It was starting to warm up, and my feet were starting to ache. Susan and Jennings were getting tired, too. It was time to wrap things up here, but my day wasn’t over.

I had a quick bite to eat in Pickens, then started randomly zigzagging through the countryside. I didn’t have a particular goal – I was just out enjoying a ride in the beautiful weather, and wishing I’d swiped Laura’s convertible for the day. Soon, though I found myself at Oolenoy Baptist Church, and decided to stop for a bit.

I had visited this church with Keith Dover once before, and we spent quite a bit of time exploring the cemetery. I won’t repeat all of the information in that post from 2013, but this time I made a few more detailed observations of the historic cemetery.

There are many historic graves in the cemetery, to me the most fascinating are those of the Keith family. Cornelius Keith was the patriarch, having moved to the area from Loch Lomond, Scotland. His original gravestone was a tiny hand-carved stone, but it has since been “enhanced.” 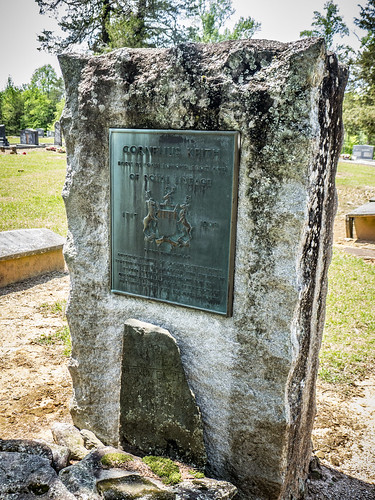 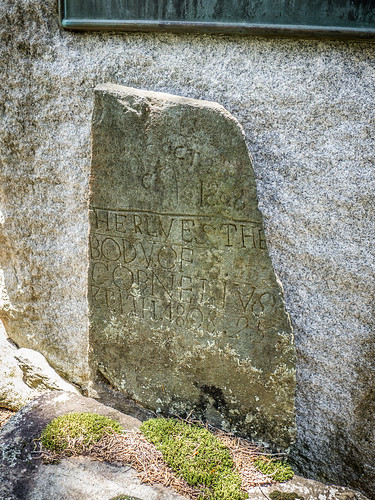 I guess that’s one way to preserve a headstone.

Ever since my interview with David Gillespie, I’ve tried to pay attention not only to the funerary art on the stone, but the details of the letters themselves. Particularly on earlier stones the artistry of the lettering really comes through. There were several distinctive markings on the Keith Family stones. For example, the cross-bar of the letter “T” was often extended across the following letter. 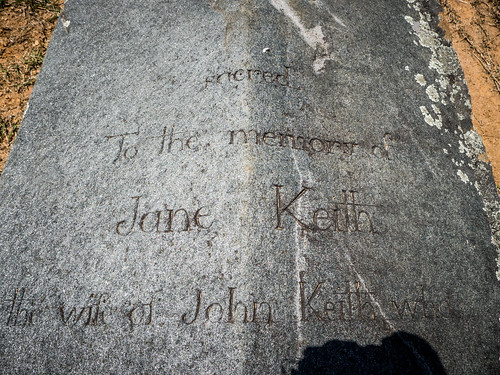 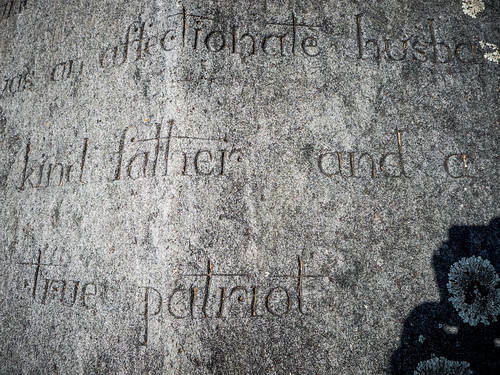 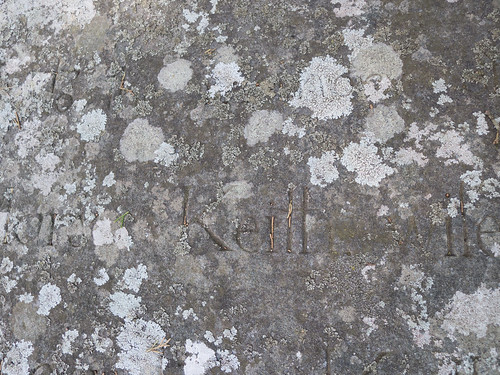 There were other distinctive characteristics, such as the inward curl of the letter “h” and the shape of the letter “r.” If I had studied stone carvers as extensively as David Gillespie, I’d probably be able to tell which of these had been carved by the same person. 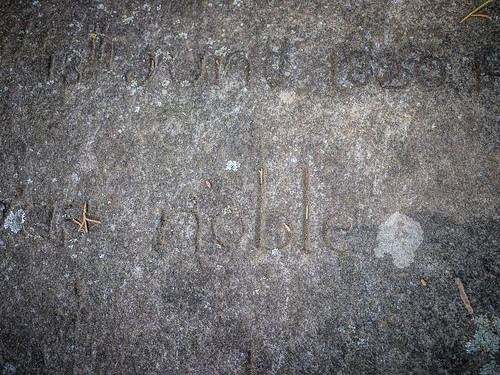 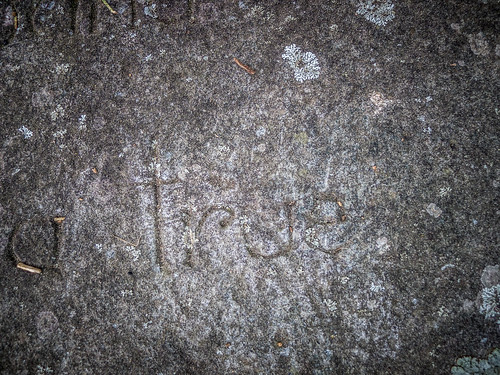 These unusual tablets had a ridge with sloping edges, almost like a very shallow gabled roof line. I think that might have helped preserve the writing more than if it had just been flat. I think these stones were also carved from nearby soapstone, but I couldn’t really tell. They seem to have a different quality than the granite monuments I’ve seen. 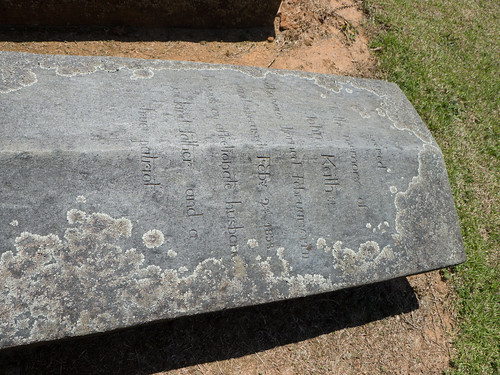 The lettering is preserved so well on some of the stones that you can see the straight guide lines lightly etched by the stone carver. 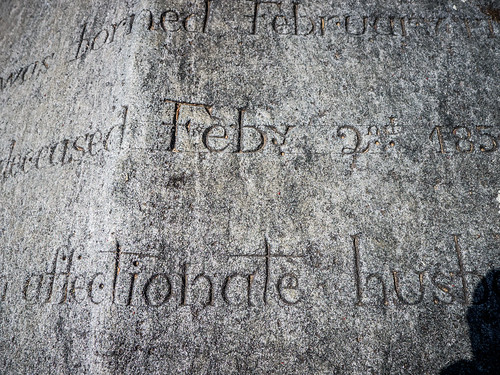 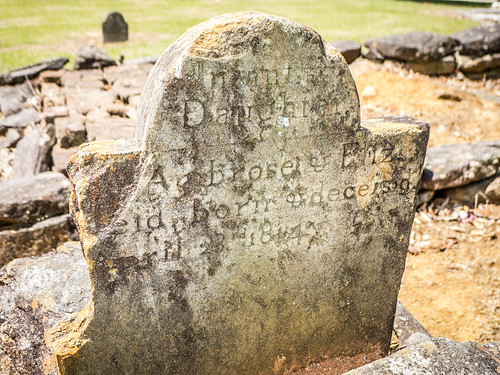 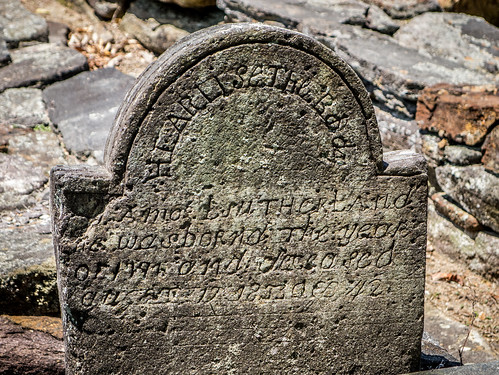 I took more photos, but these details in particular were what caught my eye. I wandered through the cemetery a bit more, then decided to was time to meander back home. All in all it was a great day out and about.