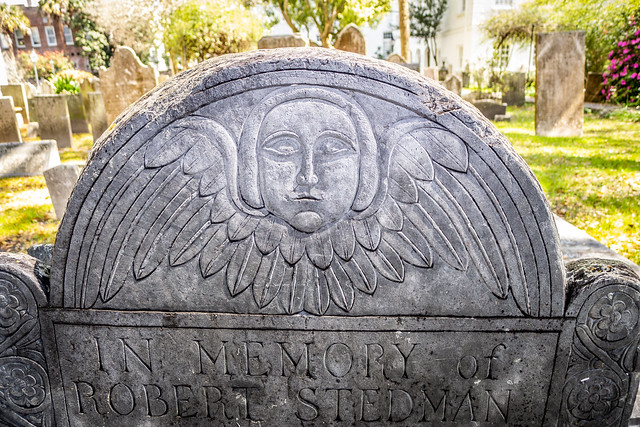 Scary times. Never can I remember schools being shut down world-wide for a contagion. Toss in a divided populace and you’ve got total chaos. I’m getting tired of the phrase, “…out of an abundance of caution…” but I understand the science behind social distancing and precautions. Others think it’s just some sort of political ploy. Really??

The idiots on the right think this is a global conspiracy by the Democrats to make tRump look bad, as if the Orange Menace needed any help. Discussing this over the weekend one person said in response to the amount of caution, “Cowards die a thousand deaths…” Really? You’re calling everyone who takes precautions a coward? Ugh.

The problem is, all of this isolation is design so that we DON’T get sick. If it works, the right-wing idiots will continue to scream, “See, it was a hoax!” while those who advocated for social distancing will say, “See, it worked!” This meme from Twitter kind of sums it up… 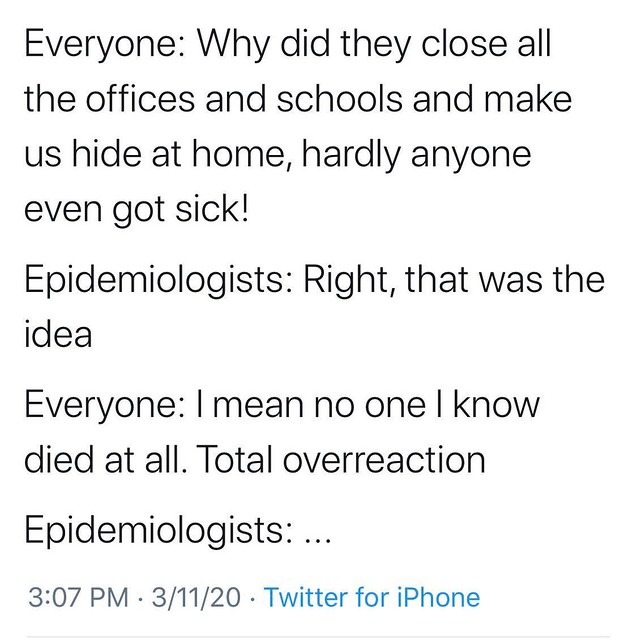 I’ve been venturing out and I’ve witnessed the panic buying. Two weeks ago we stocked up with enough canned goods and supplies to last through a multi-week quarantine. (And, no, we didn’t buy a year’s worth of toilet paper.) Even so, we have to do our regular shopping, and it’s been shocking to see shelves emptied of chicken, hamburger, and other items.

It’s getting even scarier. Ohio has just shut down all restaurants and bars. South Carolina has closed all schools. With all the even closings, etc., the economic hit from this is going to be HUGE. I’m supposed to give two lectures in a couple of weeks, but I’m not sure that’s going to happen. Here’s a list of activities that have been canceled that have affected us…

But, enough of COVID-19. You’re probably wondering where I’ve been over the past month. Well, that’s a story in and of itself. Several weeks ago I found that my website had been hacked. Someone had managed to create an account on the site and was posting random stuff. We were driving to Florida when it happened, so several hours passed before I could act.

I managed to wipe the offending posts, secure the site, and return things to normal…or so I thought. I found that when I tried to create or edit a post it wouldn’t let me. Something was still wrong. I had to do some jiggery-pokery with the database that houses the site, but I finally got it back so that I could post. In the meantime, we’ve been traveling and dealing with other issues, so I haven’t had the time to dedicate to this issue as I would like.

But, I’m back. I’ve got lots of catch-up writing to do. As I’m practicing “social distancing” I may have some time to do just that. I’ve got several posts in the hopper about our pre-lock-down trips and some other research bits I’ve been doing.

I also thought it would be fun to put together a post-apocalyptic movie playlist. More specifically, movies that feature viral outbreaks. Here’s my list so far…

I watched “I Am Legend” this afternoon. I’ll slowly work my way through this list this week. Now if I can find some store that had toilet paper….