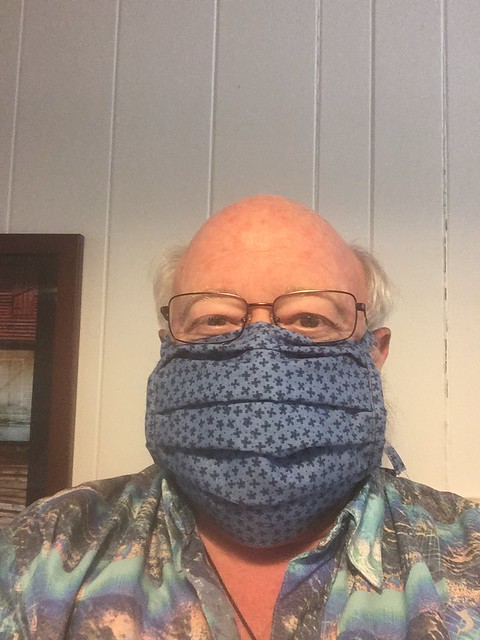 Well, the world got really weird all of the sudden. I thought with all of this lockdown and virus I’d be able to catch up on blogging. Didn’t happen. I’m still here, but between the anxiety, depression, and learning to cope with a new reality I just haven’t been able to write. I have a draft post about a paddling trip I took a month ago, but I just seem to sit and stare at the screen. I’m hoping that this post will get me kick-started and I’ll catch up on things.

In the meantime, a heck of a lot has happened since we started social distancing. Here’s an update…

The virus itself is starting to spread. South Carolina is now under orders to stay home except for essential business and trips. All boat ramps, parks, lakes, beaches, had been closed, but have now reopened. Our idiot governor is reopening stores on Tuesday of this week. The reports from Italy and New York are terrifying. Both our federal and state governments are inept and our nation is just not coping with this.

The pandemic has hit home. Close friends of ours have been affected. Dr. Richard Palmer, Kate Kaup’s father, passed away from COVID-19 on March 15. Laura and I had spent time in the Palmer’s home in Williamsburg, VA, and the Kaup’s daughter, Rebecca, is our goddaughter.

There have been other significant deaths not quite as close to home. Singer John Prine died yesterday from the disease. Adam Schlessinger from Fountains of Wayne died last week, as did Ellis Marsalis. British Prime Minister Boris Johnson had to go into intensive care, but did recover.

As for our household, we’ve been relatively healthy. Relatively, I say. I now have a hole in my head.

I had cancerous spots on both the back and front of my head that need to be removed. The spot on the back was the most extensive and resulted in a huge…excavation. They stitched me pretty well, but it has limited what I’ve been able to do for the past couple of weeks.

It looked bad initially, but is now healing nicely. I got the stitches and staples out, but I don’t know how much of a scar will be left.

Laura has been sewing masks for us to use while out and about. These are quite a bit better than what I had been using. It seems strange to be going into businesses with a mask, but it’s what everyone is doing.

We have been cooking. We pulled out the bread machine and made a couple of loves, even though bread flour and yeast is hard to find in the stores. We’ve been doing the occasional take-out to support local restaurants, and probably drinking far too much alcohol.

I’ve been playing lots more music. I started by playing my banjo on the front porch, entertaining the neighbors as they walk by. I’m expanding my repertoire. I’ve learned a few Celtic tunes, and I’ve been trying to see what Sacred Harp tunes would work well with clawhammer banjo.

Eventually I went beyond annoying the neighbors to annoying my friends online. I posted several videos and did some Facebook Live sessions.

I got tired of playing by myself. My friends at BYOI out in Washington have been doing weekly online sessions. While it’s been great to chat with my friends again, lag time doesn’t really let us play together.

So, I decided to clone myself.

Speaking of meeting friends online, we’ve spent a good bit of time online with Laura’s Furman colleagues. We’ve been doing weekly online happy hours, but we decided that just drinking on each others’ video screens probably wasn’t a good thing. We decided to an online game night on Wednesdays.

I have one more project I’ve started. We have tons of photos we brought home from Washington. I set up a photo stand and finally started copying them.

I also spent some time experimenting with colorizing old photos. This is a photo of my mother when she was 15 showing the original, then the colorized version. It seems to work better with some photos rather than others.

We’ve been getting out to just to escape the house a bit. Usually this involves rides up through the foothills, especially with gas so cheap right now. We don’t get out of the car, but just enjoy the view. Not everyone seems to be content with riding, though. Places like Wildcat Wayside and any other place that wasn’t closed was just jam-packed with people.

It seems that the Law of Unintended Consequences is in play. As parks and other public areas are closed, people are crowding into the few places that are open. The sad thing is that the people who are doing this also tend to be the type that aren’t following rules, and also who don’t take care of things. These public places are getting trashed. Emergency personnel are stretched thin. It’s bad all around. It would be better if they just stayed home, or just stayed in the car, like we do.

This past weekend the boat ramps reopened. I myself may try to get out on a kayak if I can find a place that isn’t crowded. We rode up to Lake Robinson on Saturday and I could swear I’ve never seen that many boats and kayaks on the water.

It is weird with everything closed down. The weather right now is beautiful and I so desperately want to get out in it. But, for now, I’ll behave, stay in, and work on my indoor projects. This, too, shall pass.