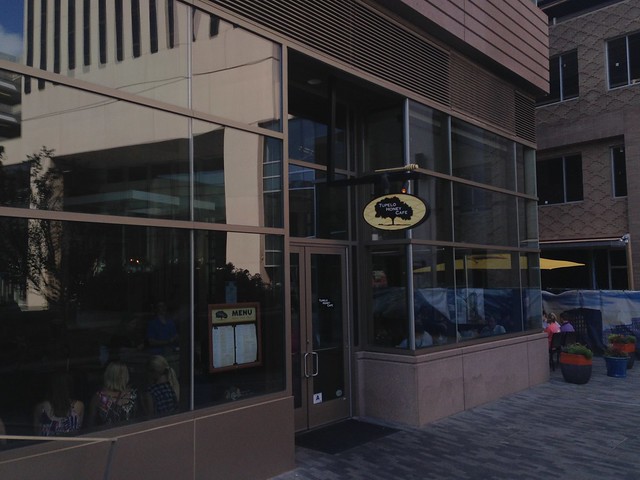 It’s usually my policy not to review a restaurant more than once unless there are extenuating circumstances. In this case, I’ve written a review of Tupelo Honey Cafe, but the review was for the original in Asheville. The Greenville location has been open for a couple of of years now, and we have visited it several times. Today we visited for Sunday brunch, and I felt the need to write a few comments. Consider this less of a review than a follow-up.

We got to Tupelo at about 11:00. First Presbyterian and Buncombe Street Methodist were just getting underway, so traffic was crazy, but we found parking with no problem in the garage. The cafe was crazy crowded, with groups waiting outside for tables. We planned to just wait, but at the last minute decided to ask if there was any space available at the counter. There was, so we were seated immediately. Cool. No waiting.

Our seats were right next to where the places were placed for distribution by the waiters. We had a perfect view overlooking the cooking stations, so we could see everything going on. 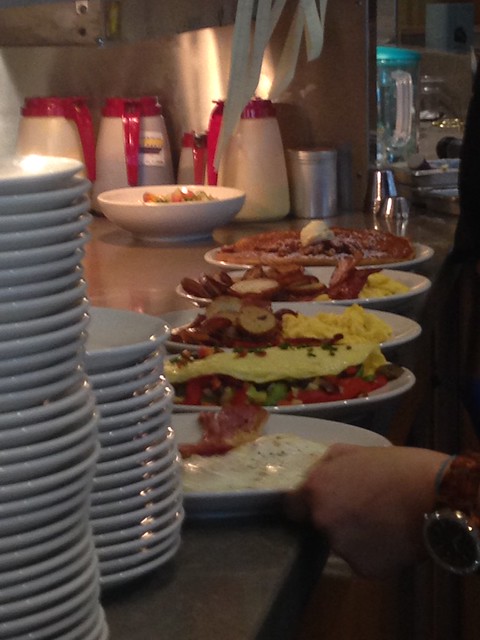 We started with coffee, but then decided to splurge with mimosas. Biscuits with fresh blueberry jam were brought out first. We had another surprise. The chef on the other side of the counter put a plate of their North Carolina Country Ham wontons in front of us, compliments of the chef. These fried wontons have creamed ham and are placed on a Brussels sprout salad. The flavors were excellent, with a bit of citrus finish to the salad itself. 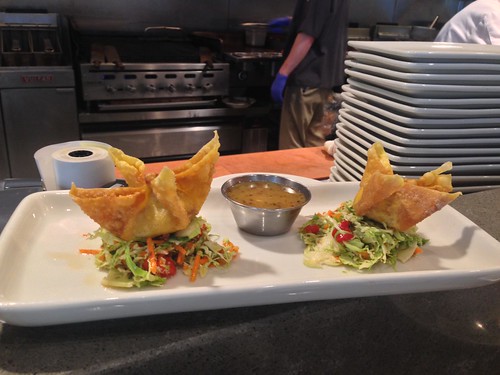 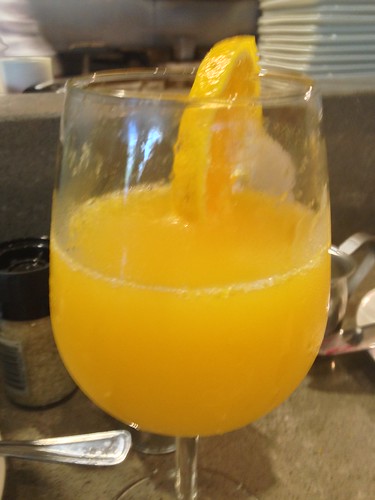 Between the biscuits and wontons we were already getting stuffed. Laura had ordered a traditional breakfast with eggs, bacon, and grits. I ordered the Southern Breakfast bowl, which has bacon, eggs, goat cheese grits, and black-eyed peas topped with salsa. It’s one of my absolute favorites. However, there was a bit of a disconnect between the savory Asian flavors of the wontons with the traditional breakfast foods. We needed a palate cleanser, and the mimosas helped. 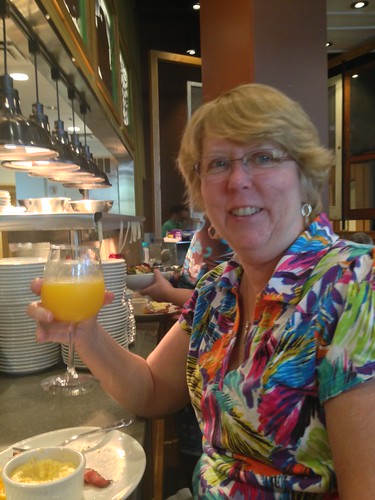 My breakfast was fabulous. The goat cheese grits are incredible. Even if you don’t like grits, you should give them a try. Black-eye peas and salsa may not be traditional breakfast fare, but in this combination they work. 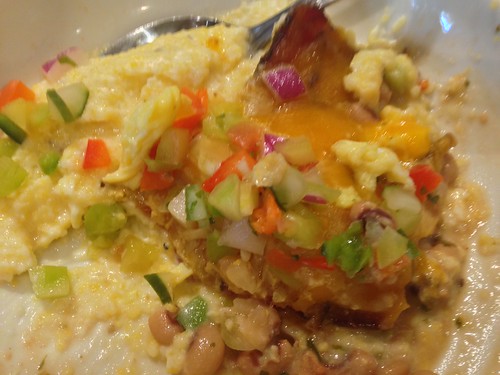 While food and service were excellent, more impressive was the ballet of movement going on behind the counter. After seeing so many episodes of Kitchen Nightmares (and experiencing a few first hand), it was refreshing to see a smooth, efficient kitchen in action. We watched our chef, Bryce, as he made and plated up Tupelo’s signature sweet potato pancakes. 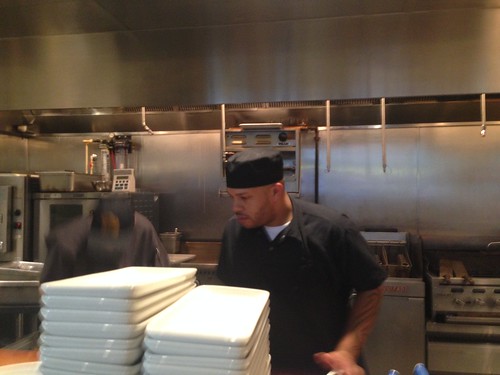 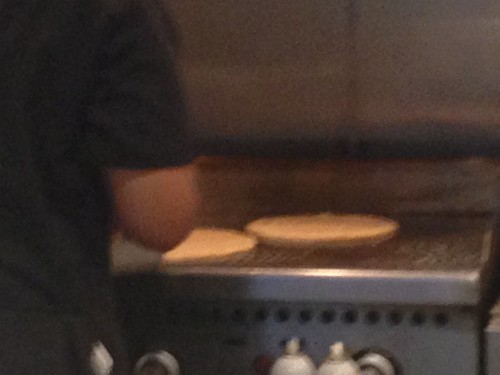 Everyone had their job, and even though they were slammed with the busy Sunday brunch service, they helped each other out, and more importantly, stayed out of each others’ way. 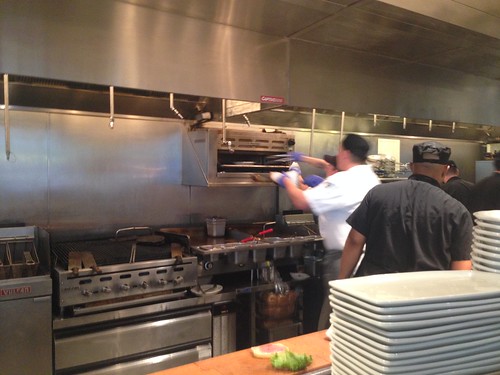 The plates were also distributed efficiently. As they were placed on the counter, there was one person who was responsible for making sure that the correct plate was given to the correct waiter so it made it to the right table. 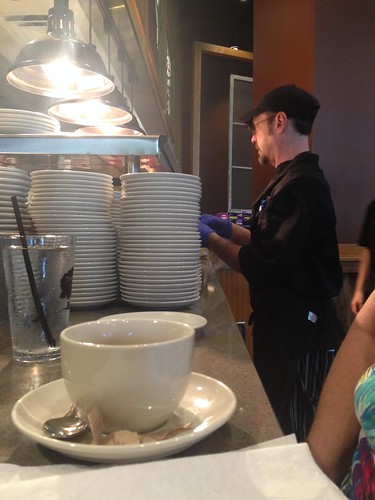 Sitting at the Chef’s Counter doesn’t work if you’re with a group, or with small children, but if it’s just a couple of you, I highly recommend it. You can really gain an appreciation for the amount of work that goes into running a popular restaurant like Tupelo Honey.