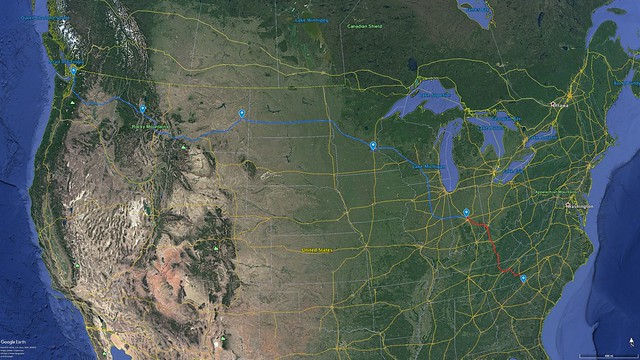 Our last day of travel. By the end of the day we would be back in Greenville. Both of us were exhausted, as were the cats. We just wanted to get back home.

The day started with a high speed chase. As we were loading up the cars in the hotel parking lot we heard sirens and a motorcycle engine at high revs. The bike sped by with a police car in hot pursuit. The bike whipped between a few cars and made an illegal right turn, running a red light. The police car followed.

The cats weren’t too keen on another day of travel. Unlike the other hotels where we had stayed, the underneath of the bed was readily accessible. That’s where the cats were hiding and from which we had to extract them to get them in their travel crates. Afterwards I was glad I had a first aid kit available.

We added Ohio to our list. I had flown into some airport when diverted by weather, but it’s hard to claim a state if you just fly in and out. We only drove through a bit of it, but it was enough.

We pulled into our driveway at 6:00 pm. Glynda had the house cleaned, had our bedroom set up, and had dinner ready for us. I have a great sister. The cats remembered the place. They settled right in. I’m sure we will do the same. 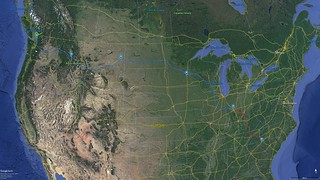 One thought on “The Journey Home – Day 5, Indianapolis to Greenville”