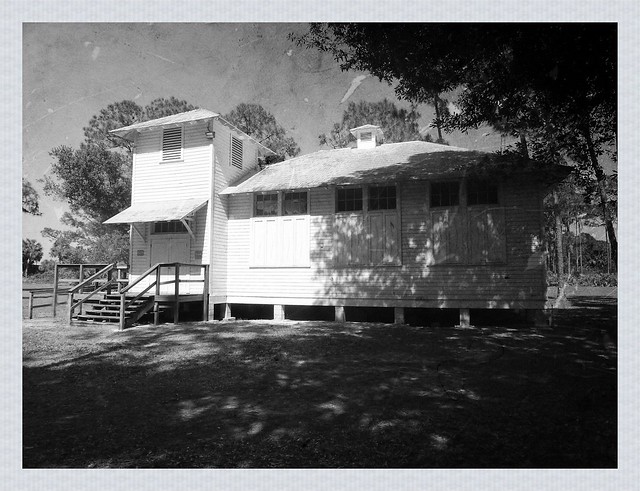 I’ve been coming down here now for over a quarter of a century. Each time we exit I-95 and take Indrio Road over to Old Dixie Road. The speed limit drops drastically on Indrio Road as it passes through the community surrounding Taylor Dairy. Live oaks drape over the road and while enchanted looking, they cause something of a bottleneck on this major route to the Interstate.

There have been some attempts to widen the road, but it would destroy the beautiful trees. Alas, time and disease may do what thwarted plans were not able to do. The trees are dying, and it may be just a matter of time.

Just beyond the community, at the intersection of Indrio Road and Emerson Avenue, sits an old school. As many times as I’ve driven past this point, I’d never stopped to take a photo. That was going to change right away.

I drove out Indrio Road and found the school at the intersection of 614 and 607. It’s now a park with a playground, and the school, like so many in our state, that has been restored as a community center. 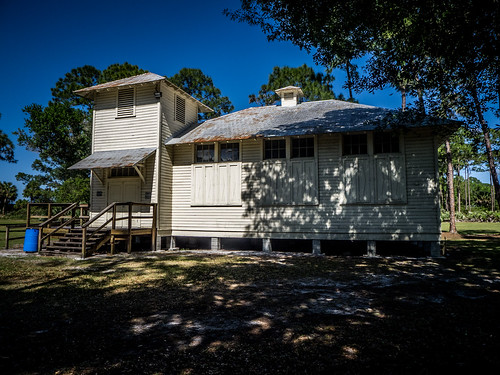 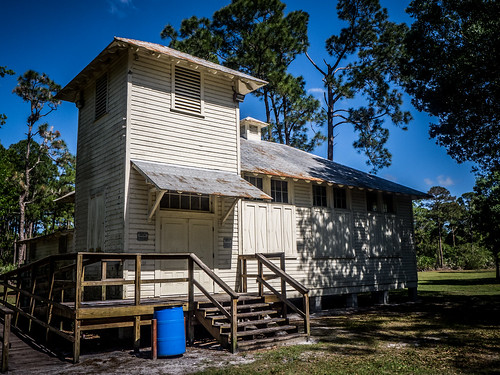 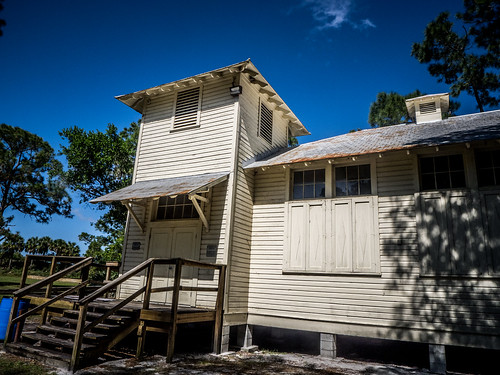 The school is a classic one-room design, with a pseudo bell tower. The biggest difference between Indrio and the old schools I’ve photographed in my home state is that this one has heavey wooden storm shutters over the windows. 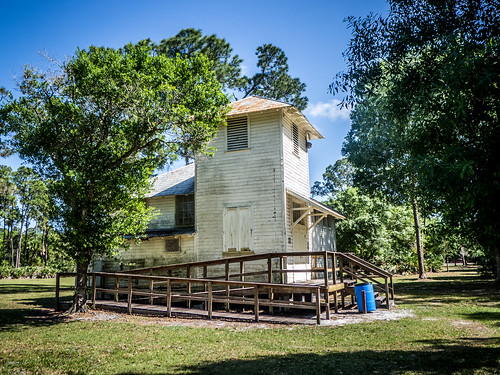 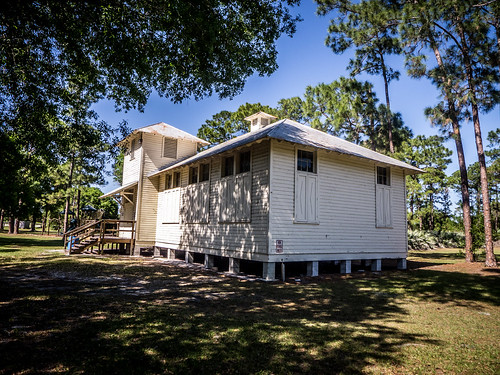 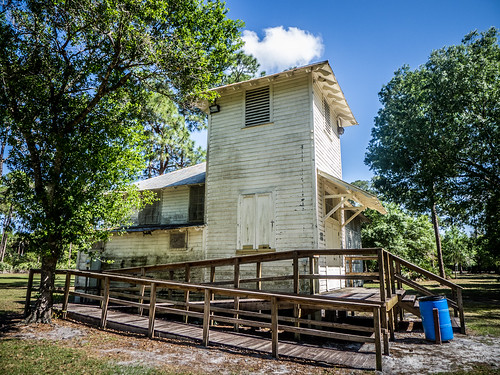 Speaking of the community of Indrio, there is a bit more interesting trivia. The community got its name from Mrs. Edward Binney, whose husband owned about 1000 acres of citrus fames in the area. Alice Binney took the first three letters of the word “Indian” and combined them with the Spanish word for river.

This wasn’t the first time Mrs. Binney invented a name. Her husband, along with his partner, Harold Smith, had just invented dustless chalk in 1902, and were designing and new wax-based marker. Alice joined the French word “craie, ” or chalk, and “ola, ” short for oleaginou or oily, the Crayola Crayon company was born.

I lingered at the school a bit, but it was hot. Also, this seemed to be a pick-up point for the nearby middle school, which was dismissing. I would have loved to have gone inside, but I decided it was time to leave. I’ll definitely have to stop by again.

UPDATE: I did hear back from Lucille Rights-Murtough at the Saint Lucie County Historical Society. She had some corrections for me. The school’s proper is Fort Pierce Farms School. Fort Pierce Farms was one of the early names for the area. Armed with that information I was able to locate a survey of historical properties in the county (PDF). The report states that the school was in operation from about 1915 until the 1940s. It qualifies for inclusion on the National Register of Historic Places, but I couldn’t find any record that it has actually been added to the list.