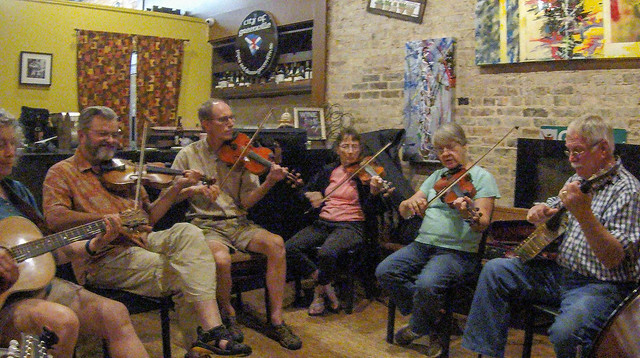 I’m still seeking out groups similar to those with which I played in Washington. I’m still scouring the pages of Facebook and Meetup.com for ideas and I have had some success. Last week I played with two different Celtic gigs. This week it was pop standards, mountain music, and an abortive attempt at ukuleles.

First up is the Upstate Acoustic Guitarists from Meetup.com. I had actually joined the online group a couple of years ago but let my membership lapse. Since it’s only $10 dues per year, I decided to give it another shot.

Last Sunday the group was hosting a “New Members Jam Session” at the home of one of the organizers. I loaded up my guitar and gear and headed on over. There I joined ten other guitarists. This was the very first gathering for at least half of us. 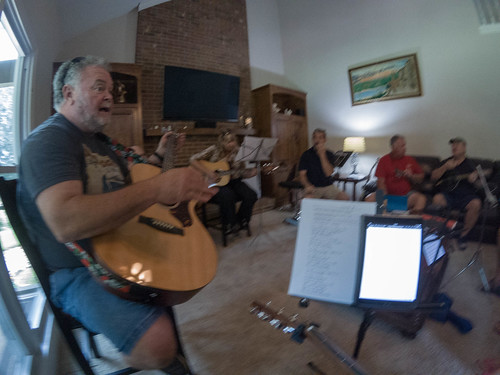 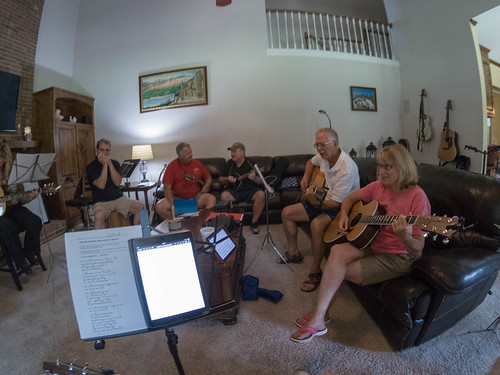 We shared songs and played through repertoire that was much like the tunes we did at BYOG. Just about everybody (myself included) brought new songs to share with the group. One thing that was different, which I really liked, was the use of the app OnSong on the iPad. The app just shows lyrics and guitar chords, but it also allows you to “beam” music to other iPads, making sharing very easy.

After playing for about an hour, the homeowner, Pete, decided that the group was too large for his living room. He split the group in two, with half staying put and the other half going to his dining room. I’m not really sure why he did this, unless it was because some in the other group really were rank beginners. We played through a few more songs in this configuration. 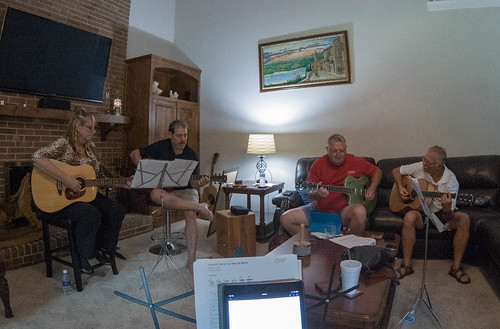 The rest of the group returned and we did a few more songs. We ended with an E major blues jam session, complete with harmonicas in addition to the guitars.

There was a range of abilities within the group. I was able to hold my own with no problem. A couple of the participants brought mandolins and there were the aforementioned harmonicas. When they heard that I had a banjo they encouraged me to bring it next time.

The session was fun and I’ll definitely join them again. In fact, we have another jam session this coming Sunday. It will be interesting to see the dynamics of a “regular” session rather than one just for new members.

As I was checking out offerings for The Stomping Grounds Coffee House in Greer I spotted that they hold a regular Old Time Mountain Jam in addition to their regular Celtic sessions. Bob Buckingham, who teaches at the John C. Campbell Folk School in Brasstown, NC, heads up the group.

This time I just brought my Martin – no music stand or iPad. I was aiming for simplicity. I did bring my own guitar stool, and I was glad I did. The group that gathered for this Tuesday evening was much larger. There were two other guitars, one banjo, an upright bass, three mandolins, at least five fiddles, and even one ukulele.

The last time I attended a mountain music jam I was somewhat lost most of the time. I guess all my playing in the PNW helped because this time it seemed super simple. Almost all of the tunes were in the same key using only four chords at most. I didn’t even have to know the tune. The fiddles did the heavy lifting and I just strummed along. It was fun!

Bob Buckingham called most of the tunes with others making suggestions. It didn’t go around the circle as most jams I’ve attended, for which I was thankful. 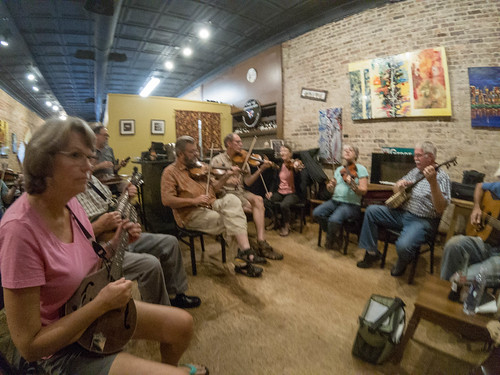 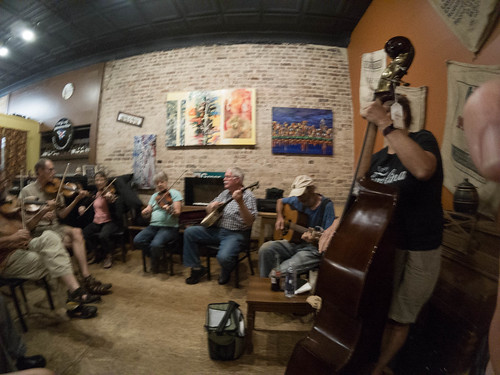 Laura and her sister Amy came over for awhile and listened. Amy in particular loved the music and wanted to stay, even though she had to pack for her return trip to Florida. Laura recorded some video and posted to Facebook. I can’t seem to download or embed here. If I can get it from her, I’ll update and embed it below. Sadly, I don’t even have any audio recordings of the event.

This session was a lot of fun. I do plan to attend as many of these as I can.

Well, two out of three ain’t bad. This one, however, was a complete bust.

For the second time in as many nights I showed up at The Stomping Grounds to play with a group, this time with instrument in hand to play with the Greenville Ukulele Meetup. Unlike other music nights here, the back section wasn’t set up for a music circle and there was no one hanging about with instrument cases. I began to have doubts.

I ordered a coffee and glanced at the event calendar for the coffee shop. It still had this evening listed for the ukulele group, but it was getting very close to starting time. I took my coffee toward the back and waited.

I checked the calendar for the Meetup group and found that the jam was listed for August 29, not August 22 as the calendar at the bar and my own calendar said. I also noticed that my membership in the group was listed as “pending,” even though I joined several weeks ago. That means I wouldn’t have gotten notification of a change of date. At 7:15 I gave up and left.

Your Meetup Group will shut down soon!
Members of Greenville Ukulele Meetup-GSwEWyOj,

Your Organizer, [xxxxx] , just stepped down without nominating a replacement.

Without an Organizer, Greenville Ukulele Meetup will shut down on September 7, 2018.

Step up to become this Meetup Group’s Organizer and you can guide its future direction!

Other members can help you. Ask them to suggest Meetups or even nominate a few to help as Assistant Organizers.

There was no one available to approve my membership. Oh well. Looks like if I want to play ukuleles with a group I’ll either need to find another group or start one myself. I’m certainly not going to jump in to take over this one.

Even so, it still looks like there are enough opportunities and I’ll be spending lots of time at The Stomping Grounds. 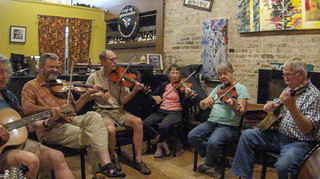