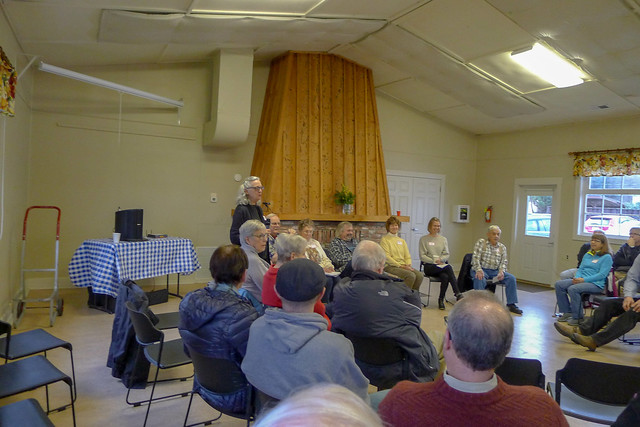 Samish Island has a very active community. There are events year-round at the small community center on the northeast side of the island. This past Sunday Laura and I headed to the center to hear stories about the history of the island in the first session of Samish Island Stories.

When we arrived lots of island residents had already gathered. More people arrived and more chairs were needed. By the time things got underway the venue was at capacity. 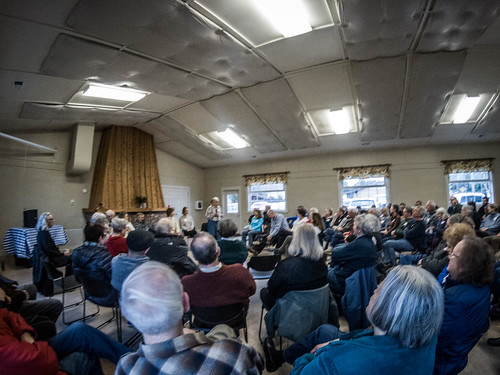 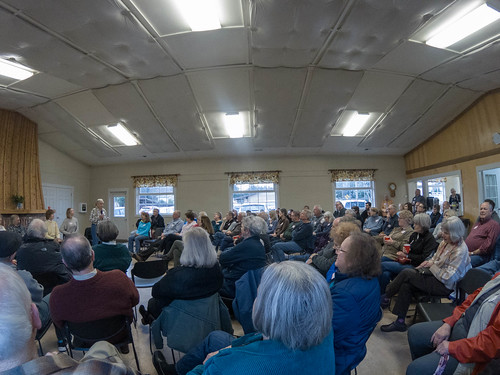 Ann Reid started the proceedings and introduced us to the day’s speakers. Fred Smith, Dawn Esselstrom and Cheryl Wiggin, Karen and Jim Hadman and Steve Hopley would be telling us about their time on the island. 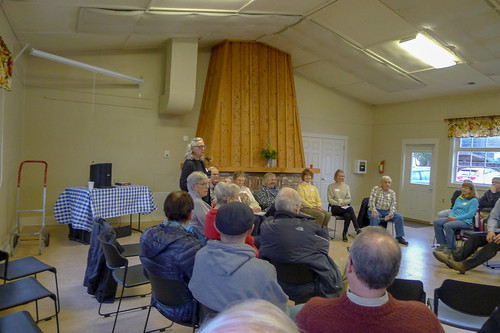 First up was Fred Smith. Laura had mentioned that Fred had been a friend of her mother’s, and had occasionally dropped by with Dungeness crabs for her parents. Fred’s stories were about the large Filbert nut farm on the island. He talked about the types of nuts that were grown, as well as how the nuts were grown and harvested. Fred brought some samples for us to see. 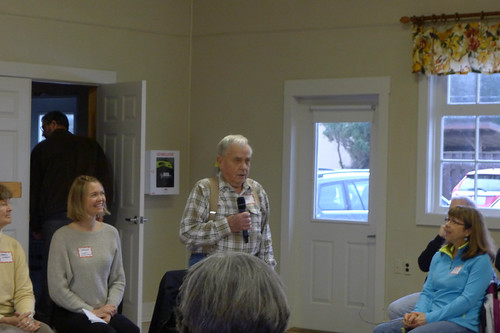 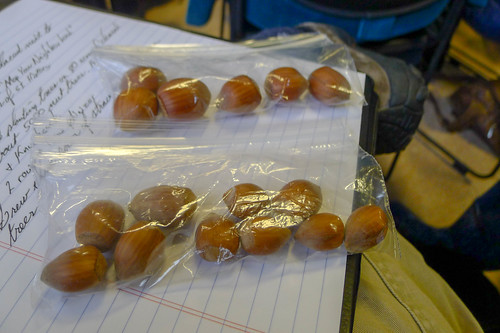 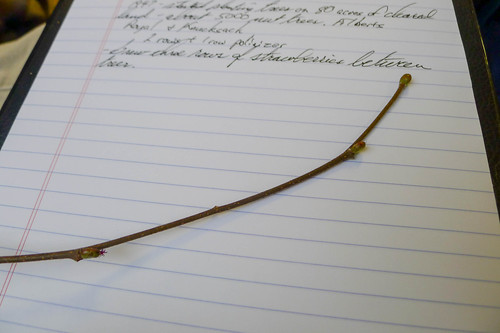 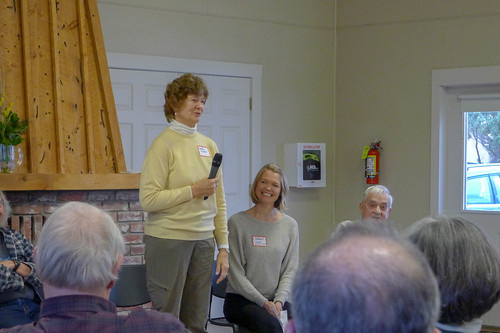 Karen and Jim Hadden talked about their life on the island and Steve Hopley talked about his life as a commercial fisherman. 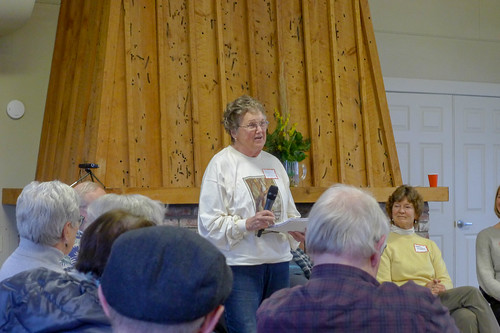 After the speakers there were lots of questions, comments, and answers. Doug Hopley told most stories about making mischief on the island. 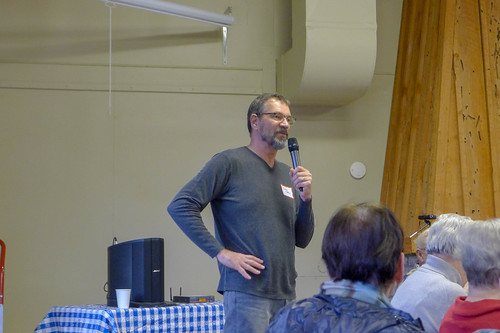 There were some comments about flooding in 2009 that cut off access to the island. The dike broke and Samish Island flooded. That brought more memories about when Samish actually was an island. One resident commented that there had been a bridge to the island. The only physical remnant is a telephone pole off be itself on the other side of the dike which marked the beginning of the bridge.

There were also comments about commerce on the island. At one time there were several stores and at least a couple of gas stations. One resident commented that it would be nice to have a store on the island, much to the chagrin of most of the other residents.

Eventually the questions and answers wound down. There was some chit chat afterwards, then the group dispersed. It was a great way to spend the afternoon.

As we drove back home Laura and I realized that we’ve had a longer association with the island than many of the attendees. Many of them talked about moving to Samish Island in the 1990s, while our experiences here date back to the 1980s. We felt like old timers, even though we’ve never really lived here until this year.

During the event I was able to set up a recorder and was able to capture the entire proceedings I uploaded the audio to my Chirbit account and have linked it below. This is the full audio, not broken down by speaker.

This is supposed to be the first in a series of Samish Island Stories. I look forward to the next one. 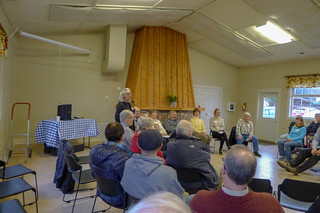