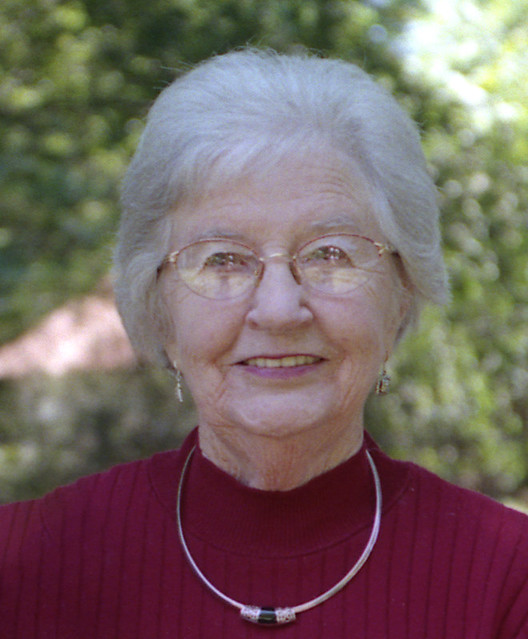 This past weekend we learned of the death of my aunt, Nina Ruth Snellgrove.  She passed away at the age of 92 and was the last of her family.  On Tuesday of this week we said goodbye to Aunt Tootsie at a graveside service in Laurens.

Aunt Tootsie was my father’s younger sister, and the youngest of the children of Oscar Eugene Taylor.  She was the last surviving member of that family.  Though her given name was Nina Ruth, everyone knew her as Tootsie, a nickname she apparently got as a child.

There were seven children in my father’s family.  Many of them had nicknames – Bubba, Sis, Toady, Teetle, Woosie, and Tootsie.  Only Mary and Lois escaped, or, at least we don’t know if they had childhood names.  Teetle (Sarah) and Tootsie (Nina Ruth) kept their nicknames into adulthood.

Aunt Tootsie was the youngest and my father was the next oldest.  As such, the two of them were close growing up.

My earliest memories of Uncle John and Aunt Tootsie were of them living in Charlotte, NC.  I remember making the long drive from Laurens, as it seemed, to pay them a visit.  From there they moved to Tucker, GA, then to Calhoun Falls, eventually settling in Lexington, SC, where Byron lived with his family.

I remember that Aunt Tootsie always had a smile that bordered on being a smirk, as if she were up to something.  I didn’t get a chance to visit when we got back from Washington.  Even in these last years, though, she had that smile every time I saw her.

Uncle John passed away two years ago.  Aunt Tootsie’s health had declined over the last several years, especially following John’s death.  She passed away on November 17 and the age of 92.  This is from her obituary...

Mrs. Snellgrove passed away Saturday November 17, 2018. Born in Laurens, SC, she was a daughter of the late Rev. Oscar E. and Mamie Leopard Taylor. Mrs. Nina was a member of Lexington Baptist Church.

The graveside services were held on Tuesday at Forest Lawn Cemetery.  Most of the Taylor Family is buried here, including Tootsie’s parents, Rev. O. E. and Mamie Taylor, and my own parents.  Each family was represented  by cousins in attendance.  My brother-in-law, Jennings, officiated.

As with any of these occasions it’s a mixture of grief and happiness and seeing family we haven’t seen in so long.  The cousins who were there discussed the family penchant for nicknames.  Bubba and Sis were pretty obvious – childish forms of “brother” and “sister.”  Woosie, the nickname for my father, was a childish attempt to pronounce “Houston.”  We have no idea where Toady came from for Uncle Joe, but the biggest mysteries were Teetle and Tootsie.  We may never know that answer.

It is always a sad thing when the last member of a large family (or really of any sized family) dies out.  I looked back over pictures of Taylor family gatherings and I can’t help but think of my own large family with seven siblings.  There are lots of parallels between the two.  I’m just hoping that our own legacy will be as lasting as that of the children of Oscar and Mamie.

As for Aunt Tootsie, we will always wonder where in the world she got that nickname.  Mostly though, we will miss her warm, loving nature, and that always present, somewhat troublesome smile.  So, goodbye, Aunt Tootsie.  I’m sure you’re enjoying your big family reunion.