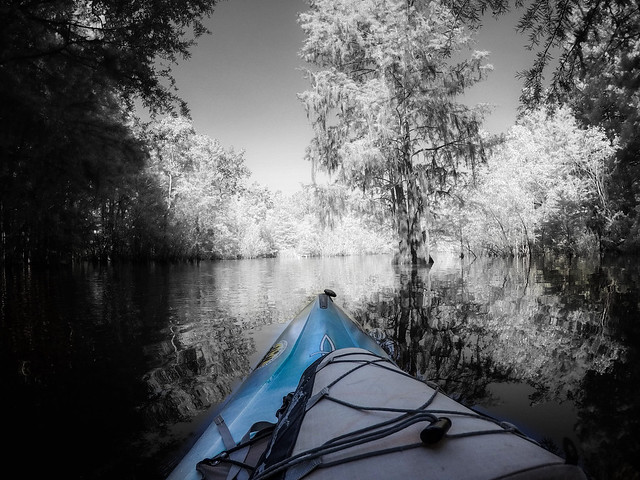 Here it is mid-July and I haven’t written anything on this site since late May. I seem to have lost my motivation. I actually thought about abandoning this 15-year project completely, but I’ve got too much invested in it. Part of my problem is the “can’t get caught up” syndrome. I get behind on posts and feel that I can’t write anything new until I take care of those.

Well, I’m going to abandon that approach and try not to let it worry me. During all of this madness I have found comfort in both kayaking and music. I can social distance while paddling, but no one has tried to join me for a socially distanced music, in-person music session yet.

That being said, here’s a quick rundown of some of the trips I’ve taken over the past couple of months. I’m going to post a token photo or two, then a link to the Flickr album if you want more.

Sparkleberry is one of my absolute favorite destinations and May is the perfect time to explore this wonderland. Water levels are generally good and the prothonotary warblers are out and about. This trip with my friends from Lowcountry Unfiltered was nearly perfect…until we lost someone.

The water level was high enough that we could paddle just about anywhere we wanted. While that’s great, it makes it even easier to get lost. We found the floating cabins and had lunch on the deck of one of them.

We made it all the way out to Riser Lake, and that’s where we ran into trouble. After a break one of our paddlers got separated from us. We still don’t know how it happened. We spread out around the lake shouting his name and calling on radios, which we all had, but no response. Finally we gave up and started heading back to the landing, two miles away. We asked other boaters if they had seen our lost paddler, but no one had. Back at the landing we called 911 to initiate a search. As we were on the phone with them a couple of jon boats pulled up, one with our missing kayaker and the other with his boat. Both were fine.

It was scary, and this is not the first time this individual has gone off on his own like this. I think this is the last time we will invite him along.

Regardless, the image below is a link to the album from this trip. 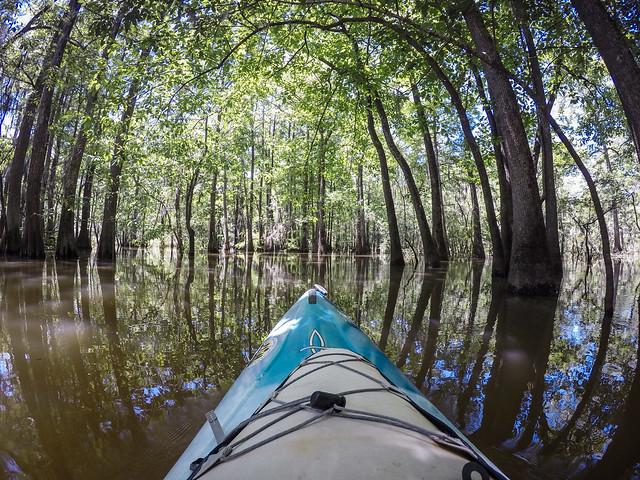 No one got lost on this trip. This is always our most relaxing paddling trip down the Edisto. The object is to relax on sandbars, check out rope swings, sample some brew and enjoy steaks. Mission accomplished.

I even got to see a launch of a SpaceX rocket on the way down.

Here’s the link to the album… 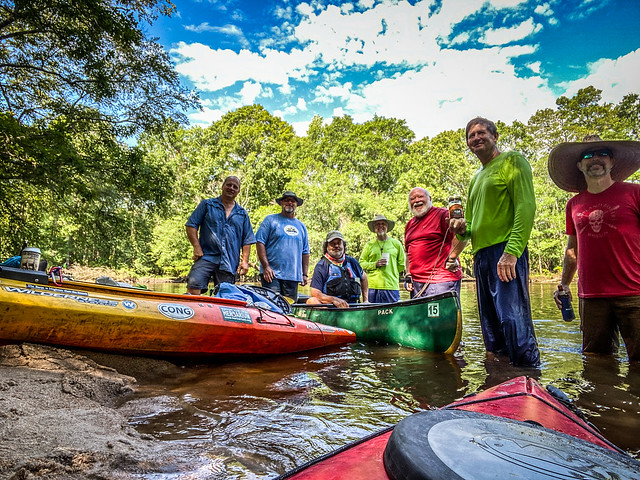 Speaking of the Edisto…

The Bamberg Chamber of Commerce has sponsored monthly trips on the Edisto River. Even though nearly 80 paddlers participate in these trips, the organizers have been very good about keeping things COVID-safe. The shuttles require masks and once you get out on the river you really don’t see the crowds.

In June and July I joined the Chamber for two of these trips. The first was one of the few sections I had yet to paddle, from Ness Bridge to Bobcat Landing.

This section is typical of upper Edisto trips. There were lots of twists and turns and it got narrow in places, but the scenery was still beautiful.

Unlike the LCU trips, these Bamberg CoC trips go very quickly. By noon I was off the water. Here’s the album for that trip… 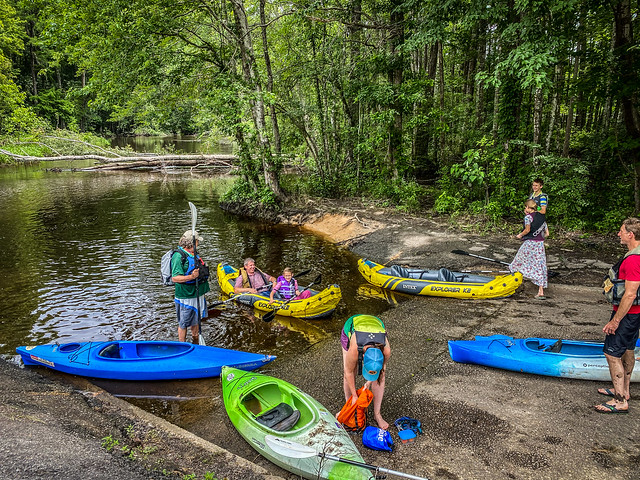 The second trip in July was a section I’d done before, this time starting at Bobcat Landing and taking out at Brabham Landing.

As with the June trip, this one went quickly and we were done by noon. This time, though, I had several friends paddling along with me. Jay Lindler is a colleague from when I was a tech director. He is just starting with kayaking, and I was happy he had joined us. Hugo Krispyn and George Montgomery were also along with us.

It was another great trip. Here’s the album for that one… 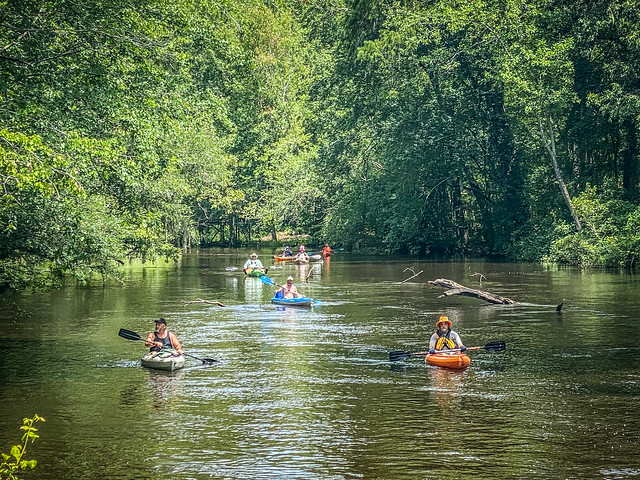 In addition to these trips, I joined friends for other socially distanced paddling at some local venues. Alan Russell and I paddled up Lake Robinson, Jim Leavell and I paddled Lake Keowee up Eastatoe Creek, I introduced our next-door neighbor, Woody McCutcheon, to paddling on Saluda Lake, and Jeff Holland joined me for a jaunt out to Lake Oolenoy.

Kayaking has been a way to maintain sanity during this pandemic and time of national crisis. I expect to be out as much as possible.