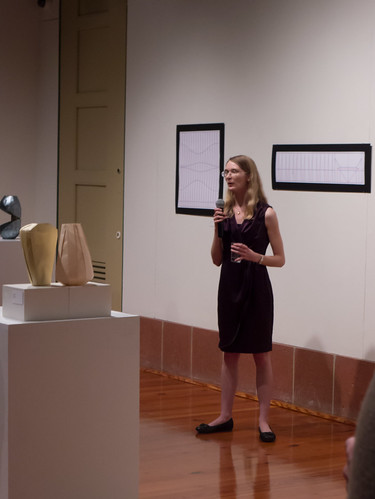 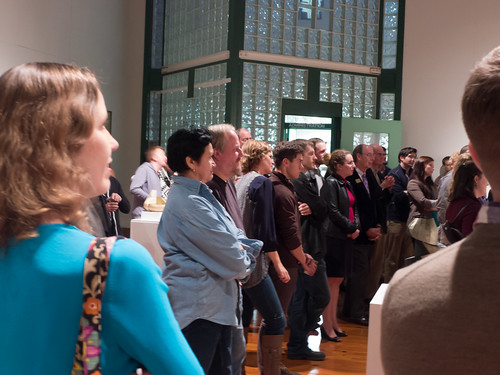 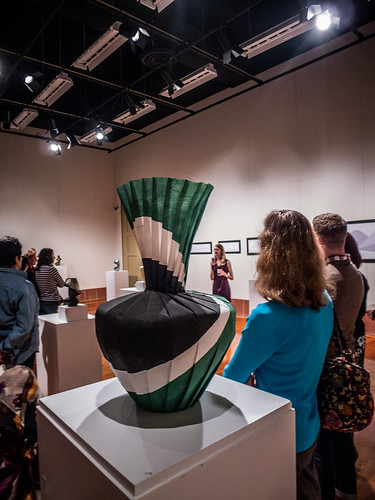 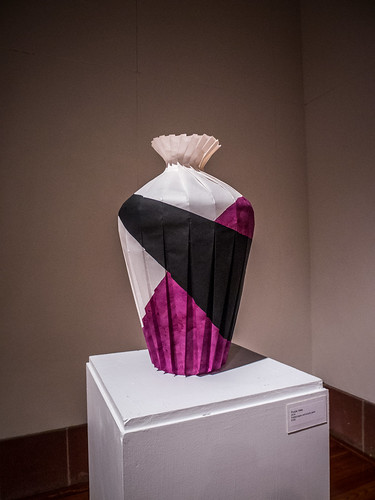 Some of the shapes are incredibly intricate. All are made from a single sheet of paper. 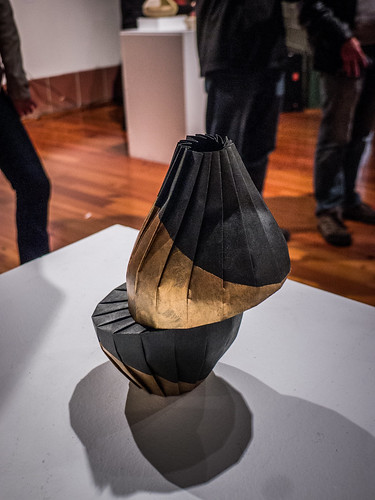 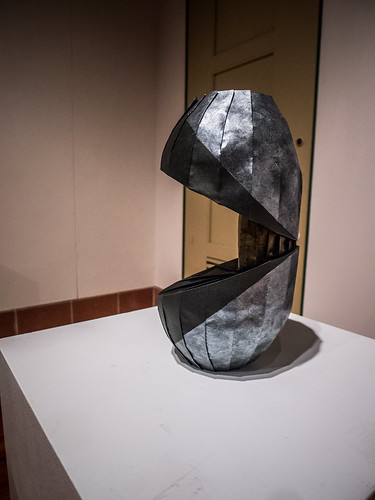 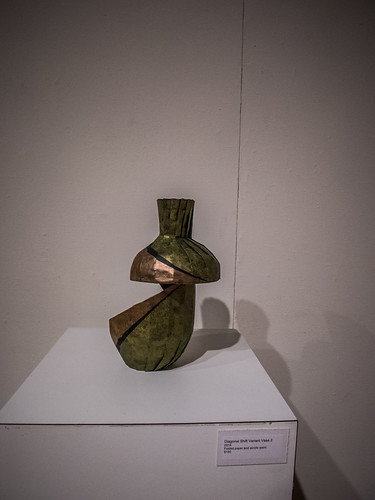 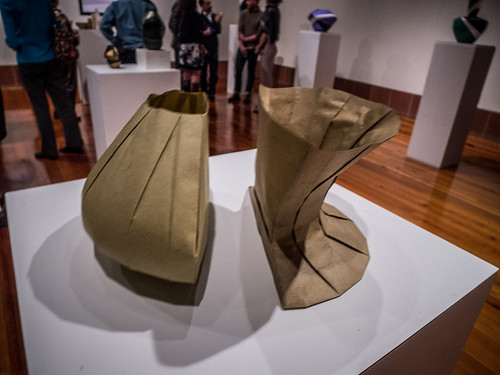 Rebecca plans out the folds and paints the paper ahead of time. These are NOT painted afterwards. It’s amazing how the folds come together so accurately that the colors created the intended designs. In some of the shapes you can see slight misalignments. These just serve as proof of the intricacy of the artwork. 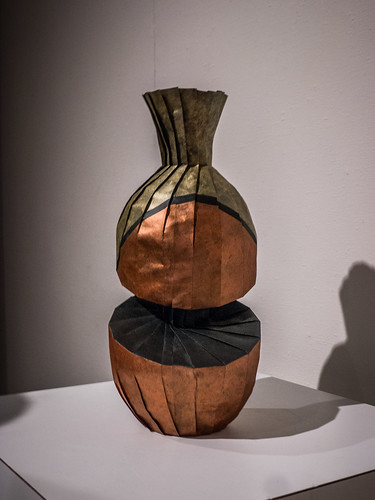 The display also included some of the design sheets. The different colors represent the direction of the folds. 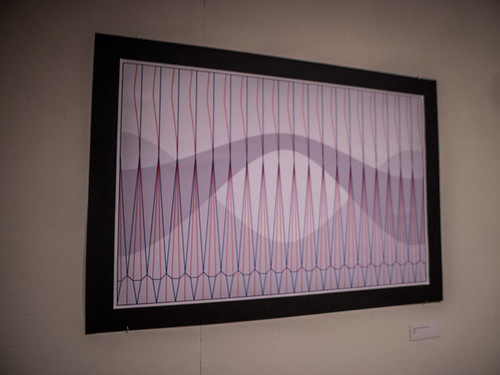 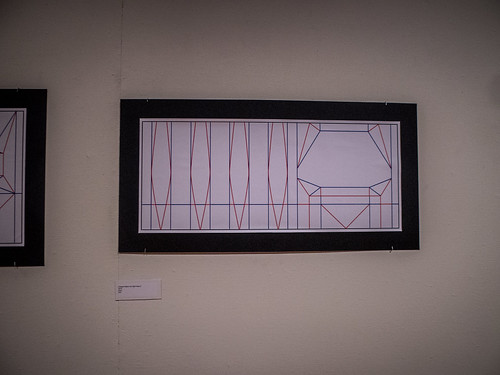 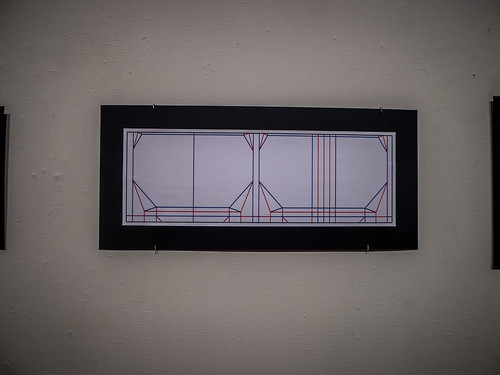 Since Rebecca was a former chemistry student, there were several chem faculty there. Laura, Tim Hanks, and Nina Veas chatted with Rebecca while I was taking photos. 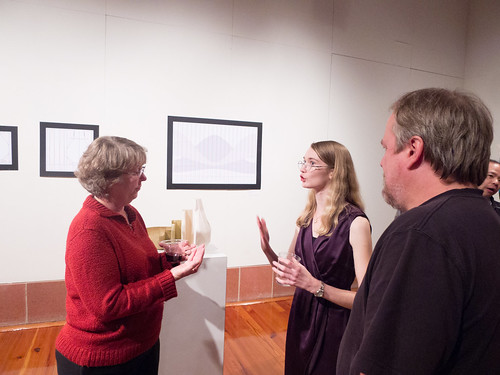 One last note on the art reception. Wine was openly served at the reception. Things have changed at Furman.

After the art reception Laura and I wandered out onto the mall. This is always an anniversary for us. We met on the mall at Furman during Homecoming. As usual, the student groups were out on the mall building floats that don’t. 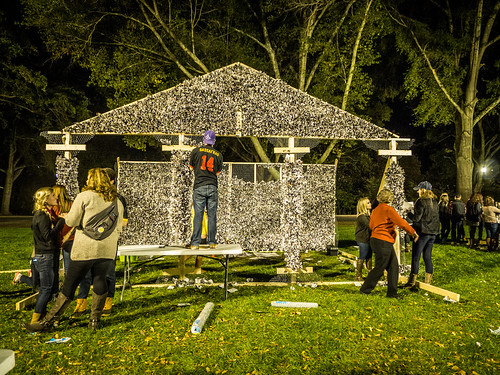 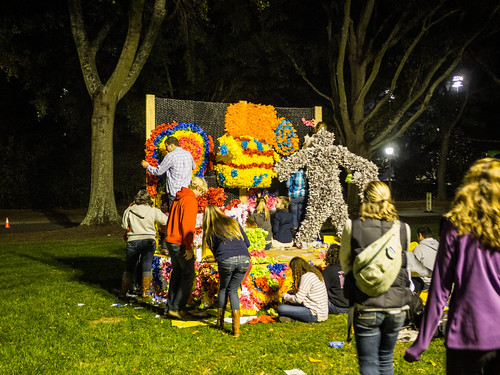 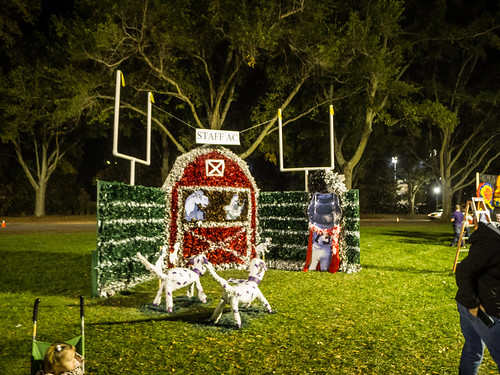 The theme had something to do with Disney movies. There were even Disney princesses in costume wandering around. Laura met several of her students, but current and former. 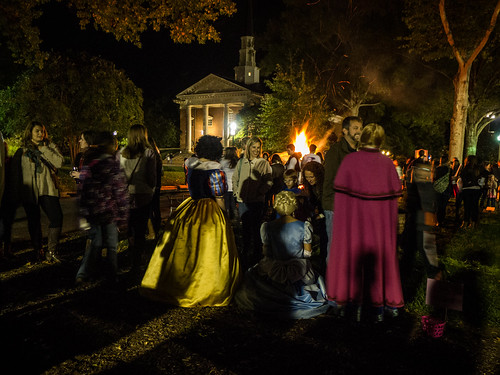 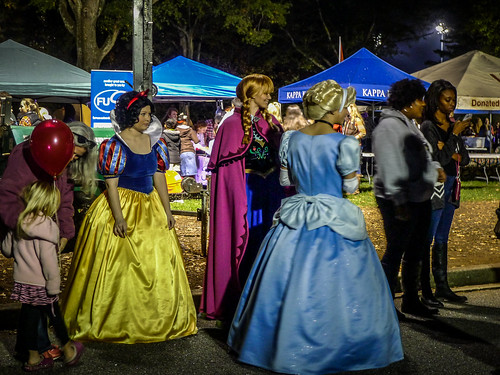 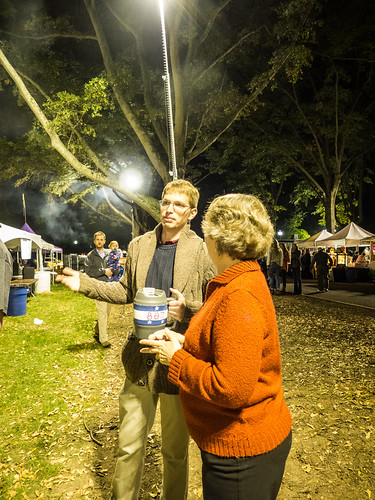 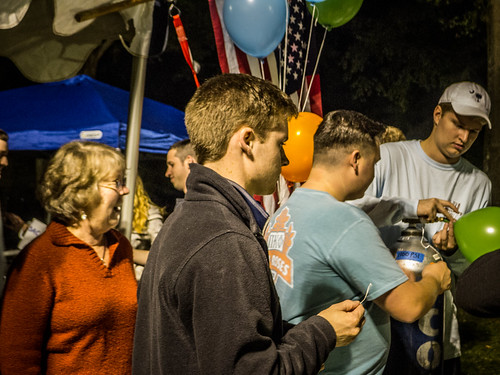 There was a bonfire, this time in the middle of a street in front of the Daniel Chapel. On our first pass, Coach Bruce Fowler was urging students to come to the game. Several football players and cheerleaders were there, as well as a pep band. 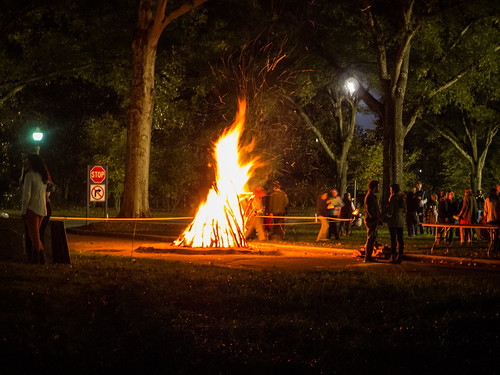 At the end of the mall near the PAC the carnival rides had been set up. There were several inflatables, some spinny thing ride, swings, and a Ferris wheel. Laura and I decided to ride the swings. 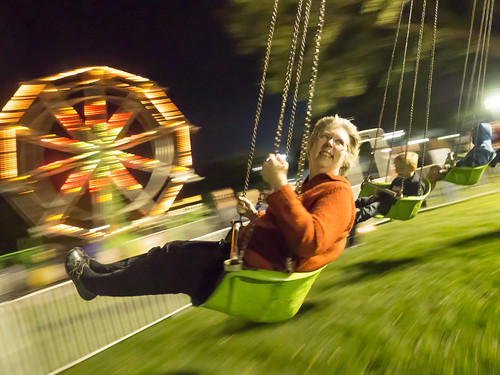 We wandered slowly back toward middle of the mall where a band was getting ramped up. They played a mix of current hits as well as classics. Lots of folks were dancing. It was the best band we had seen on the mall…well, since that night we had met. 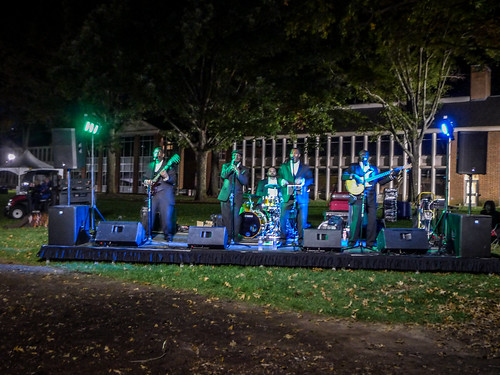 We would have loved to have stayed out there listening to the band, but Saturday would be a full day. Reluctantly, we headed on back to the car.