Houston, Alan, and I were on our annual MLK Weekend photo trek. So far we had stopped at several historic churches in Newberry and Fairfield County. One of the places we spent the most time was the ruins of the old Jenkinsville High School.

I had visited this site once before with Glynda back in 2010. We did more extensive exploration this time, but the site was very much as we found it back then. 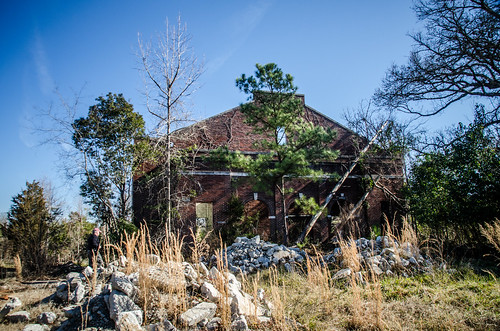 There was lots of illegal dumping on the site – tires, outright piles of trash, etc. 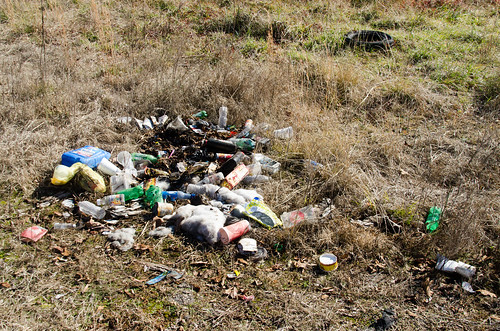 Apart from that the site was completely abandoned. There were the ruins and a white frame house. Of the ruins, only one intact wall remains – the arched entryway to the school’s auditorium. There are a couple of standing chimneys, but the rest is rubble. 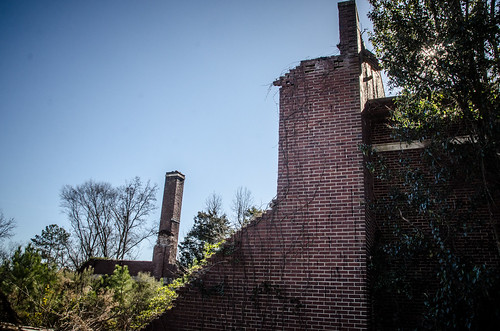 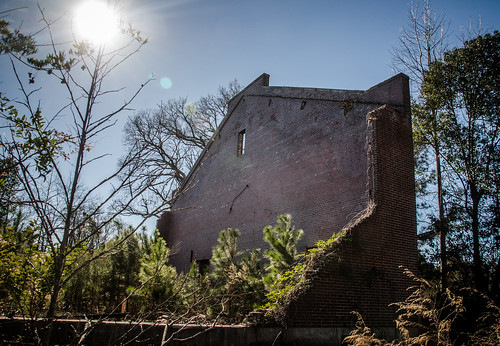 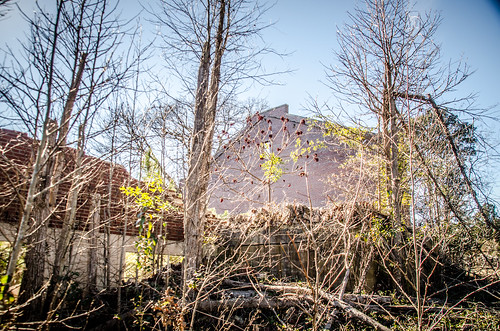 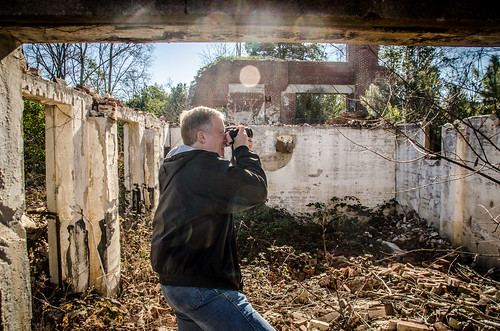 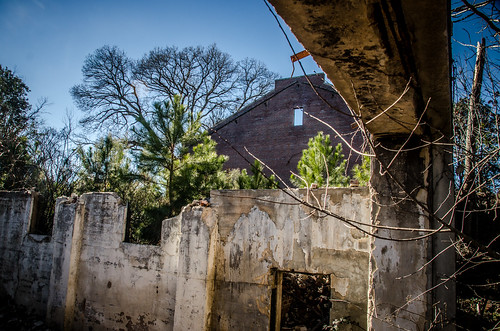 To the south of the auditorium are more ruins – foundations, steps, and more bricks. 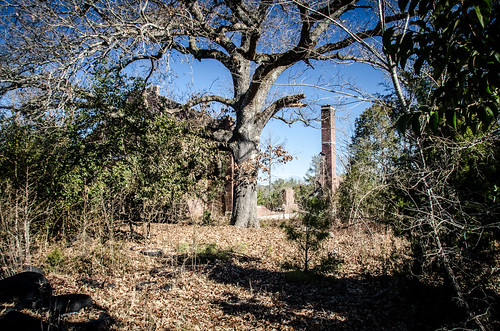 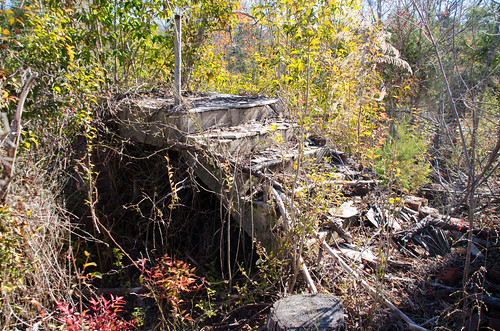 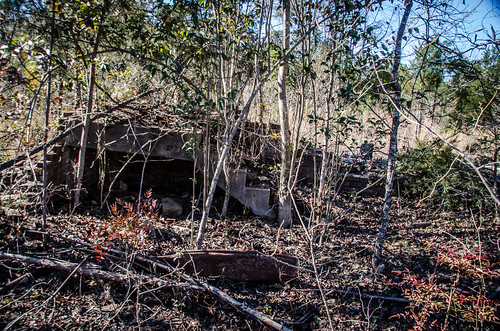 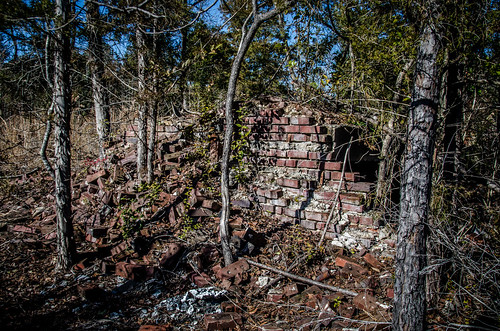 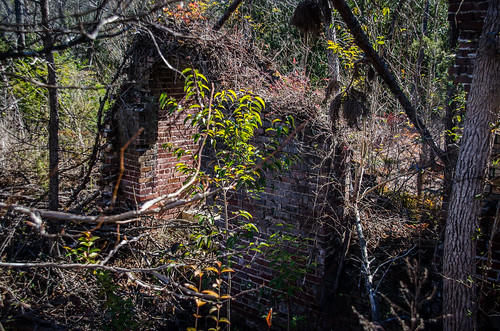 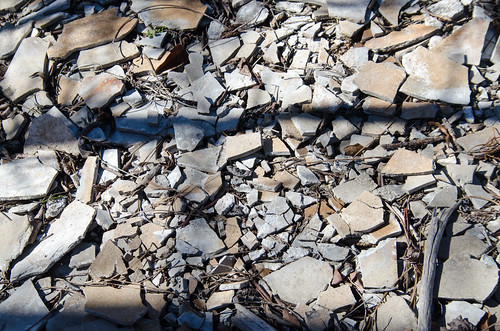 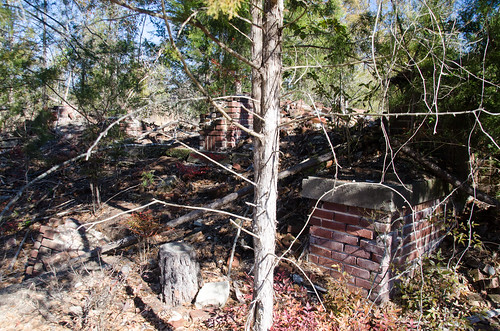 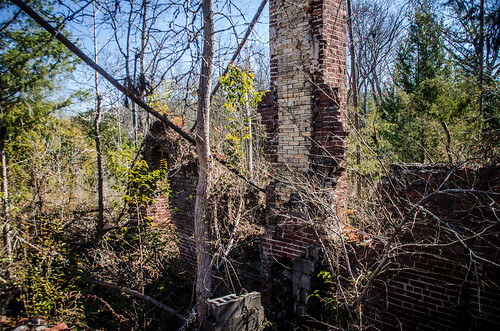 One of the first things one notices upon entering the site is a large monument. The monument was erected to the memory of W. L. Drummond, superintendent of Jenkinsville Schools, in 1953. That means that this was an active site until at least that time. 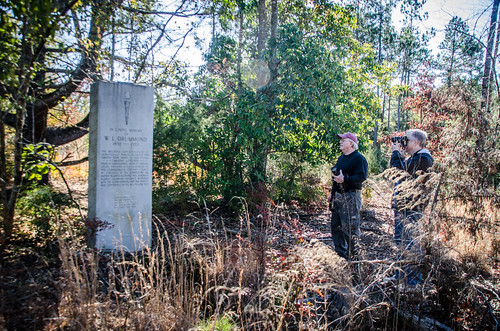 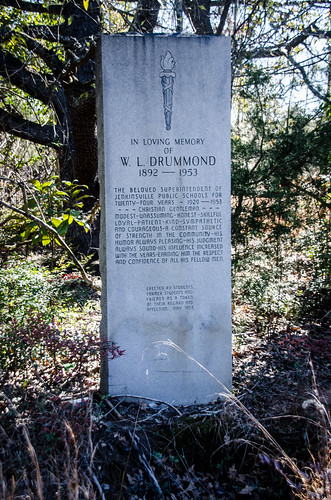 There was a teacherage associated with the school. This brick structure was right next to the auditorium, and was probably some of the ruins that we were exploring. With that in mind, I have no idea where the actual school might have been.

The superintendent’s house, former residence of W. L. Drummond, was a bit easier, since it was still standing. 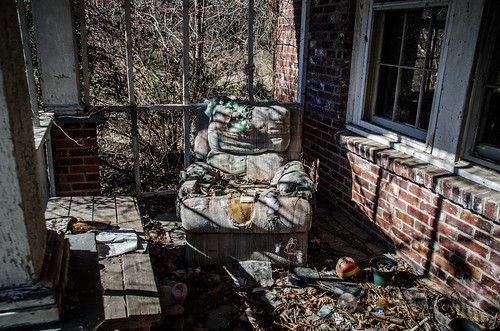 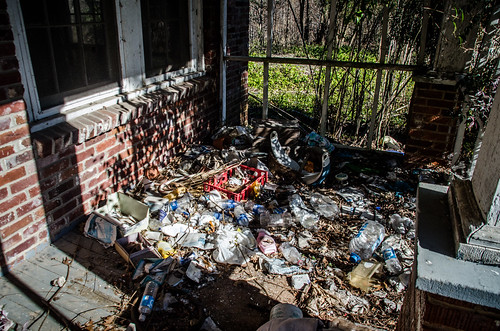 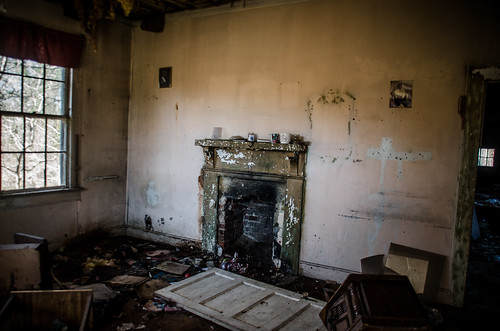 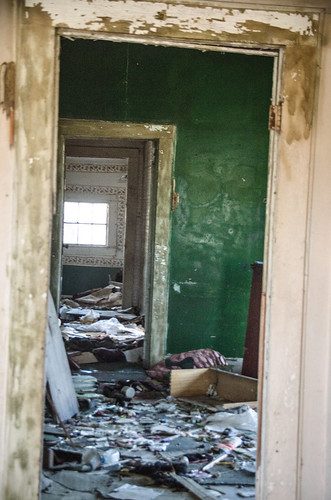 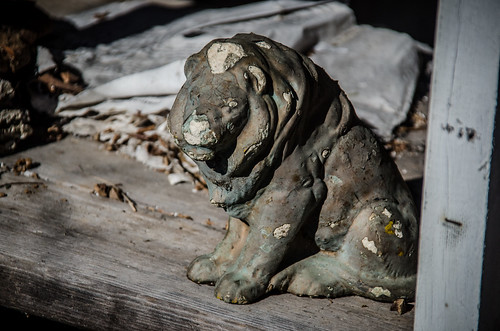 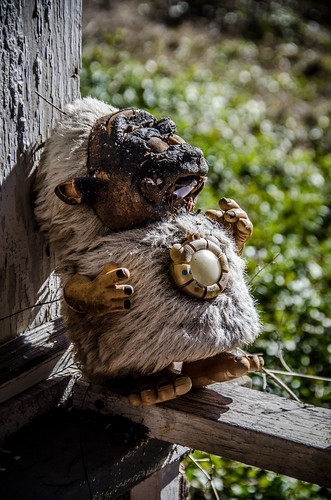 I was able to match up a view of the house in its current state with the image from the school insurance photographs. Here’s the present view: 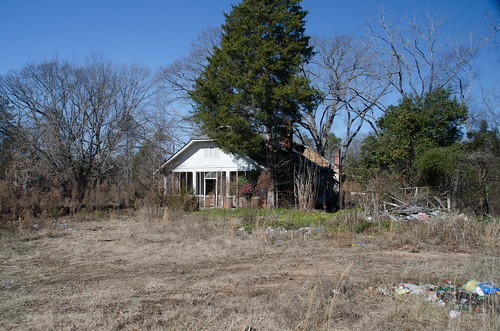 Here’s the view with a composite overlay: 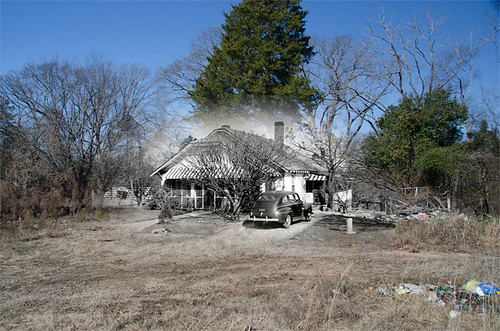 The ruins with the trash are depressing enough, but the abandoned monument just pushed it over the limit. As much as I like abandoned old ruins, the feeling I got here was that this site would be better bulldozed and used for some other purpose. Perhaps a park, where the monument to Mr. Drummond will no longer be forgotten.