Lake Oolenoy is one of my favorite local paddling destinations. It’s relatively close, has great scenery, and is perfect for beginners. Thursday morning I headed up there with two of my favorite professors emeriti from Furman, Jim Leavell and Tony Arrington, and Tony’s son, Caleb, who is a chemistry professor at Wofford.

We met at Tony’s house and headed on up, planning on a quick morning paddle. The sky was slightly overcast, but it was still a great day for paddling. Jim and I were in two of my boats, and Tony and Caleb were in Tony’s tandem. 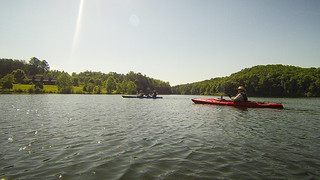 We had a great time out, followed by excellent Reuben sandwiches at Aunt Sue’s. Since I’ve written about the lake recently, rather than repeat myself I’ll just go ahead and post the slideshow here.

What DID emerge from the trip was a new method (or, new to me) for creating panoramas. I’ve used Photoshop to merge multiple shots, and the panorama setting on my iPhone does an excellent job. Between those two I’ve been fairly well set for panoramas.

On this trip I was using a GoPro mount that lifted the camera a bit higher than usual. Therefore the bow of the kayak wasn’t in every shot. As usual, I had the camera capturing video and stills simultaneously while paddling. At one point I was turning the kayak, and when I reviewed the video I saw that I had panned across all of Table Rock. All I had was video, though, and not video clips.

Using Picasa I exported video clips with enough frequency to cover the entire scene. These are the resulting images: 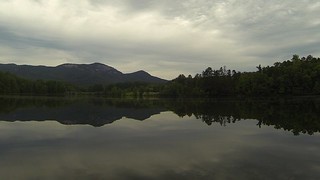 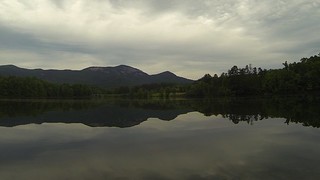 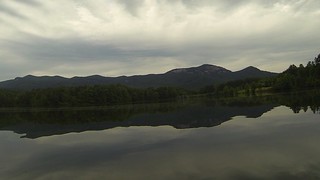 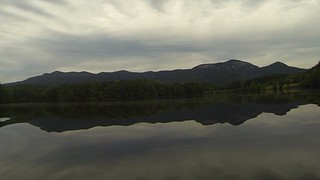 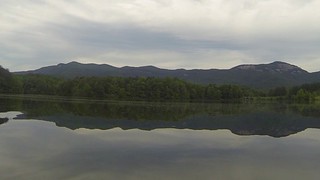 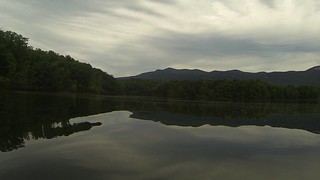 I imported these into Photoshop, using the Batch –> Photomerge process. That gave me the raw panorama. I then cropped and straightened it somewhat. I flattened the layers, but it left some edges with some white background showing through. I used content-aware fill to round out the image.

As can be seen in the images used to generate the panorama, the mountain was too dark, but the sky looked OK. I did some simple HDR processing in Photoshop, trying not to overdo it. That still didn’t give me exactly what I wanted. I created an exposure mask and turned up the exposure until the mountain was light enough. That blew out the sky, though. I used a linear gradient on the mask so that the sky and water used the darker exposure, but the mountain kept the lighter exposure I wanted. Here’s the result:

I saved this, but I still wasn’t done. The final step was to process the image with the Revitalize app to impart a bit more HDR processing. This punches up the clouds and sky, making them more dramatic. The image you see at the top of this post was the final result.

So there you have it. Using Photomerge in Photoshop I can create large composite images from video clips. I may have to try this with the GoPro running at 4K just to see how high a resolution image I can generate. Should be interesting.