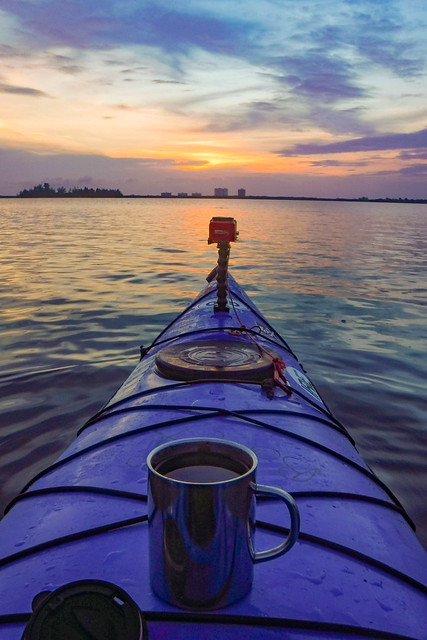 On these trips I always bring coffee and just sit and float a bit as the sun comes up. Amy had given me a large Hydro Flask for Christmas last year, and it’s great for keeping things hot/cold, but it’s hard to drink from. I bought a flip lid for it, and was disappointed when the lid started leaking all over the kayak. I was at the point of returning it when I spotted a comment on the labeling that clearly says, “Lid not leak-proof.” Then what’s the point??

The solution came as the result of another issue. Mrs. Wright sips coffee slowly, so we use an insulated travel mug with a large handle. Unfortunately, the travel mug (and most others we had on hand) are too deep, and she now finds it difficult to turn it to an angle that will allow a sip. I had ordered several other smaller insulated mugs for her to try until we found the perfect one. I decided that one that she rejected would work perfectly for my coffee, and would become my kayaking mug.

Thus armed with caffeine, I headed out. The water wasn’t quite as flat as some of my earlier paddles this week. The incoming tide was ripping a bit, but the wind wasn’t bad. I paddled to the north a bit, and just floated, watching the sun rise. 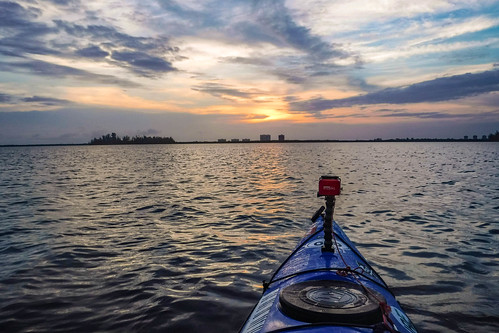 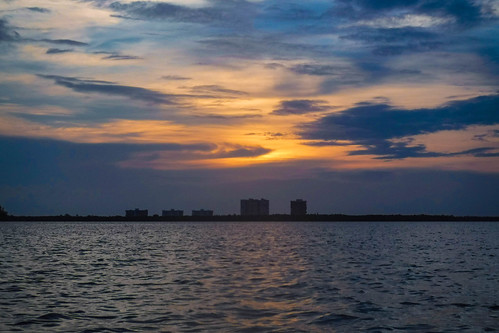 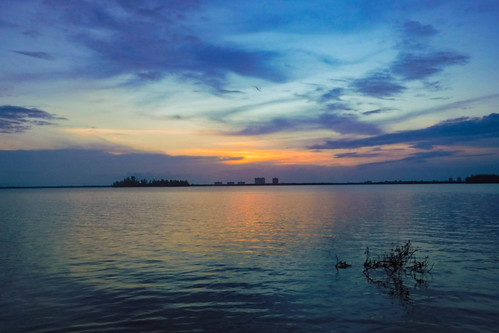 A low bank of clouds off the coast obscured the actual sunrise. Even so, it was relaxing just to sip and float along. I pulled into the shore just north of Amy’s to adjust the GoPro. I had a brief bit of sadness as I realized that this time next year this stretch of wilderness will be covered with 81 new town homes. I guess that’s better than the illegal tire dump that had been here, but I always hate losing untamed stretches of riverfront. 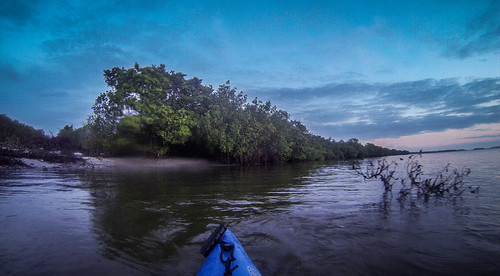 First cup of coffee finished, I decided to head across the channel to one of the islands. One in particular, just north of Amy’s channel, has a sandbar that curves around behind the island. It’s the perfect place just to hang out. I set off in that direction. 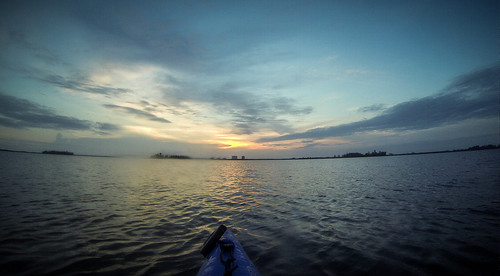 I crossed the main channel, watching for boat traffic. It wasn’t too early for fisherman to be out, but I didn’t see any. The incoming tide, however, was creating a series of standing waves out in the deep part of the channel. It was bumpy, but not bad. I safely reached my island and had the place to myself. I pulled up onto the sand bank and watched hermit crabs scuttling by as I finished my second cup of coffee. 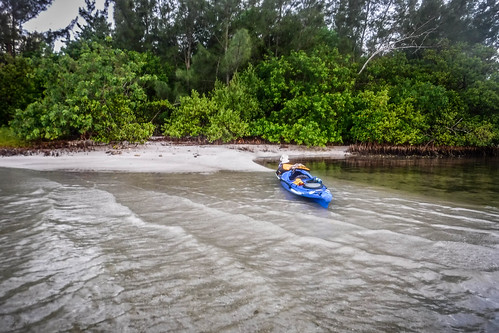 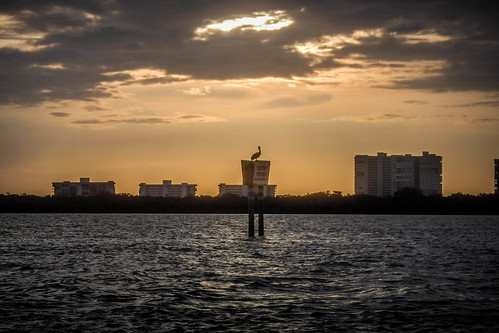 I would have loved to hang out here all day, but, sadly, I was on a tight schedule. I had to get back in time to walk the dog once more and put her up before the home health nurse arrived, then see if Laura needed any assistance with her mom. I had another quick paddle back home, but I made it. That was the last paddle I was able to get in before the rain bands from TS Colin started to arrive.

One note on photography…

I’ve been honing my skills in Lightroom. I consider myself fairly proficient in Photoshop, but Lightroom is quicker for some things. Lately I’d found myself getting lazy, just dropping the photos in one of the HDR presets I have on-hand. As a result, many of my photos had started to look the same, with a somewhat “dirty” feel to them.

I started with this photo of the coffee cup on my kayak: 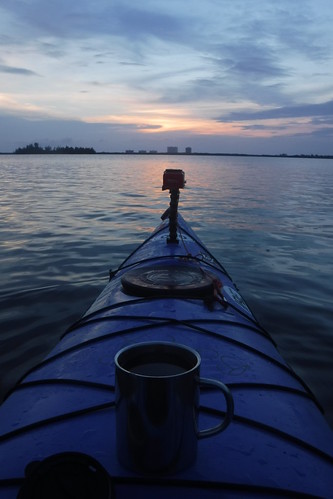 This is straight from the camera. It just didn’t pop the way I wanted. I first warmed up the white balance a bit because it seemed a bit too…blue. I then boosted the shadows a touch to bring out the coffee cup in the foreground, also adding just a smidge of the clarity setting. Finally, I tweaked the vibrance controls until the colors popped without looking too saturated. The image I used as a header for this post was the result. I reposted below as a comparison with the original image. 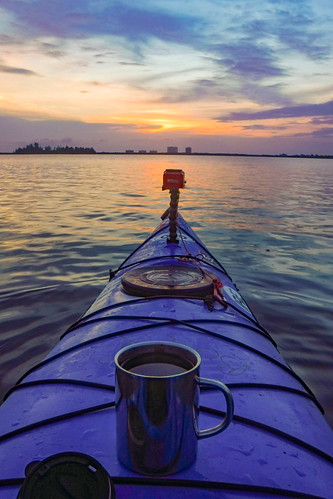 And finally, Laura pointed out that Thermos has had a solution to my coffee problems for decades, with the cup integrated into the lid. Sometimes it’s best not to try to improve a good thing. 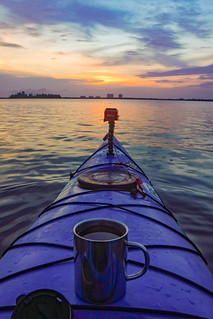 One thought on “Kayaking and Coffee”