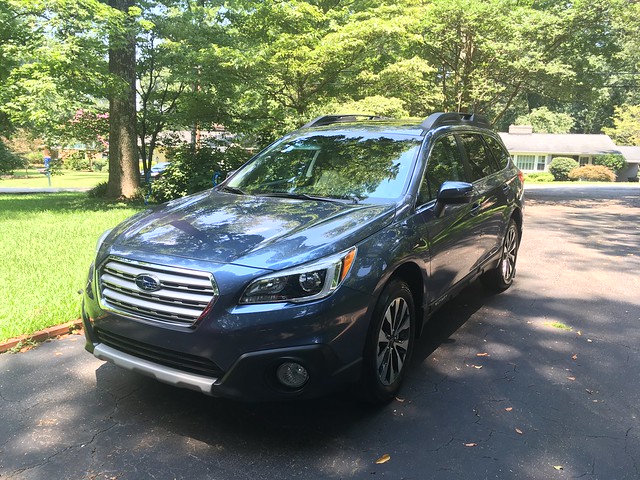 The old Subaru had been a fantastic car and I had taken it on many, many adventures. I hadn’t driven it across country, but it had made multiple trips to the mountains and to Florida. I had also racked up miles driving it back and forth to work when I did that sort of thing. The car was perfect for hauling kayaks, camera gear, musical instruments and anything else. With the all-wheel drive it’s gotten me through some dicey dirt roads and off-road spots I’d rather not admit to Laura. It did all this while providing a comfortable, luxurious ride.

I often joked that despite the fancy name and accouterments, it was just a brown station wagon. 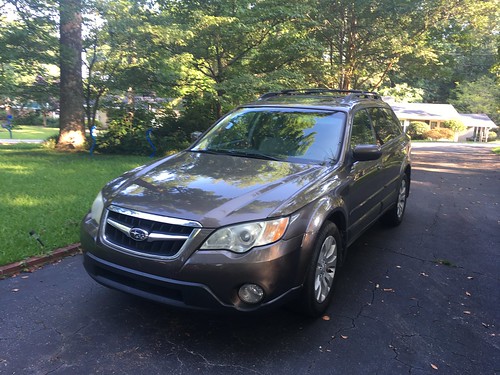 Yet, there were a few problems, albeit minor ones. I needed to replace the tires, and there was a constant warning light indicating something amiss with tire pressure. The tire pressure was OK, so it was probably just a sensor that needed to be reset. There were the typical nicks and dings you would expect.

As for major problems, there was a shimmy in the front end that didn’t seem to go away no matter how many times I had the front end aligned or the tires rotated and balanced. The brakes were always problematic. The car either had an oil leak, or was burning oil. Several commented on how hot the car smelled after a trip. I had to check it constantly and add oil more than usual.

The car had just shy of 200,000 miles on it. Even with all my rambling across eastern South Carolina last week I couldn’t quite push it over that mark. 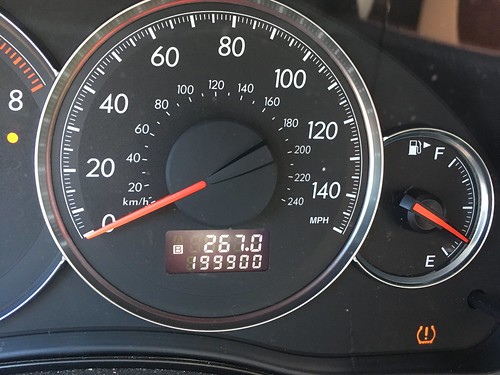 I’d thought about taking another quick road trip, but Laura had the best idea. She said that if I traded it as is, some buyer would be able to brag that they had bought a Subaru with less than 200,000 miles on it.

200K is really just getting started for a Subaru. Under other circumstances we would have hung onto it and tried for double that amount. However, we were getting ready to drive across a continent pulling a trailer with half our belongings, two cats, and a couple of kayaks. We needed something dependable.

It’s strange how the tiniest things push you over the edge. With all the little and not-so-little issues with our car, the final straw was that the driver-side sun visor broke. It hung limply in the way. Nothing I tried – velcro strips, adhesive, etc – really worked to stick it to the ceiling out of the way. It was time to go car shopping.

In the back of our minds we knew we’d get another Subaru Outback, but we wanted to see what else was available. Just about anything else in that class was too tall, too expensive, uncomfortable, or too something undefinable. The only other vehicle that came close was the Jeep Cherokee. Ultimately we came back to the Subaru.

So, this past week we traded in our old one for a new Subaru Outback. 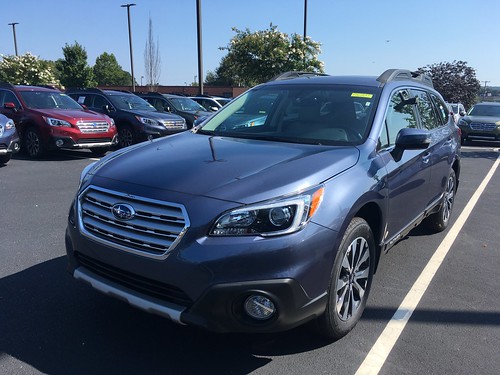 The new car is “twilight blue,” whatever the heck that is. I described it as “pavement blue.” Laura said that it’s the same shade as the very first one we bought as a married couple. I like the color, especially the metallic flakes.

The new car is larger than the old one. It’s taller and a bit longer. Here they are side-by-side at the dealership. 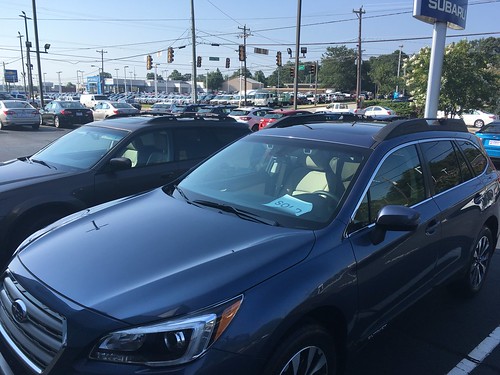 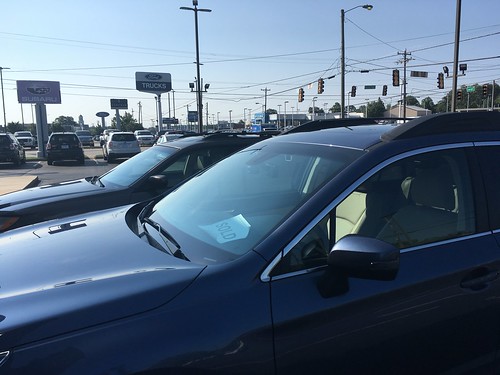 Basically, this thing is a computer on wheels. It’s got cameras all over the place, sonar, radar, and warning signals for just about everything from lane drift to body odor. With lane assist and car distance assist while on cruise control it’s just shy of self-driving. I’m not sure what I’m going to do when I get back to an ancient car, like Laura’s Mini or my old truck.

There are a few things I like better about the old car. The rear cargo layout is better in the old car, with side storage for tools, etc. Also, in the old car the moon roof extended all the way back over the rear seats. It was almost like being in a convertible. The new one is much smaller.

This is our fourth Subaru. Laura had one when we got married. We bought a Subaru Legacy sedan at some point in the 1990s. There was the brown station wagon, and now this one. With that in mind, Dwight Moffit suggested the perfect name – Rambulus the Fourth. It’s a good name. I just hope that Rambulus proves as reliable and takes us on at least as many excellent adventures as its predecessors. 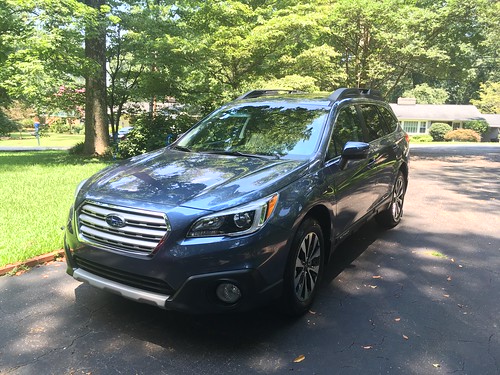 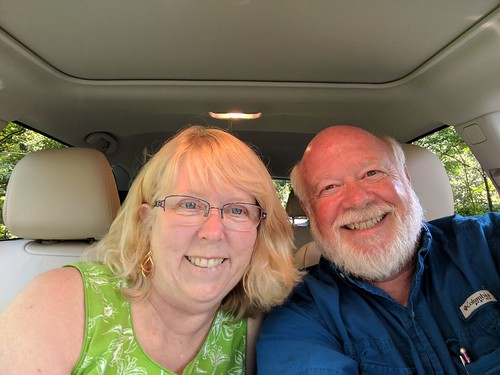 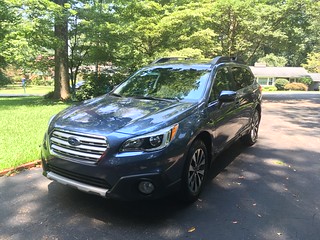 One thought on “Introducing – Rambulus IV”