WARNING – weight-related, fitness rant ahead. I promise not do do this often.

That’s a hard reality to admit out loud. I’ve always hedged a bit by admitting that I’m a bit overweight, but it’s time to face hard facts. I’ve got to lose fifty pounds to get back down to a comfortable weight, and even then I’ll STILL be on the heavy side. 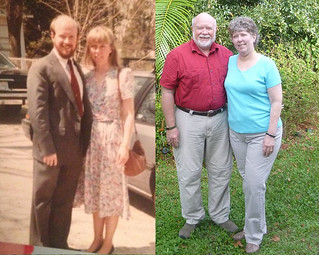 So, you see, I wasn’t always this way. I know people gain weight as they age, but this is not good.

For most of my early life I was so skinny that people got worried. This photo from the early 1980’s shows how skinny I really was. 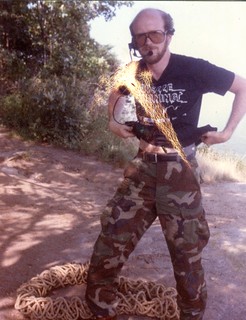 BTW, that’s a Freeze Warning t-shirt I’m wearing, the name of my old band from college days. That was from a climbing/rappelling trip on Glassy Mountain, long before the blight of Cliffs of Glassy overcame the mountain. Here are several more from that trip… 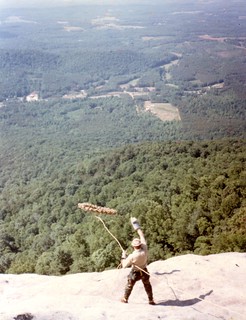 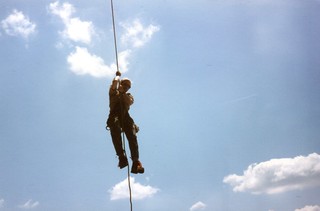 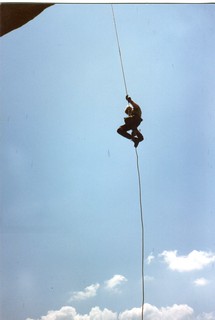 …and here’s one more shot from when Laura and I were dating in 1988. 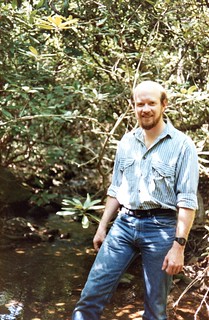 Back in those days I was in great shape. I was running regularly. I rode my bike on an 18 mile circuit every other day. I even did a quick hike to the top of Table Rock and came back down at a flat-out run. I could hold myself parallel to the ground with just my hands, and could hold myself perpendicular to a pole with my arms. (I guess I could have been a pole dancer.) I was into all sorts of adventure sports, including biking, whitewater paddling, backpacking, and rock climbing.

In 1998 I left the classroom and took a district office job. No longer was I on my feet most of the day. I found myself behind a desk, and that didn’t help matters. However, that can’t count for all of it.

The biggest problem was lunch. I used it as an opportunity to get away from the office. Remember, I had the mental set of being skinny, so I wasn’t paying much attention to the nutritional value (or lack thereof) of lunch. I ate much more than I should have, and subsequently my weight blossomed.

Within ten years I gained forty pounds, then leveled off. While I recognized that I’d gained weight, I still thought of myself as that skinny person. With that mindset, I hadn’t changed any eating or exercise attitudes.

The deaths of my brother-in-law and father hit me hard. The year after that Laura was diagnosed with cancer, and we fought that battle. Work was going south big time, and it seemed there was nothing I could do to correct that slide. I watched as my weight crept up another ten pounds.

Even then I was in denial. I had a couple of people I hadn’t seen in awhile react with shock at how much weight I’d gained. I chalked it up to their lack of tact. However, I started to notice that in group photos I was by far the widest one there. I was the most obese of my collection of friends, and I started to be embarrassed by any photo not taken from a flattering angle. 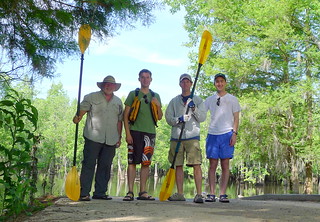 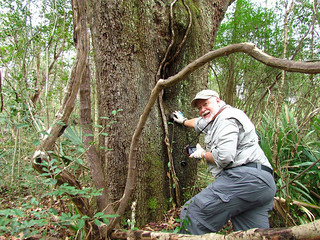 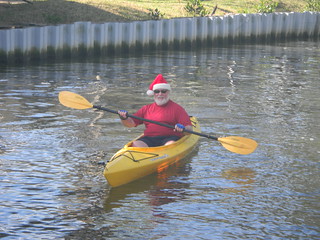 Retirement has been very good for me on multiple levels. Laura is doing great after her battle with cancer, and my stress has almost disappeared. As part of her rehabilitation she started going to the St. Francis HealThy Self fitness center. I started going with her to try to get back in shape. I had a trainer work with me on exercises specifically for kayak paddling. I also joined Planet Fitness so I would have a place near the house. I was, and still am working out at least four times a week.

As far as fitness, I was (and still am) feeling great. Upper body is excellent, and I’ve been able to go on long paddling trips without killing myself. Lower body is also great for walking and biking. It’s the middle that was still causing problems. After nearly a year of working out I hadn’t lost any weight.

I had addressed only one side of the diet/exercise equation. I was still eating as if I were going to the office and using food as an escape.

So, whatcha gonna do?

I decided to go the Weight Watchers™ Points Plus route, minus the actual Weight Watchers with all the meetings, etc. Right now I’m looking as it more as a way to gather data about my current eating trends, as well as a way to address some obvious problems. I’ve done some research and created several Google Docs to help track things and make resources available right away on my iPhone. I also downloaded an app to record the points.

It was eye-opening. Some items, such as my martinis, aren’t as bad as I had thought. Some, like the hash and rice plate I had for lunch last week, were horrible and blew my point totals completely out of whack. Overall, with some obvious exceptions, we had been eating healthy foods. The problem was that we were eating too much. We needed to scale back the portions.

I’m going to try to keep this up through the summer and see if I get any results. Laura has an app on her phone and is doing this along with me. If it doesn’t look like it’s working, we’ll keep the best practices of what we’ve learned, but decide on another method. We’ll see what happens.

I don’t expect to drop back down to my college weight, and don’t really want to. I’m not planning to run Table Rock again, and I’m past the point of wanting to put a heavy pack on my back and walk ten miles. If I can just get back down to where I was comfortable when I was teaching, I think I’d be happier and healthier.