I almost didn’t write this post.  I wasn’t sure I could bring myself to do it.  However, I’ve used this blog to document major events in the life of my family, as well as the community at large, so I shouldn’t shy away from this one, either.

My father, Houston David Taylor, Sr., passed away Wednesday morning.  He had been battling congestive heart failure for the past year, and in the last few weeks it had gotten progressively worse.  The last couple of weeks were very trying on both my father and the family, but in the end he passed peacefully with all of us gathered at his side.

Dad was 87.  He was born in 1924 in Laurens County, the son of Oscar E. Taylor and Mamie Leapard Taylor.  Dad was the youngest son in a family of seven – the same spot I occupy in our family.  He served in the Navy assigned to a Merchant Marine tanker, the S. S. Spotsylvania, where he served as a signal man.  He served in both Europe and the Pacific.  He was a teacher, school principal, and a district administrator.  He was also a minister, first in the Pentecostal Holiness Church, and later in the United Methodist Church.

There are a thousand memories and feelings to process right now, none of which can be done justice within a simple blog post.  So, rather than short-change the life of a great man, let me just say, we’ll miss you Dad.  Thanks for everything you’ve done for us.  We love you, and hope to be with you again some day. 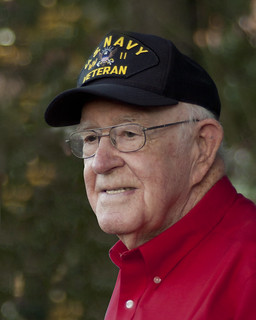