It’s been a crazy couple of weeks, and we’re still not done. I had big plans to post a 1 year review of retirement. That didn’t happen. I had several photo treks I wanted to take that didn’t get taken. It’s been a week of unforeseen circumstances – the death and funeral of an elderly uncle out of town, and now some serious health issues in our family. This is also a concert week for us – the Chorale is performing a Patriotic concert on July 3 by the Furman Lake, so we’ve had evening rehearsals for that, too.

Sometime in the midst of all this craziness we managed to make it to one of our favorite restaurants, The Lazy Goat. We have several favorite dishes, one of which is the garlic shrimp with tomatoes and arugula. we liked it so much that Laura wanted to see if she could reverse engineer the dish and cook it at home. Here’s our first attempt.

Laura found several recipes online that used this combination. The one we decided to use has the following ingredients:

This was actually very simple to create. I cut the tomatoes in half, then Laura cooked them in a large pan with the EVOO over medium heat. 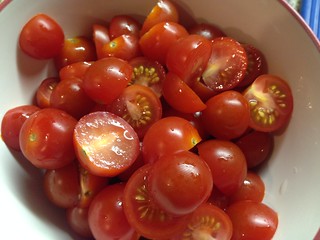 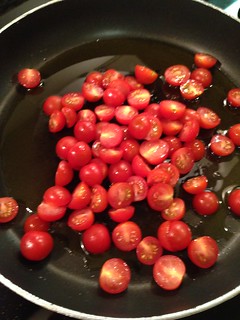 Garlic was diced, then added to the blistered tomatoes. 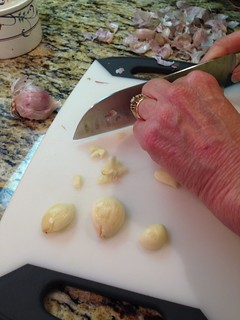 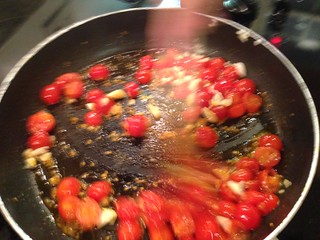 The shrimp we used was pre-peeled and pre-cooked. Since they had been frozen, we let them thaw, then added them to the mix. 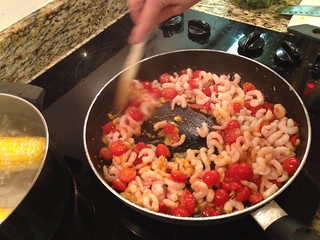 To this Laura added the coarse salt and pepper. We discovered that we hadn’t added nearly enough, and kept adding a bit more when we actually served it up. 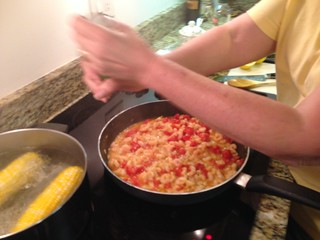 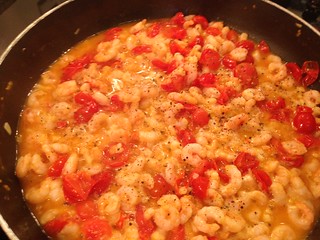 We added the arugula, then stirred it in and let it wilt with the heat. 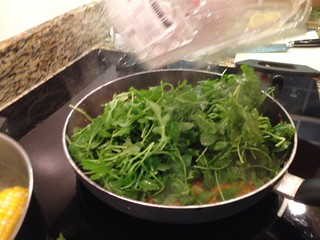 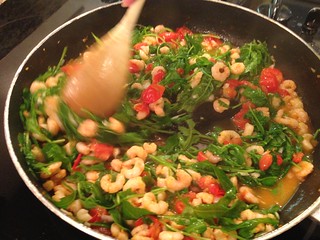 Laura then added the juice of half a lemon, then for the last step added about a cup of feta cheese. 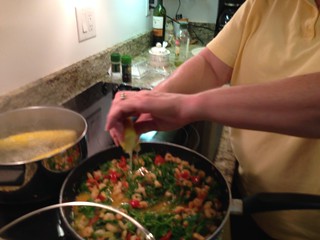 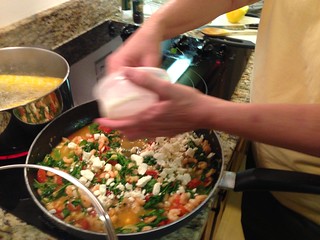 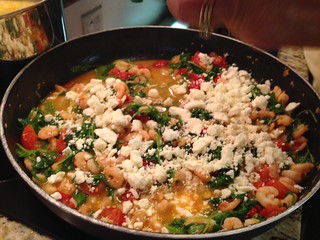 The resulting dish was not exactly like The Lazy Goat’s version, but it was pretty darn close, and was still delicious. Next time, instead of lemon we’re going to try balsamic vinegar and see how that changes the flavor. We’re also going to add a bit more salt and pepper on the front end.

Even so, this recipe is definitely a keeper. It took us all of about 10 minutes to prepare, is low calorie, and tastes great. I think it would be great for one of those occasions where you have to bring a dish for a meal. We used it as a main course, but it would make a great side dish/salad as well.