It was time to leave Laura’s cousins and head north. We got up early enough to pack the car and have one more excellent breakfast at Bill and Linda’s house. We thanked them for their hospitality, then headed on our way.

We weren’t in a rush, though. We waited long enough for the worst of the San Francisco rush hour traffic to clear before heading out. Our first stop was an overlook with views over the East Bay and to the west. We could see fog rolling in from the ocean. 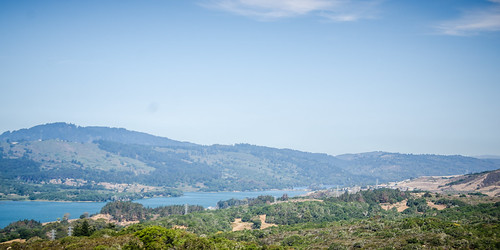 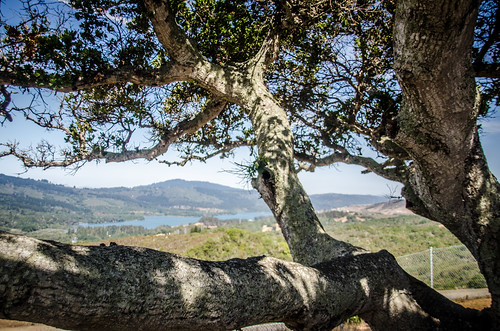 Our route took us along Highway 280 into the city, then we took 19th Avenue to the Golden Gate Bridge. There was lots of construction around the bridge, and that slowed things down tremendously. To make matters worse, the bridge was fogged in, so there were no good views. Last time we were here we stopped on the other side of the bridge and walked across. This time there was traffic backed up onto the bridge itself waiting to turn into the parking lot. We decided to skip it.

The last two times we were here we headed up along the coast to Muir Woods. Laura wanted to do something different, so we headed east, toward Wine Country. Eventually we made it to the town of Napa and the Russian River.

Unfortunately there was a problem. I was sick – terrible headache and queazy stomach. This did not bode well. We had comfort food at Taco Bell and I down lots of pain killers while we decided what to do. We even thought about just staying in Napa and touring the valley the next day. However, we decided to press on.

Instead of driving along the main highway, we took the Silverado Trail. It seemed less crowded, and that was a good thing at this point. Even off the main drag there were some spectacular vineyards and scenery. 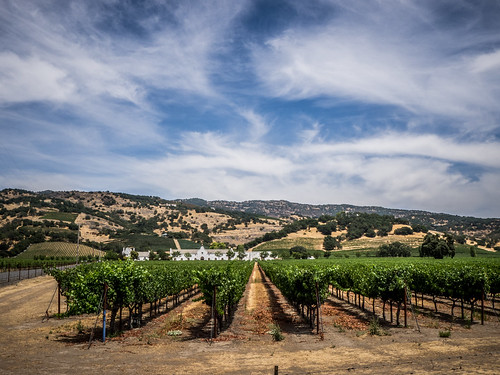 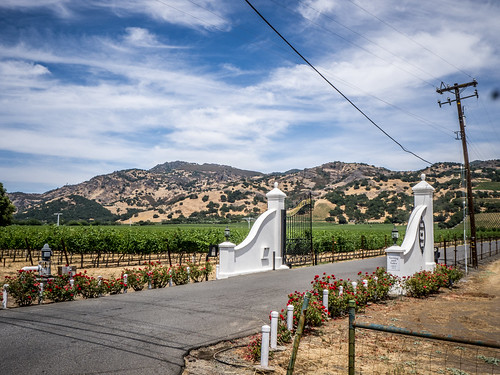 The Silverado skirts the foothills along the eastern side of the valley.  There seemed to be much less traffic than Highway 29.  We continued on until we reached the town of Calistoga.  At this point we decided to turn back down Highway 29 a bit just to see what was down that way. There were several well-known wineries along this route, and it seemed a sacrilege to visit Napa Valley and not do one wine tasting.

By this time the meds I had taken had kicked in. The headache and nausea were gone, and I was ready to tempt fate with a wine tasting. The St. Clement vineyard looked like the perfect place. 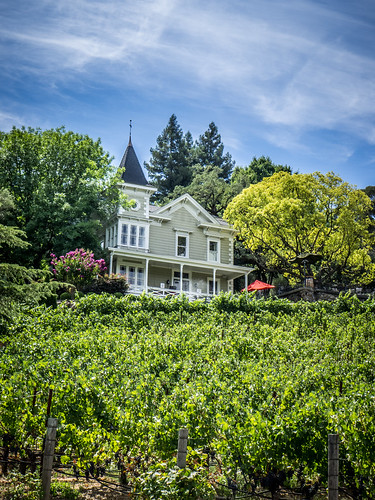 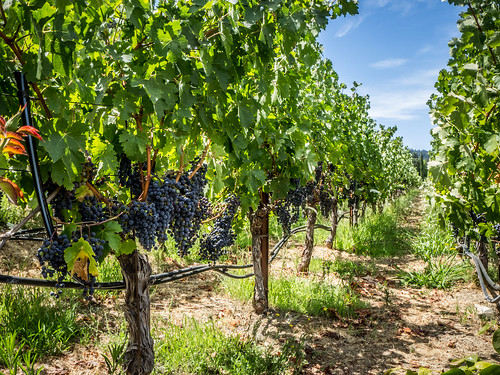 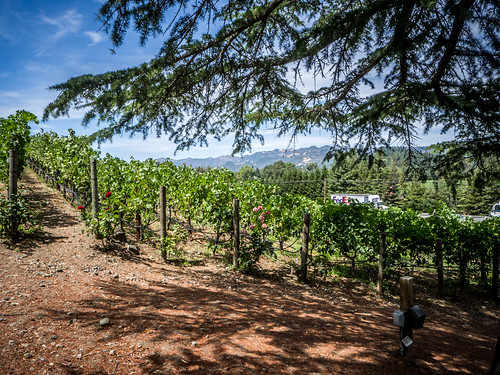 There was a beautiful old farm house with a tower. There was also a seating area with umbrellas and tables offering a fantastic view of the valley. We figured that’s where the tasting would be. However, when we walked up, we were directed to the “Wine Maker’s Lounge and Tasting Room” out back. 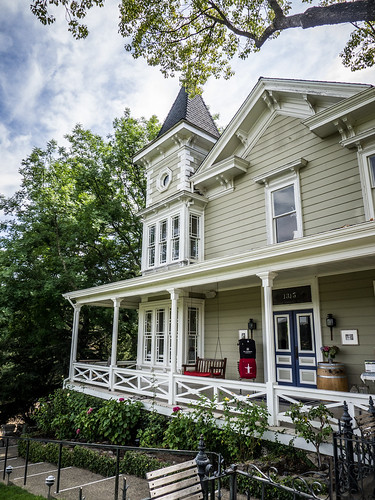 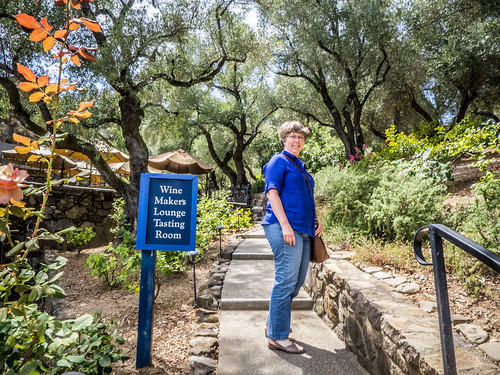 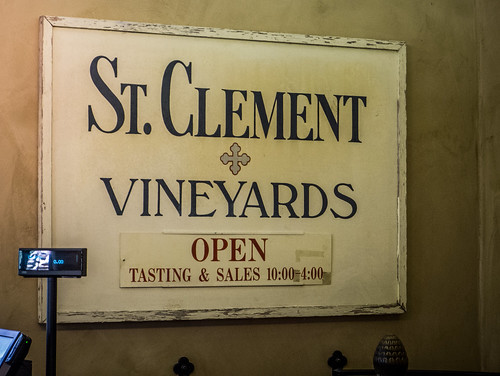 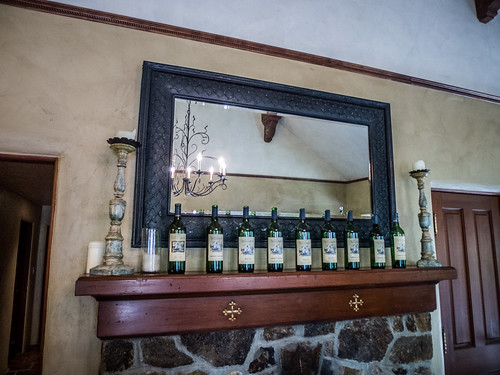 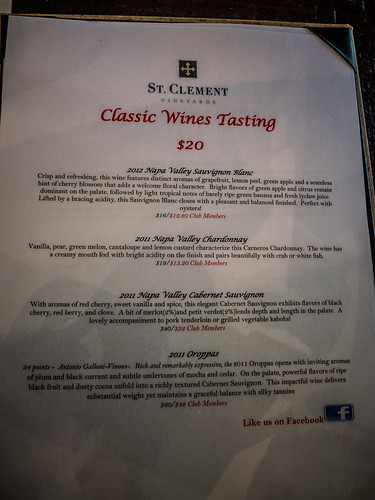 All of these tastings start with lighter wines and move to heavier. First up was a Sauvignon Blanc, followed by a Chardonnay. These were OK, but didn’t knock our socks off. 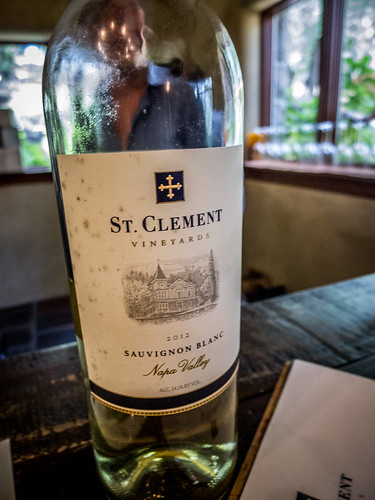 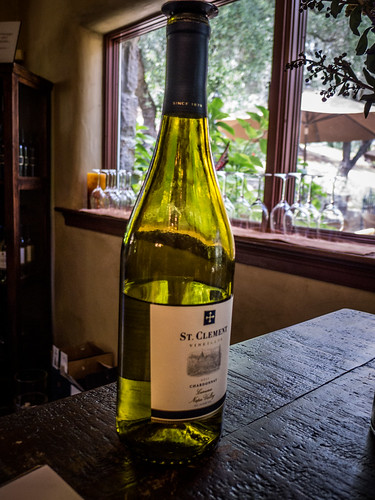 Next up was a Merlot, followed by a Cabernet Sauvignon. We light reds better than whites, but, again, neither of these really impressed us. 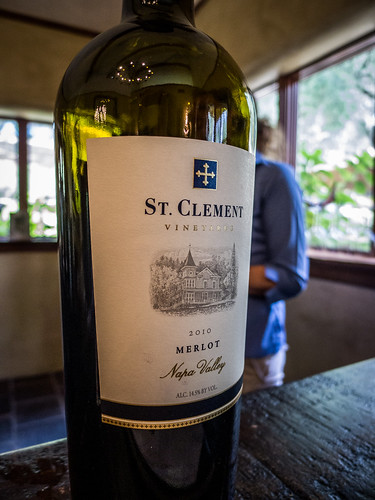 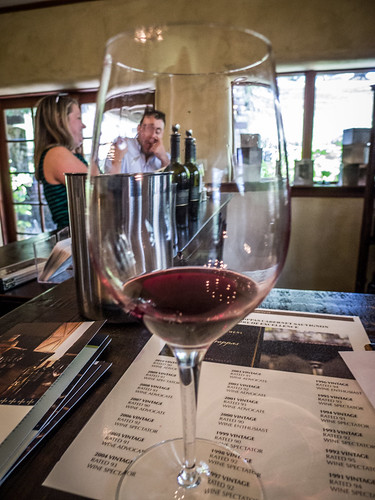 The final “official” wine of the tasting was a 2011 Oroppas. This was the best tasting wine of the collection, and, of course, the most expensive of the group. 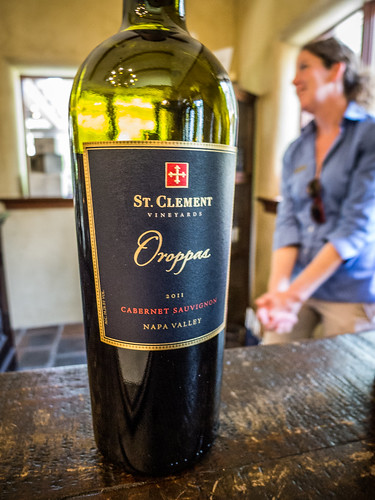 Our sommelier was quite knowledgeable, and described the vineyard and various vintages as we sipped. It always amazes me how very slight changes in soil and sunshine result in very different grapes. As a final taste we were poured two glasses of the exact same varietal. One was produced from grapes grown on the east side of the valley, and one from grapes grown on the west side. A display showed the differences in soils from the two mountains in questions. 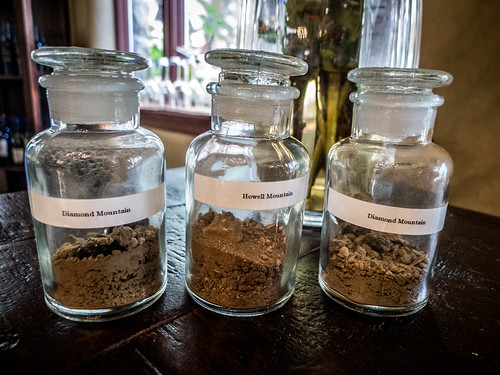 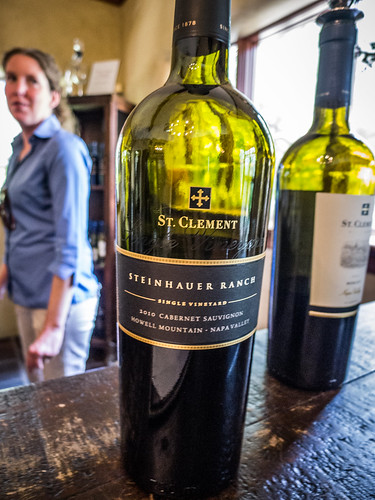 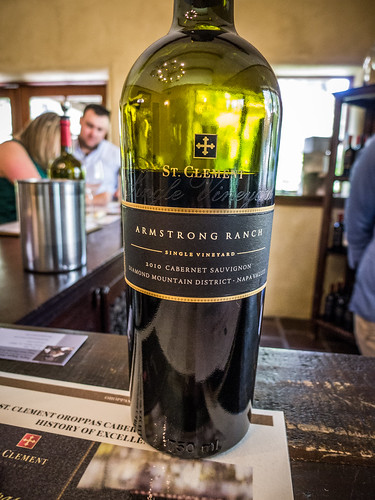 There was a distinct difference in flavor. Laura and I both liked the Howell Mountain wine best.

We looked around the little shop a bit, but decided not to take a bottle with us. While the tasting was fun, none of the wines were to our liking enough to shell out that much money. It was fun, but the day was getting late, and we still had lots to see and and do. 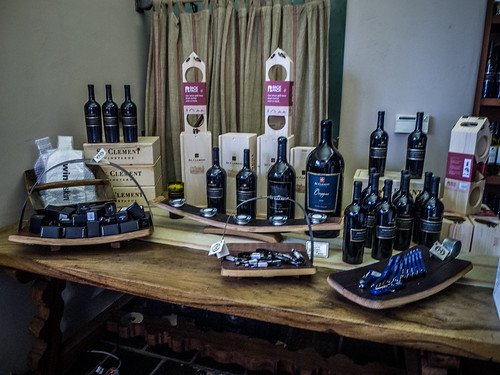