I haven’t seen Bigfoot while up here in the PNW, but last night I did see a UFO. At least, what I saw was unidentified as far as I’m concerned. It was weird. I have photos and videos to document what I saw, and not too many explanations to fit.

Last night I was sitting on our couch playing my guitar. I glanced out the window and saw some unusual lights on the horizon. I grabbed binoculars and headed outside.

What I saw was three to five lights hovering in one location at least a hundred feet in the air. These were quite bright, especially in comparison to the headlights of cars crossing the Swinomish Channel Bridge and lights at the casino on the shore of Padilla Bay below. After awhile one light would flicker to red, then go out. Another would appear shortly thereafter. Here’s a shot where just one light was visible: 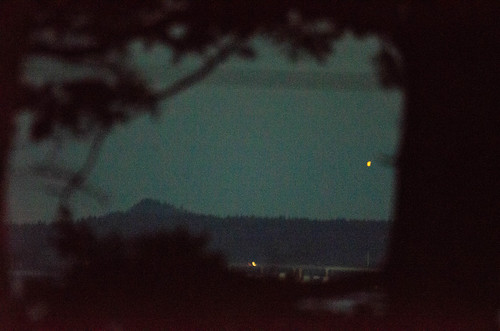 I went back in and grabbed my Nikon and 500mm lens along with a tripod. I set these up to shoot video of the event. 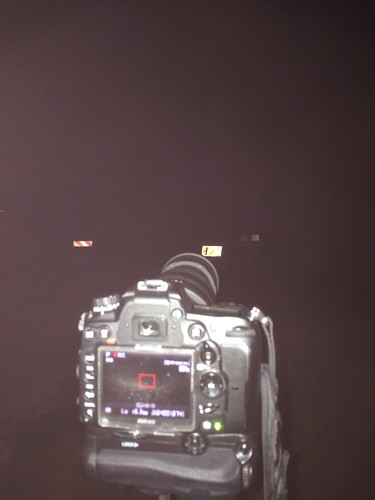 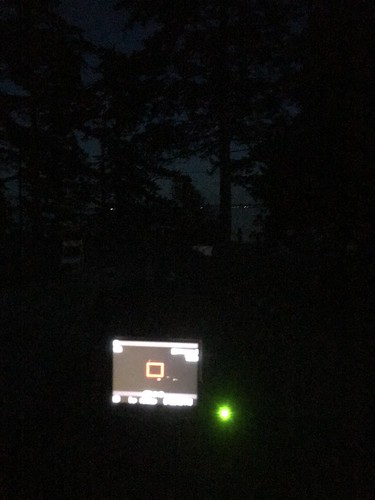 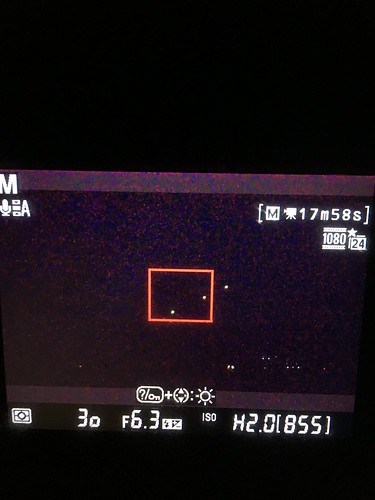 Here are a couple of still captures from the video. The first shows three lights and in the second a light has flickered out. 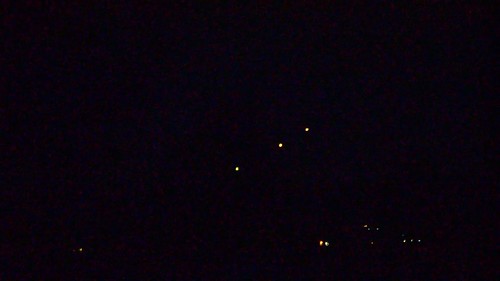 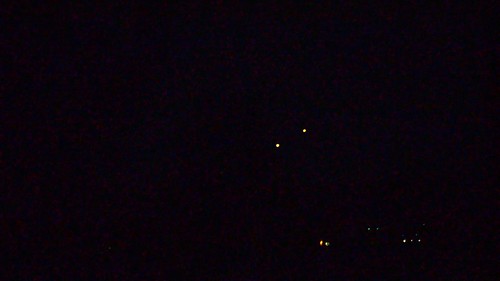 Here’s the video. In addition to the lights you can see the cars crossing the bridge and occasional fireworks from the tribal stands along the channel. At one point one of the three lights fades out.

I ran through all of the usual explanations…

I found some videos of flares and these just don’t seem to fit what I saw. Flares follow a trajectory.

I posted my video and photos online and got a wide range of suggestions, none of which were really helpful. Only one person confirmed the lights. One friend did mention that there was an airshow down in Arlington later this week, and it might have something to it. Who knows?

Do I think aliens have invaded? Of course not. However, as far as I, personally, am concerned, these are unidentified and are flying, so by definition they are UFOs.

Tonight we’ll see if they return. In the meantime we’re watching “Close Encounters of the Third Kind” followed by “Paul” later on. 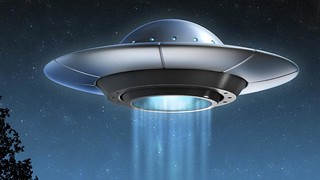 3 thoughts on “UFOs over Skagit County”