When news from Skagit County makes it all the way back to Greenville, generally it’s bad news. Since our association with Samish Island, there have been several tragedies in the region that reached that level, from crimes, to natural disasters, to accidents. Now, living up here, I drive past and look out at these places on a daily basis. I can’t help but think about those tragedies when I pass by.

In my attempt to turn everything into a joke I almost entitled this post “Skagidies”, but there has been real loss of life. Bearing that in mind, I thought I’d take a look at some of these locations.

The Wright abode on Samish Island looks out over Padilla bay toward what is now known as the Andeavor Anacortes Refinery. At night the lights from the refinery light up the horizon, and steam vent clouds rise over the Skagit flatlands. From our living room we watch large tankers come into port at the refinery. These same tankers anchor in Samish and Bellingham Bays north of the island. 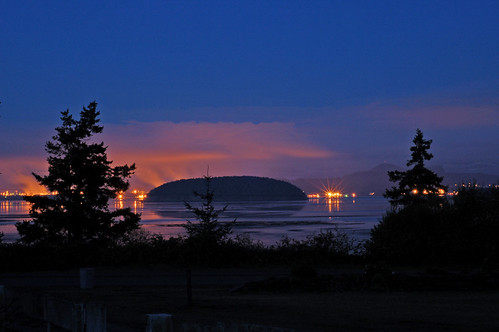 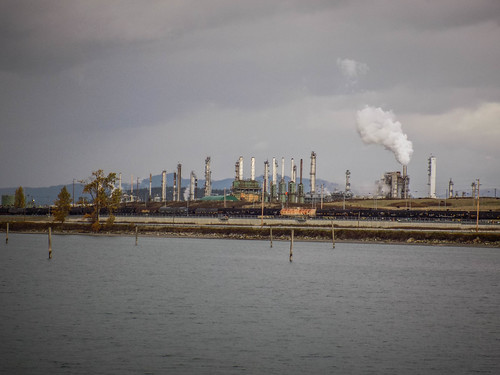 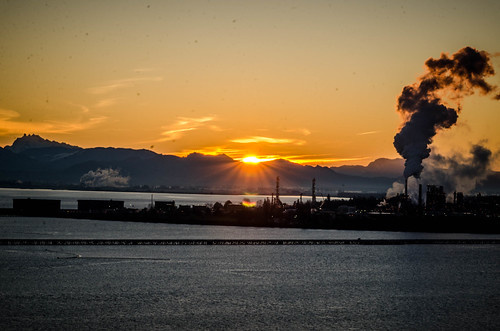 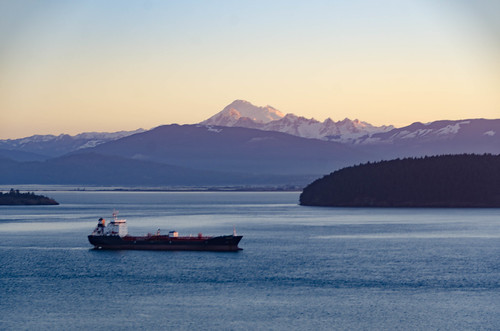 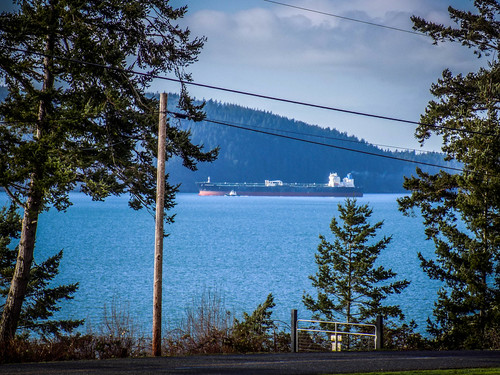 The refinery was built on March’s Point on Fidalgo Island in 1957 as the “Shell Anacortes Refinery.” Gasoline, aircraft fuel, and diesel fuel were processed at the refinery for distribution in both Shell and Texaco stations. In the late 1990s it was purchased by Tesoro, a Texas-based distribution company.

On April 2, 2010 disaster took place. According to Wikipedia…

At 12:30 a.m. on April 2, while personnel were performing post-maintenance heat exchanger restart operations, a heat exchanger on an adjacent bank catastrophically and violently ruptured. The pressure-containing shell of the heat exchanger burst at its weld seams, expelling a large volume of very hot hydrogen and naphtha, which spontaneously ignited upon contact with the surrounding air. The ensuing explosion was so violent that many in Anacortes felt the shock wave across Fidalgo Bay. A giant fireball lit up the sky above the refinery, and a plume of black smoke was pushed toward the town by a southeast wind. It took about 90 minutes to put the fire out.

Four workers were killed immediately and another died of injuries later. Several others were also injured.

At the time I was glad that Laura’s mom was not on the island when this happened. I’m sure it would have upset her. She was in Florida at the time. I asked Duff and Linda if they remember the explosion. They said that they didn’t hear this one, but did remember one that happened in the 1990s. Apparently in 1998 there was another explosion that killed six workers. That news didn’t make it back east. 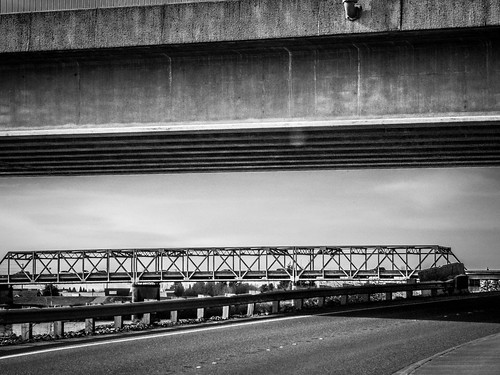 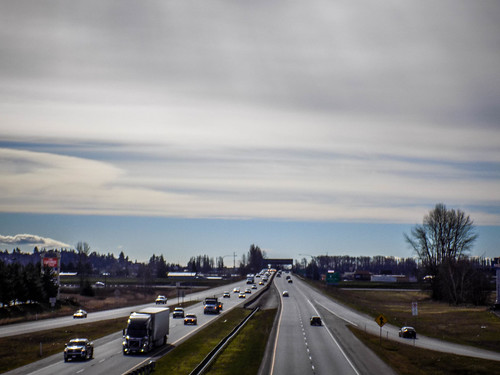 All of the bridges in the town are steel truss bridges, including the one on the interstate. On May 23, 2013 a large truck carrying drilling equipment struck the steel trusses so severely that it caused the bridge to collapse. Two other vehicles fell into the river. Several were injured, but fortunately there were no fatalities. The photos below are from the Washington DOT and the NTSB. 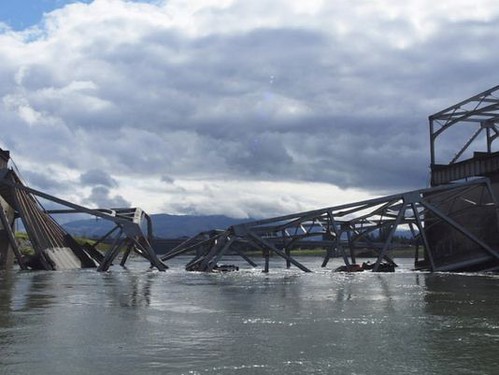 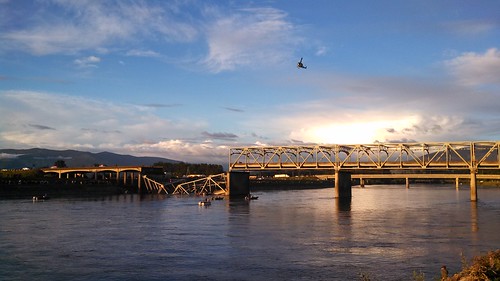 I-5 is a major artery between Seattle and Vancouver, so this put a serious bottleneck on traffic. By September of 2013 the new bridges were already in place. We drive over this bridge all the time. The new bridge looks just like the old one did, as far as I know.

NOTE: This blog post has been in the hopper for several months. Other things have popped up and taken precedence. Since I’ve started working on it the Marjory Stoneman Douglas and two other school shootings have taken place. These shootings have sparked a nation-wide movement directed mostly by students from Stoneman Douglas High School. On this Saturday students and other concerned citizen held protests and marches in the March for Our Lives movement. I wholeheartedly support these students and think it fitting that another tragic shooting is brought to the forefront.

On September 23, 2016, Arcan Cetin entered the Cascade Mall with a stolen Ruger .22 caliber rifle and began shooting randomly in Macy’s. He killed five shoppers, with a sixth dying from injuries the next day. Cetin escaped, but was caught the next day in his hometown of Oak Harbor. He confessed to the shootings. Cetin later committed suicide in jail.

Cetin was Turkish, but his crimes were not linked to terrorism. It was thought that he had recently broken up with a girlfriend who had worked at Macy’s. The community was shaken, and news reached all the way to South Carolina.

Recently I paid a visit to Cascade Mall. I had been to the theater at the mall several times, but it was the first time I’d visited the mall, proper, since I’d been here. As with so many other enclosed malls around the country, this one has not fared well, and the shooting only made things worse. Sears closed and was replaced with a second-tier furniture store. It was announced that a second anchor, J. C. Penney, would close this spring. The anchors were still open, most of the smaller storefronts were vacant. 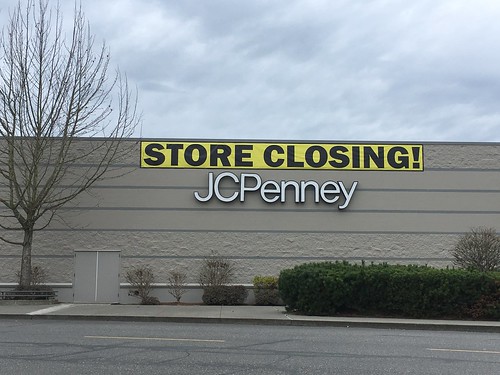 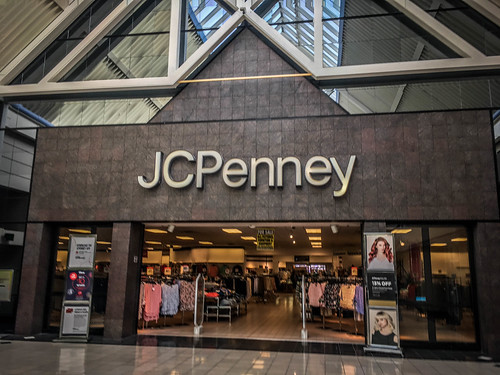 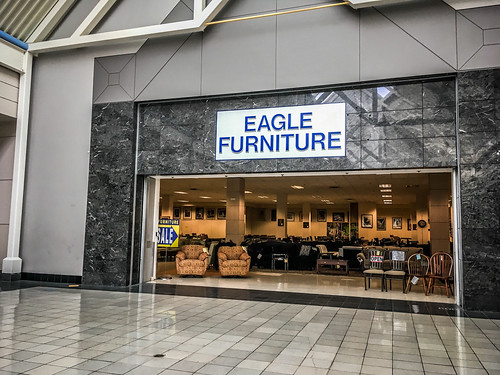 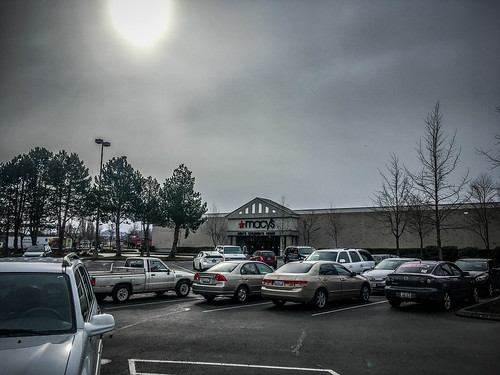 I was at Penney’s to check out their close-out sales. I found a couple of shirts on sale, then decided to check out the mall itself. There were lots of empty stores, but there were still mall walkers and a few shoppers. 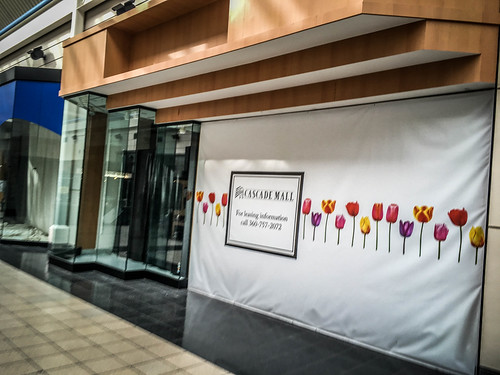 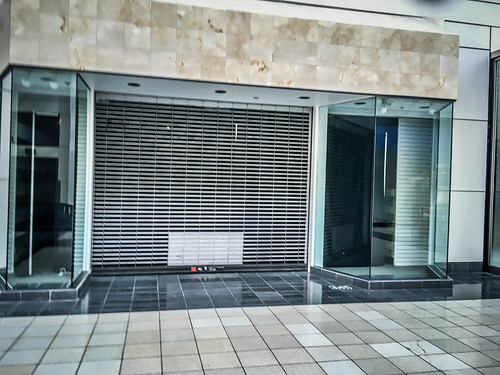 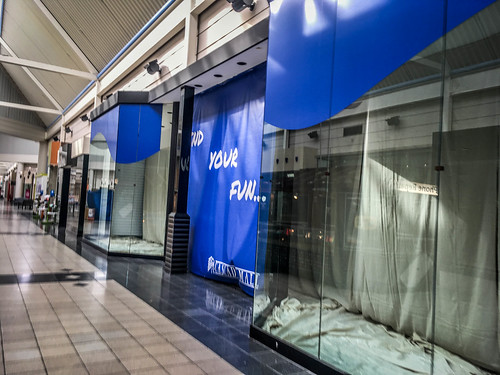 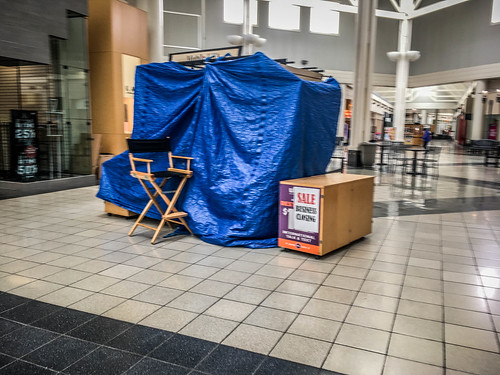 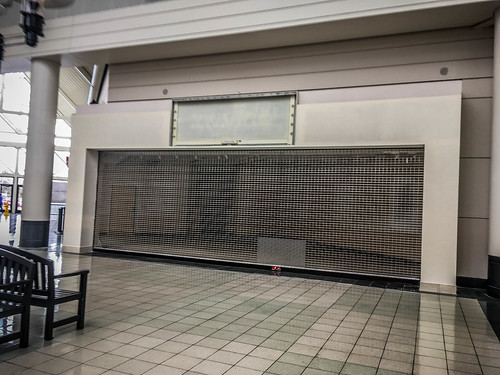 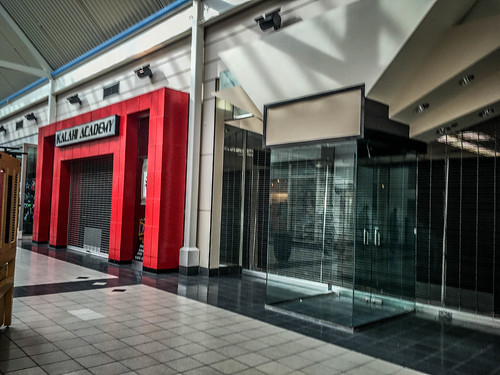 Of course, Spencer’s Gifts was open. I’m under the firm conviction that they are the cockroaches of the retail world. Long after all of the malls have closed, Spencer’s will have found a way to survive. 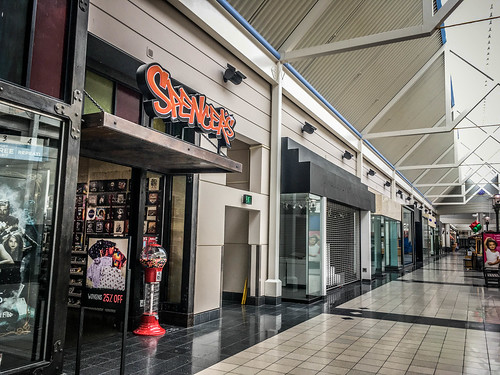 A couple of storefront churches had popped up. A Children’s Museum occupied several spaces toward the old Sears end of the mall. 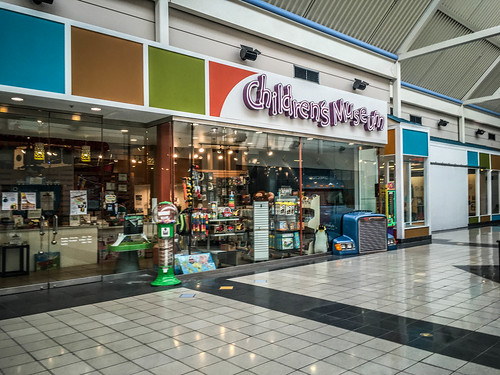 With the empty storefronts and recent tragedy the placed seemed haunted. It didn’t help mitigate that feeling when something really creepy happened. I heard unearthly children’s laughter. At the other end of the mall I heard it again. I pulled out the audio recorder I always have with me and waited until I heard it again. It turns out that this was at a playground area and the laughter was meant to attract kids to the coin-operated rides. 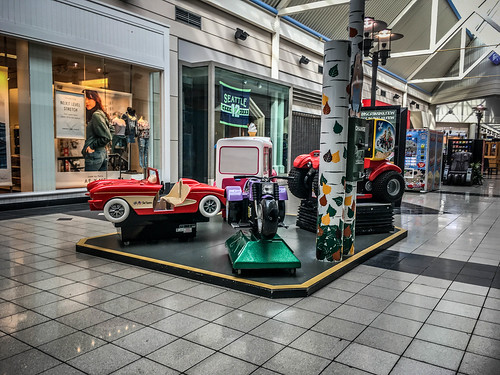 Doesn’t make it any less creepy, especially with rather mournful mall music playing in the background. I added the audio to a few still images to make a short video.

Weirdness aside, these tragedies linger because I pass these places each day. I don’t know anyone involved or affected by them personally, but I can’t help but think about what happened. Perhaps that’s the important thing. Don’t forget. I may not be able to do anything about oil refinery fires or bridges collapsing, but I can protest about guns, weakening regulations for industries, and inadequate infrastructure funding. And I can vote for people that have the same concerns about these issues. 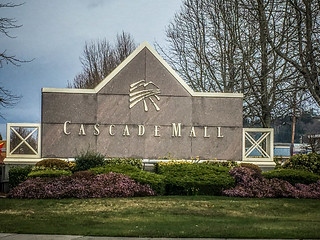