For a Wednesday there was a LOT going on. There were trips back into town and to see more daffodils, as well as new musical and food experiences. Here’s a quick rundown of the day…

Laura wanted to see more of the daffodils. We headed into La Conner for lunch at our favorite BBQ place, then out across the flats. Since I’ve photographed these fields many times, I decided not to stop and take photos that looked just like the ones I’ve already posted. Plus, it was starting to get crowded to looky-loos. We enjoyed them from our car, instead.

Laura’s new hammock arrived. It’s an ENO knock-off, but a double-nest hammock plus straps cost only as much as the Atlas straps did for my ENO. It seems to work just as well. While she attempted to read I kept buzzing her with my quadcopter.

I had multiple options for the evening. There was another Irish session at Village Pizza. I seriously contemplated attending, if for no other reason than to bolster my confidence with that genre. Not only was it another Bring Your Own Guitar night, but I had also discovered a drum circle, also in Mount Vernon. I wanted to do all of them.

First, though, was the matter of dinner. I was craving Thai food and had thought that I’d just walk down to Thai House Restaurant. It’s on the same street as Empire Ale, where we have BYOG, so it would be a good close option. Turns out I found an even better, closer option.

I parked right across from Empire Ale on a side street. Right in front of me was a little hole-in-the-wall place called Rachawadee Thai. Balancing between skepticism and adventure lust, I tipped over to the adventure side. 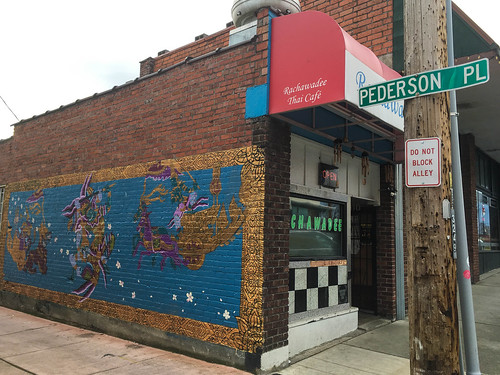 The place was tiny. There was one long counter with about eight seats and a cooking/prep space just on the other side. 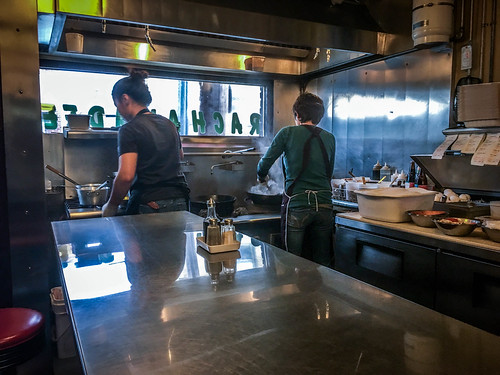 I got there right after it opened for its 5:00 dinner service. Already there were a couple of people sitting at the counter awaiting orders. I had just beaten the rush. Lots of take out and eat-in customers filed in after me. Space was at a premium.

Those of us seated squeezed in tighter to make room at the end of the counter. You absolutely had to be sociable in this setting. I chatted with the young woman next to me. Jen told me about her upcoming backpacking trip across Europe, starting in Iceland, then heading to the Scandinavian countries to visit relatives. 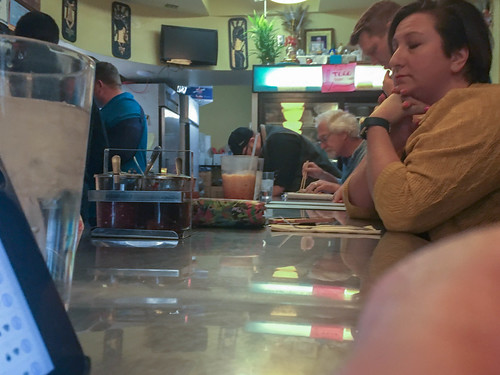 The menu has standard Thai fare at reasonable prices for this area. There are warnings that their dishes are hotter than most. Even so warned, I ordered Pad Thai with chicken about medium spicy. It came out hot – much spicier than what we’ve had in other places. It was delicious. I enjoyed my meal and the company, even though perspiration streamed from my forehead. This place is a keeper.

From Rachawadee it was just a short step down to Empire Ale. Lisa and Ann were already there getting set up for our slide guitar workshop. Sherry and newcomer Jax joined us. It was a small group.

I’d not really tried slide guitar, but took to it quickly. Lisa had an injured finger on her left hand, hence the slide sessions. She led us through some exercises then we tackled a couple of simple pieces. 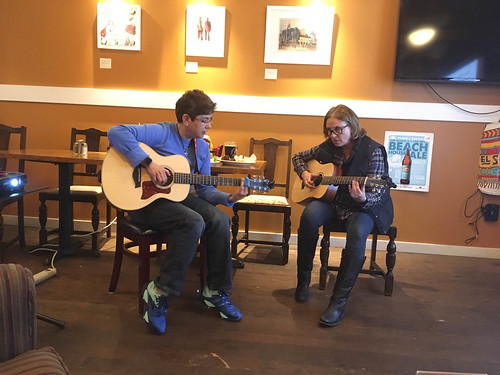 About halfway through we switched back to our standard repertoire, but I stayed on slide, playing the melody and trying to improvise against their chords. It was fun.

I’ve been looking for drum circles ever since coming to the PNW. Sadly, every one I’ve found looked too “New Agey” for my tastes. I just wanted to bang on a drum and make cool rhythms without getting too holistic and spiritual about it.

I finally came across one listed in Facebook that might be tolerable. The event listing described it as “Learn World Rhythm drumming in a fun and safe atmosphere.” Of course, it was the same night as BYOG, but it started a bit later, running from 7:00 to 8:00. The venue was almost right across the street from Empire Ale at the Mortar and Pestle Apothecary.

As I headed out for the evening I tossed my djembe in the back of the car with my guitar, just in case. I figured I could either leave BYOG early and walk across the street, or just pop by later. I decided upon a more casual approach than full participation.

We finished BYOG around 7:30. I invited my fellow guitarists to come along and see what this was about. Only Jax took me up on the offer. We dropped the guitars off in my car and wandered down to the Apothecary.

I wasn’t sure what to expect. When I hear the word “apothecary” I think of an old-time pharmacy. Laura reminded me that this was Washington State, after all, and that an apothecary that advertised herbal remedies might have a different meaning out here.

When Jax and I got there the lights were on, but we couldn’t see any activity. I was about to turn around and head back but Jax tried the door. It was locked, but a set of bells attached to the door rang. A woman poked her head from behind a curtain and approached us skeptical. No turning around now.

As she opened the door a crack I said that we had heard about the drum circle and wondered if we could listen to the last ten minutes of their session. We were led to the “Crones’ Loft” upstairs, where two other women sat with djembes. Mary Ellen was the session leader, Donna was the owner of the venue, and Katherine/Crystal?? (I can’t remember the name) was the other participant. 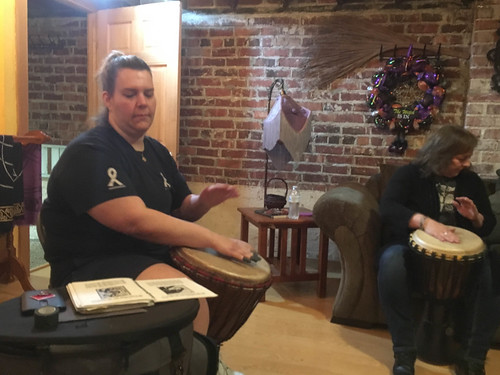 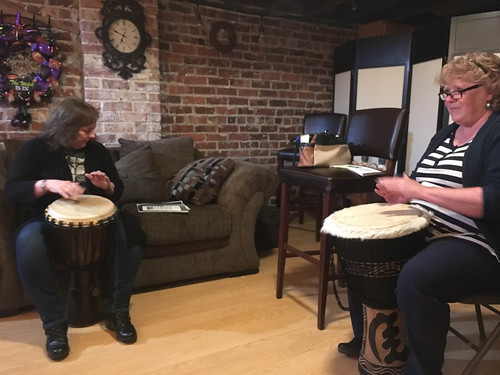 Jax and I took a seat and the trio started playing some of the patterns they had been learning.

I’d left my djembe in the car since we were just on reconnaissance. They still invited us to join in. Donna passed me her drum and she and Jax took shakers. We went through several rhythms for about fifteen minutes or so.

The group is using patterns from a book entitled Congo Joy. It had the familiar “bass”, “tone” and “slap” notation with which I was familiar from my classes with Ben Weston. However, the book appears to be unavailable now. 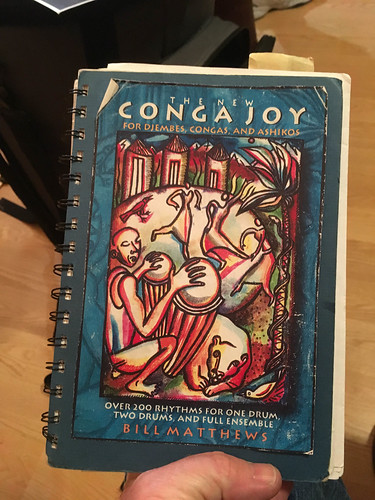 Afterwards we chatted a bit. Mary Ellen is an elementary music teacher and a percussionist with the local symphony. I gave them my background in music and drumming. The group was curious about our BYOG events and I invited them to the new Bring Your Own Buckets and Sticks which would start next week.

The venue, the books on healing and spirituality, and the wall decorations led me to believe that this could have easily been pushed into the New Age realm. I was honest and told them that I was glad to find a drumming event that focused on the music education rather than spiritual aspects. Donna said that the spiritual type of drumming was what she originally wanted, but that Mary Ellen had convinced her to go a different direction.

There were only three there tonight, but usually there were from five to seven participants. The group meets once a month, usually on the third Wednesday. I didn’t ask if they were all women or the make-up of the group in general, but the phrase “Crones’ Loft” led me to believe this is mostly a female-leaning group. Even so, they had no problem with Jax and me being there.

As we left Donna showed me around her place. The upstairs loft where we drummed is a reading nook, complete with a kitchen. Downstairs were gallon jars full of various herbs (none of them cannabis.) There were a few small drums, incense bowls, and other items for sale, including “healing teas, herbs lotions and salves” according to the FB page. Donna also makes herbal soaps and showed me a table with her creations. 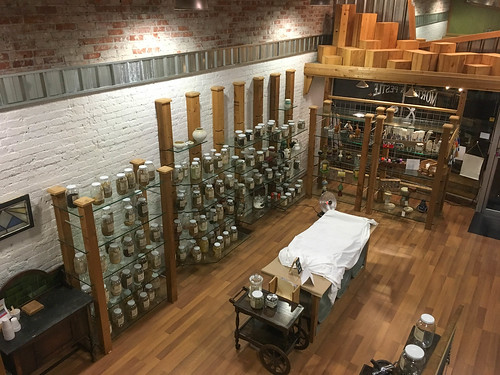 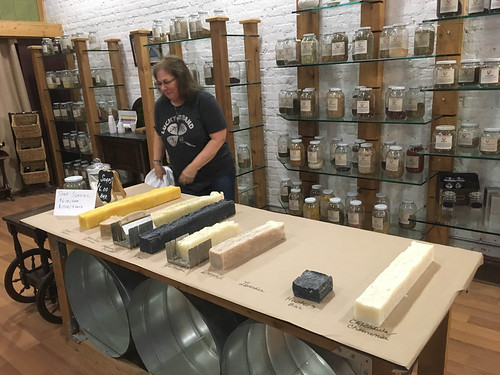 I thanked Donna for letting us crash their party and having faith in us. As far as she knew we could have been a couple of street thugs just wanting in, but she let us in. As a result we met some nice folks and got to do a bit of drumming. I’m glad Jax went ahead and tried the door. 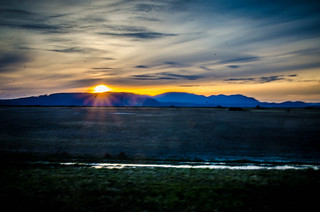 One thought on “Thai, Slides, and Drums”