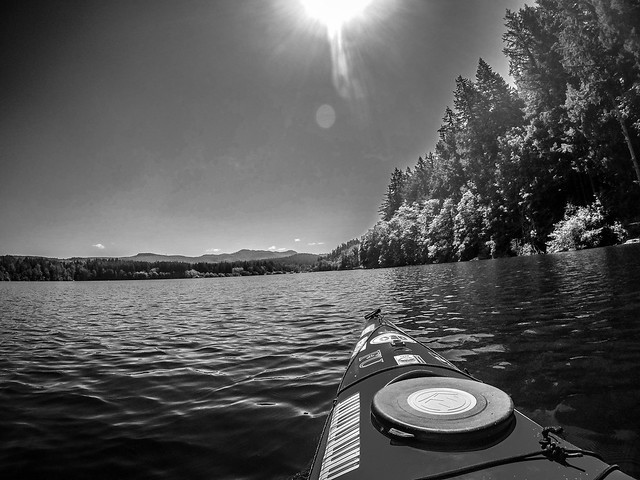 Every time I drive up I-5 to Bellingham I see a brown sign for the Lake Padden Recreation Area. In Google Earth the lake doesn’t look very large, but it still intrigued me. Would it be a good place to paddle? I had an errand to run in Bellingham, so on the way back I decided to check it out. A paddling event was in full swing that Saturday and a parking place could not be found. However, it looked like an interesting spot, so I decided to come back. On Sunday, Father’s Day, a couple of weeks ago I did just that.

First, a bit about my errand in Bellingham…

A couple of years ago I found some very inexpensive J-racks for my kayaks on Amazon. I think I paid $30 for two pairs, which is dirt cheap. The racks served me well and got me across country with two boats. However, on the trip across the racks started shifting badly. They couldn’t handle the side winds on some of those longs stretches.
Plus, the bolts and joints were starting to rust. It was time to look for something more reliable for a replacement.

When I looked at options I cringed. Most of the name-brand gear was more than I paid for most of my boats. I had to do a mental shift, though. The purpose of the racks is not just to protect the boats. It’s to protect my expensive car, my back while loading the boats, and to protect those on the highway with me. From that standpoint the cost is worth it for good gear.

What I really wanted were the Thule Hullivator racks. These use hydraulics to lift the boats from the side of the car onto the roof. Sadly, these won’t fit the Outback without additional bars, so I had to go with other options. I decided on the Thule Hullaport XT J-Racks.

On Scott Holley’s recommendation I headed up to Yeager Sports in Bellingham to get the racks. I told Laura that it was a good thing I hadn’t found this place earlier in our trip, or I might be broke by now. They had any type of outdoor gear you could want, and were the closest thing to our own Sunrift Adventures back home. I first drooled over their selection of Scott’s Eddyline boats, then got down to my task. I bought two pair of the Thule racks. On the way back I stopped by Lake Padden to check out the venue for my maiden trip with the new gear.

The racks are the perfect fit for the Outback. They set up easily and fold down when not in use. 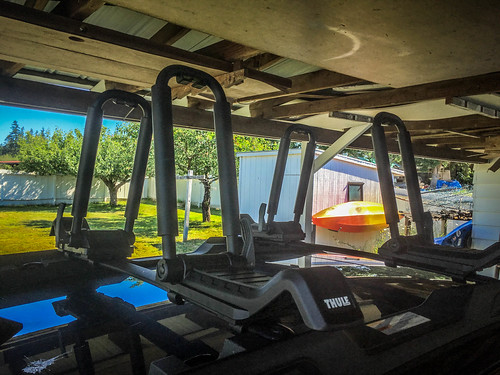 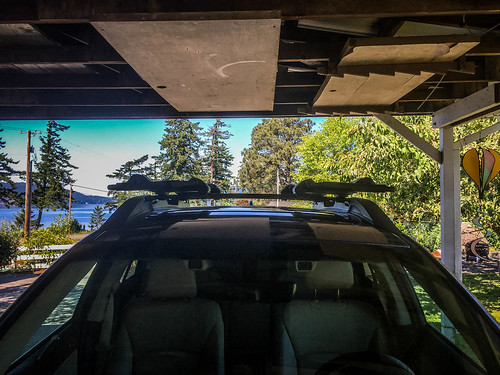 These can sit further on the edges of my car, leaving a sizable gap between the racks. I can get a third boat between them. This greatly expands my capabilities. So often I have two other people that want to paddle with me, but I can only carry two boats. My truck can carry more, it it will only carry three people. Now I have a vehicle that can carry three people AND three boats. For me, that alone was worth the added coast. 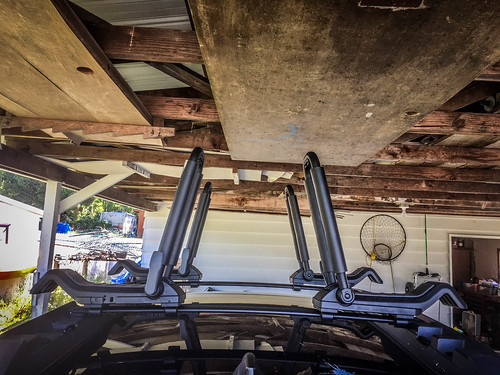 The boat loaded easily. Even though I’ve used many types of racks and have loaded boats on cars for years, I actually watched the Thule instructional videos and learned some new tips. The best new tip was to “bird nest” the excess strapping and cords. I used this technique with my climbing ropes and gear, but never thought of using it in this application. This way I can tuck the excess out of the way. It stays put while traveling, but I can pull it loose with a simple tug. 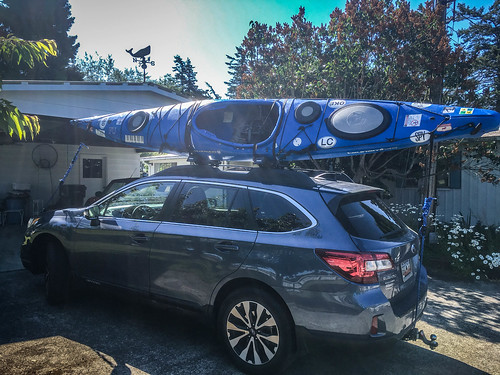 Now on to the paddling trip…

Lake Padden Park is on the southeast side of Bellingham up in the hills. The park is large and features a golf course and other amenities in addition to the lake. The lake, though, is the main attraction. There are several access points for the lake and trails surround it. Kayak and paddle boards are available for rental.

I arrived fairly early, before the crowds would gather on this beautiful day. The boat launch area was the least crowded, so I found a place to park and gathered my gear. The lake only allows non-gas powered boats, so there were mostly kayaks launching, with a couple of small trolling-motor boats. I launched quickly so others could use the ramp. 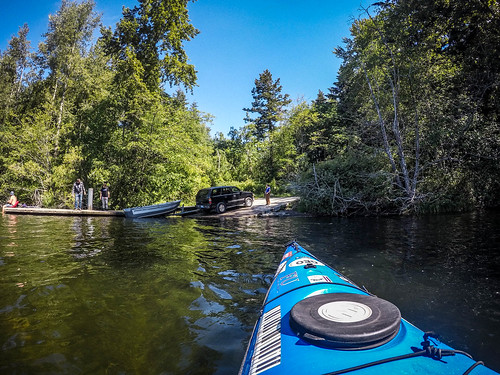 The lake is relatively small, probably about the size of Lake Oolenoy back in SC. I knew it wouldn’t take long to paddle around it, which is what I did. There was lots of activity, with paddle boards, swimmers, and all manner of people on the shore. 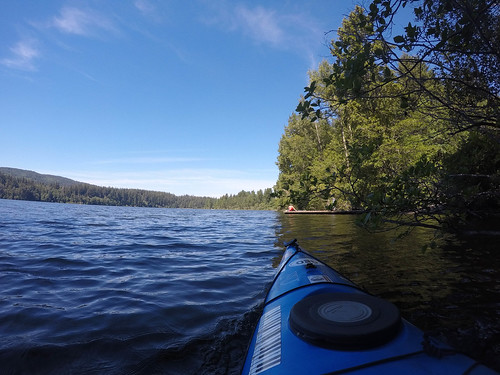 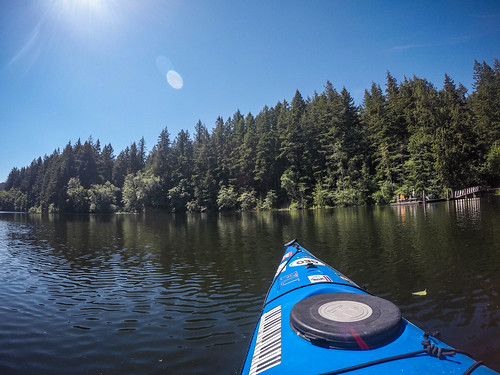 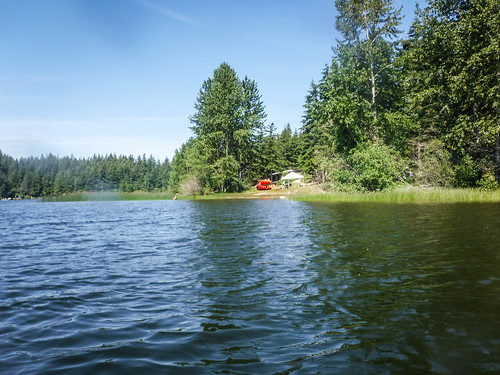 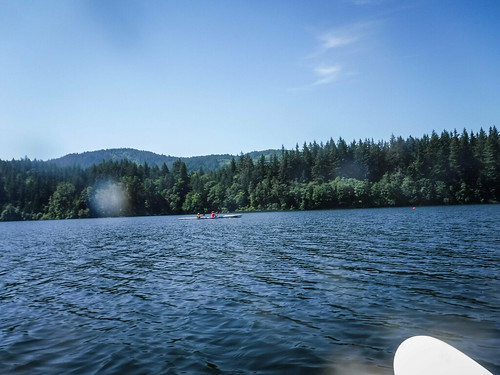 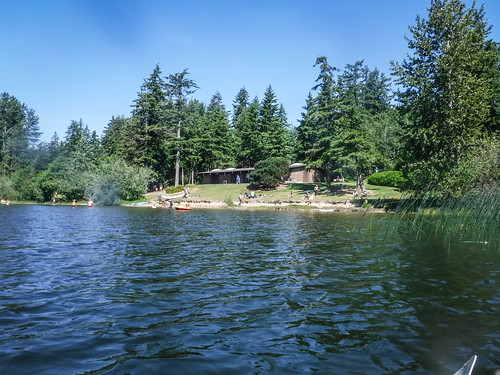 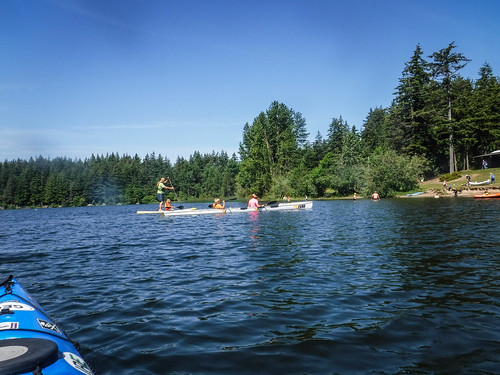 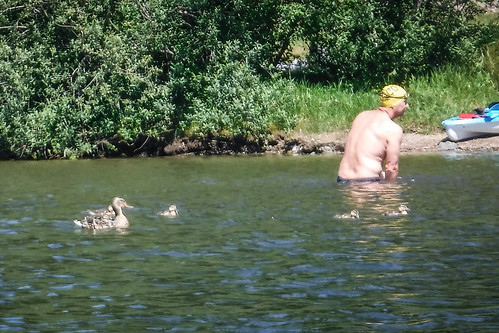 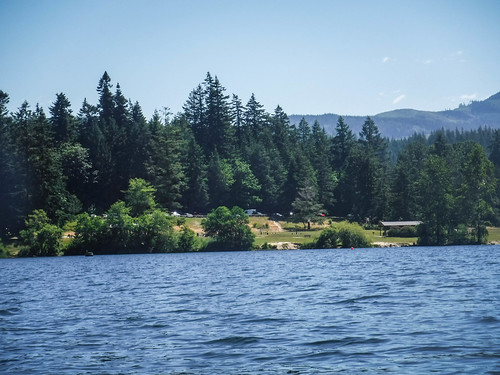 The views from the west side of the lake were particularly nice, with the mountains in the background. 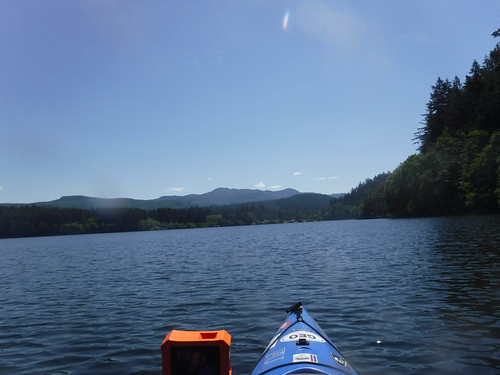 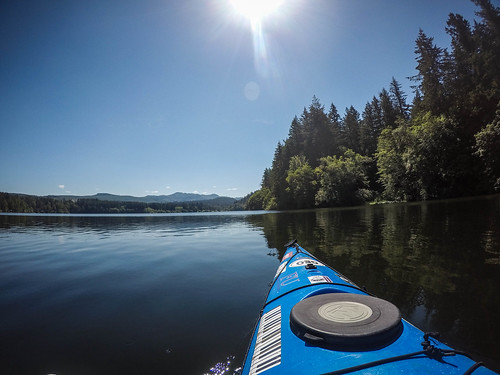 I made it back around the to boat ramp and decided to go around again. This time I was aiming more for straight across the lake. I still pretty much curved around the shore. 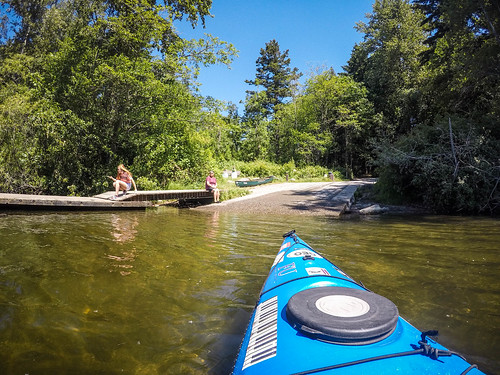 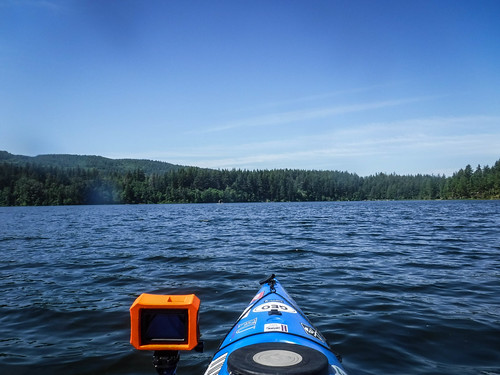 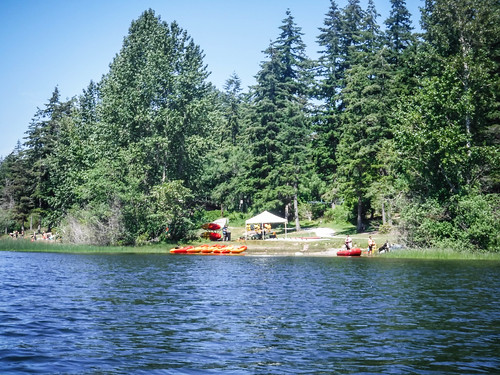 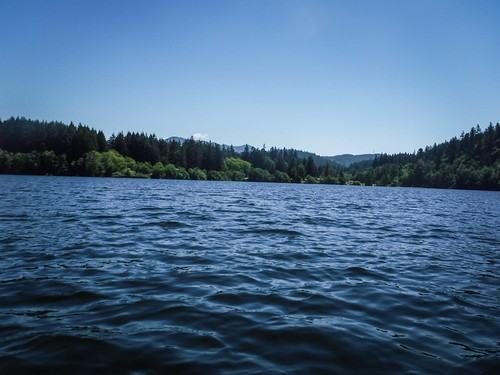 I figured twice around was enough for a shake-down cruise. The crowds were starting to pick up, so I decided to call it a day. I paddled less than three miles on this outing. 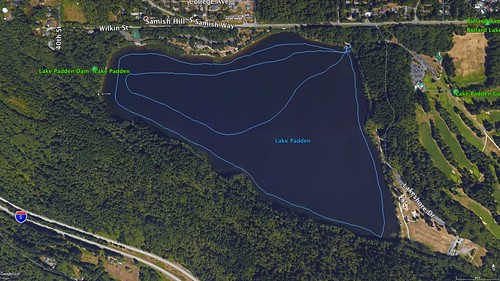 Here’s a time-lapse of the trip:

Lake Padden is a nice, quick escape. It would be a great place to introduce someone to kayaking. Just watch out for the crowds. 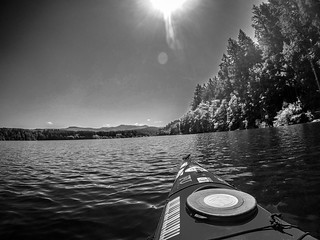