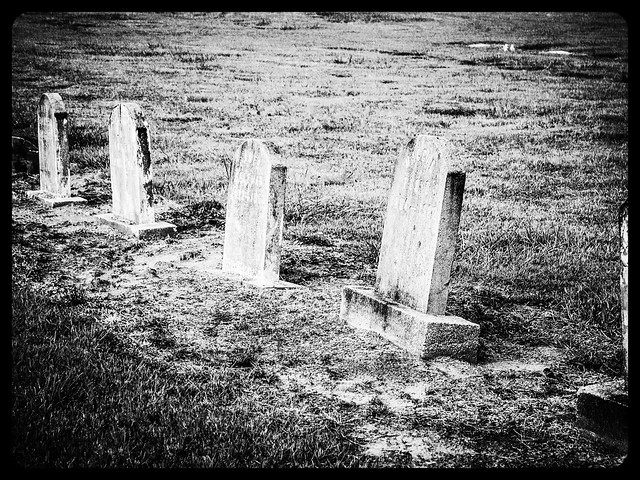 I was out and about on a beautiful Tuesday afternoon trying to hunt down the perfect photo. I also had a box or so of old electronic gear in the back of my Subaru. I figured in my ramblings I’d probably pass one of the county’s many “convenience centers,” and would be able to recycle it.

My rambles took me to the community of O’Neal, north of Lake Cunningham on Highway 101. Just off of O’Neal Road, I saw a sign for a convenience center on Camp Road, just around the corner. As I pulled into the center I spotted a chain link fence and a row of strange headstones. 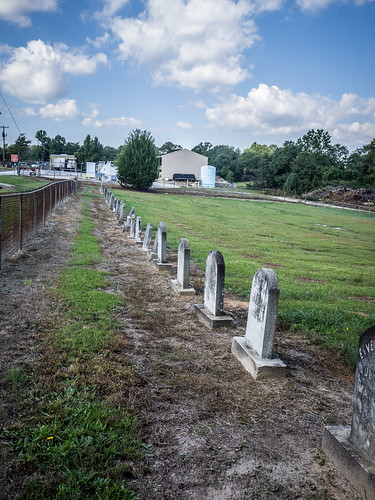 The way these were lined up, and since they were right at a disposal center, I wondered if it might be a K9 cemetery. I dropped off my electronics and drove back around.

Turns out my first impression was very, very wrong. The headstones had quite human names on them. 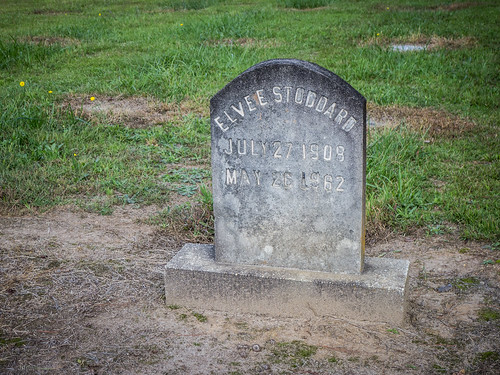 However, the stones were…odd. There was one straight line of headstones, all the same. It reminded me a military cemetery. Behind that were a few rows of flat headstones. The names on the standing stones were all unrelated, as far as I could tell. There were no family plots or groups with the same last name.

The gate to the cemetery was open. However, there was lots of dump truck traffic going into the disposal center just then, and my car was at risk where it was parked. I didn’t explore further. I marked the site on my GPS to check out later. 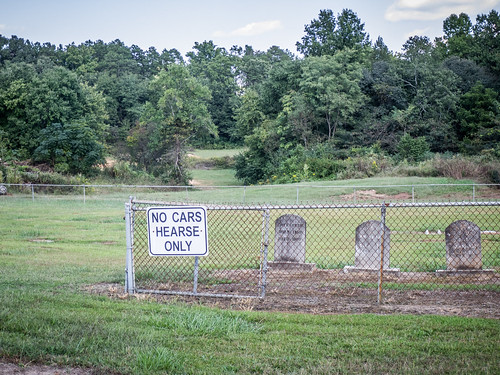 When I got home and checked out the location in Google Earth, both GNIS data and the topographic overlay identified the area as the O’Neal Detention Center. 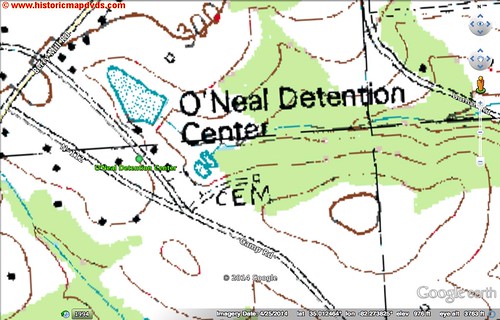 Had I stumbled on a prison graveyard?? Even that didn’t make sense, though. There were mixed genders (I had to go back to my photos and double-check.) More disturbing was that there seemed to be far too many graves for a detention center – a full-blown prison, maybe, but not just a “detention” center.

The standing stones were the only ones I observed, and the only ones that showed up in my photos. All of those with dates visible date back to the 1960s. I didn’t know if that could be a clue. I started searching.

Cursory Internet searches turned up nothing on the cemetery. I then searched on the first name on one of the standing stones, Elvee Stoddard, and turned up information at Find-a-Grave. The link gave me no more information about the individual other than birth and death dates, but it did give me a link to more names in the cemetery, including those on the flat stones. Here I was able to find a listing of the interments, and the mystery deepened.

For example, Mary Irene Dodd was born in 1966 (younger than I am) and died in 1993 “at her home.” She was just 26, but obviously hadn’t died in prison. Her headstone, however, had the words “Black Female” right below her name. That’s an odd thing to put on a headstone. U. K. Casey similarly had “White Male” on his marker. John Brondy Cole’s obituary was also on Find-a-Grave, and it lists him as a “retired farmer.” He died in a nursing home at the age of 91, so obviously not a prisoner, either.

In all there were 168 interments listed. The earliest was 1960 and the latest was in 2000, although there are several birth and deaths listed as “unknown.”

While I could find lots of info about the individuals buried there, I couldn’t find out anything about the cemetery itself. My guess is that this was the equivalent of a pauper’s graveyard. The county owned the land, and used it for those who were not associated with a church that had a cemetery and could not afford burial in a commercial cemetery. While the location next to a disposal center might not be ideal, and lends itself to all sorts of bad jokes, at least the cemetery looked tended, and through Find-a-Grave these individuals are not forgotten.

UPDATE: Keith’s comment below seems to have been confirmed. I posed the question to the Abandoned, Old, and Interesting Places in South Carolina Facebook group and got lots of responses. George Chisenhall posted a link to an article in the Spartanburg Herald that discusses potter’s fields around the state, and policies for indigent burial. From the article..

That also explains why the last date on Find-a-Grave is the year 2000. Mystery solved.