I was able to get out for a couple of photographic rambles this week. I saw some cool things, and took some interesting photos. Apart from what I’ve already written about those trips, for whatever reason I haven’t felt inspired to blog about those trips. I don’t want to neglect them, though, so I’ll just do a brief summary.

(UPDATE: OK, I got carried away and found I had seen more than would fit into a single blog post. I’m breaking it into multiple parts.)

On Tuesday I headed east. I got a little ways down I-85, roughly on my way to the Clifton area, when my plans changed. I wound up joining my sister, Susan, for lunch. In route to her house I passed by the District Five offices. It was the first time I’d been by there since my retirement, and it felt…weird. I noticed lots of cars in the parking lot, and remembered that Tuesdays were principal meeting days. I kept going.

After lunch I made my way back across country through upper Greenville County. I found an old cotton gin near the Holly Springs community… 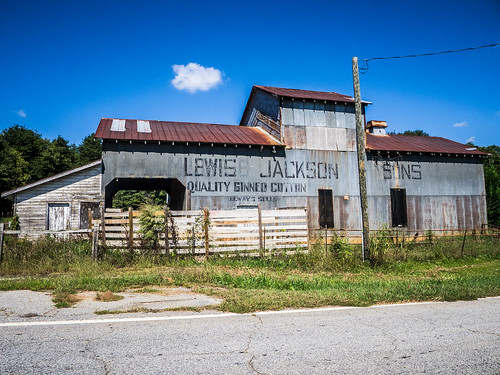 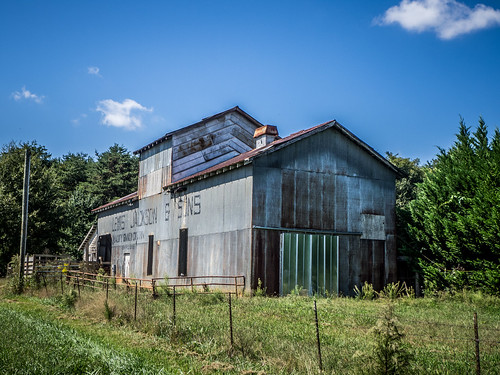 …swung past the Berry Mill area… 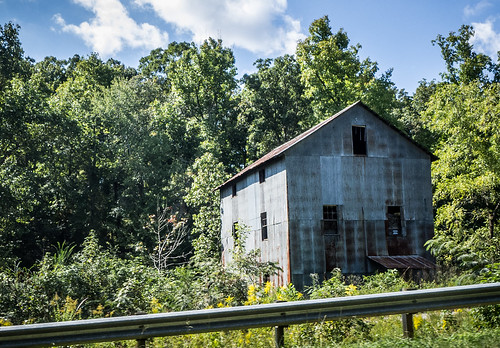 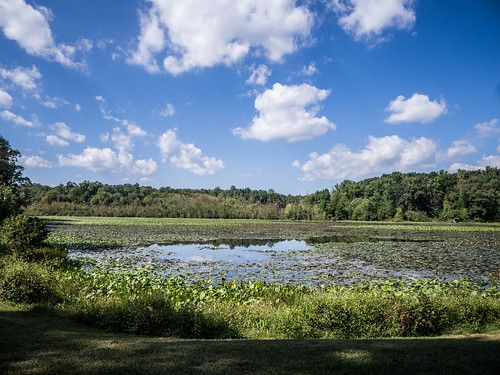 …and popped by the Little Texas Store near Travelers Rest. 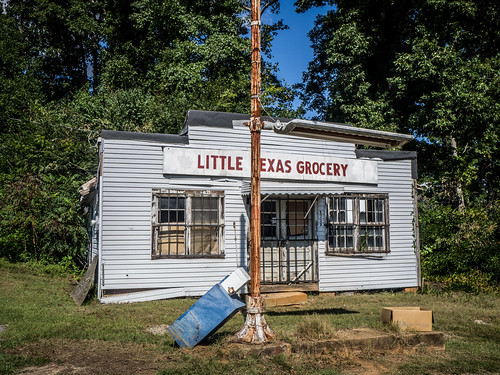 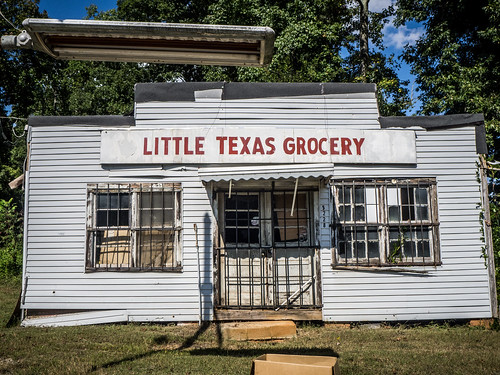 Wednesday was different. I headed out about the same time as Laura went to work. My plan for the day was to head to Union County and make my way down to Whitmire. If I had time, I’d even venture over to Fairfield and Chester Counties.

I headed down I-385 and took Highway 101 toward Woodruff. I stopped briefly to check out the old high school building, now used or city offices, then continued on my way. Eventually I reached the point where Walnut Grove Road crosses the Tyger River. There I found the recently opened Tyger-10 Nature Park, built but the Tyger River Foundation. I had to check it out. 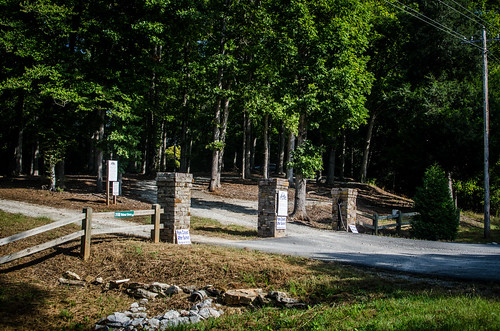 This area is near and dear to me. The park is just below the confluence of the North and South branches of the Tyger. Where the rivers come together the water drops over Nesbitt shoals, making for a nice little bit of whitewater. Bob Donnan and I have run this section of the river several times, taking out on the other side of the river at a nice sandy beach area. 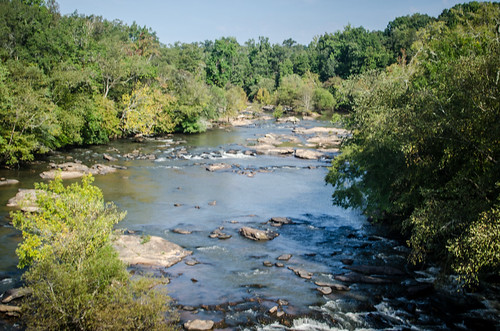 Sadly, the last time we tried to run the river (which as been many years ago, now) our take-out spot had been changed ownership, and the new owners had put up No Trespassing signs. There was really no more access to the river. Apart from the annual Tame the Tyger races, there was no good way to run these sections without a bit of trespassing. 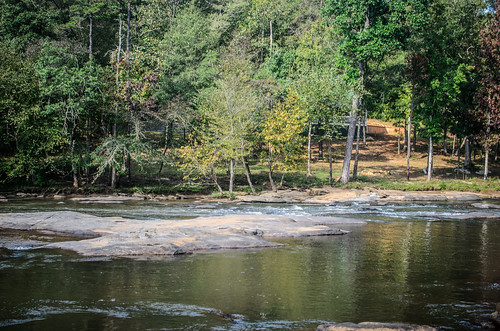 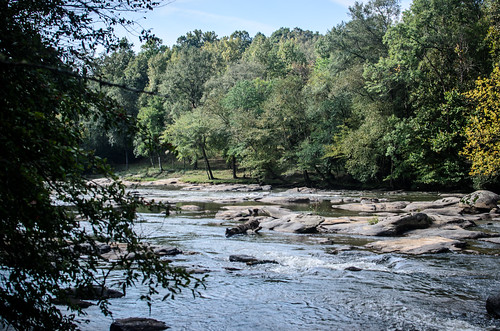 The new park changes that. In addition to river access there are trails, benches, and nice places just to hang out. 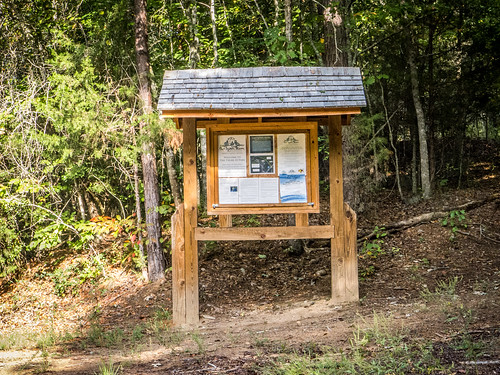 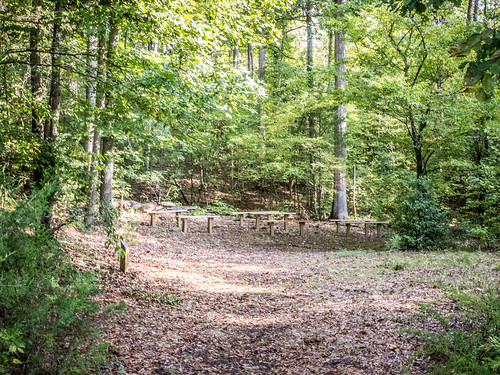 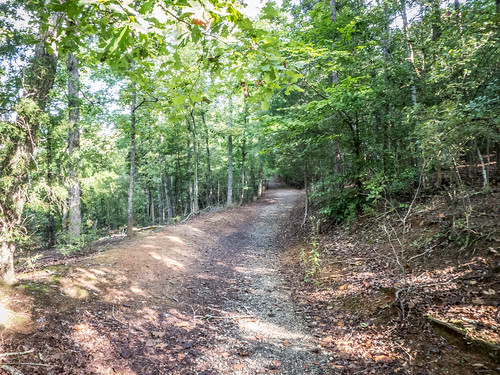 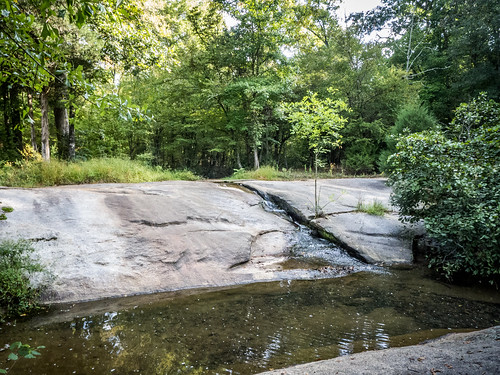 The riverside trail lets you get up close and personal with the shoals. This is the site of a major kayak wipe out for me. It was a cool spring day and the water was up. I wasn’t paying attention and hit an insignificant little rock at the top of the shoals. This was a sit-on-top, so I came out of it, and my boat decided to run the rapid without me. Fortunately, Bob was able to retrieve the boat and paddle, but I was stuck on the rocks in the middle of the river with cold, bleeding legs, and not knowing how badly I might be injured. We found a bit of hose pipe that we through over a limb to help me get across the rapids, but I recovered pretty quickly after the initial shock. I was just glad this was at the end of the run. The rapid doesn’t look too bad from this perspective. 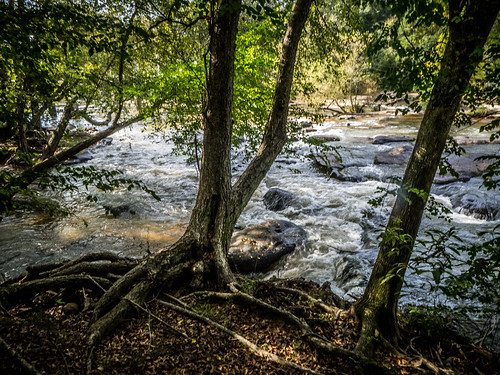 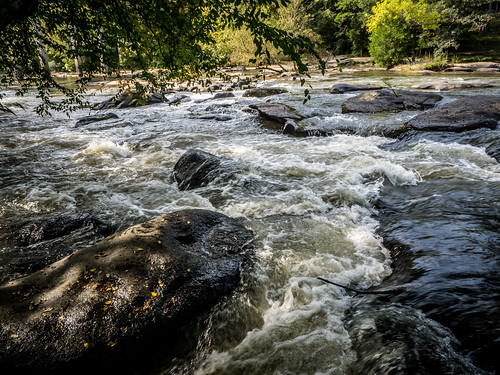 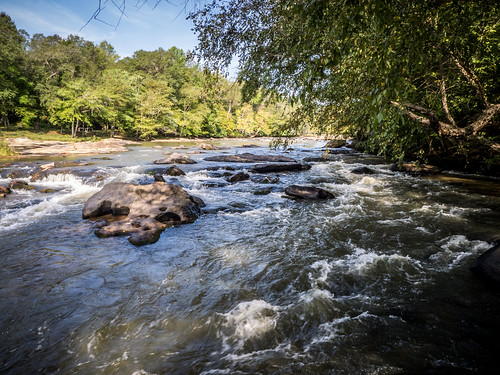 I left the Tyger-10 park and continued on my way. My idea was to pick up Highway 49 and take it across to Union. Along the way I managed to find Hebron Methodist Church, the Benjamin Wofford Birthplace, and a couple of old country stores that were falling in. 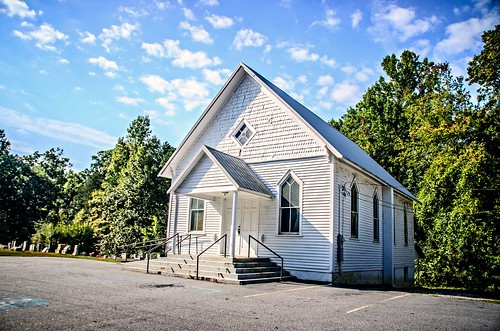 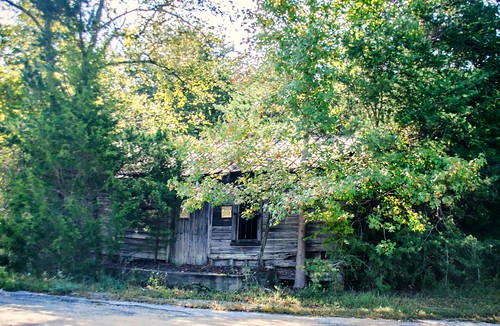 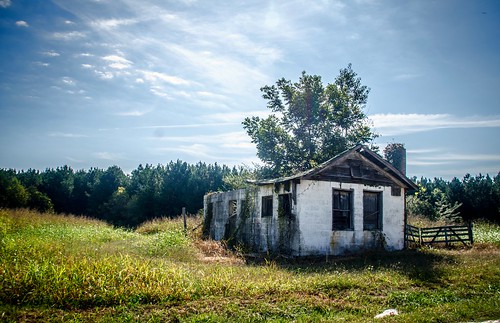 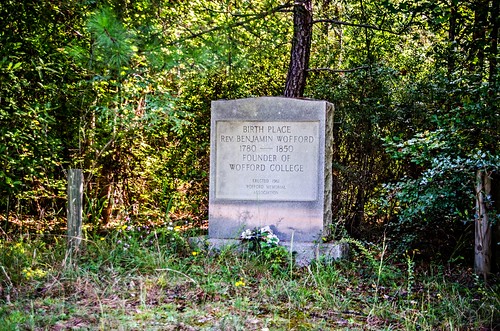 Eventually I found myself at Cross Anchor. The road I was on dropped me onto Highway 146, which merged with Highway 56 coming into the north part of town. This passes by the old Cross Anchor school – an old “Equalization” school that’s been closed for years. 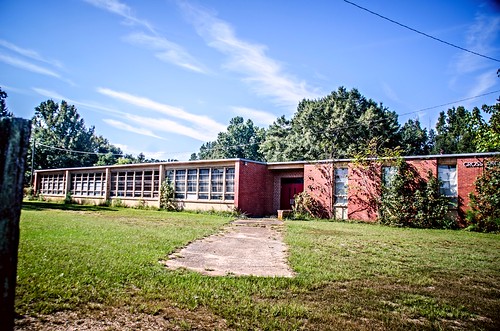 From there I continued to the Cross Anchor proper, at the crossroads of Highways 56 and 49. There is one active quick shop on one corner of the crossroads, and three dead ones on the other corners. 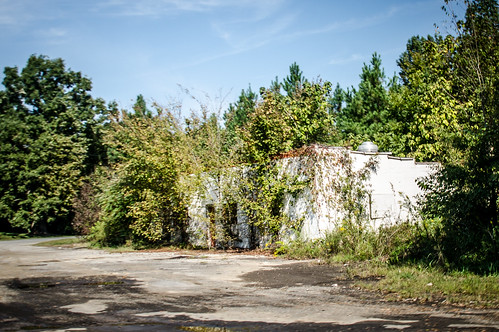 A few hundred feet west of the crossroads on 49 are a couple of other old buildings. Two buildings are completely in ruins. One is a Masonic lodge. beyond that was another quick shop that seemed to still be in business. An active post office was also in that row. The first building below looks like it might have been a bank. 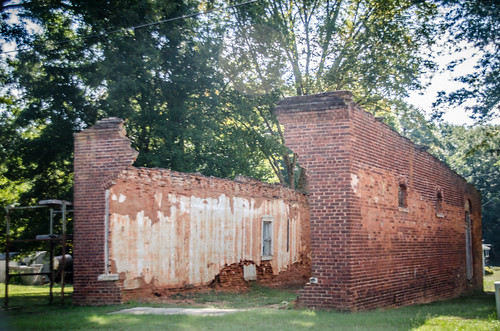 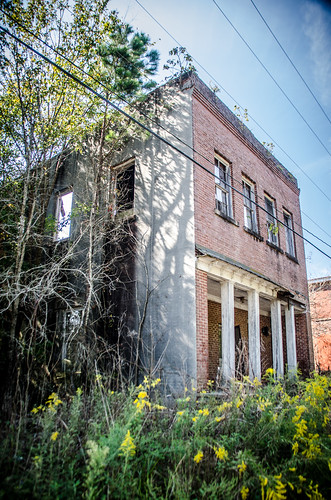 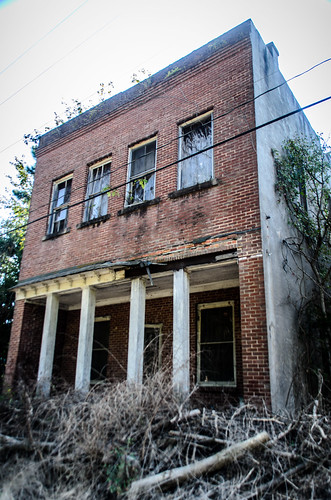 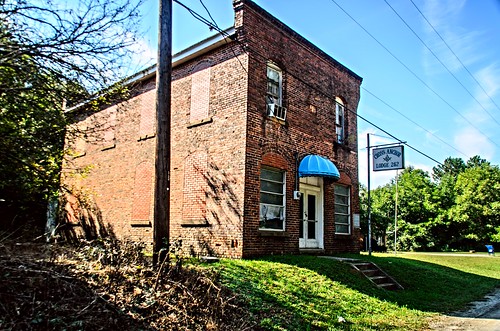 I tried to find a Sanborn Insurance Map of the town to help identify the buildings, but there didn’t seem to be one available.

I left Cross Anchor headed east on 49. I made one brief stop at the Cross Keys house. I’d like to stop by when they are open for tours. 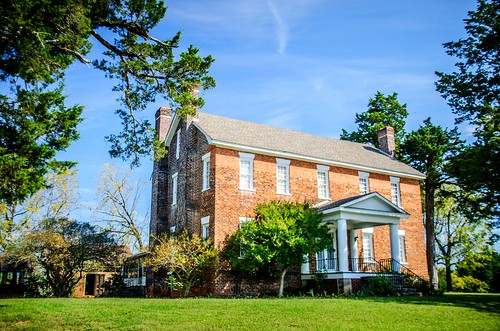 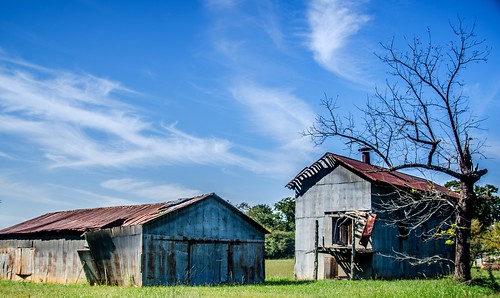 It was still fairly early in the day, and I still had lots to see. I’ll pick those up in the next post.