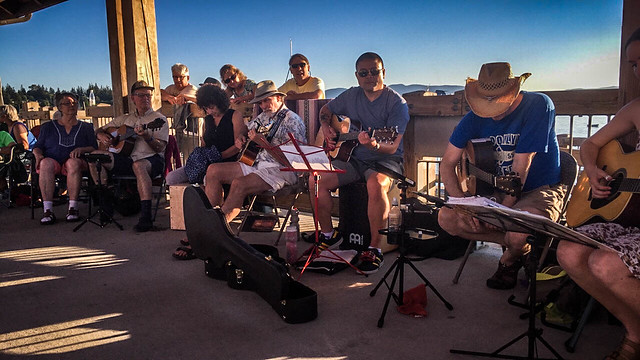 With our time in Washington getting short I’ve stopped checking the newspapers and online sources for things I might want to do. Quite frankly, it just gets me depressed. There is so much going on up here and I can’t do it all. It’s best if I just don’t see it. It certainly makes no sense to get involved in yet another music group. However, there was one session that caught my attention and I just had to check it out. After our ferry trip to Friday Harbor I headed up to Taylor Dock in Fairhaven for Music on the Dock.

I had spotted the group on Facebook and it immediately appealed to me. This is an informal group that plays a wide range of music. You bring whatever instrument you have. The setting was as appealing as anything, overlooking Bellingham Bay at sunset.

I loaded up a guitar, a folding chair, and my iPad and headed on up toward Bellingham. I was lucky enough to find a parking spot right at the top of the stairs leading down to the dock. 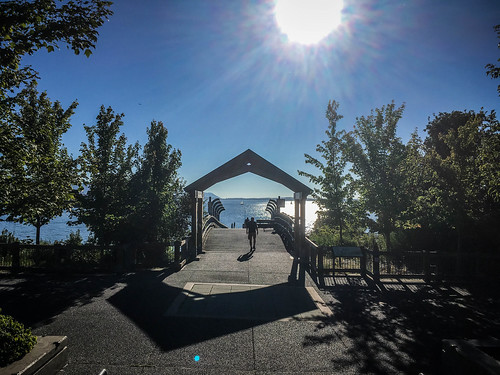 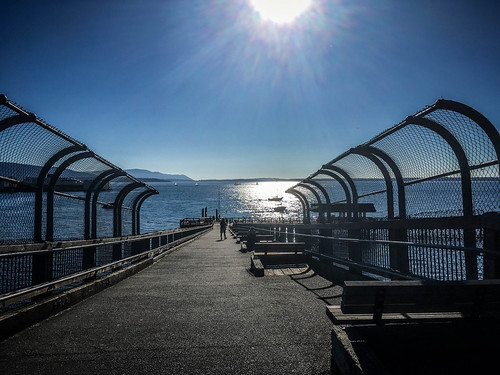 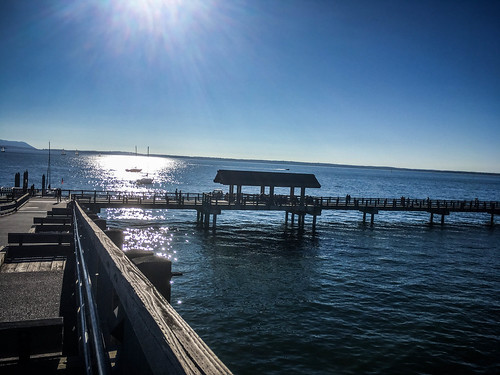 A sizable group had already gathered. I introduced myself and met the de facto leader of the group, but promptly forgot his name. I think it was John. I set up my chair in what I hoped was an inconspicuous corner and got out my guitar. 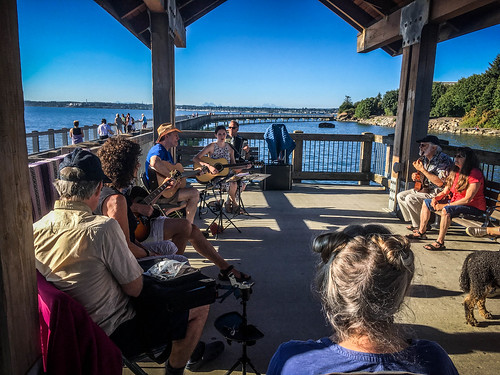 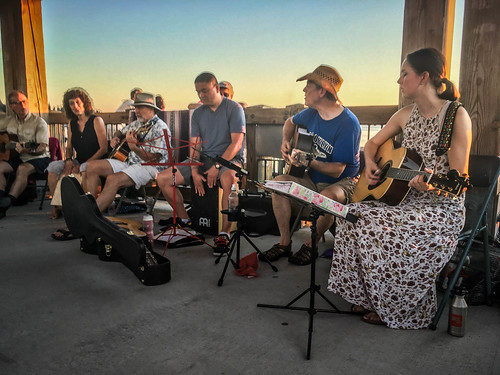 Others joined us. There were lots of guitars, but many of these folks brought multiple instruments. In addition to guitars there was an upright bass, two saxophones, two accordions, a ukulele, harmonicas, two cajons, and at least one tin whistle. 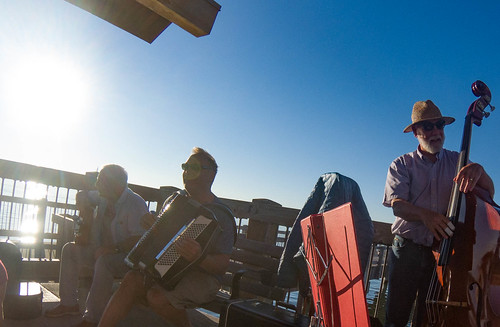 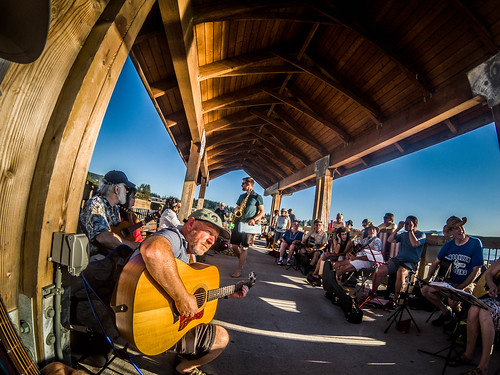 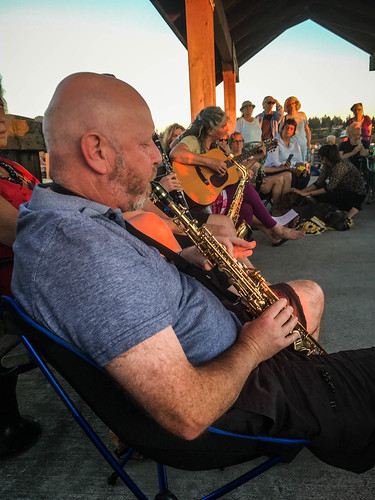 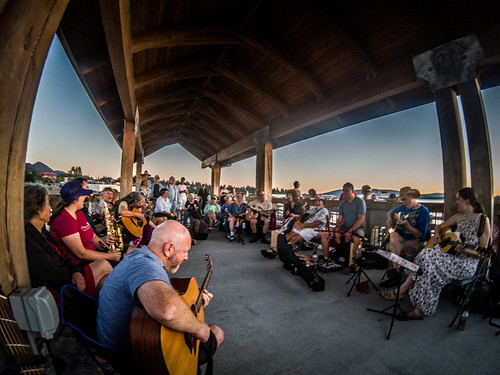 These guys were incredible and I had a hard time keeping up. Someone would suggest a song and quickly outline the chords, then they would jump right in. A couple of them used printed music and had stands. I couldn’t get a signal in my iPad so I tried to use my phone as best as I could, but it was awkward.

Here’s one sample. They broke into “I Wish” by Stevie Wonder and absolutely rocked out on it. We had soprano and alto sax playing and the horn section really made the piece. There were high school and college kids diving off of the dock. They came up and started dancing as we played. It was quite the party.

Here’s a playlist with some other tunes. We played some Cajun as well as other pop standards. It was a blast.

The sun set as we played. I paused to catch a couple of photos, but they kept right on going. 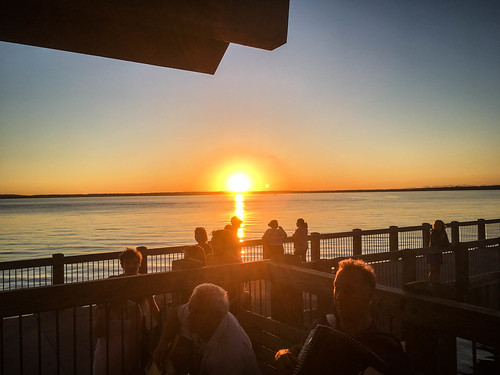 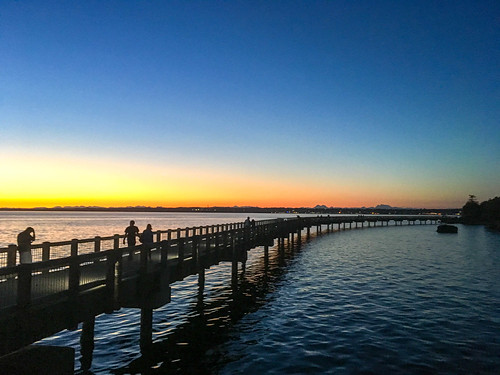 Before I knew it, it was 10:00 and the party was still going strong. With the ferry ride earlier I was just about worn out, so I decided to call it a day. As I walked up the dock and back to car I could still hear them playing. 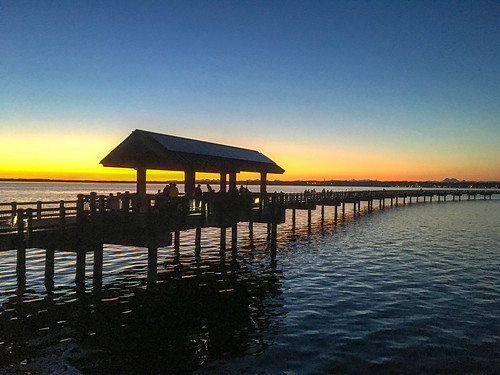 The whole experience was a blast. I didn’t really meet anyone new or chat because we were all busy making music. I wish I’d known about the group earlier. Apparently they only play during the warmer months and their schedule is erratic. It could be on a Sunday or on a Thursday, as this one was. Basically, it’s at the whim of the groups organizers and you have to watch the Facebook page for announcements.

Even so, now that I am aware of them I’ll have to look them up the next time we’re back in the PNW. 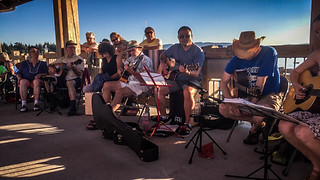