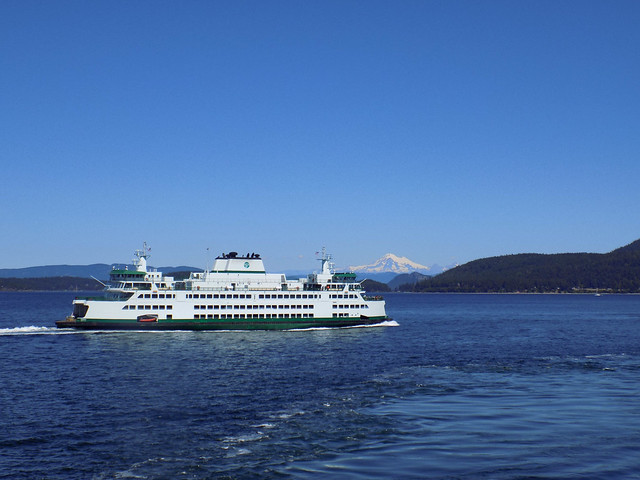 Less than two weeks!! That’s all the time we have remaining on the island. In reality, it’s less than that as four of those days will be spent in Chicago at a family wedding. Where did the time go? With the travel, packing, and squeezing in last minute music gigs, I have officially reached the freak-out stage of this adventure. We did manage t get in one last ferry trip to Friday Harbor, as well as seeing some elk along the Skagit River.

As I was driving back from my Baker Lake paddling trip I came across a large herd of elk. These were not in the usual place that we see elk, but in a pasture closer to the town of Sedro-Woolley. When I reported back to Laura, she wanted to see them, so after dinner one evening we headed out in the Mini for a short ride. 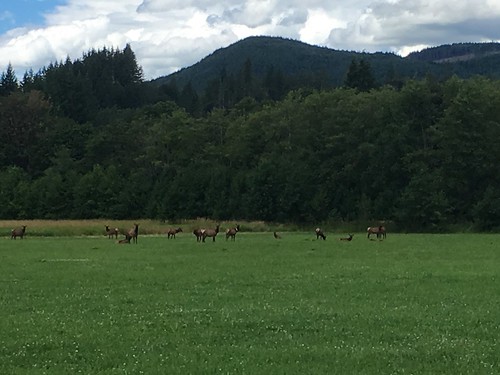 The elk were even closer to town this time. The herd (or another one like it) was in a different pasture. Sadly, all I had was my little Nikon camera. It only has auto-focus and tended to focus on the fence and grasses rather than the elk. At least I got a few shots. 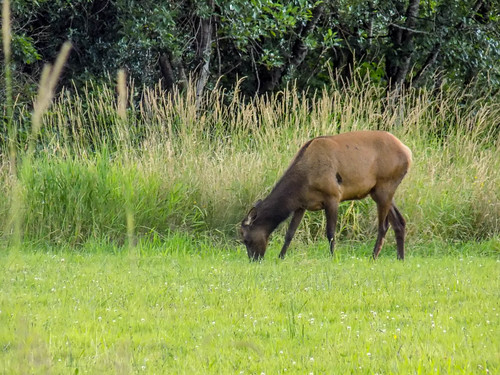 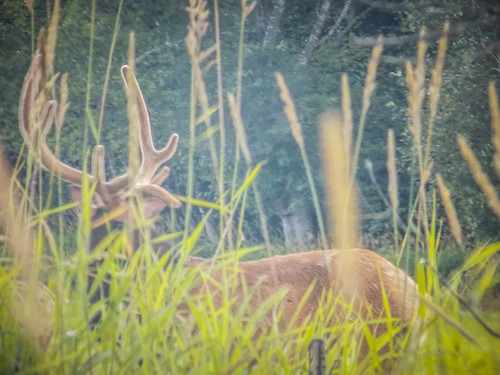 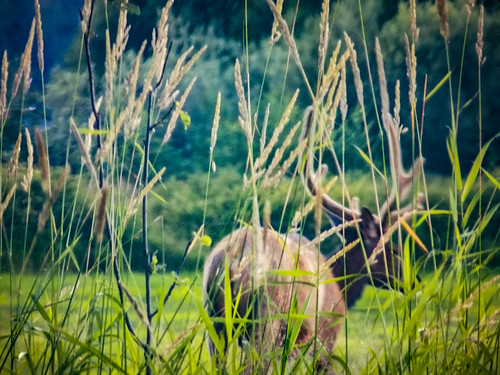 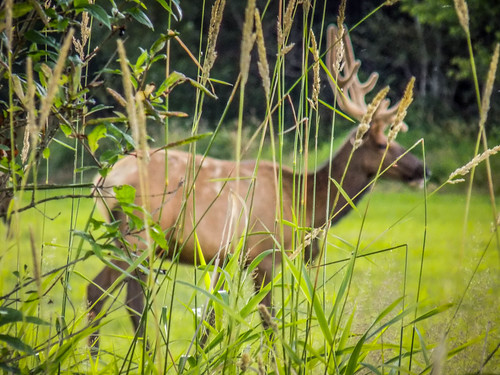 With the July Fourth weekend behind us, we figured that vacation crowds wouldn’t be as bad on the ferries out to the San Juans, so we decided one last trip on a Thursday would be good. We were wrong about the crowds, but it was a good trip.

We boarded as walk-on passengers, planning to just ride out and back. The big problem was that extremely low tides were causing problems with the ferry schedules. Our ferry was nearly 40 minutes late, causing nerves to flare and problems for everyone. There were further delays as a large truck was unable to load because of the low tide. After making several unsuccessful attempts to board it had to be moved out of the way.

When we all finally got on board and spread out everything was OK. As we pass the pilings guarding the ferry dock we watched cormorants sitting on nests on top of the pilings with eggs visible.

The skies were a perfect blue, but with a bit of haze on the horizon from dust and plain old smog. We do need some rain to clear the air. There was lots of boat traffic out and about. 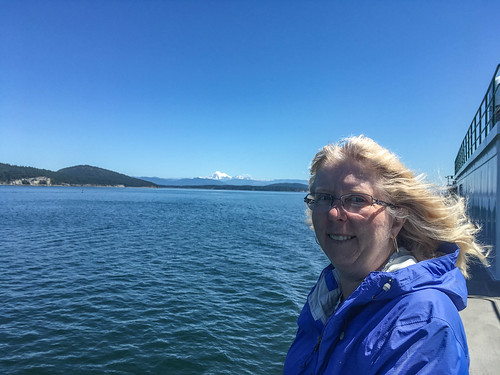 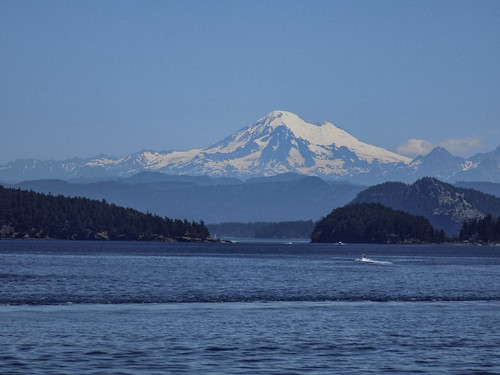 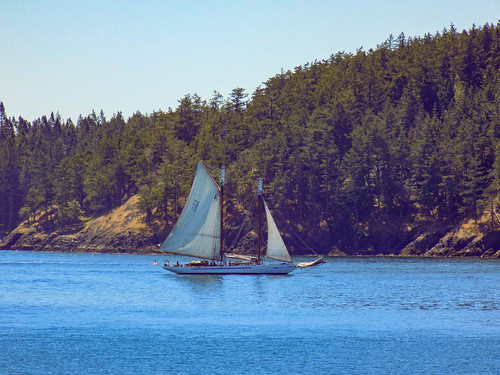 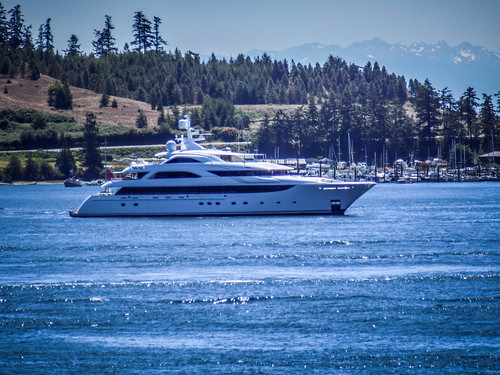 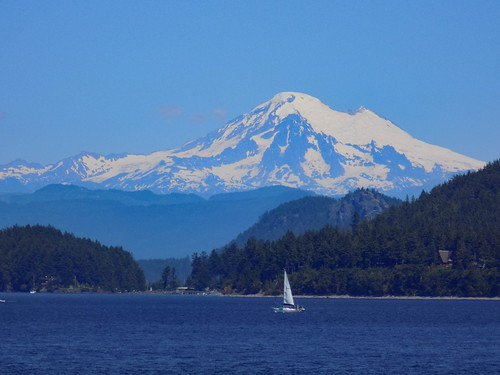 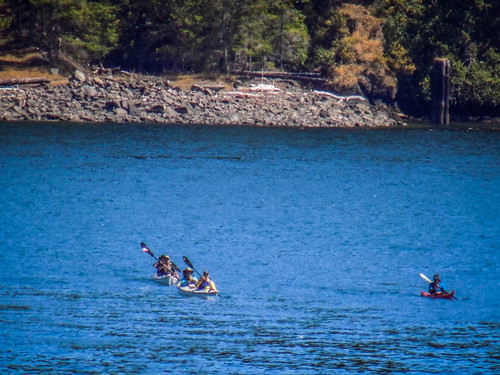 At Friday Harbor we walked straight from the ramp back to the waiting area, then got right back on. To be honest, I didn’t take many photos this trip. I’d done that before and had many of the same shots over and over. I reserved the camera for things out of the ordinary and just relished the view. 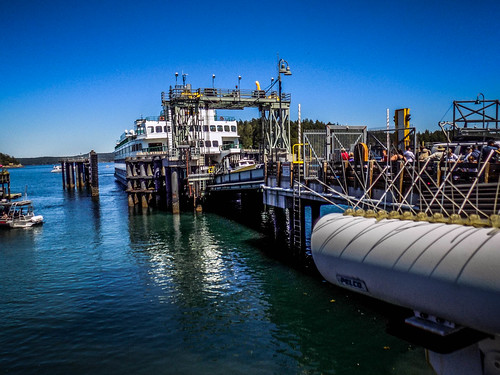 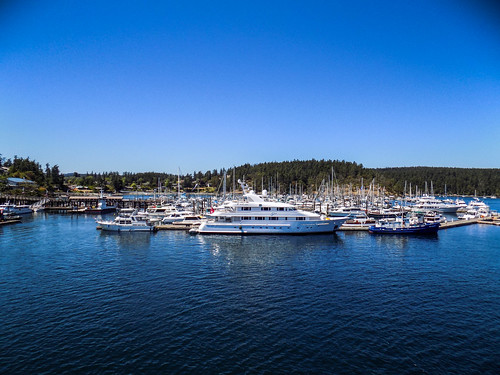 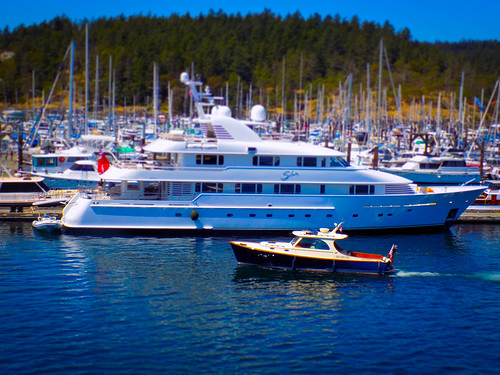 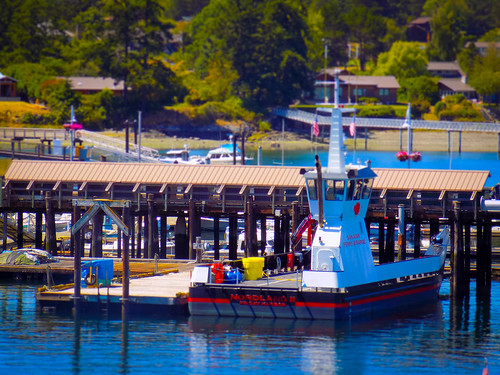 When we pulled back into the Anacortes dock we watched for the cormorant nests. This time, though we were greeted with another surprise. There was a seagull nest with baby chicks. I was able to get some close shots. 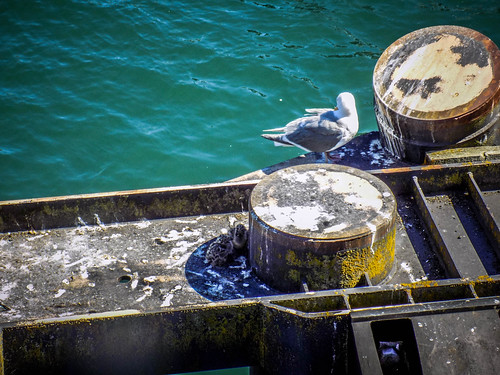 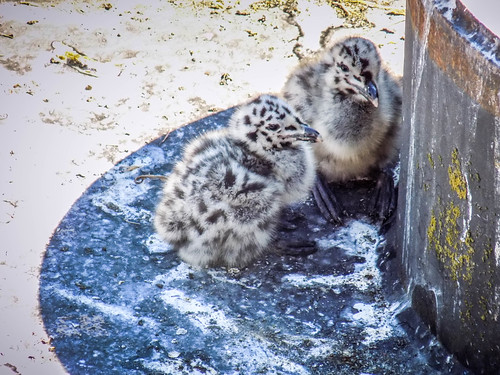 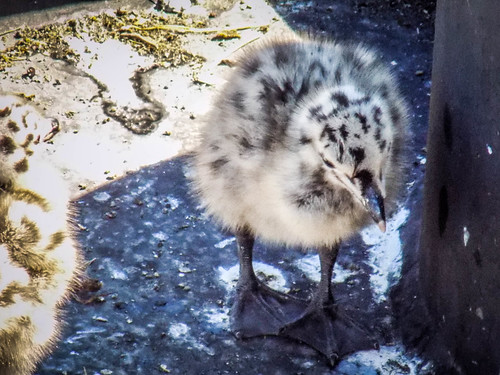 It wasn’t too bad for our last trip out to Friday Harbor for this year. 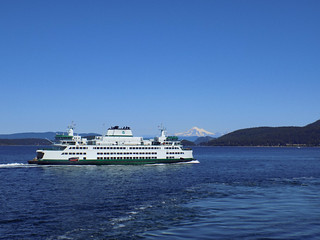