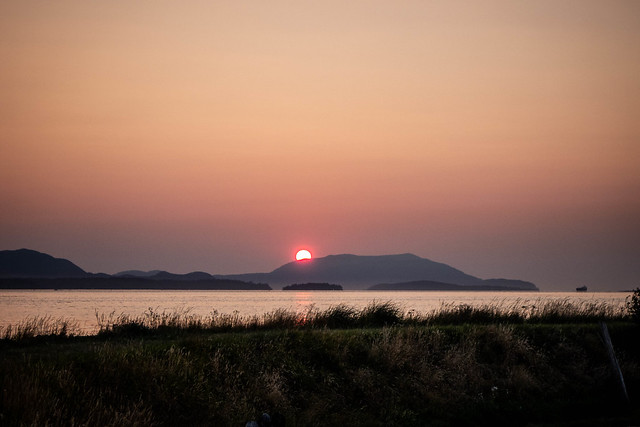 And just like that, a year is over and gone. Well, not quite a year. We arrived in Washington on the first of September and we’re getting back to Greenville around the first of August. It’s close enough, though. We’re now on the road and headed back to the east coast.

That missing month, is crucial, though. It seems that lots of things are scheduled for the PNW in late summer, after the heat of July and while it’s still nice and warm. We will miss the Skagit County Fair, the Anacortes Arts Festival, the opening of crab season and several other things that we’ve enjoyed over the years. That just means that we have to come back next year.

Our U-Haul crate got shipped out last week so we’ve been living out of suitcases for the last few days. We worked on getting the house back in order and deciding what was going in which car for the drive back.

We also spent quite a bit of time with our neighbors and close friends, Duff and Linda. We’re going to miss having them around. Duff and I took took several walks over at the birding area in the flats. We even headed out on the full moon one night, then later caught a spectacular sunset over Orcas Island. 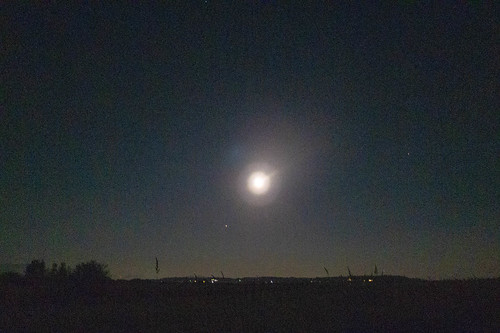 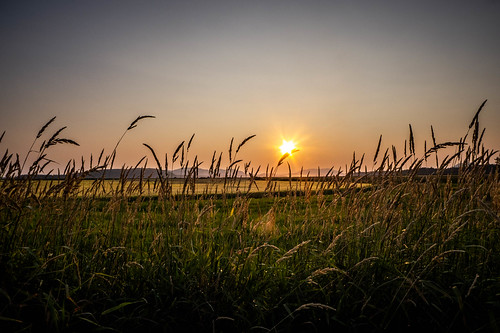 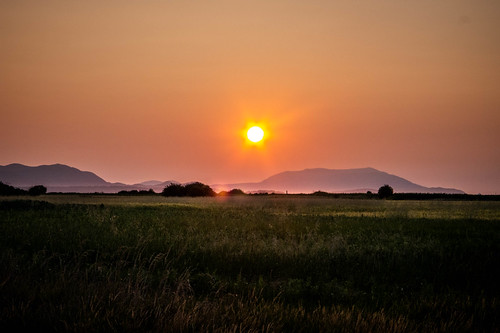 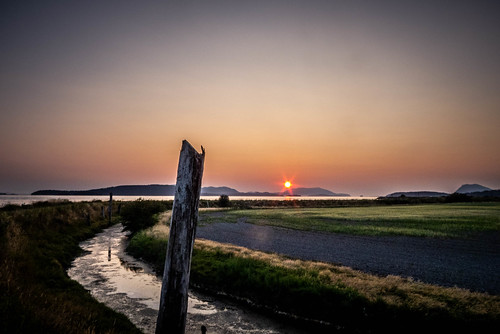 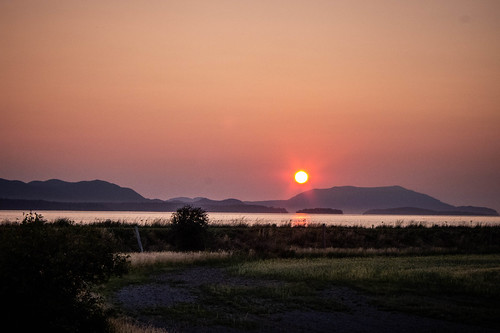 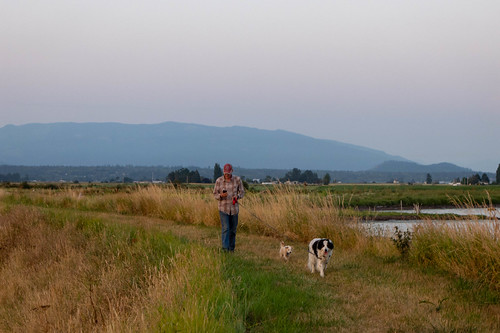 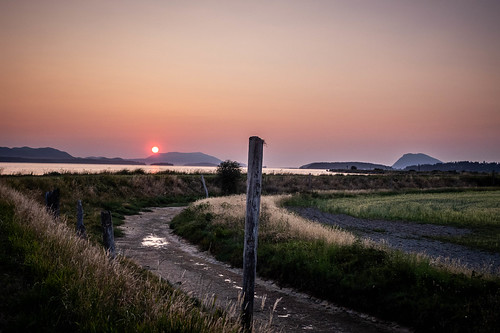 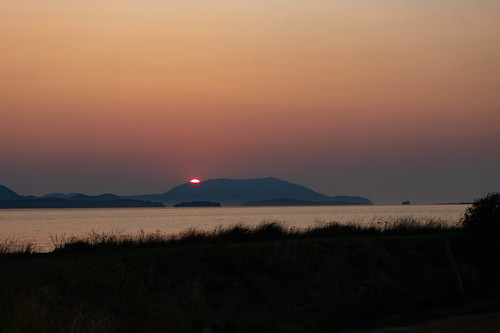 We also wanted to get in a couple of last meals at favorite spots before we headed home. The four of us had dinner at BowEdison Cafe, while Duff and I enjoyed oyster shooters and an oyster burger (Linda and Laura did not partake) at the Old Edison Inn one day at lunch. 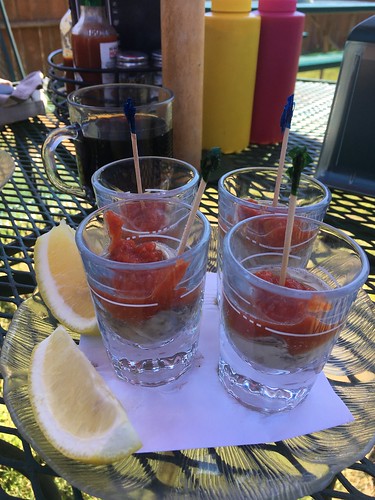 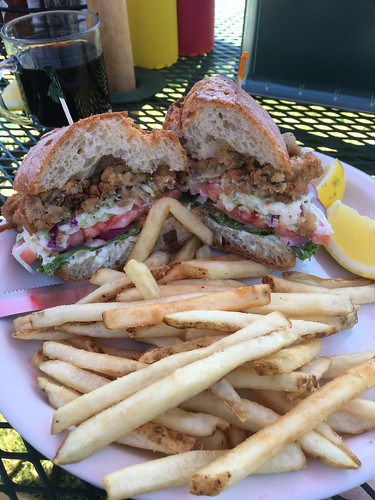 Laura and I even made it to downtown Mount Vernon to catch the Chis Eger Band at a Riverwalk Concert. I would have loved to have gotten up and danced, too, but it was just too darn hot. Even worse, we had no AC at home, so if we got hot here, we had no way to cool down other than sit in the car with the AC on. 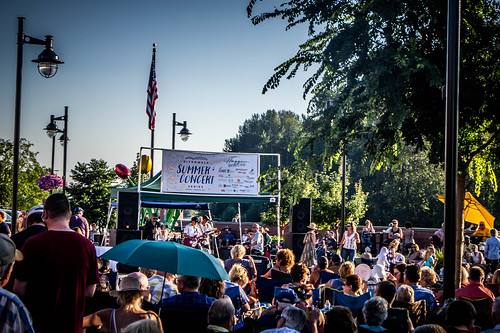 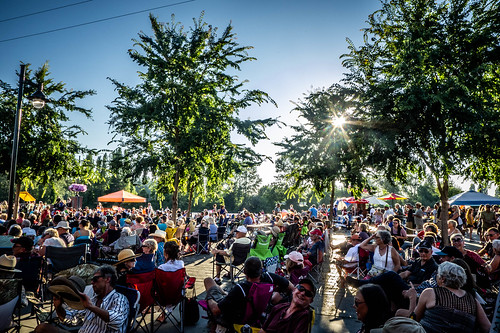 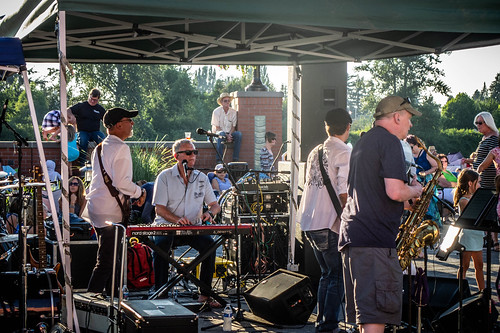 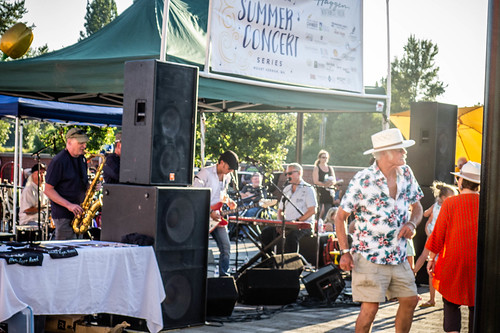 Finally the day came for departure. We’d cleaned out the refridge and pantry as best we could and left the house ready for the next time someone visited. We got got the boats loaded onto the Subaru, both cars packed, and the cats in their carriers. Duff and Linda saw us off. One of our new security cameras caught our departure.

So we’re on our way. There’s much more to write about our reflections and how we spent our time, but for now we’re just concentrating on getting home safely. I will say that we have had a blast in the Pacific Northwest. We will miss our friends, but we will be back. 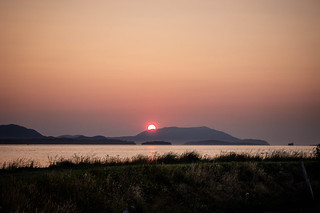