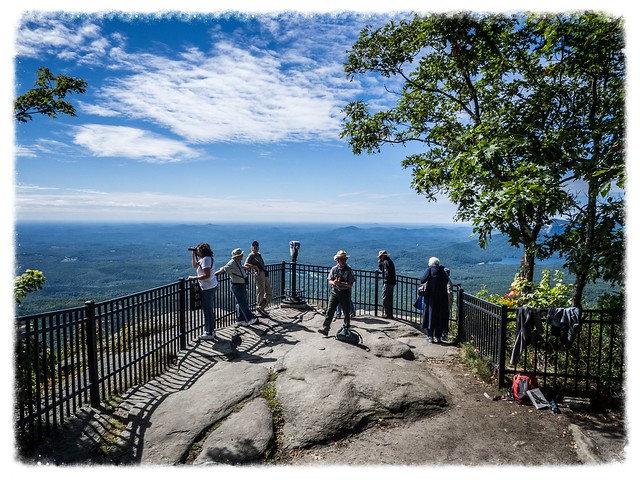 I met several of the local Nature Conservancy staff, and we settled down for turkey sandwiches for lunch. As we ate local director Kristin Austin and donor coordinator Amanda Richardson described the mission of the Conservancy. Afterwards, Ranger Tim Lee talked about hawk migratory patterns. 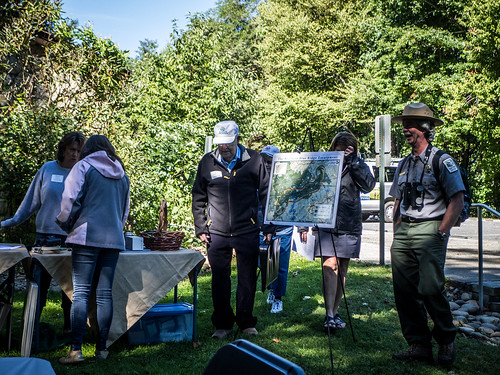 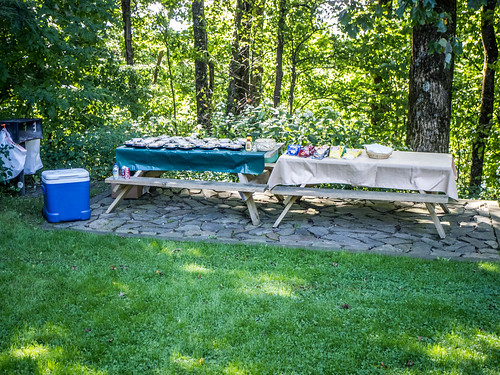 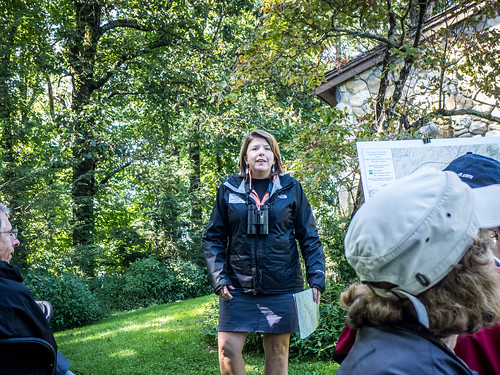 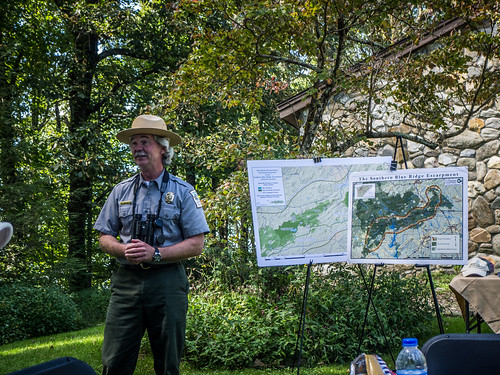 After lunch we headed out to the overlook. I was armed to the teeth – 500mm lens with my D7000, my little Panasonic Lumix for local and landscape shots, and just for good measure I set up the GoPro for a time lapse of the entire proceedings. We were joined be several bird watchers who were involved in an official count. 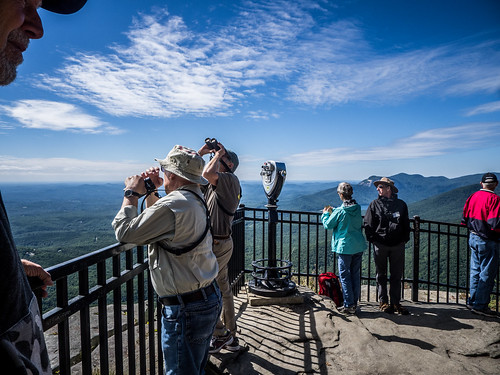 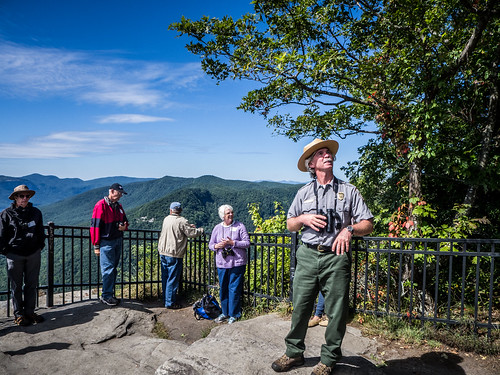 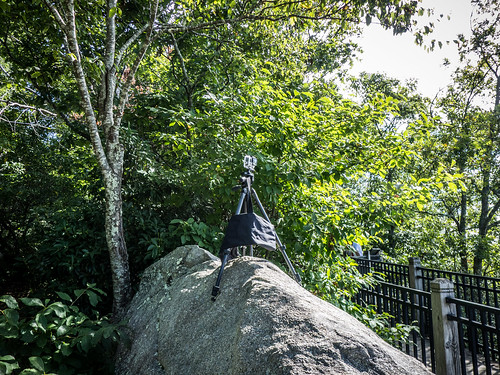 Ranger Tim provided more information about the hawks, including flight patterns and ways to identify the birds in flight. We watched and waited, but the hawks themselves were elusive. Only one lone vulture flew past. 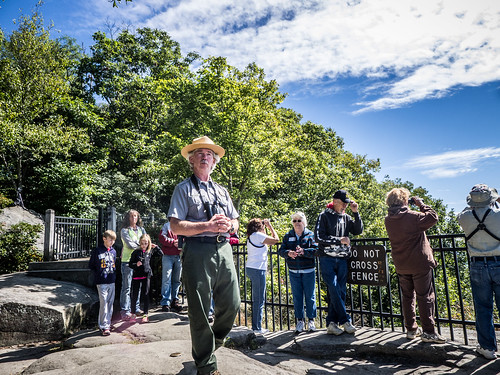 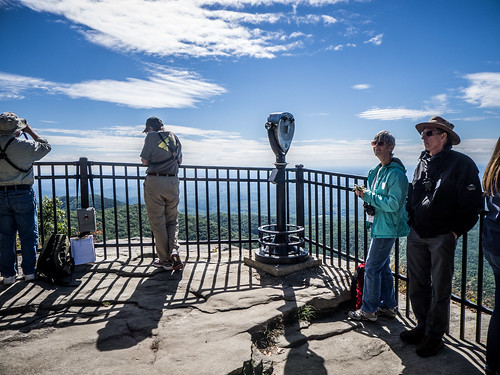 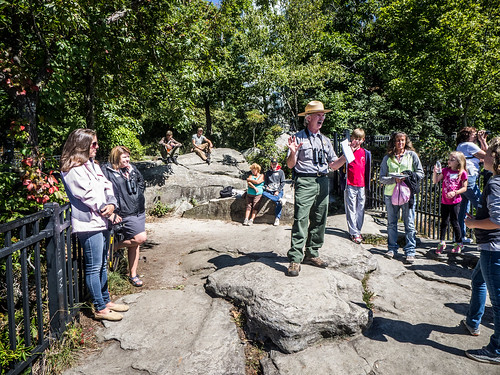 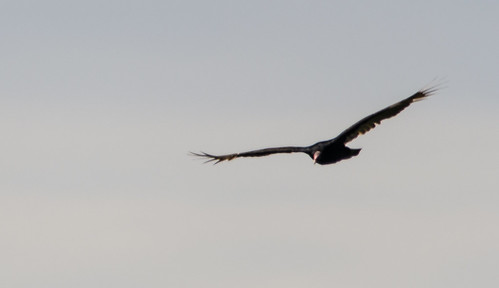 We did see one bird, though. Tim had brought a stuffed red-tailed so that we could see one up close. 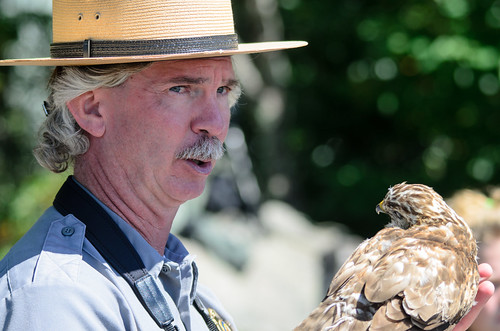 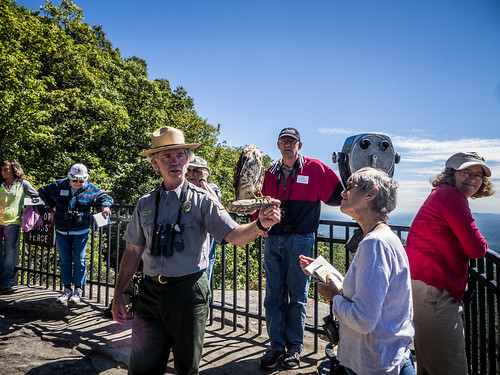 Of course, the scenery from this point is always spectacular. Even if we didn’t see any hawks I enjoyed hanging out in a location with a view such as this: 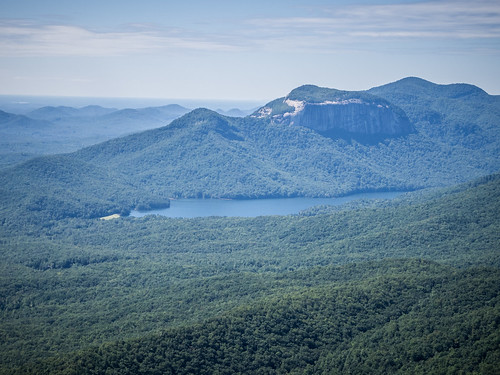 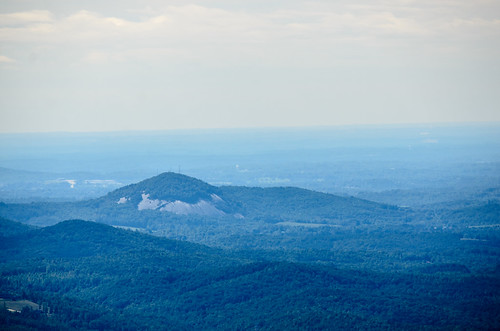 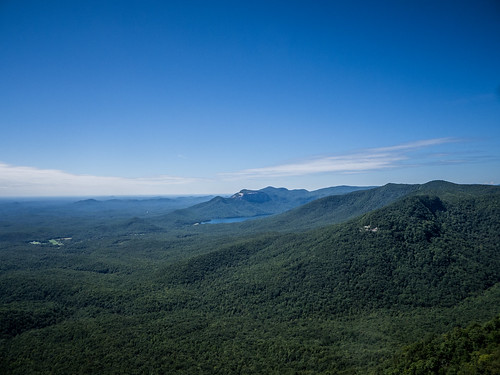 I stayed until about 2:00. The hard core bird watchers kept at it, but I headed on back. I was able to get 1151 images from the GoPro, which gave me about 30 seconds worth of time lapse video.

Birds or no, it was very enjoyable, and I’m glad I was able to participate.